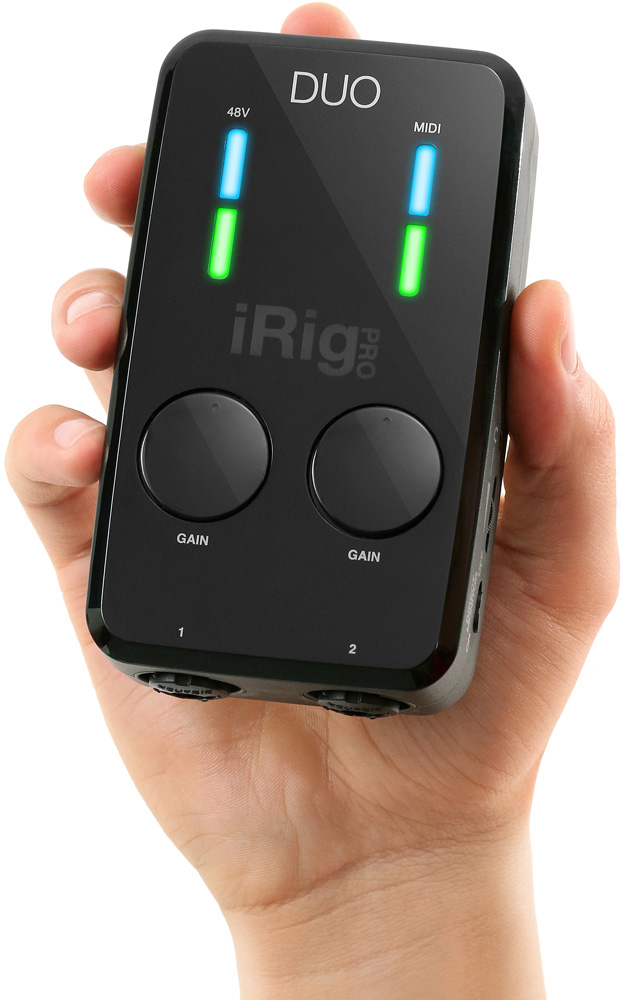 IK Multimedia announced iRig Pro DUO, a new mobile high-definition dual-channel mobile audio and MIDI interface for iPhone/iPad, Mac/PC and Android devices. The smallest fully-featured dual-channel interface, iRig Pro DUO frees musicians to create inspired music on the go with studio-quality audio and a whole suite of features found in interfaces costing three times the price. Designed and made in Italy, it comes fully loaded with everything musicians and producers need to record on the move.

What makes iRig Pro DUO stand out in the crowded interface market is its remarkable level of portability and professional audio quality. Designed to fit recording studio specifications into a travel-ready enclosure, it is the smallest fully-featured dual-channel interface available. Its compact size and multitude of powering options make it ideally suited for use while on the move - for true “off the grid” performance, iRig Pro DUO can be powered by 2 AA batteries (included). Plus, iRig Pro DUO can be powered via USB for Mac/PC or via an optional wall power adapter.

Measuring just 130 x 75 x 38 mm, it fits easily into a gig bag, laptop bag, pocket or the palm of a hand. iRig Pro DUO’s high-grade analog circuitry and no compromise power supply design provide studio-quality sound on the go. Its dual XLR/TRS audio input jacks can be used to plug in guitars, basses, keyboards, line-level instruments and microphones to capture transparent 24-bit audio on the go. Players can record two channels of audio simultaneously using two instruments, two studio microphones or any combination of instruments they desire. MIDI controllers and instruments can be connected with ease thanks to iRig Pro DUO’s MIDI IN/OUT jacks. All the required cables for connecting MIDI hardware are included (TRS to MIDI-DIN). 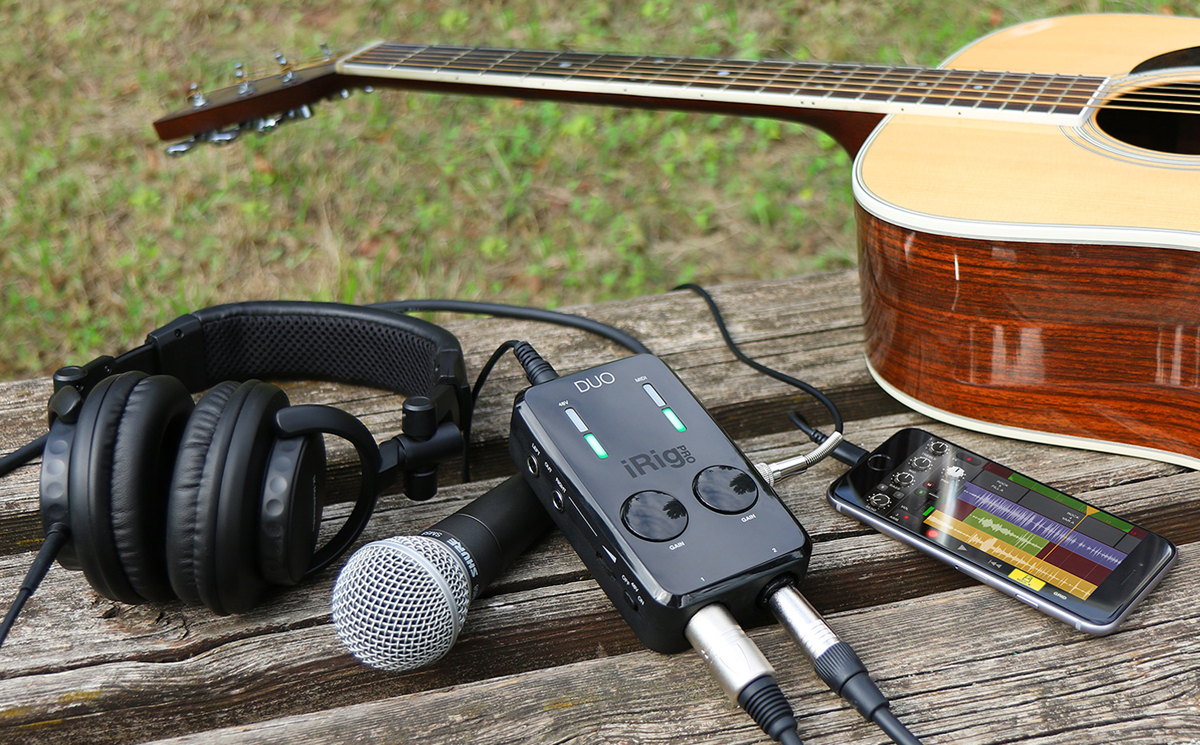 iRig Pro DUO can accommodate 48V phantom powered condenser microphones and sound can be conveniently monitored with zero latency via either its 2 balanced TRS outputs or its headphone out jack with onboard level control. 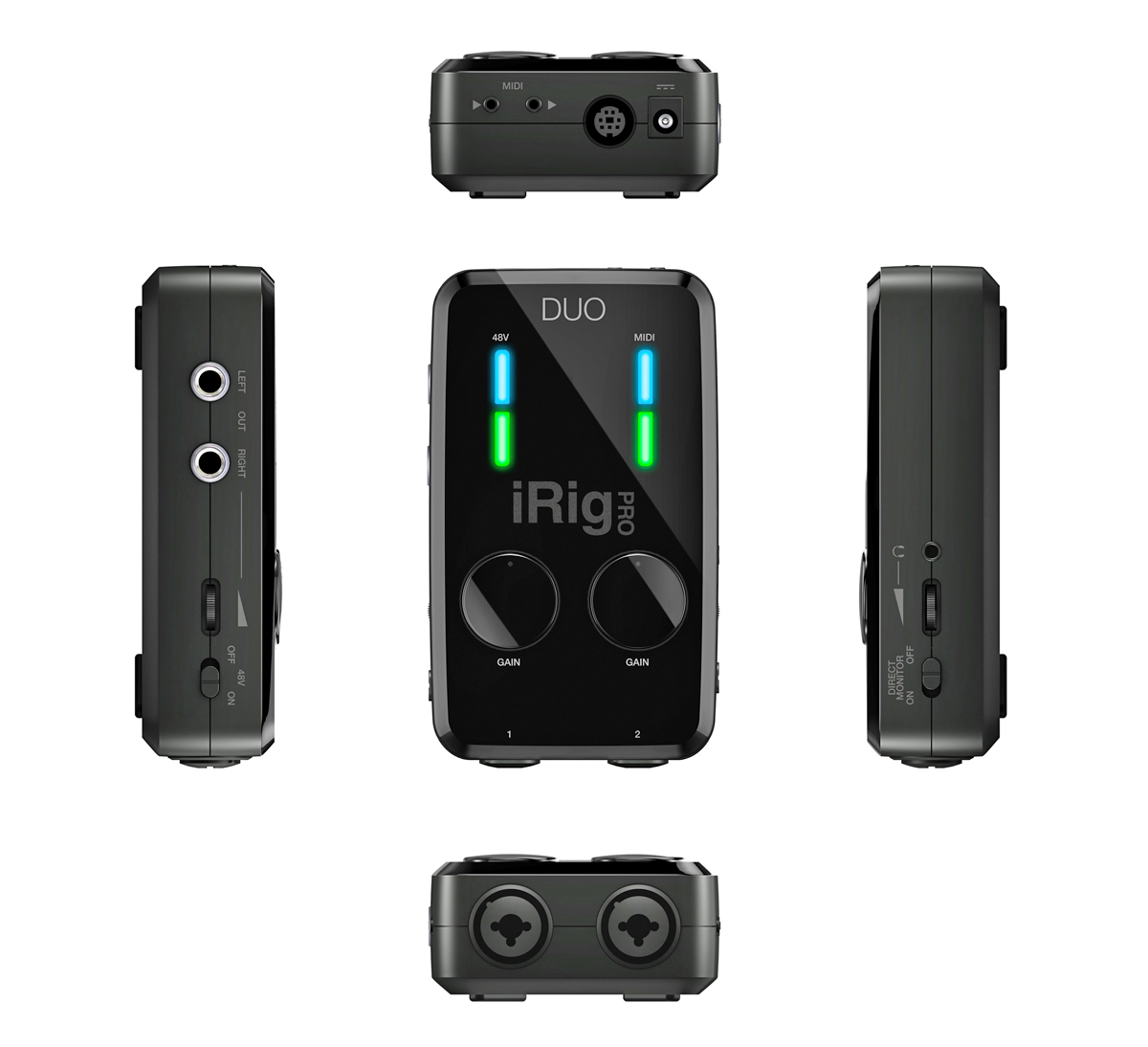 iRig Pro DUO’s high-quality balanced outputs can easily drive any kind of input. They deliver a stunningly clear audio signal thanks to its exceptional output drivers. The totally floating design of iRig Pro DUO’s balanced outputs protect it from potential ground loop issues and buzz when performing onstage with iOS devices or laptops. This design makes it the ideal audio interface for live performing musicians that want to connect their gear directly to the stage audio system, also serving as a DI Box.

iRig Pro DUO also comes with over $/€450 worth of useful apps and software from IK Multimedia that allow it to work right out of the box. These include powerful tools like AmpliTube Metal, SampleTank SE and T-RackS Classic for Mac and PC as well as a full complement of recording and processing apps for iPhone, iPad, iPod touch and Android devices.