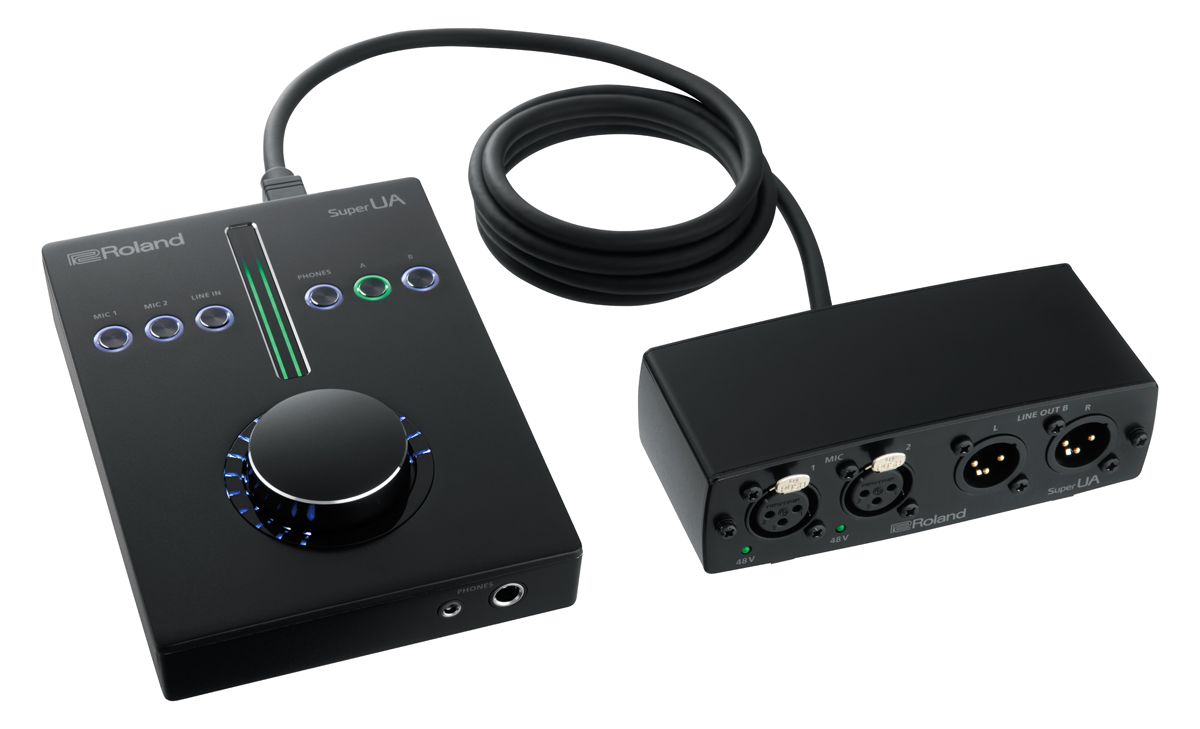 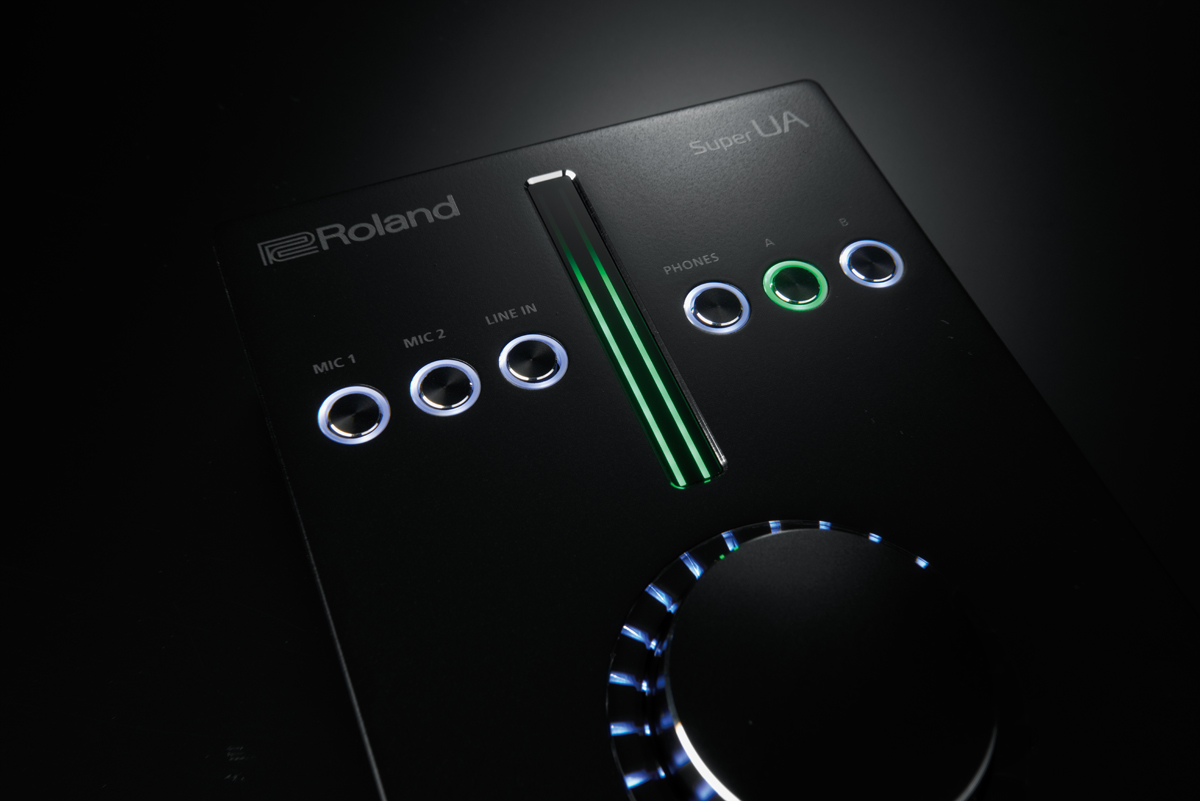 With its impressive die-cast metal design, the Super UA brings a premium look and feel to any music workspace. Low-profile panel buttons allow users to select inputs and switch output routing among multiple monitors and headphones. A large multi-function knob delivers a smooth feel for adjusting input and listening levels, while the high-resolution LED meters make it easy to view signals at a glance.

The Super UA is equipped with two TRS inputs and two TRS outputs, plus a connector for the included breakout module that provides two additional channels of I/O via XLR connectors. The two XLR mic inputs on the breakout module feature Roland’s VS low-noise Preamps.

The Super UA’s main unit can be easily detached from the breakout module to perform as a two-in/two-out mobile interface when traveling. A high-performance headphone amplifier is integrated into the main unit as well, with 1/4-inch and 1/8-inch jacks providing compatibility with a variety of headphone types. Both jacks can be used at once, allowing two people to monitor with headphones simultaneously.