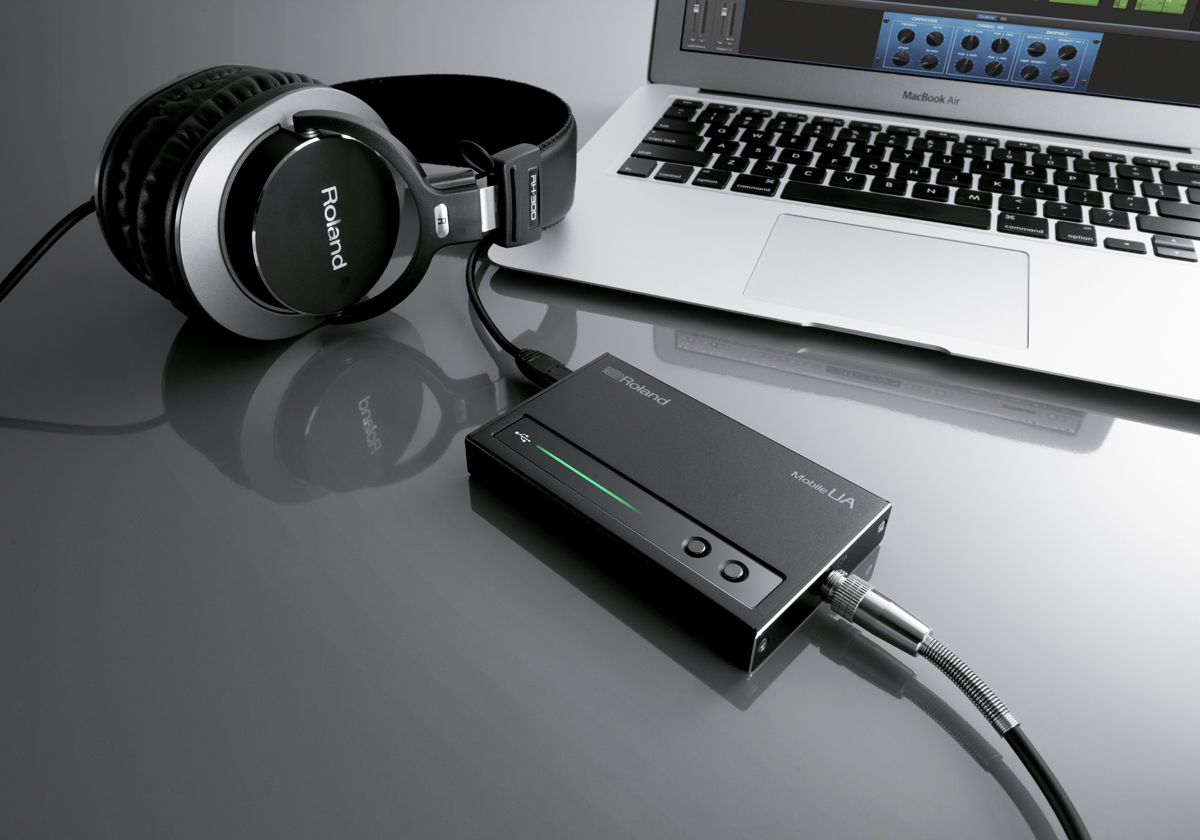 Not much bigger than a deck of cards, according to Roland, the Mobile UA is the world’s smallest USB audio interface that supports both DSD and ASIO. It offers native playback of DSD audio sampled at 2.8 MHz (5.6 MHz DSD audio is down-sampled internally and played back as 2.8 MHz DSD audio), and Roland’s proprietary S1LKi audio engine also reproduces traditional PCM audio at rates of 44.1 kHz and above with extreme precision. Using the same type of 1-bit D/A converter used in DSD, the resulting conversion produces ultra-smooth, unclouded sound when compared to standard D/A conversion in PCM-based devices. 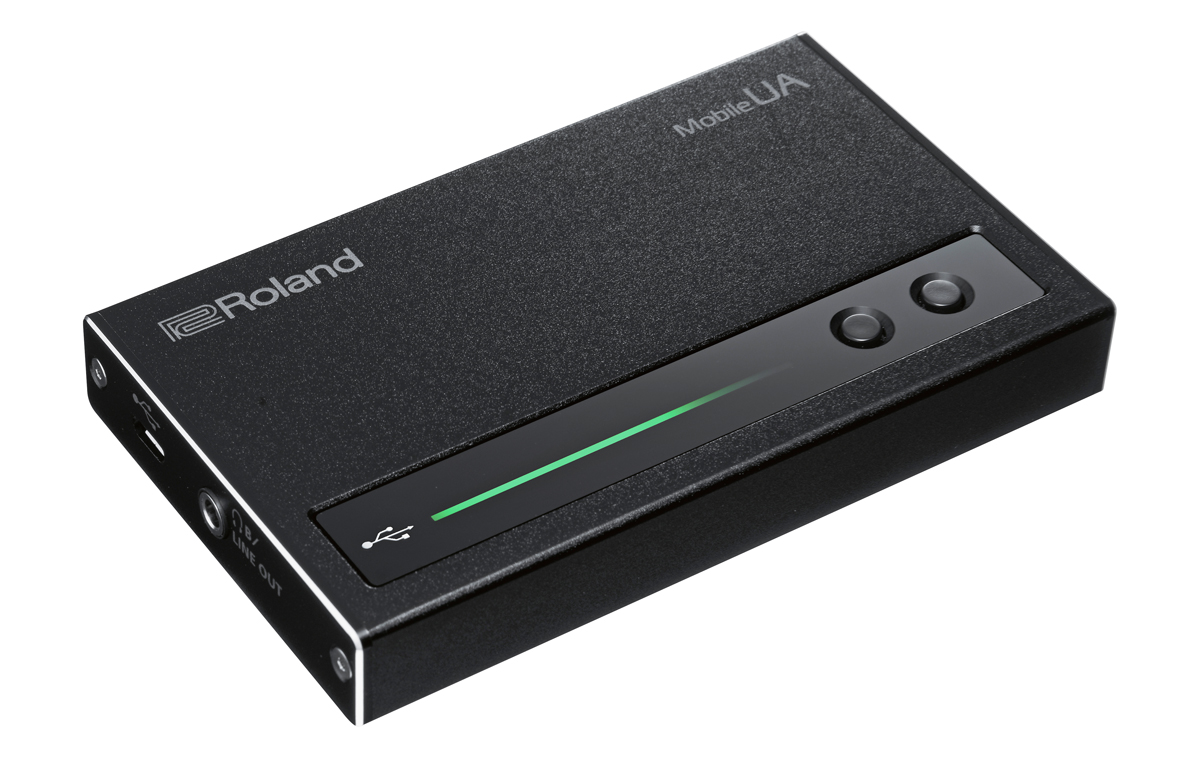 The Mobile UA is equipped with quality TRS mini-jacks on each side of the unit, providing two stereo audio outputs for monitoring with headphones or connecting to external sound systems. The main audio signal can be sent to both outputs, allowing two people to monitor the same sound at one time with headphones. Alternately, a musician can use one jack for sending the main audio signal to studio speakers or a PA, and use the other for monitoring a click track and/or cue mix via headphones or stage monitors.

The Mobile UA features a high-performance headphone amplifier with 158 MW + 158 MW output at 40 ohms. This enables the use of a wide variety of headphone types and provides plenty of volume for monitoring in situations where isolation from ambient sounds, nearby performers, and crowd noise is essential.
www.rolandus.com
related items