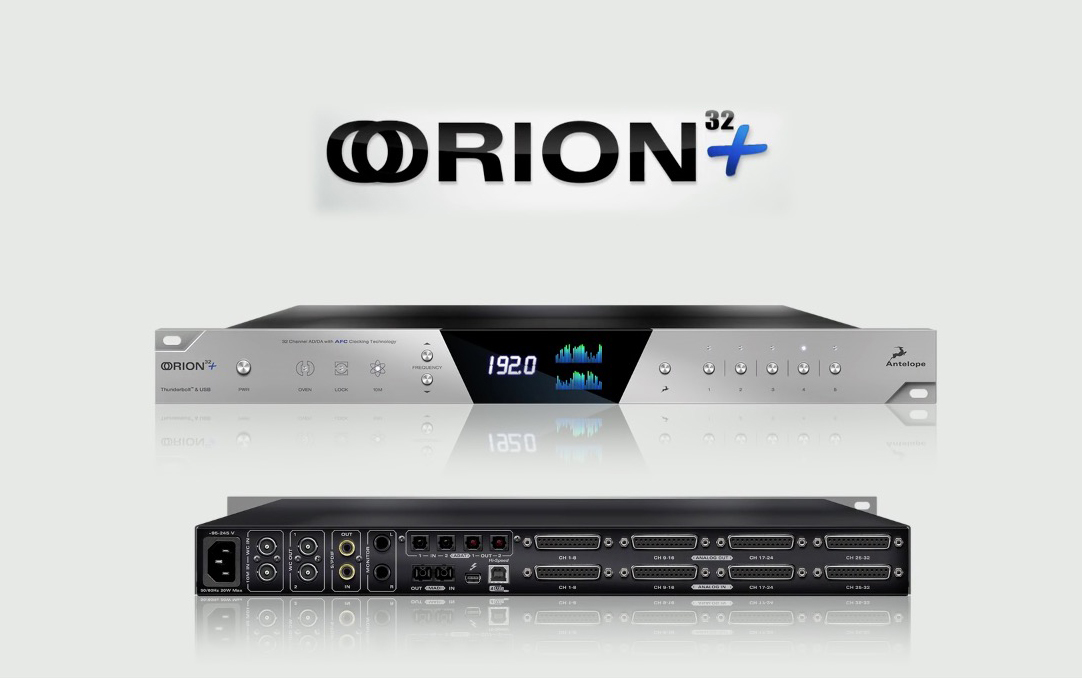 “Our new flagship interface is Antelope Audio’s refined answer to a market that craves premium quality audio,” commented Igor Levin, Founder and CEO of Antelope Audio. “Now, with Orion32+, artists and recording engineers have nothing standing in between their musical vision and pure, authentic sonic integrity. And they are able to achieve this with higher channel counts and faster than ever before — no matter what DAW platform or legacy environment they are working in.”

In addition to featuring Thunderbolt and USB compatibility, Orion32+ also includes Antelope’s powerful DSP engine, which is optimized to run customized EQ, compressor and reverb settings. These include the recently announced AuraVerb and other forthcoming effects, which are included at no additional cost.

The accompanying software application for Orion32+ is simple to operate, providing a color-coded routing matrix with four separate mixers and intelligent DSP effects integration. The software application, originally created for the highly successful Orion32 and further refined for Zen Studio, is available for both OS X and Windows operating systems.  Further, Orion32+ is fully supported by Antelope's superior 64-bit Acoustically Focused Clocking (AFC) jitter management technology, which is present in leading mastering facilities around the world.

Orion32+ is expected to ship in mid-November and is priced at $3,495 (US).
www.antelopeaudio.com
related items