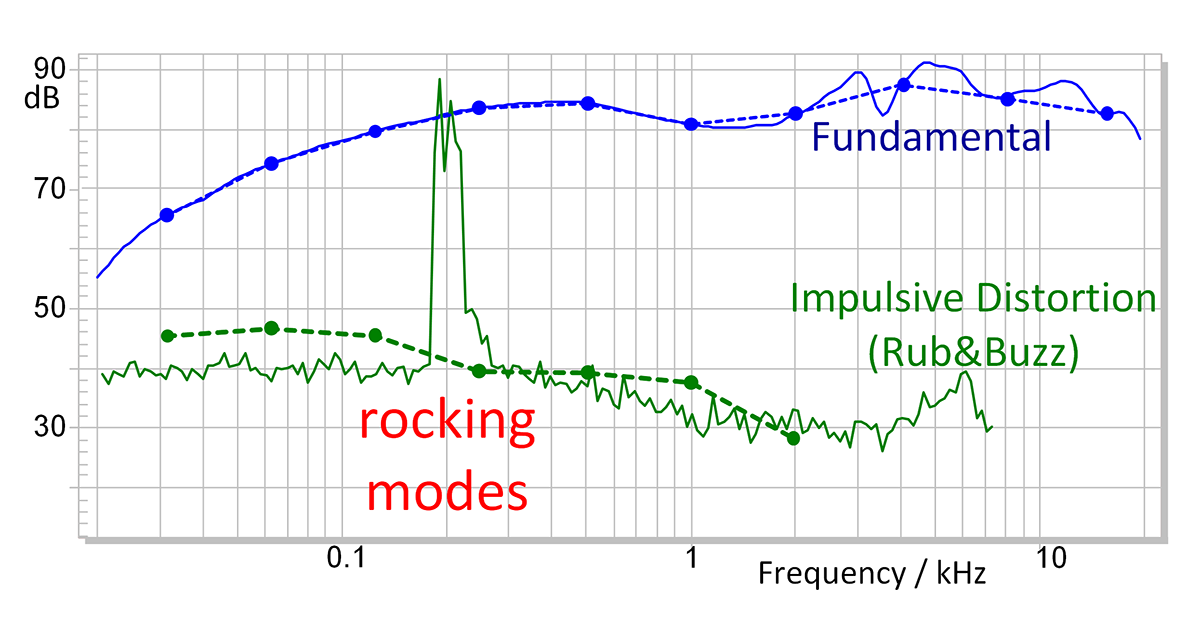 The primary goal in end-of-line (EoL) testing is to reliably separate faulty from fault-free devices under test (DUT) and to minimize false positive or false negative verdicts. However, some defects only generate minor symptoms, which might not be audible or critical during the EoL test but could become unacceptable during product life in the final application and should not be shipped to customers.

While acoustical, electrical and sometimes mechanical checks of specified properties such as frequency response or speaker parameters (Thiele-Small, stiffness asymmetry, and voice coil rest position) are mandatory for comprehensive testing, they have been discussed in greater detail in previous articles. 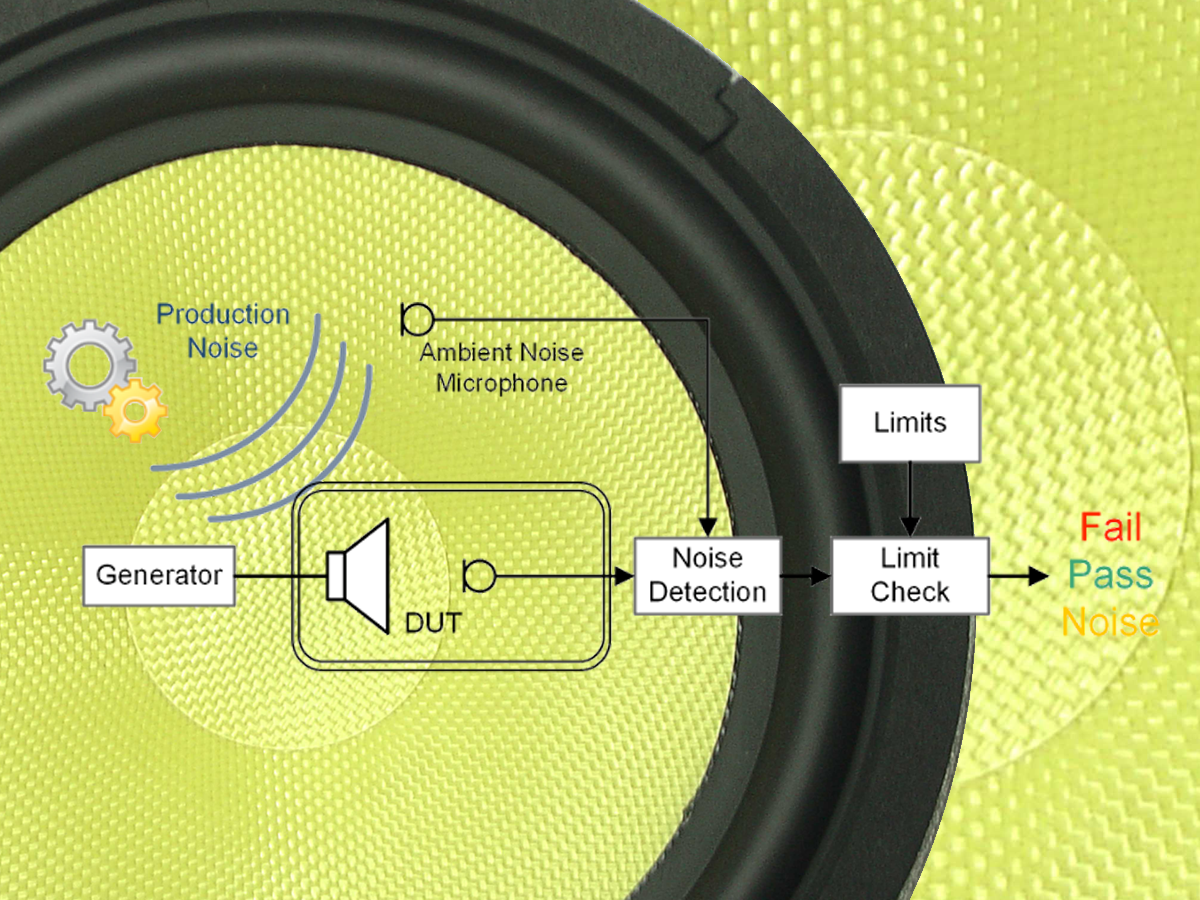 This article focuses on testing irregular defects (also known as Rub & Buzz), which in most cases can only be detected by acoustic measurement, because detecting these defects, unlike fundamental or harmonic testing, is the most limiting factor in reducing the test time. This article investigates the physical constraints limiting sensitivity and speed of automatic testing in a production environment and searches for optimal solutions that can be realized with minimal effort.