Keeping up with Apple Music

"Bring your own music or we’ll have to play Norah Jones”: That’s exactly how I felt this week while watching that “one more thing” moment during Apple’s Worldwide Developers Conference (WWDC) 2015 keynote presentation in San Francisco, CA, probably one of the most anxiously awaited moments for the music industry and certainly for every audio enthusiast. 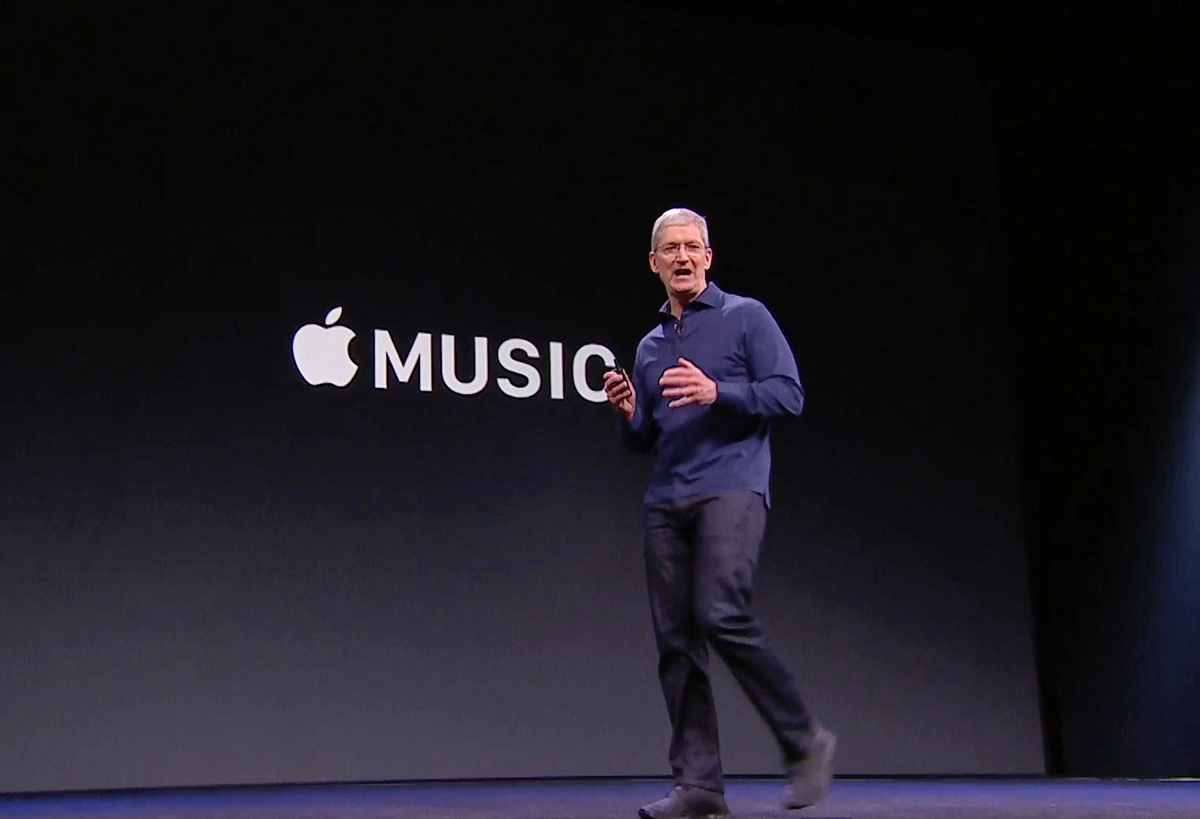 Some years ago (sorry, but I couldn’t confirm who it was) one of the high-end companies had a warning in its demo suite at a Consumer Electronics Show (CES) saying, “bring your own music or we’ll have to play Norah Jones.”
That’s exactly how I felt this week while watching that “one more thing” moment during Apple’s Worldwide Developers Conference (WWDC) 2015 keynote presentation in San Francisco, CA. It was probably one of the most anxiously awaited moments for the music industry and certainly for every audio enthusiast.

Even though it is too early to tell, Apple’s presentation of its widely anticipated “revolutionary” Apple Music service was everything but “revolutionary.” In fact, it felt like a deeply embarrassing moment for such a huge company - as if the DJ at a dance club suddenly decided to play Norah Jones.

Steve Jobs always opened any music-related announcements with deeply personal perspectives on music, sharing his passion for Bob Dylan or The Beatles with the world, while simultaneously sharing his firm belief about the creative values that inspired him and Apple’s strategy. Jobs understood music is personal and never felt embarrassing, revealing that he was, in fact, Apple’s #1 customer. That’s probably what helped make iTunes be the digital music leader, reaching 75% of global digital music market, worth $6.9 billion a year… until 2013.

Meanwhile, on-demand streaming services grew 54%, reaching 164 billion streams in 2014,
Apple forgot about the iPod (we understand the iPhone is also an iPod but the music focus was lost) and Apple introduced a new version of iTunes ditching Coverflow, destroying our own carefully curated metadata and converting the application into some sort of Excel sheet.
And Apple also bought Beats for $3 billion, something which I was never convinced it should have done.

Now, with the announcement of Apple Music and an unconvincing series of presentations from industry executives pretending to love obscure Hip Hop artists (and revealing their favorite nighttime activity is singing Celine Dion in a karaoke club…) we were left with more doubts than ever… and seriously worried.
As I wrote in last week’s The Audio Voice, the digital age is actually just starting, and no one can ignore the impact things such as a new version of Apple’s iTunes has on the market (or anything that Apple does, for that matter). There’s nothing sadder in high-end shows then looking at those MacBook’s with iTunes full of empty symbols in place of album covers, feeding $200,000 music systems.

Going back to this sad event, we’ve learned that the “new” Apple Music service will be centered on a mobile app, and we will have to wait to see the new iTunes version on June 30 to discover the damage caused once again to our personal libraries. With Apple’s streaming music service, we will have “curated” algorithms to determine music preferences, the Connect service for musicians to share their YouTube videos and Facebook/Twitter posts, and “a pioneering worldwide live radio station from Apple broadcasting 24 hours a day.” The Beats1 radio station is such a weird idea (apparently imagined by Trent Reznor - and he is the only cool guy involved in all this) that I will have to write a separate article later.

The (still to be confirmed) bad news is there was no mention of high-quality downloads and that Apple’s streaming services will be limited to 256 kbps using AAC coding*. One would expect that Apple would understand the need to increase the quality of downloads to at least its Apple Lossless Audio Codec (ALAC) to differentiate the value of downloading/buying vs. streaming. Never mind high-resolution audio.

No doubt, starting June 30, Apple will cause some damage to every other streaming music service, but I doubt it will cause much damage to Spotify’s leading service, and it certainly will not affect the other high-quality download/streaming music services available (so it seems Neil Young still stands a chance with Pono).
The $14.99/month family plan (for up to six family members) will certainly be emulated by other services and I don’t see anything else to make me feel excited about this.
Except maybe for that part when I will be able to ask "Siri: Play my Norah Jones playlist” out loud in those high-end demo suites.


* I've seen a lot of foolish comments on other websites about 256 kbps being "lower quality" than, say, Spotify’s or Beats Music' streaming services at 320 kbps. The reality is, since Apple's service will be encoded in AAC (an algorithm which is many times more efficient than MP3) it should in theory sound better at 256 kbps than Spotify, which uses Ogg Vorbis encoding, or Beats, which uses MP3 (and that's bad). It's true that Spotify, compared with other services like Tidal, has perfected its streaming services becoming extremely reliable and actually sounding great at 320 kbps but there's no reason to expect Apple's Music to be less robust using AAC. It's just a shame that no other options have been, so far, confirmed.
related items