With a career spanning 60 years, Bruce Swedien has recorded and mixed the biggest selling albums of all time. Swedien’s contribution to popular music is undeniable and his recordings have became a reference for generations of audio engineers. This book is a valuable compilation of different materials and reflects Swedien’s most recent activities, where he generously shares what he knows. 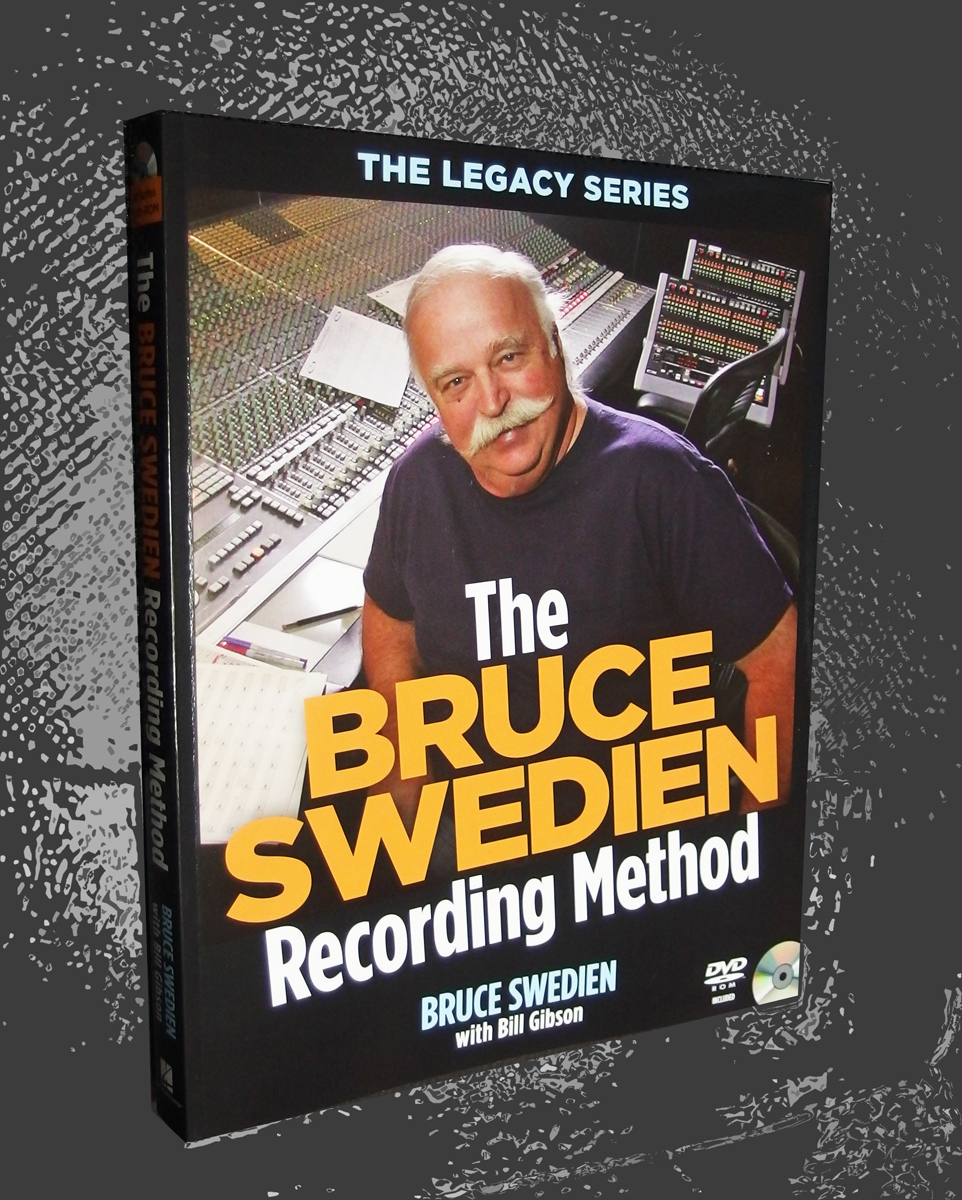 With a career spanning 60 years, Bruce Swedien has recorded and mixed the biggest selling albums of all time. He worked with Quincy Jones for decades and he recorded and mixed six Michael Jackson albums including Off the Wall and Thriller. He was also nominated for 13 Grammys and received five. Swedien’s contribution to popular music is undeniable and his recordings have became a reference for generations of audio engineers.

The Bruce Swedien Recording Method is not only a technical book about his technical skills, it's also a valuable reference for understanding the art of music recording and popular music in general.

Swedien’s career in recording began early in his life in Minneapolis, MN. In 1957, he moved to Chicago, IL, to work for RCA Victor and later for the Universal Recording Studios. He recorded Jimmy Dorsey, Count Basie, Duke Ellington, Woody Herman, Oscar Peterson, Sarah Vaughn, Dinah Washington, and many other musical greats. With Quincy Jones, he developed a creative relationship that has lasted to the present day. In the 1970s, Swedien was already working independently in New York and Los Angeles, where he recorded several albums and motion picture scores.

He became an industry legend after recording some of Michael Jackson’s greatest albums, and began conducting master classes, lectures, and seminars worldwide. Swedien now lives in Florida where he started the “In the Studio With Bruce Swedien” workshops, which basically demonstrate the lessons/lectures contained in his new book.

The Bruce Swedien Recording Method details the knowledge he gained that enables him to capture the best musical recordings. He learned from observing premier orchestras and musicians. His years of technical knowledge years have enabled Swedien to reach a level of creativity and the confidence required to bring his recording to the next level, establishing some true “landmarks” of contemporary music productions.

This book is complemented by a DVD-ROM containing five HD videos, which enable us to see and hear Swedien in his studio. In the videos, he explains how he works with music, technology, recording, and mixing, and he provides practical examples. These are techniques you don’t get from reading a book. The DVD also includes an interview with Bea Swedien, his wife of more than 60 years. During the interview, she explains her husband’s “positive” way of relating to artists and understanding the needs of musicians, which makes them feel comfortable and confident. The insight provided in those interviews and throughout the entire book is truly unique.

Book of Revelations
The Bruce Swedien Recording Method book is well organized and illustrated and it reveals valuable techniques for recording and mixing. Swedien’s testimony explains why certain things are important (e.g., translating a mix to a master and how analog and digital recording can be different tools). The book provides lessons on music production, which is essential to the listening experience, and details the hard work involved.

The great existing books about professional audio are usually encyclopedic works — Mastering Audio by Bob Katz (Focal Press) and The Art of Digital Audio by John Watkinson (Focal Press) are two of my favorite examples — or biographies that are entertaining to read, revealing many interesting things we would otherwise never have guessed.

A great autobiography in the audio field is always a must read, but very few exist. Normally they are “assisted books,” written by someone else, which can be good. Then, there are the more recent published books about audio, music, and studio work that are a hybrid version — mainly a compilation of interviews, published articles, and all kinds of testimony.

The Bruce Swedien Recording Method falls into this category. It is a valuable compilation of different materials and reflects Swedien’s most recent activities in his workshops and master classes, where he generously shares what he knows. It’s a unique reference book — meaning we can turn to it every time we need enlightenment. Swedien’s book is a must have for anyone interested in understanding popular music and how some of the 20th century’s most iconic recordings were made.