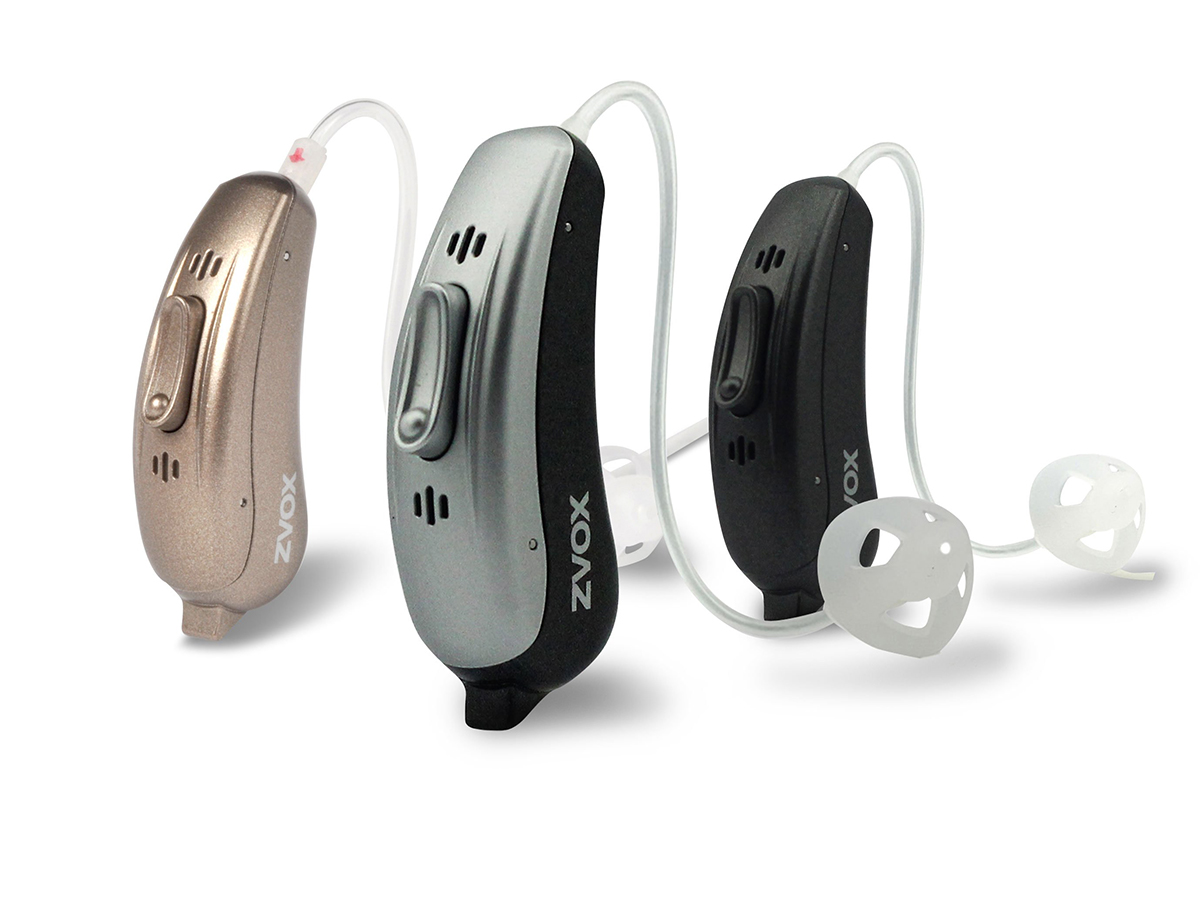 ZVOX Audio is a Massachusetts-based audio manufacturer, founded in 2003 by industry veterans Tom Hannaher (Best Buy, Advent, Apple Computer, Cambridge SoundWorks) and George Samuels (Ohm, EPI, Genesis, Cambridge SoundWorks). The ZVOX VP of Product Development is Jarl Salmela (ADS, MB Quart, Cambridge SoundWorks), which the company declares shamelessly to be "one of the best amplified speaker designers (if not the best) on the planet." Since the company's inception in 2003, ZVOZ has  "reinvented" the TV sound system, with under-TV sound systems and soundbars. In 2012, responding to a growing crisis of incomprehensible TV dialogue, the company introduced the AccuVoice feature, which uses hearing aid technology to make voices clear, even at low volumes - and that was their first foray into that market.

Now, ZVOX has announced its first-ever personal hearing device, the VoiceBud VB20. Designed for people who have trouble understanding voices in some circumstances, the VB20 features a combination of advanced technologies that currently cannot be found in devices selling for less than $600. The VB20 is being introduced with an MSRP of $299.99.

ZVOX started with NoiseBlocker technology, designed for crowded rooms and restaurants, enhancing voices nearby and reducing the volume of other people in the room. The VoiceBud VB20 features a dual-microphone system to feed sounds into a digital processor that can be programmed to reduce sounds coming from behind the listener. It applies Wide Dynamic Range Compression (WDRC) on 4 channels and 12 bands. 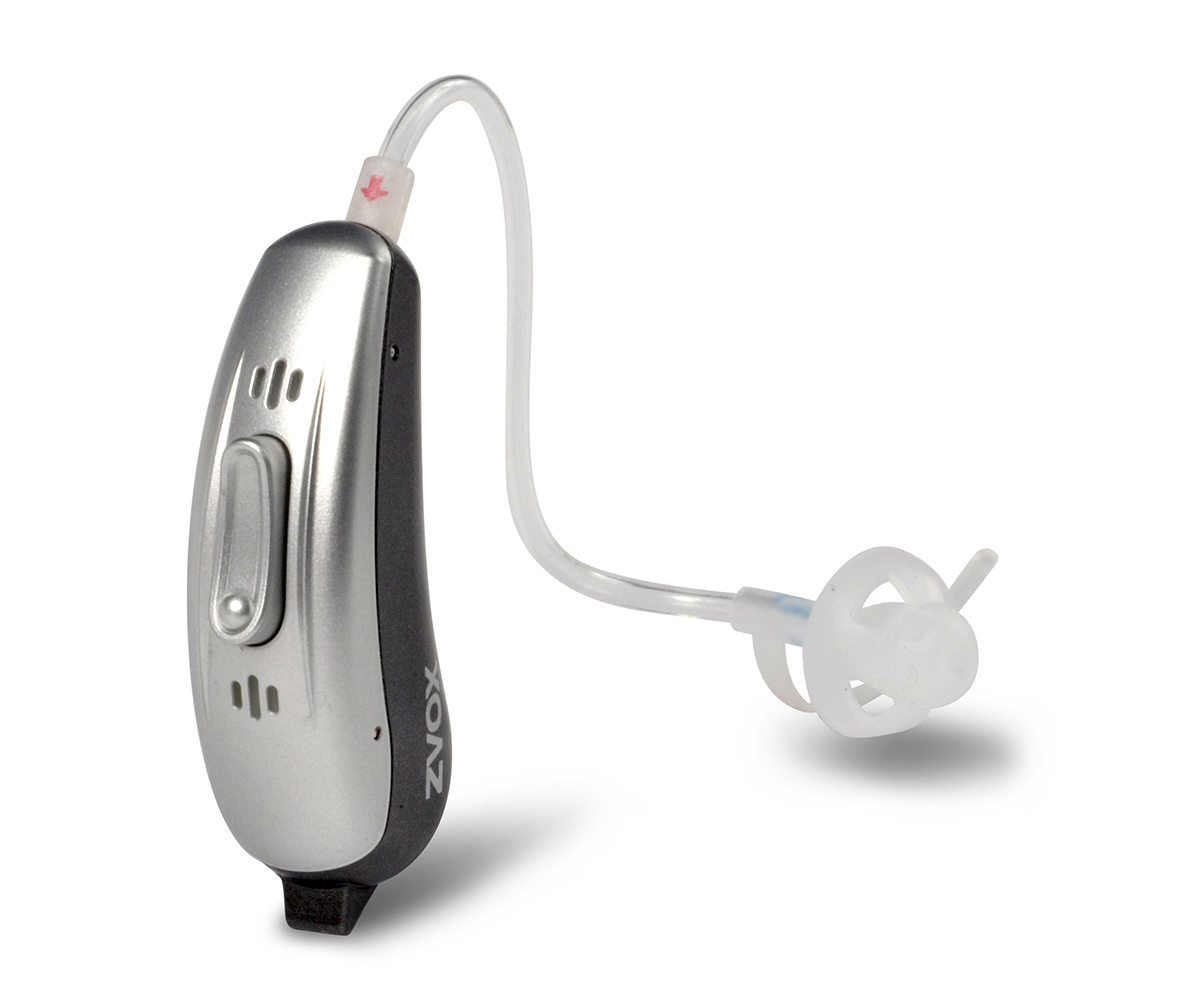 A multi-layer noise reduction system also automatically detects and minimizes sounds from air conditioners, fans and car engines, and the VB20 can quickly detect loud noises and automatically “turn down the volume” to prevent too-loud sounds from reaching the user’s ears.

Specifications for the VoiceBud VB20 detail less than 0.5% distortion, providing 29dB of gain and reaching a maximum output level of 112-117 dB OSPL90 (Output Sound Pressure Level when the input level is 90 dB SPL and the gain control is full-on), with an average output of 102-107 dB.

And, as ZVOX emphasizes, "like other advanced and more expensive hearing devices, the VB20 has very wide audio frequency range, amplifying sounds from 200 Hz to 5.7 kHz – resulting in smooth, natural sound." It also features a sophisticated anti-feedback system to helps minimize “squealing" - a familiar problem with cheap hearing aids.

The VB20 uses a BTE (Behind The Ear) design, housed in a tiny (just about one inch long), housing available in champagne gold, silver/gray and gray, and is supplied with user-changeable sound tubes (4) and ear domes (12) in three different sizes. And each VB20 comes with a tool that allows the user to clean and maintain tubes and domes. Like most hearing-aids, the VB20 comes with a supply of six 312-sized zinc-air batteries that last 3-4 days each.

“For over 15 years, consumers have basically had two choices,” says ZVOX CEO Tom Hannaher. “They could buy a low-priced hearing amplifier or spend a lot of money on a sophisticated hearing device. With the VoiceBud VB20 they can now get advanced hearing technology at a reasonable price. Millions of people who have trouble hearing in certain situations now have a whole new option.”

All electronics components, microphones and transducer in the VB20 are all made in the United States by two of the leading companies in hearing technology. The VoiceBud VB20 is currently available direct from the manufacturer at zvox.com, for $299.99 each.
www.zvoxaudio.com
related items