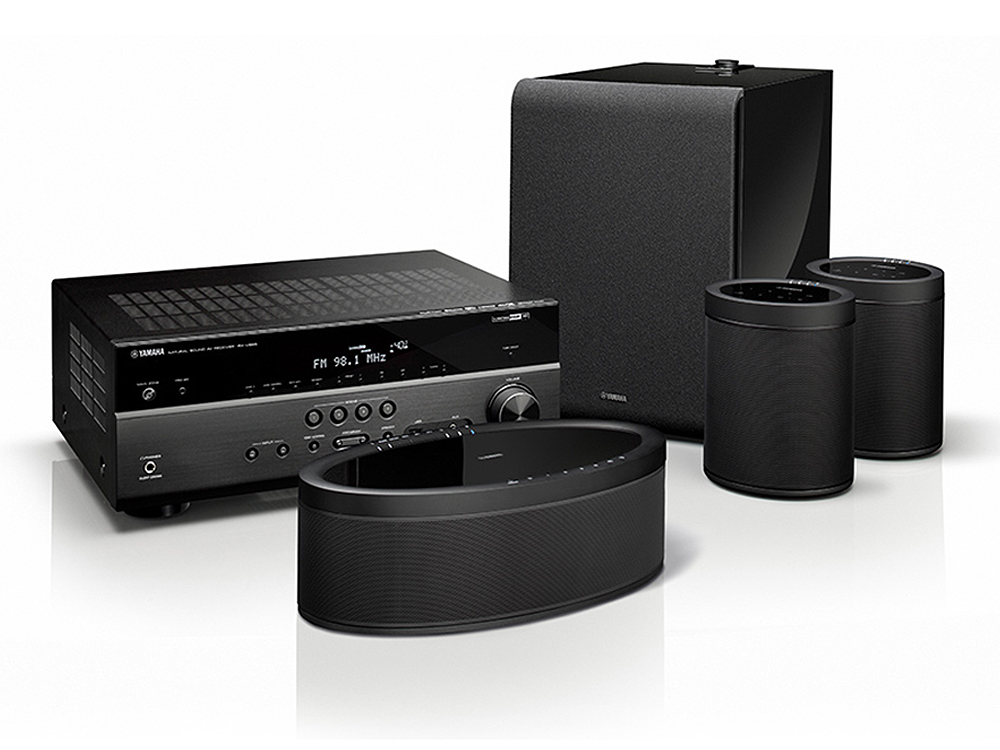 Entertainment enthusiasts know well that the best way to build a reliable, versatile and great-sounding home theater surround system is to use an AV receiver with wired speakers. For many, this is still a go-to solution that works seamlessly. For others, it presents a dilemma: how to get wires to the back of the room for surround sound speakers without having unsightly exposed cables. Running speaker wire through walls can be a headache, and for those who rent their homes or have plaster walls, it's simply not feasible. Now Yamaha gives home theater fans a choice: wired or wireless surrounds.

Rivaling the sound quality of a wired system, MusicCast Surround technology brings for the first time a wireless surround capability to Yamaha AV receivers, appealing to a broad range of customers at a variety of price and performance levels. The RX-V 85 series AV receivers are also capable of supporting wired surround speakers for those who prefer a traditional setup or a speaker configuration with more than 5.1-channels. They also feature a host of other upgrades from last year's line.

MusicCast Surround builds on the Yamaha MusicCast wireless multi-room audio system which enables music enthusiasts to stream their favorite tunes from almost any audio source over a Wi-Fi network to MusicCast-enabled products throughout the house. In comparison, when the MusicCast Surround mode is employed, a direct Wi-Fi connection is made between an RX-V 85 series AV receiver and the MusicCast 20 or MusicCast 50 wireless speakers so that the surround audio streams do not have to pass through the user's home router. 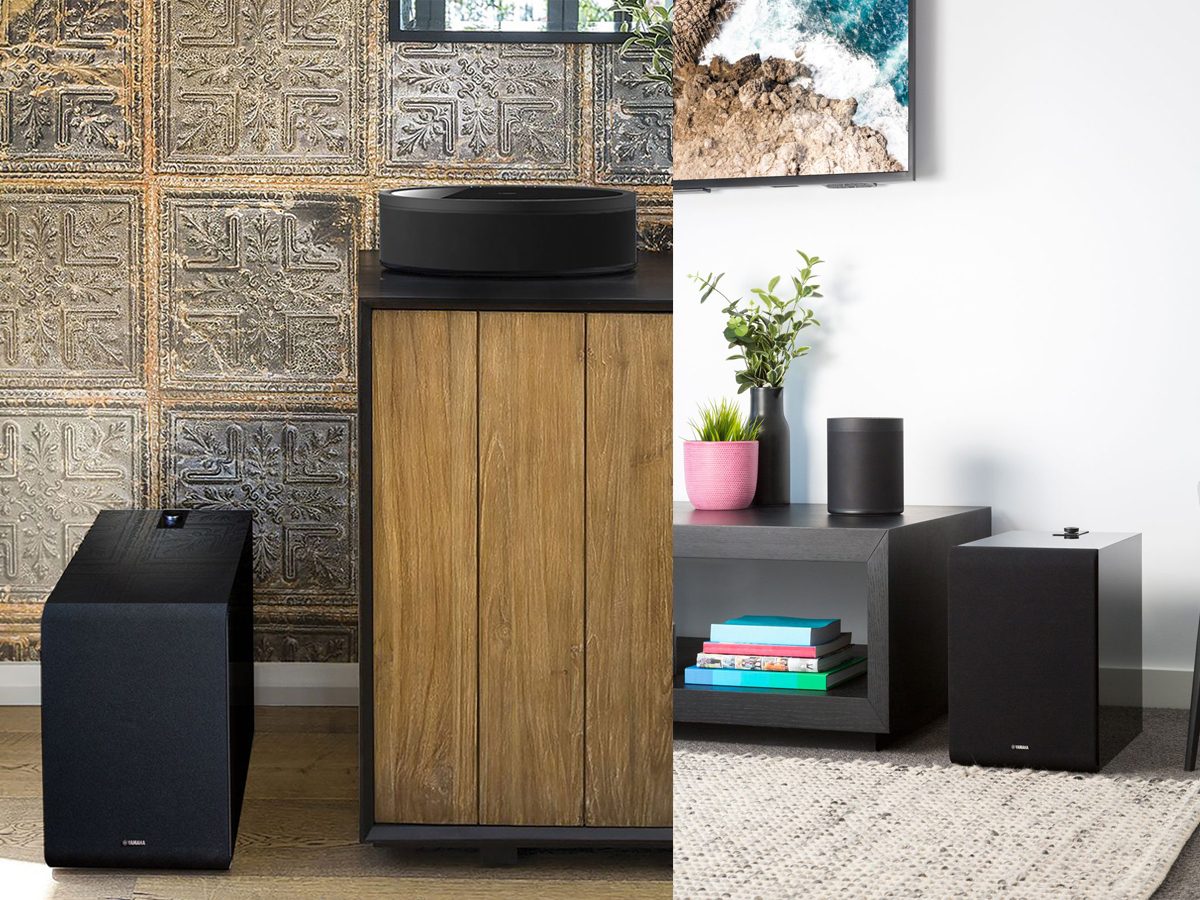 All of the new models come fully-loaded with wireless technologies, including Wi-Fi, Bluetooth, Apple AirPlay and Spotify Connect. They support numerous built-in streaming services, including Spotify, Pandora, SiriusXM Internet Radio, TIDAL, Deezer, Napster and thousands of free internet radio stations, all accessible via the free MusicCast app. They also all feature voice control via Amazon Alexa-equipped devices, such as the Echo and Echo Dot smart speakers, through the use of free MusicCast skills available on the Alexa Skills Store.

"For entertainment fanatics who love movies, TV and gaming, nothing beats using an AV receiver to build a true surround sound system," says Robert Goedken, general manager, AV division, Yamaha Corporation of America. "By adding a wireless surround capability to our new line, we've made it easier than ever to create an amazing, theater-like experience at home. MusicCast Surround suddenly makes an AV receiver an attractive option for a whole new audience of entertainment fans."

All three models support HD Audio decoding of Dolby TrueHD and DTS-HD Master Audio sound tracks, while the RX-V585 and RX-V685 also support object-based Dolby Atmos and DTS:X decoding. All feature Yamaha-exclusive sound technologies, such as YPAO auto-calibration and Cinema DSP, which transforms the dynamics of the listening environment to recreate the acoustic experience of being in a movie theater or even famous music venues like the Bottom Line, Roxy Theater or European cathedrals.

As for the speakers, the compact MusicCast 20 and high-performance MusicCast 50 wireless speakers both can be used as standalone audio systems, or with existing MusicCast components for multi-room audio linking, or used as wireless surround speakers with MusicCast Surround-enabled AV receivers. Two MusicCast 20 speakers can be paired in stereo mode. A single MusicCast 50 delivers stereo sound by itself, while using two MusicCast 50 speakers yields even higher output and a wider sound field.

In a MusicCast Surround configuration, only a single MusicCast 50 is needed to produce two surround channels, but two units may be used for better performance. The MusicCast 50 delivers the highest performance of any MusicCast speaker, and features a lower profile than competing models in its performance class to fit more discreetly in more places at home. The two models come with more top-panel controls than previous MusicCast speakers, adding an alarm-clock button and three presets for your favorite music channels. 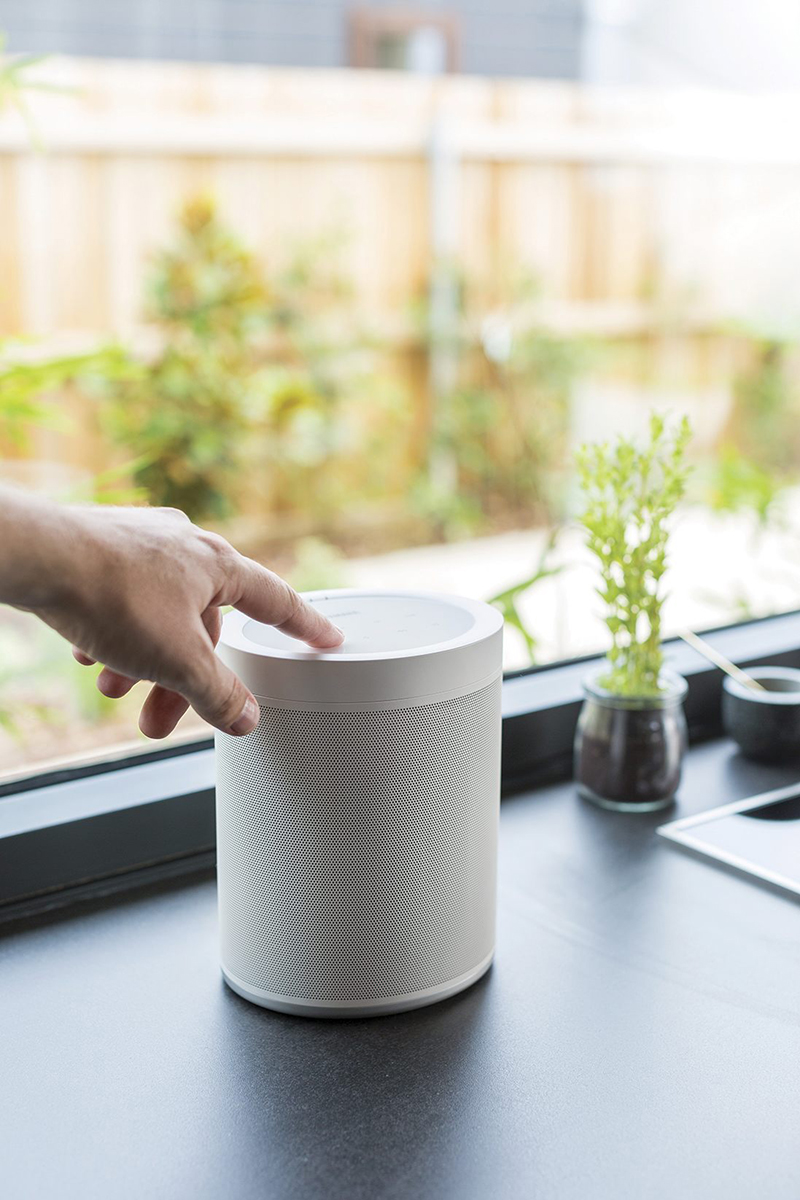 The MusicCast SUB 100, which sports a stylish piano-gloss finish, can be paired wirelessly with the new AV receivers as an alternative to a wired subwoofer, allowing for easy placement anywhere in the room. It can also be paired with either a single or two MusicCast 20 or MusicCast 50 speakers for 1.1-channel and 2.1-channel systems.