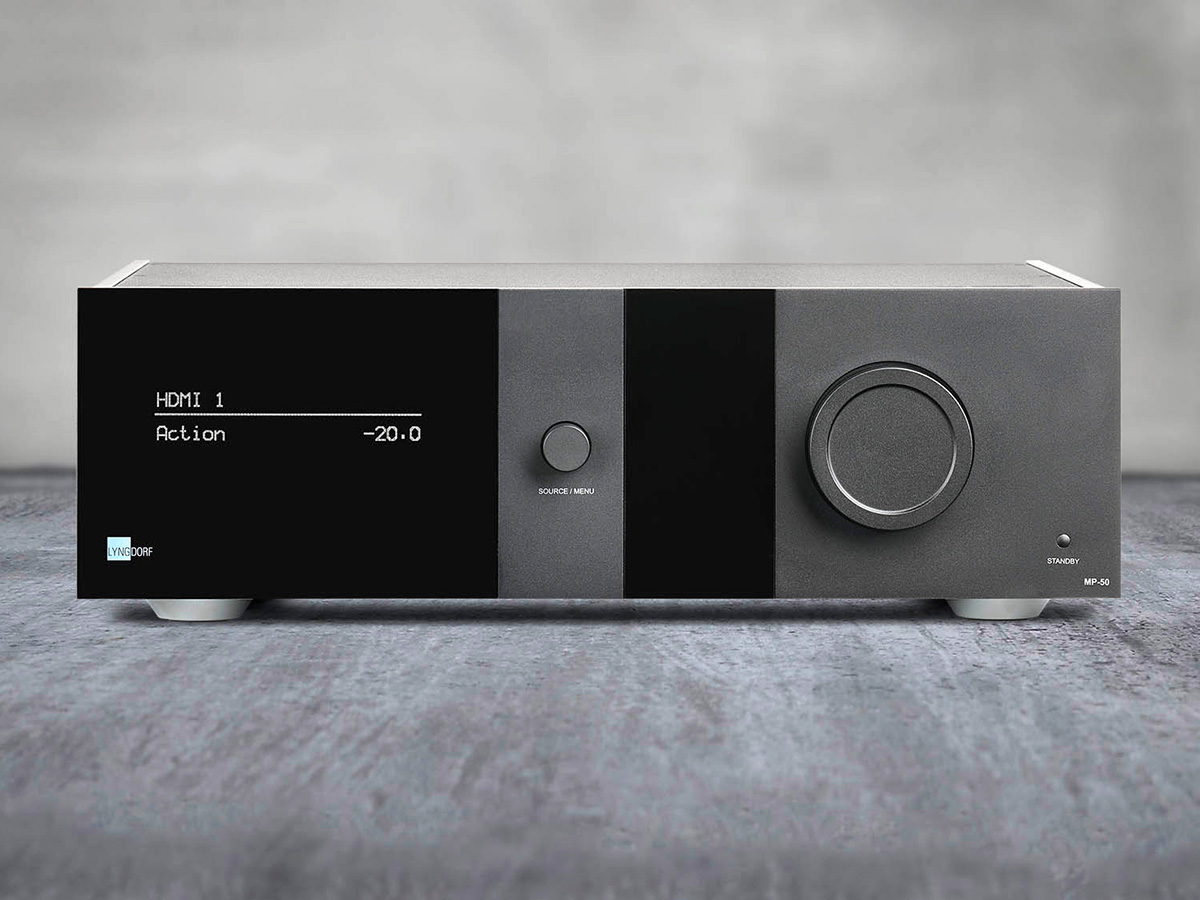 Lyngdorf’s newest products, presented in partnership with Cineak, allowed CEDIA 2017 visitors to experience a Lyngdorf Audio stereo setup with a live demo of the MH-2/BW-2 stereo system as well as the new MP-50 surround sound processor. Introduced to the market at ISE 2017 in February and released in spring 2017, the MP-50 surround sound processor sold out in record time. Providing superior performance for media rooms and large dedicated theaters, the sleek MP-50 supports all immersive sound formats including Dolby Atmos, DTS:X, and Auro-3D; in addition to supporting 4K and HDR.

The MP-50 includes Lyngdorf’s proprietary RoomPerfect room correction, bass management, and seamless level alignment and built-in streaming services. It offers seamless integration with all control platforms including Josh.ai, Savant, Crestron, and Control4, as well as remote monitoring. Selling for USD $9,999, this is without a doubt one of the top home cinema products currently in the market. 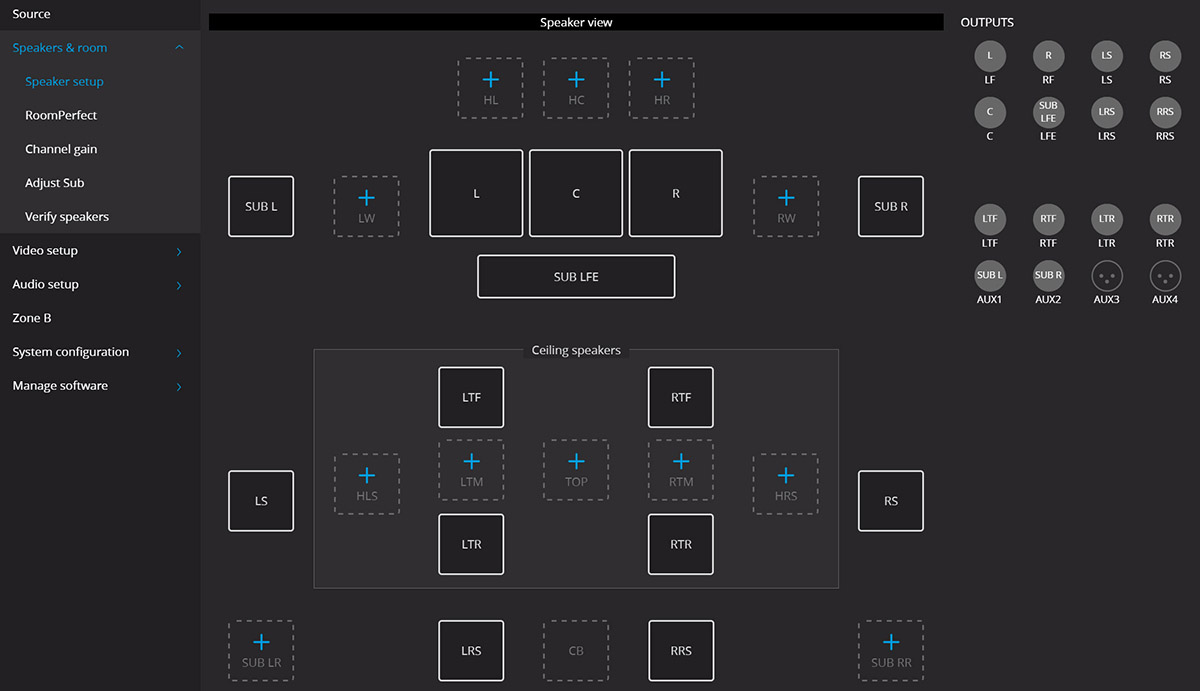 Designed and developed in Denmark by Lyngdorf Audio, the high-end MP-50 features a state-of-the-art HDMI stage with 4K pass-through and HDCP 2.2; 16 balanced XLR outputs for power amplifiers; a voicing tool to cater to personal preferences; fully digital signal processing; and an optional DCI-compliant digital AES/EBU input for integration with digital cinema servers. The MP-50 also features a built-in media player, which connects to services like Spotify and Airplay as well as Internet radio. Through a cabled network or USB connector, users can access libraries of music and enjoy it in stereo or as up-mixed to a surround sound format.

With RoomPerfect, the MP-50 delivers a perfect surround sound experience equally well to living rooms, media rooms, and home theaters, with optimal frequency response, seamless level alignment, and bass management that perfectly integrates the speakers and subwoofers, plus more freedom when choosing speakers and their placement. The MP-50’s built-in voicing tool also allows users to customize 32 voicings, thus changing the overall tonality of the system, and dedicating voicings to each input of the processor. Each voicing can consist of up to eight filters with adjustable gain and Q, all controlled through the browser interface, which shows the effect of each filter as well as the overall effect to tonality.

The MP-50 offers full support of Dolby Atmos, DTS:X and Auro-3D, as well as legacy surround sound formats. The processor features 16 balanced XLR outputs and can output 12 unique channels. The remaining 4 outputs can be used for additional speakers or woofers. A variety of in- and out-puts provide plenty of options to connect audio and video sources, including eight HDMI inputs and two HDMI outputs, four optical and three digital coaxial inputs, a USB input that supports audio up to 192kHz/32bit, and an AES/EBU input. There’s also an HDBaseT output, supporting uncompressed full HD digital video and audio through a 100m/300ft LAN cable.

The MP-50 is, like all Lyngdorf Audio electronics, built to the highest standards. Everything is simply best-in-class — from the meticulous design, to selection of components, manufacturing, and 48 hours of burn-in before the final QA. No wonder, the new processor enjoyed a record-setting sell-out in its first introduction to the market, with demand exceeding supply in less than three weeks since announcement. Pre-orders have now shipped into markets all around the globe and demand remains high. 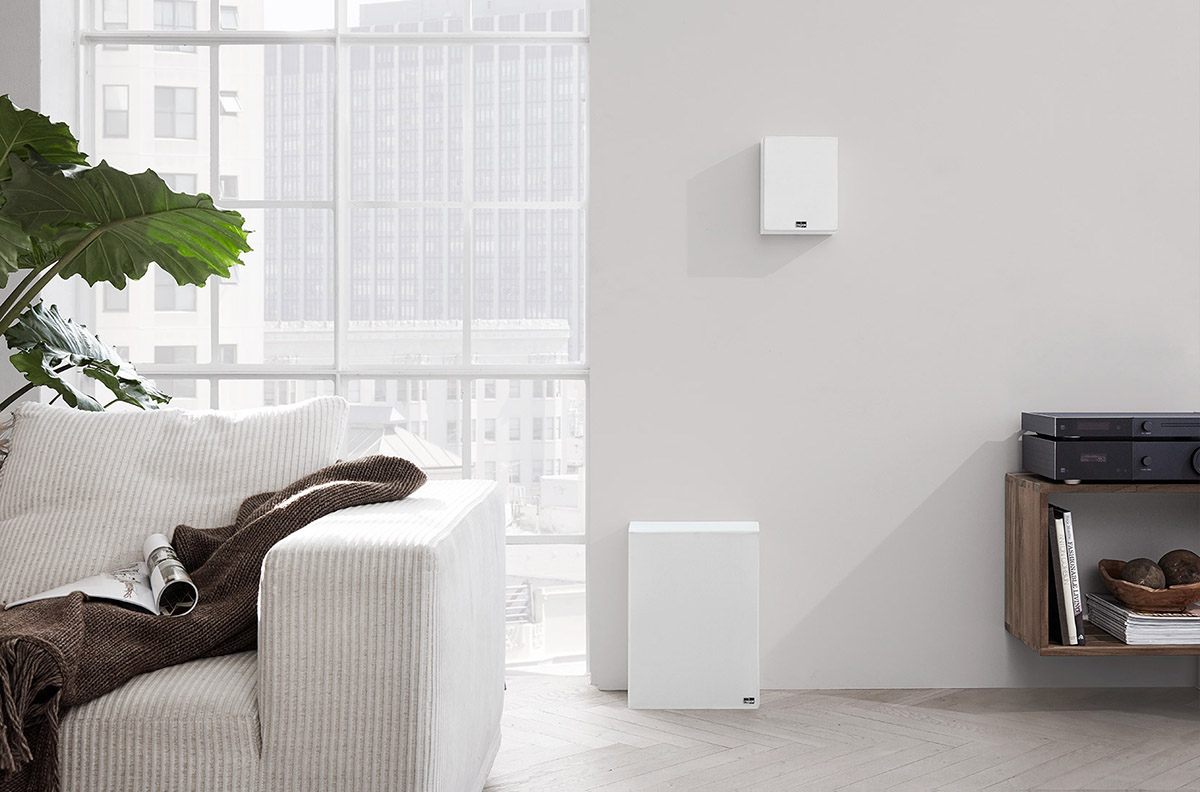 Speakers from Lyngdorf
Shown in early prototype form during private previews in 2016, the MH-2 satellite speaker and BW-2 high bandwidth subwoofer started shipping in spring 2017. These new products can be used with any amplifiers in the market but will excel when combined with a Lyngdorf Audio amplifier with RoomPerfect and digital crossovers. The compact enclosures of the MH-2 and BW-2 were designed with a focus on discretion. Both are available in high-gloss black or matte white—allowing for seamless integration in any contemporary interior. The very shallow MH-2 satellite speakers can be placed on furniture, wall mounted, or creatively angled using standard aftermarket 100x100mm brackets. 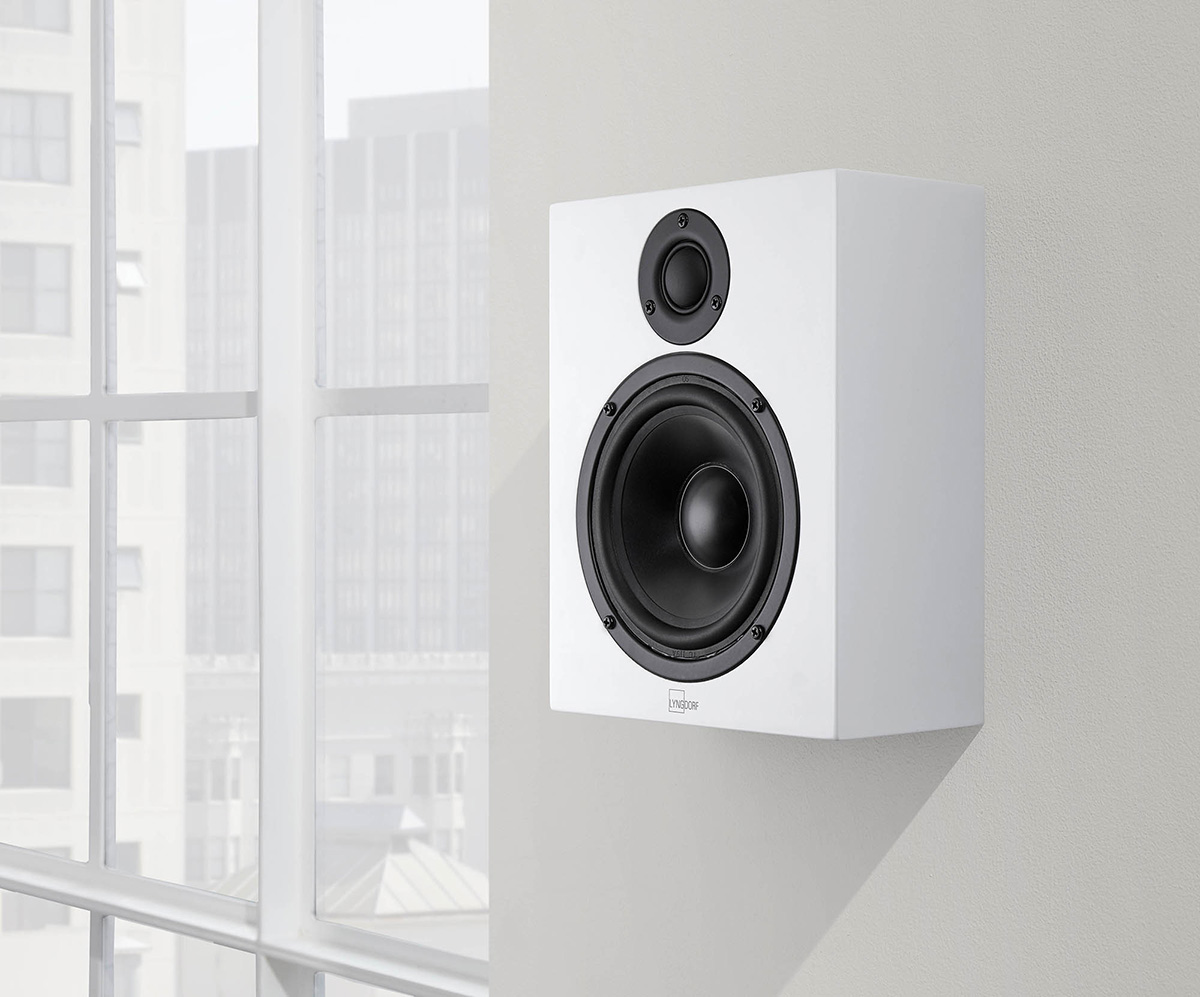 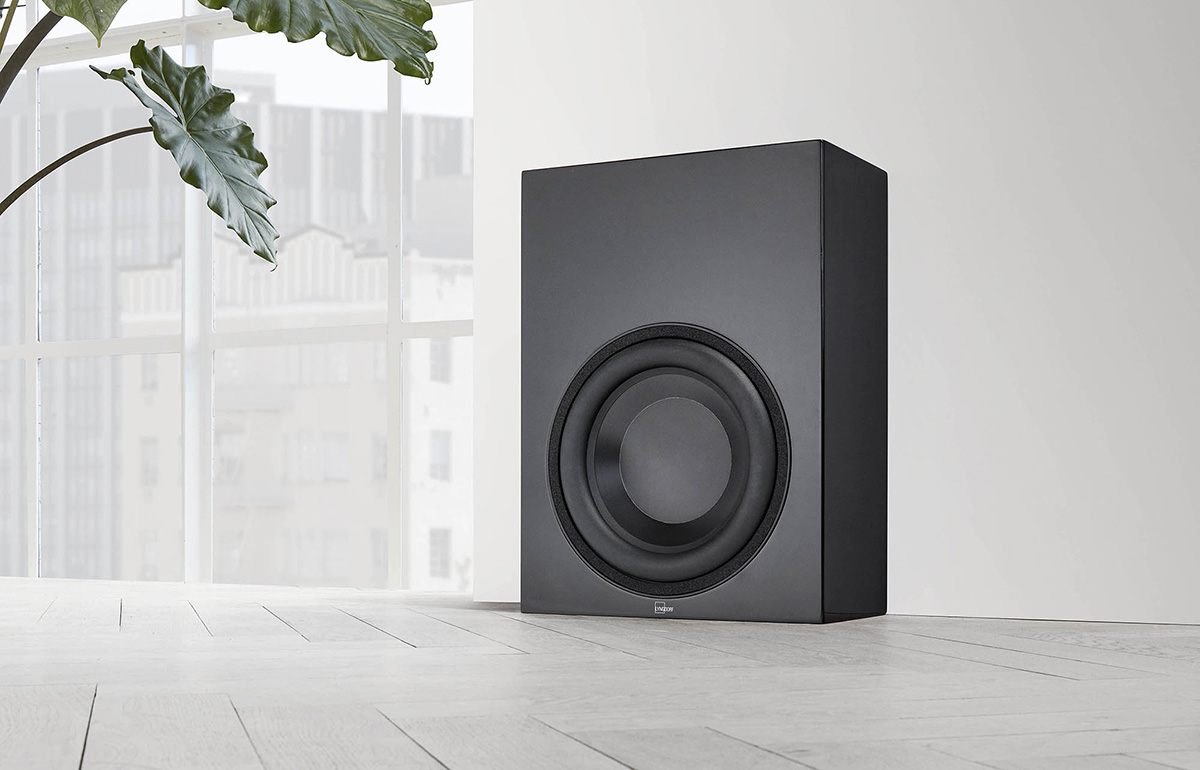 Performance-wise, they stand their ground on their own, but they are designed to be complemented by one or more high-end subwoofers, ideally, of course, the BW-2. Likewise, the BW-2 allows for very versatile placement. The woofer is offset in the cabinets, facilitating optimal audio reproduction at both horizontal and vertical placement. And the built-in powerful and intelligently designed electronics allow the BW-2 to be used with conventional amplifiers as well as Lyngdorf Audio amplifiers.

Steinway Lyngdorf is the company founded in Denmark by Peter Lyngdorf in 2005 to design, develop, and manufacture sound systems and components under the umbrella of two legendary brand icons: Steinway & Sons and Lyngdorf Audio. This year, in partnership with Barco Residential, Steinway Lyngdorf transformed an open concept space into a high-performance media room featuring Model M speakers powered by the Model P200 surround sound processor. This elegant high-tech solution includes a custom-designed console table which hides two rear speakers. Through a collaboration with Nexus 21, the two rear Model M speakers rise silently out of the table at the touch of a button. The powerful surround sound system was paired with a Screen Innovations Zero-G screen and Barco Loki 16/9 projector with Nexus 21 Eclipse Projector Drop Down, completing the media room transformation and demonstrating that perfect sound can happen anywhere.
www.steinwaylyngdorf.com | www.lyngdorf.com
related items