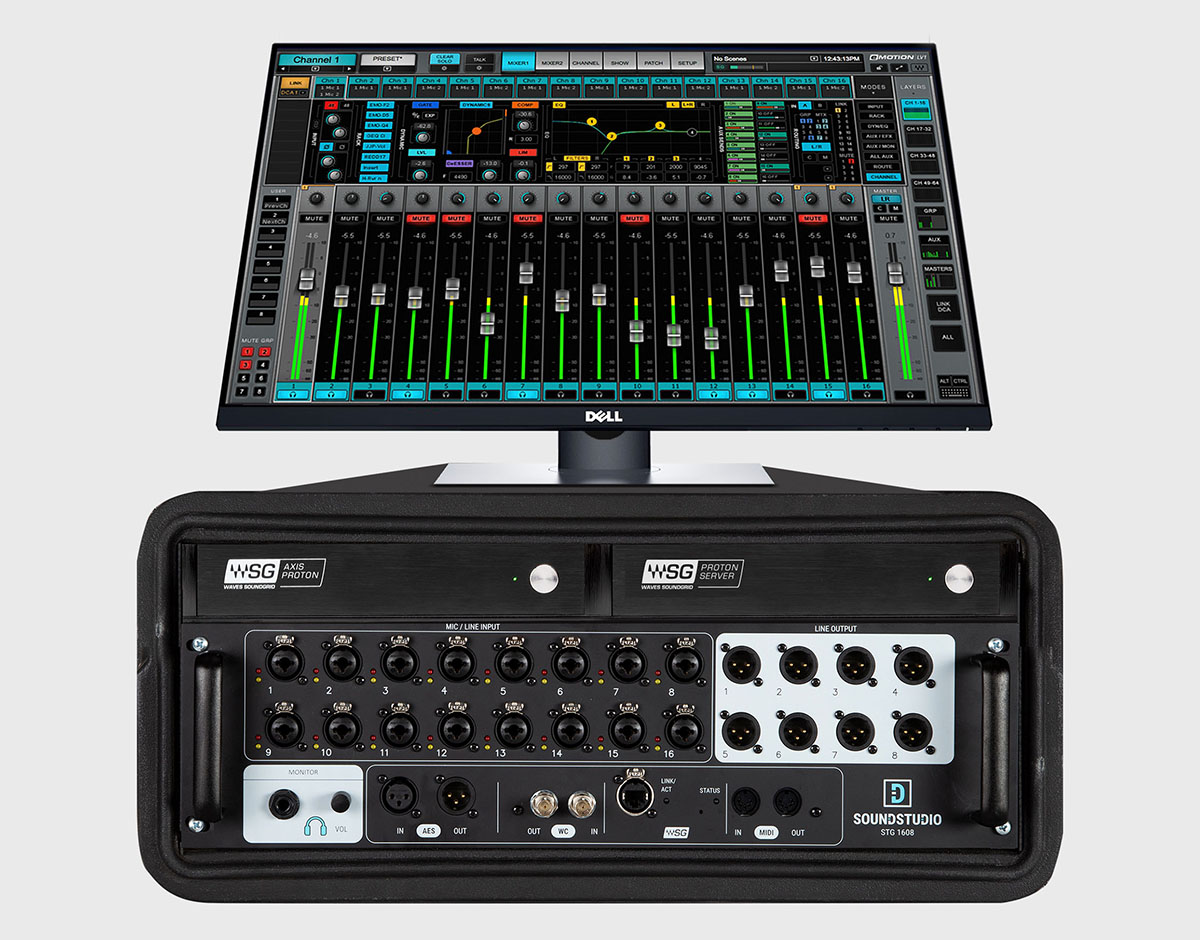 “Forget about heavy, cumbersome mixing boards. You can now switch to a lightweight digital system, with everything you need to deliver captivating live sound experiences at a cost-effective price, easy portability and a small footprint. Best of all: the eMotion LV1 Proton system gives access to the world’s largest selection of audio plugins, which you can run directly inside your eMotion LV1 mixer, all for under $5000,” states the company.

The touch-optimized eMotion LV1 software mixer features 16 mono/stereo channels, each with a plugin rack that can host up to eight SoundGrid-compatible plugins for real-time processing. The included SoundStudio STG-1608 is a sturdy SoundGrid stage box, featuring 16 mic/line inputs with high-end preamps that can be controlled directly from the LV1 mixer. 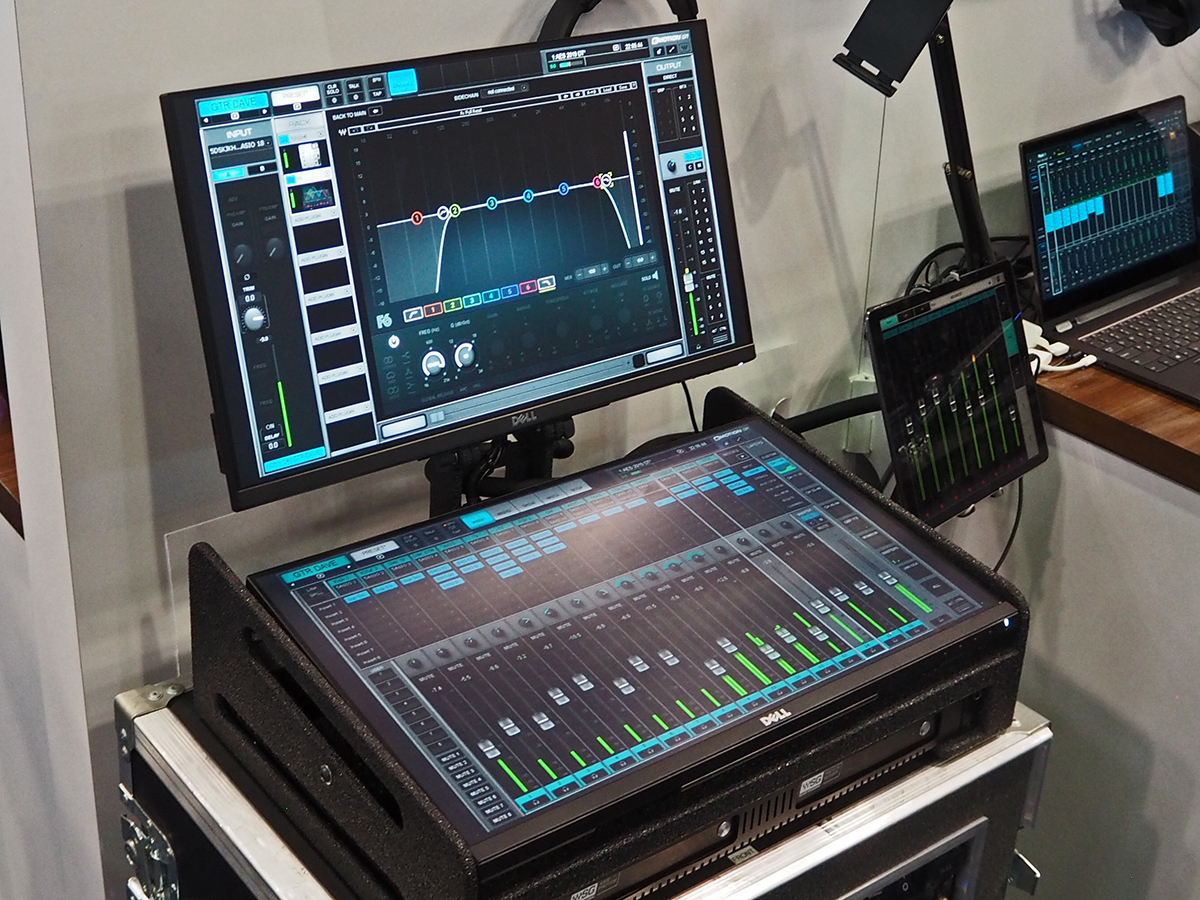 All audio coming from the stage and through the plugins is processed on the included super-compact SoundGrid Proton server. Processed audio sent to the PA system are fed back to the stage via eight line outputs in just 0.8 ms at 48 kHz. And for rock-solid stability, the Axis Proton computer is optimized to handle eMotion LV1’s processing power and perform reliably in the most challenging environments. It features an Intel Celeron processor, 4 GB of DDR4 RAM, one HDMI port, one display port, three USB ports, and a rugged 1U half-rack chassis.

Complete with a 24-inch Dell touchscreen, an eight-port SoundGrid switch, CAT6 Ethernet cables, and a 1U rack shelf, this combo offers everything needed to run 16-channel live shows with a studio-grade sound at an affordable price.

Waves Audio SuperRack
Another new product from Waves, introduced at AES 2019, was Waves SuperRack, the next generation of plug-in processing software for live sound production. This cutting-edge solution lets users run up to 128 audio channels through multiple instances of Waves plug-ins with near-zero latency and offers endless customization options that make it easy to tailor the application to any mixing workflow. 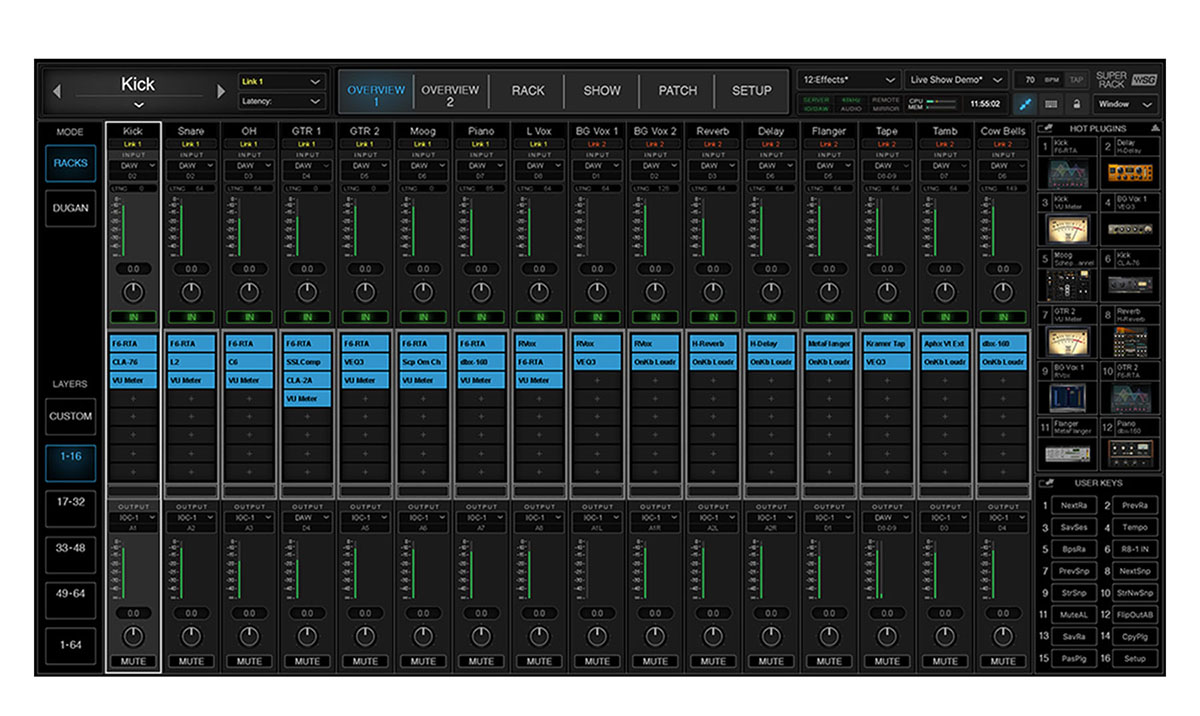 SuperRack operates in a SoundGrid Audio-over-Ethernet network, processing audio on a dedicated SoundGrid DSP server, which moves plugin processing from the host computer to an external DSP server in order to significantly increase plugin count, minimize latency, and enable the host and I/O devices to be far apart from each other while accommodating the most complex setups.

SuperRack is a natural extension of any mixing console, designed from the ground up for quick setup time, flexible touch-friendly workspace and unlimited workflow customization. FOH, monitor, broadcast, and AV engineers can run plug-ins in real time, customize their workspace with floating windows, set extended-scope snapshots, and run any live show with more speed and confidence than ever before.
www.waves.com/hardware/emotion-lv1-proton-16-ch-live-mixing-system
related items