Developed with pro audio inventor Dan Dugan, both Dugan plugins are powered by his patented voice-activated process. This high-value bundle includes two plugins for auto-mixing multiple mics in real time: the new Dugan Speech for integrated use inside the Waves eMotion LV1 live mixing console, and the Dugan Automixer for other major live sound consoles.

With the Dugan Speech plugin, the familiar Dugan Automixer interface is conveniently incorporated into a designated layer mode within the eMotion LV1 mixing console, which you can easily access from any LV1 channel. Users working with other digital consoles supporting Waves plug-ins can use it together with the Dugan Automixer plugin via the Waves MultiRack plugin host.

These Dugan plugins control the levels of multiple microphones automatically and in real time, dramatically reducing noise, feedback and comb filtering from adjacent microphones. The Dugan plugins ensure that system gain remains consistent, even when several speakers are talking at the same time. They make perfectly matched crossfades, without any signal compression whatsoever, and without a noise gate that would cause undesirable artifacts.

The Dugan plugins are the definitive solution for broadcast news panels, radio and TV talk shows, houses of worship, motion picture dialog recording, discussion panels, or any other situation involving numerous microphones and participants. Specifically, the Dugan Speech plugin, combined with the eMotion LV1 mixing console, is a super-convenient, smooth-operating and cost-effective solution for such scenarios. 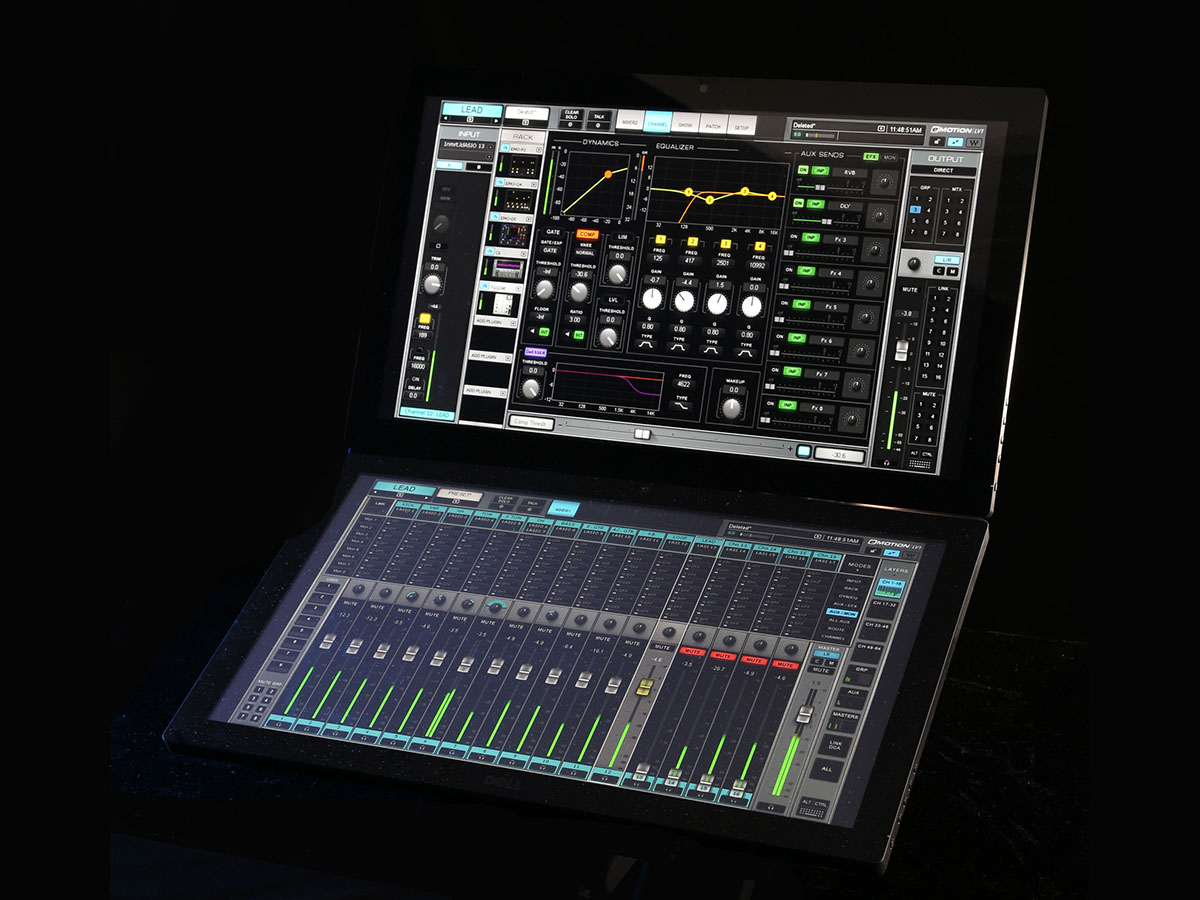 Waves has gradually conquered a significant space in live sound and corporate event applications with its eMotion LV1 software-based mixing system, combined simply with one or two touch-screens. As users have been finding out, the tactile environment proves ideal for real time control during events and performances, allowing sound engineers to leverage all the power of audio processing tools, like those available on Waves plugins, in real time. Surprisingly, users are increasingly reporting they are able to interact better with a graphically rich user interface on the eMotion LV1 console, compared with using plug-ins in hardware consoles with smaller touch-screens and physical potentiometers and buttons.

The convenience of adding any type of processing or effect plug-in at any point of the audio-chain is of great value and, given the signal routing flexibility of a computer-based software mixing solution like the eMotion LV1, it's not surprising that an increasing number of audio engineers decide to try the combination and don't usually want to go back. Tools such as the Dugan plugins add even more value to those workflows, allowing automated level control of multiple microphones, while focusing on other critical and more creative aspects.