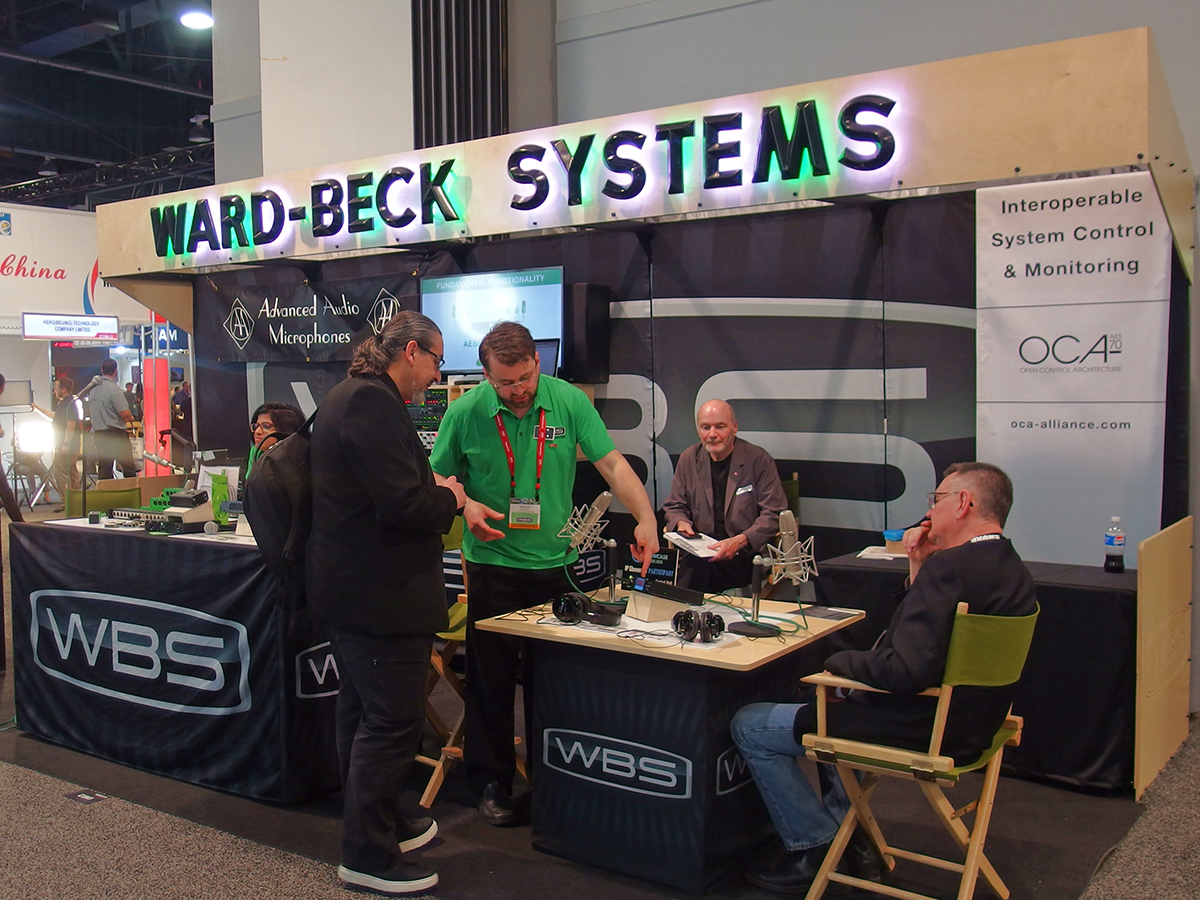 Ward-Beck's PreMO devices are forward-thinking, flexible in usage, and built to withstand the rigorous 24/7/365 work hours of the broadcast industry. All the devices currently in the new PreMO lineup are POE-powered, AES67-compliant, and AES70-compliant. In fact, Ward-Beck was an important contributor to the Alliance for IP Media Solutions (AIMS) IP Showcase at NAB 2018, and its own booth featured complete working demonstrations of AES67 audio networking interchange with AES70 control apart from providing equipment for many other companies, such as Lawo/Ravenna, Solid State Logic and Artel, among others. In fact, Ward-Beck was also the official OCA Alliance / AES70 booth at NAB 2018.

As Anthony P. Kuzub, IP Audio Product Manager at Ward-Beck Systems explains, "We have been working with the AES70 protocol and promoting it over the last year plus. Many discussions were had with customers and all these conversations are very important to us and the OCA Alliance. Matt Hardy from DeusO, was also on hand discussing OCA, unified control interfaces, and true Interoperability. We share the same vision of the future of control and interoperability, and will be working with them and clients we have in common." 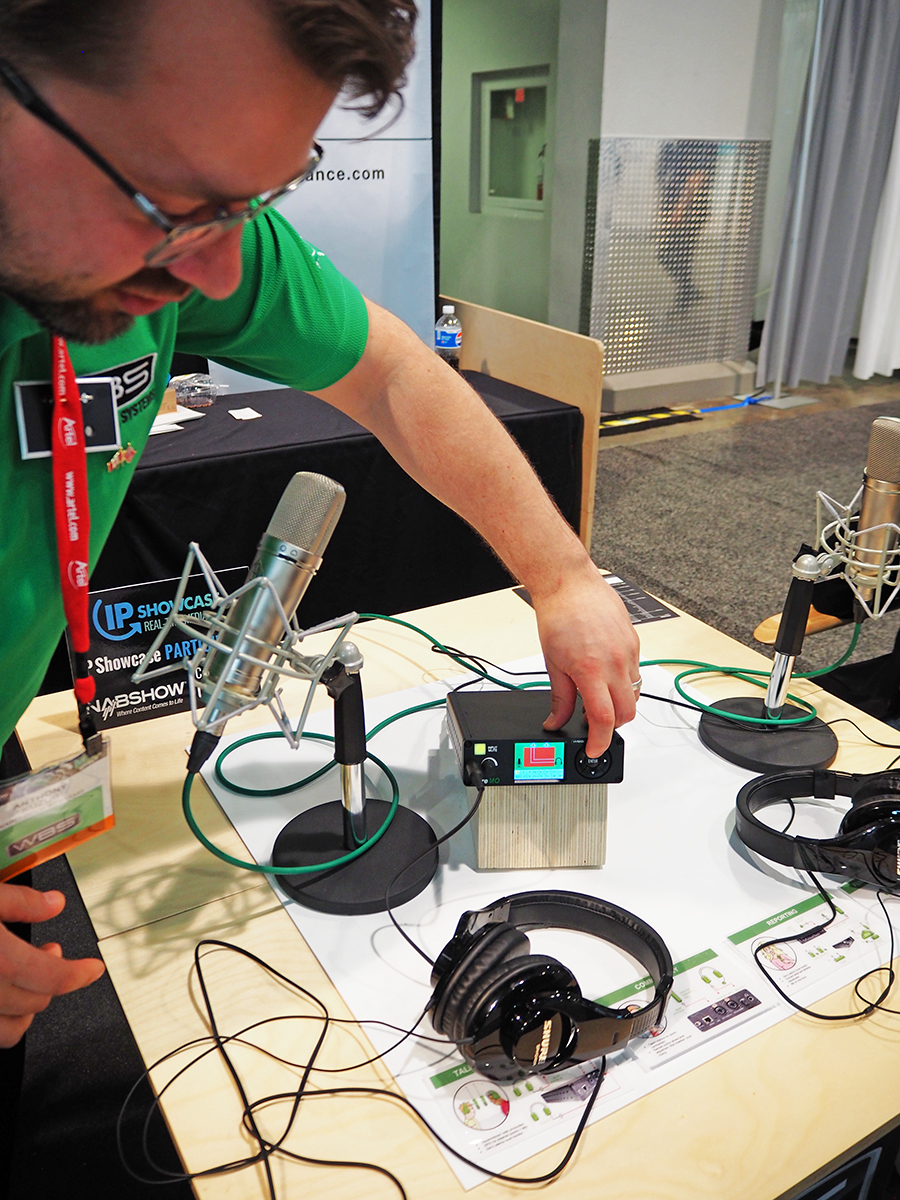 "As Canada’s leader in AES67 technology, Ward-Beck Systems is thrilled to be part of the global effort to push AES67 interoperability worldwide. Our AES67-compliant products now support NMOS discovery, and we have confirmed SMPTE ST2110-30 operability. This is another step forward in our exploration of the world of networked audio and video devices, for the goal of Open Specifications is to promote interoperability, and increase the choice of networked products across a wide range of suppliers," adds Kevin Lyver, Ward-Beck president.

As the company stated at NAB 2018, "The future of audio is here!" For the new preMO series of networked microphone preamps, Ward-Beck combined the company's 50+ years of experience in audio consoles, conversion, and control, all distilled into a pint sized 1/3 rack unit of audio utility. "Whether your expertise is radio, television or even music production, the Ward-Beck preMO series of products will enable cost saving workflows you never thought were possible. preMO promises audiophile grade specifications on a broadcasters budget."

Highlighting multiple usage scenarios for the new products, the company was showing the compact preMO-A1 unit, introduced in 2017, with interesting remote control capabilities. "The virtualization of audio is unified through PreMo, the world’s first AES67 network preamp mic with NMOS discovery. Combining 50 years of pre-amplifier and format conversion experience, the PreMo-A1 is the convergence of analog audio, digital conversion, and IP based networking. It is an all-in-one network on-ramp; combining a microphone pre-amplifier, analog to digital converter, AES67 stream builder and network interface controller," explains Kevin Lyver.

Now, at NAB 2018, the preMO-A1 was complemented with the next generation preMO series models, preMO-222, and preMO-221. All devices combine microphone pre-amps, analog to digital conversion, AES67 stream builder and network interface controller, powered directly by an external power adapter or with Power over Ethernet, where a single Ethernet cable carries the data signal and provides operating power, eliminating the need for external power. 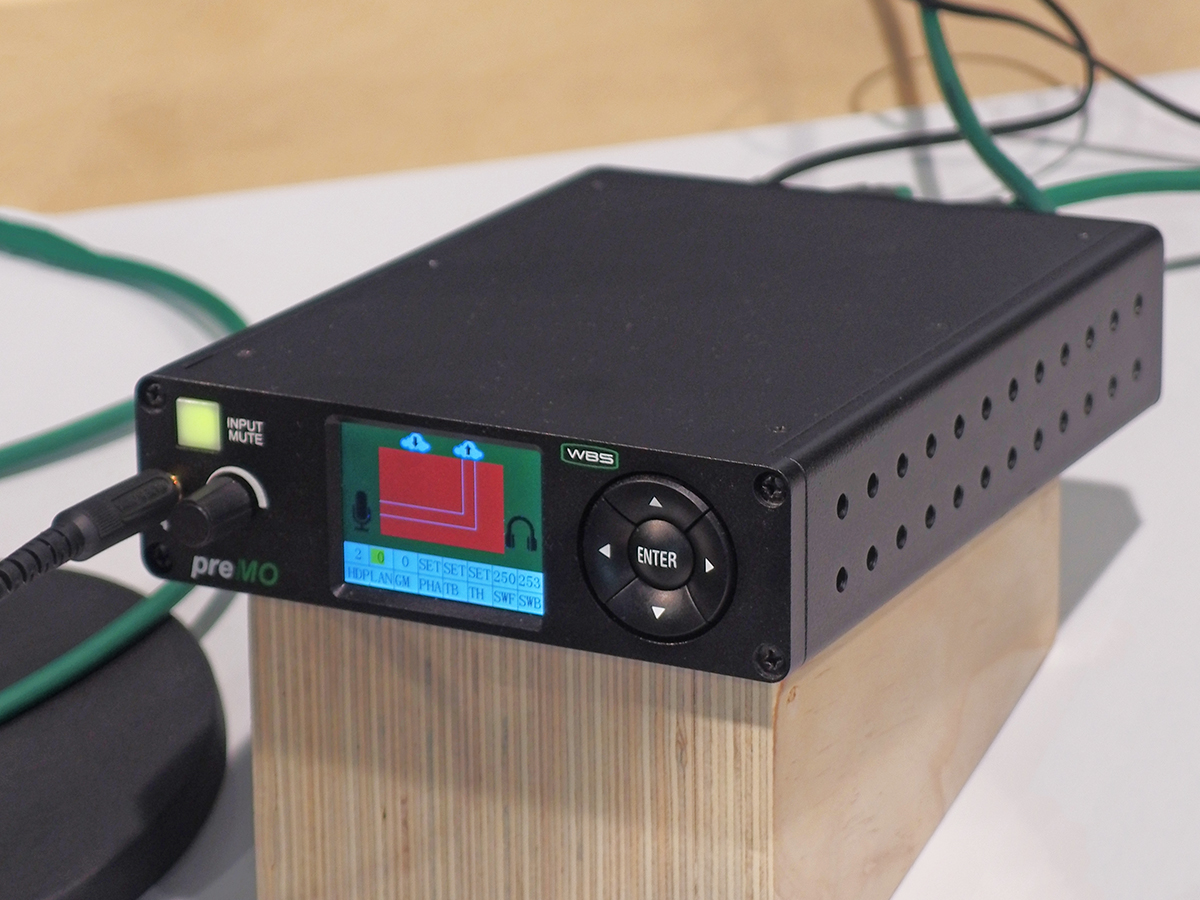 Specifically, the PreMo-222 is a dual microphone preamplifier and dual stereo headset preamp, communicating with AES67, Ravenna, and ST2110 protocols, to connect "performance to producers, voices to ears, talent to task and audio with networks," as the company puts it. Power Over Ethernet plus redundant local supply ensures broadcast reliability, and remote control via AES70 allows level adjustment, filter insertion, phantom powering, local mixing and more. Once digitized and packetized, the microphone signals are ready to be distributed on modern production AES67 / Ravenna / ST2110 networks.

"Audio signals on the network can be received and listened to through the exceptional headset drivers. As the name suggests, the PreMo-222 has two mics to network input, 2 headset output, and 2 independent volume controls. Combining these features with its networking capabilities, it is basically a one-stop shop for decentralized radio production. The PreMo-222 is perfect for talk show radio, reporters on the go, live-casting, live sports commentary from the stadium, and many other such applications. 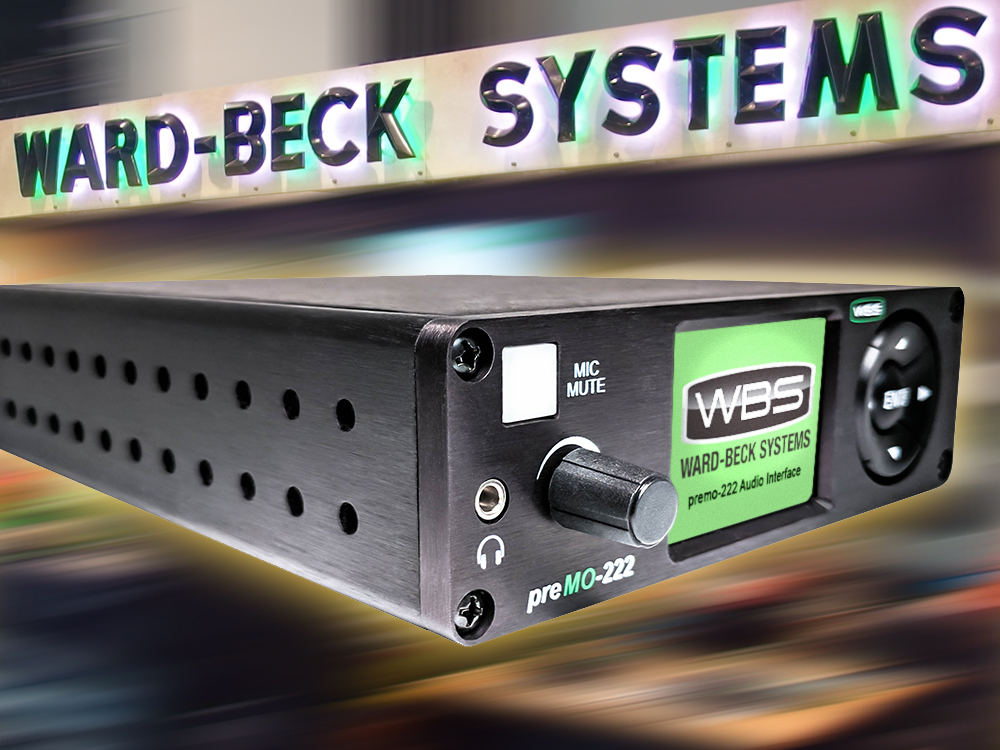 The PreMo-212 is a modified version of the PreMo-222. It has the same features as the PreMo-222, except for the headset output at the back, which is replaced by a fixed analog line output. Common specifications for the two models, indicate 24-bit A/D and D/A conversion at 44.1kHz, 48kHz, or 96kHz sampling frequencies, and full internal DSP processing. The company also previewed the new AMS-2X2, a rackmountable 2-channel networked mic preamplifier, which can also be POE-powered and is AES67 and AES70 compliant. The AMS-2X2 has two mics to network input and speaker outputs, as well as volume control. It is similar in function and applicability to the PreMO-222, with the added benefit of being a rackmount unit.

Even though Ward-Beck designs and manufactures equipment mainly used in the radio and television broadcasting industry, the evolution towards fully networked audio systems is opening new markets for the company, from recording studios to all sorts of audio production. The fact that Ward-Beck products are able to handle virtually any format and interface, from MADI to analog or AES digital, and are used daily in all types of productions, from morning talk shows, to the Olympics, and major league sporting events, enables the company to fully understand where audio networking fits and how to gain the best operational benefits, rather then simply replacing one technology for another.
ward-beck.com
related items