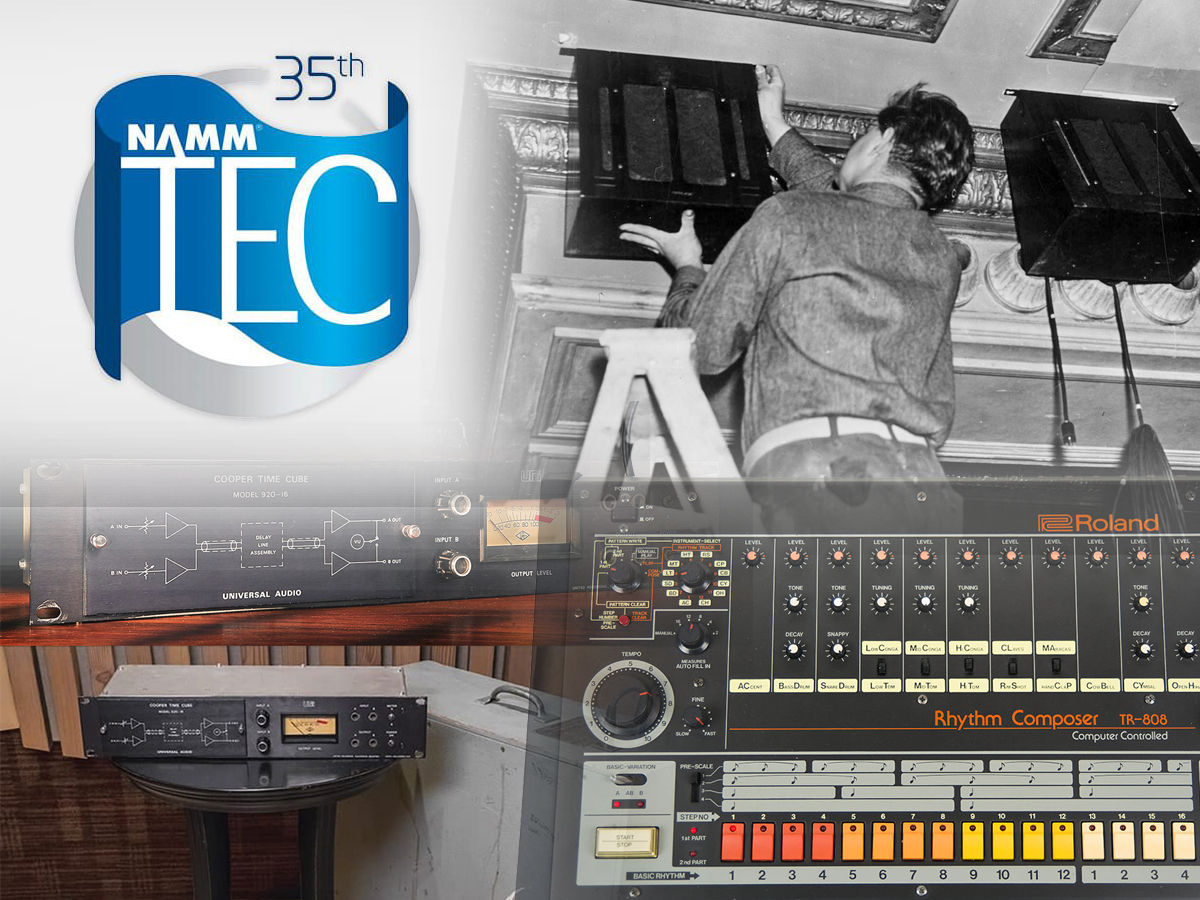 “Every one of these innovations made a major contribution to how sound is created and reproduced – even years after their debut,” says TECnology Hall of Fame Director George Petersen. “In fact, all of these technologies are still in use every day.”

"The collaboration of Walt Disney Productions with Bell Labs and RCA to create the 4-channel ‘Fantasound’ playback process used in 1940 for the production of Fantasia set the course for later breakthroughs in cinema sound, that also included Dolby Stereo’s Star Wars, recorded 35 years later,” continues Petersen. “As another example, Roland’s TR-808 programmable drum machine became part of the foundation of music movements in hip-hop, rap and electronica. And although made in 1980 — almost 40 years ago — the once $1,200 TR-808 remains a highly-prized studio tool today, with working units valued in the $4,000 range.”

The TECnology Hall of Fame also celebrates the work of individual inventors, such as Boston band founder Tom Scholz’s 1980 Rockman guitar processor. He developed this barely larger than a cigarette pack studio-in-a-box from a need to create consistent, high-quality electric guitar tones for use onstage or in a recording studio and that sound found its way onto countless hit records, not only for Boston, but other artists as well.

Inductees to the TECnology Hall of Fame will be officially inducted Saturday, January 18, 2020 at 4:00 p.m. in the NAMM Member Center inside the Anaheim Convention Center. Past honorees have ranged from the early Edison cylinder recorders, to microphone and sound system designs, and from groundbreaking tape recording devices, to products tied to key developments in digital audio workstations and software plug-ins.

Congratulations to The 2020 TECnology Hall of Fame inductees!

1940 Multichannel Film for “Fantasia” (Walt Disney Productions)
Today, some 80 years later, Walt Disney’s Fantasia (1940) is still regarded as a cinematic masterpiece for its breathtaking animation. But the film was historic in other ways, as well, being the first film to be released with a four-channel soundtrack. 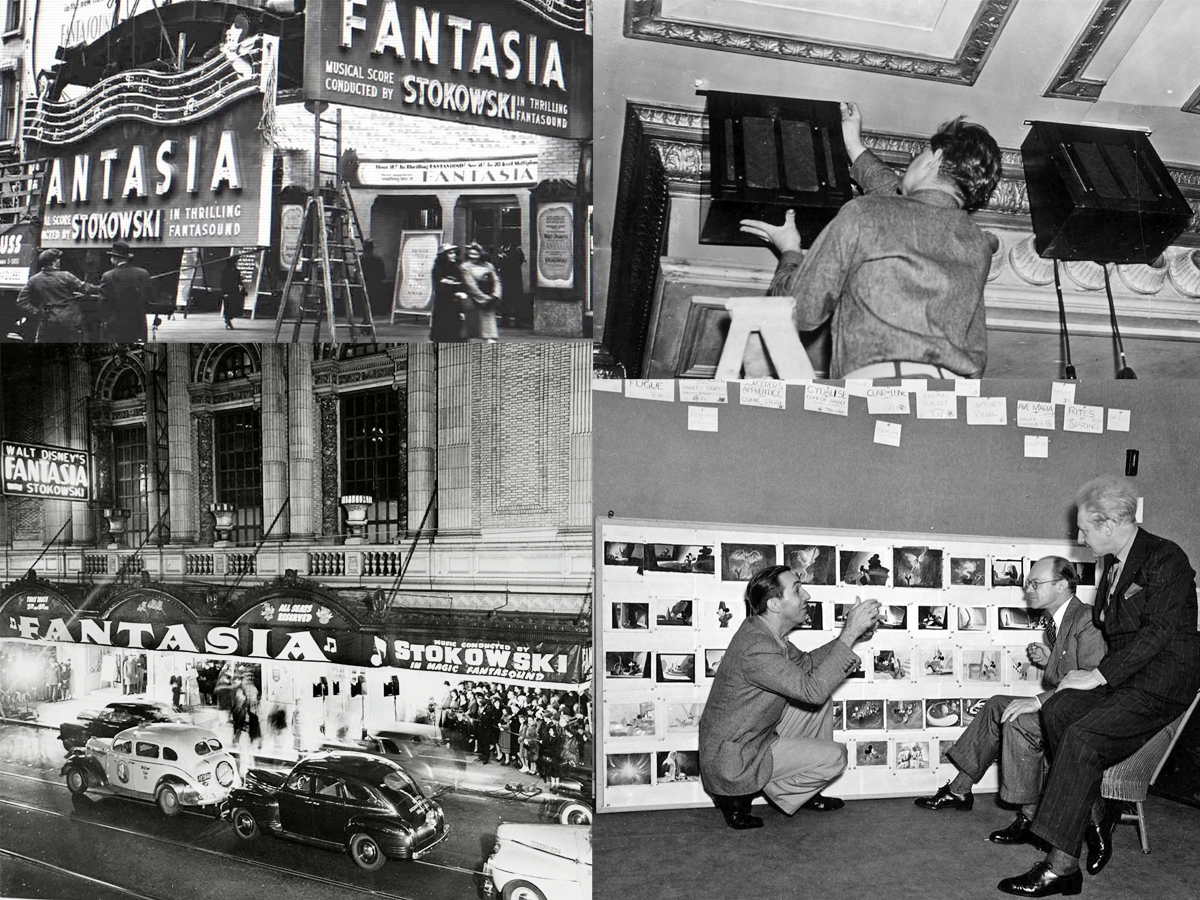 In the days long before multi-tracking, Leopold Stokowski and the Philadelphia Orchestra’s performances were recorded onto nine separate synchronized optical 35mm film recorders using a collaborative Disney Productions/Bell Labs/RCA technology later referred to as “Fantasound.” The tracks were then mixed to four optical channels for theatrical release using newly developed “panpots” that would feed left, center, and right speakers behind the screen and 65 small speakers surrounding the audience.

The film was released in 1940 to critical acclaim at the Broadway Theater in New York City. Due to the costs/complexity of the playback system (and the outbreak of World War II), Fantasia was only shown in this format in a dozen other cities. It was later reissued as a mono version in 1940 and was revived as a stereo release with magnetic sound-on-film soundtrack in 1956, the eventual precursor to today’s Dolby stereo film formats.

1971 UREI Cooper Time Cube (Duane Cooper/Bill Putnam)
In the days before digital, achieving delay effects either required “bucket brigade” analog circuits, tape delay or simply sending audio down a long pathway (hallway, stairwell, etc.) and capturing the result with a microphone at the other end. 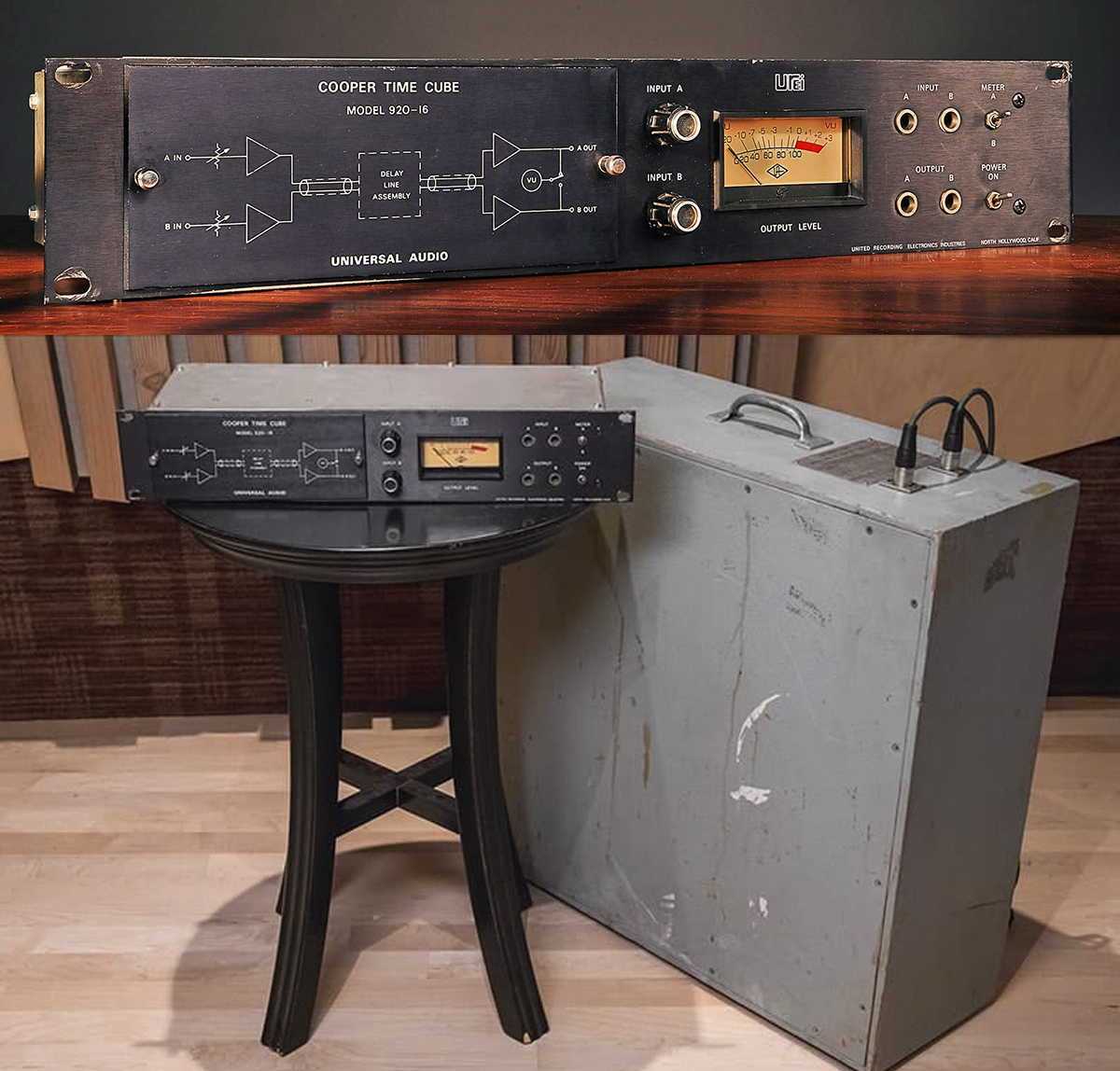 Seeking an alternative, in 1971 Bill Putman of Universal Audio/UREI and Duane Cooper collaborated to create the first mechanical delay device which routed audio down a garden hose housed in an enclosure with microphones placed at different points, yielding a choice of 14, 16 or 30 milliseconds of delay time.

The device had its own unique delay and doubling effects and sound and found its way onto many hit songs, including “Tell Me Something Good” by Rufus and War’s “Low Rider.” Few units were made (and fewer exist today), yet its classic sound lives on as the “Cooper Time Cube Mk II,” a Universal Audio software plug-in version that updates the original with modern features like tempo sync, pan, and EQ.

1980 Roland TR 808 Drum Machine
It’s hard to believe that a 40-year-old drum machine continues to have a profound impact on the sound of modern music, but the 1980’s Roland TR-808 is such a device. One of the first drum boxes that allowed users to create and store beats and patterns, the TR-808 found a receptive audience, especially with its intuitive, easy to use onboard sequencer. Unfortunately, as drum samples became affordable and more “realistic,” the TR-808, with its analog-synthesized percussion sounds was discontinued. 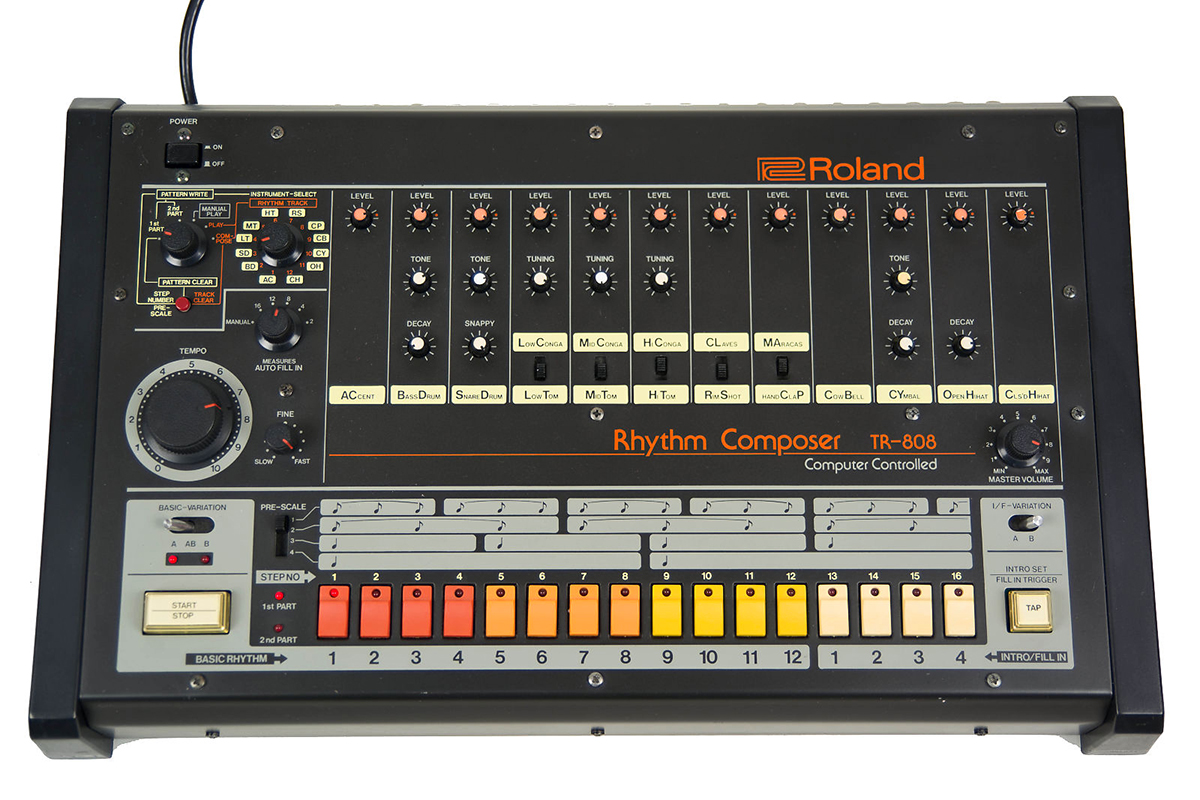 However, the TR808 remained popular with a core audience — particularly in the hip-hop, techno, and R&B genres and was prominent in hits such as Marvin Gaye’s 1982 “Sexual Healing” but has remained so over the years. Today, that classic TR-808 kick drum (widely sampled and available everywhere) and other TR-808 sounds are a mainstay on hits by RUN DMC, Beastie Boys, LL Cool J, Public Enemy, Kanye West, and countless other artists.

1982 Scholz Research & Development Rockman (Tom Scholz)
Long before the term “project studio” was coined, Tom Scholz (founder of the band Boston) built a basement studio to record his own music, including his band’s debut album. An engineer with a master’s degree from MIT, he created much of his own gear, including what was to become the Scholz Rockman, a pocket-sized box that offered compression, distortion, stereo chorus and delay effects for guitar — effectively becoming a complete studio or pedalboard in a miniature package. 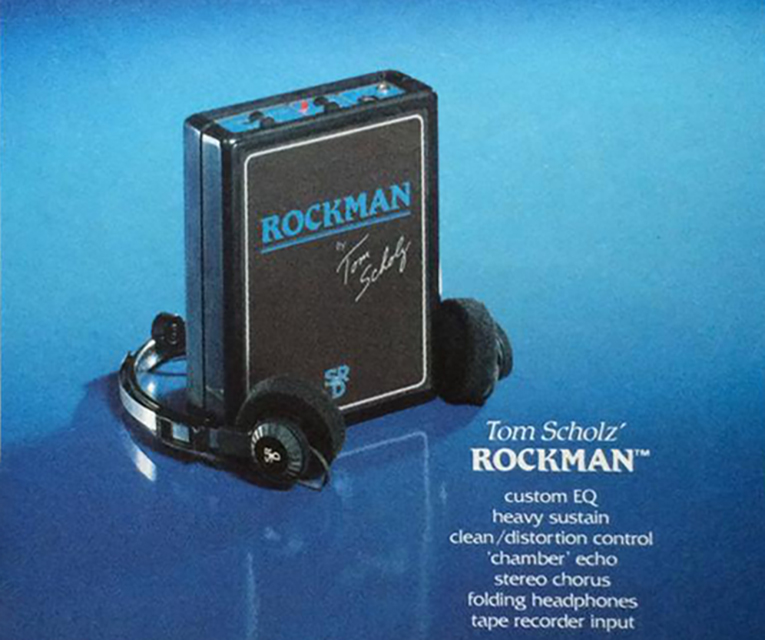 Scholz founded Scholz Research & Development to manufacture and market his inventions, including the Power Soak amplifier attenuator, which allowed the recording of amps at lower volumes, along with the popular Rockman, X100, Soloist, Guitar Ace, and Bass Ace. With the Rockman’s headphone amp output, the unit could smoothly function as a direct box, providing players with a great sound that was consistent and simple to achieve — laying down the foundation for a revolution in the way guitarists make music, both live and in the studio.

1992 Neutrik Combo XLR-1/4" connector
One would hardly expect that the design of an audio connector would have a profound impact on the audio and music production industry, but the Neutrik Combo is exactly that. 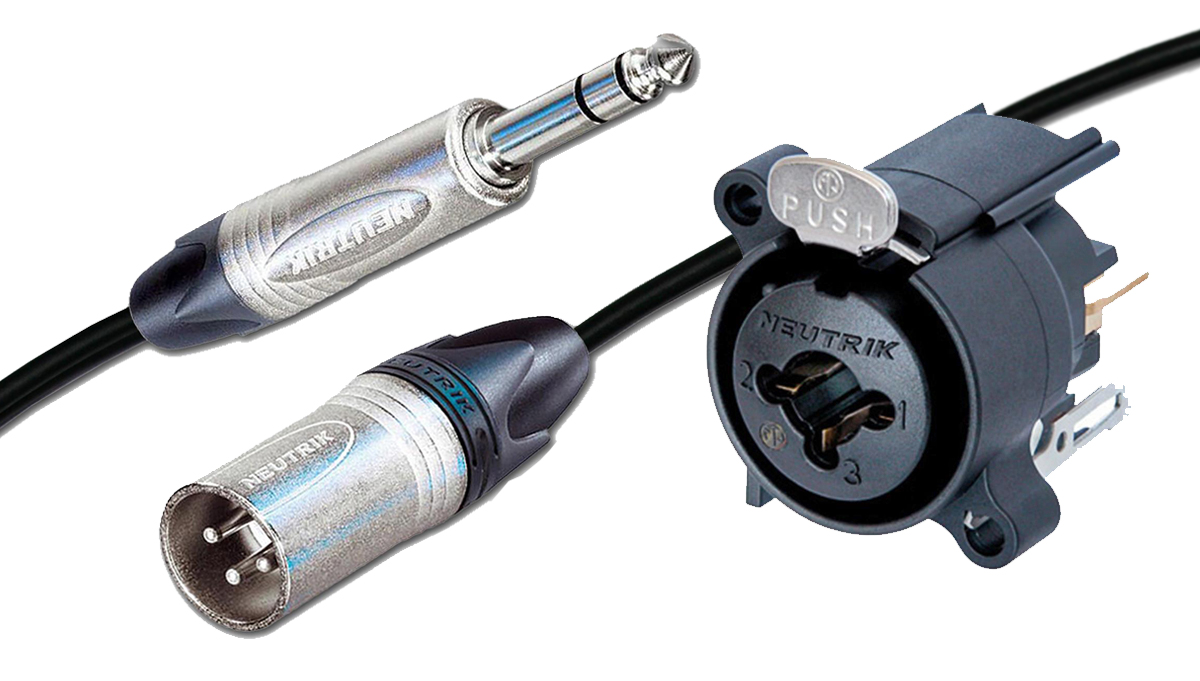 Debuting in 1992, this was the first hybrid panel-mount connector combining a 3- pole XLR receptacle and mono or stereo ¼" phone jack in one XLR housing. A perfect example of "why-didn't-I-think-of-that-first," Combo saves valuable real estate on today's I/O-packed gear, simplifies hookups in this pro/semipro world and can significantly reduce manufacturing costs — without compromising quality. Also, the Combo connector’s timing was ideal, launching exactly when an explosion of low-cost project studio and live performance consoles and speakers were hitting the market.

Today, the Neutrik Combo is just as popular as it was nearly 30 years ago. It is available in non-switching and normalling versions, with horizontal or vertical PCB mount or soldering terminations.

2002 Crane Song Phoenix Plug-in (Dave Hill)
Even in the pro audio world, Crane Song founder Dave Hill is hardly a household name. But starting back in the 1980s, his designs were the driving force behind many of Summit Audio’s most successful studio products, including the EQP-200 Dual Program Equalizer and the DCL-200 Dual Tube Compressor. Later setting out on his own, he founded Crane Song to create pristine-quality electronics for recording, mastering, and live sound engineers. 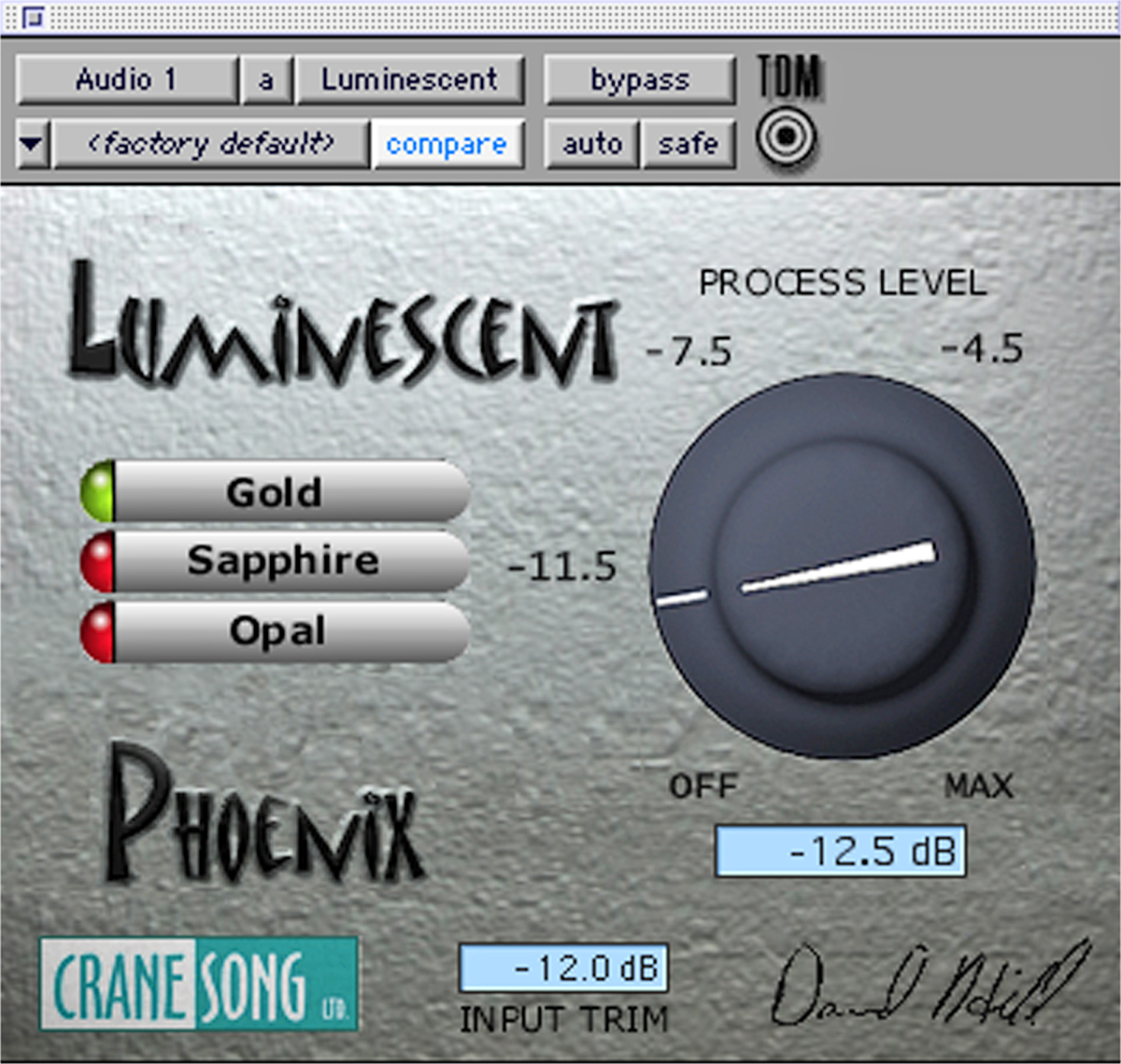 First shown in 2002, Phoenix was Dave Hill’s first foray into creating plug-ins. A TDM plug-in suite for Pro Tools HD, Phoenix is designed to put analog color into the digital domain by increasing apparent loudness without increasing gain (e.g., by modeling analog tape compression). The five different "flavors" of Phoenix can result in a much more musical sound and can add effects similar to gentle tape saturation — and is ideal for giving digital systems an analog sound — either in the studio or for live front of house or monitor mixing. Phoenix II, a newer version, runs both native and DSP on Avid’s AAX platform.

2010 QSC K-Series Speakers
When a company known for its roadworthy amplifiers comes out with a self-powered speaker line, the industry takes notice. While QSC’s K-Series was not its first venture into the powered speaker market, the line has gone on to become its most successful speaker offerings and a decade later, is well into its second generation, the K.2. 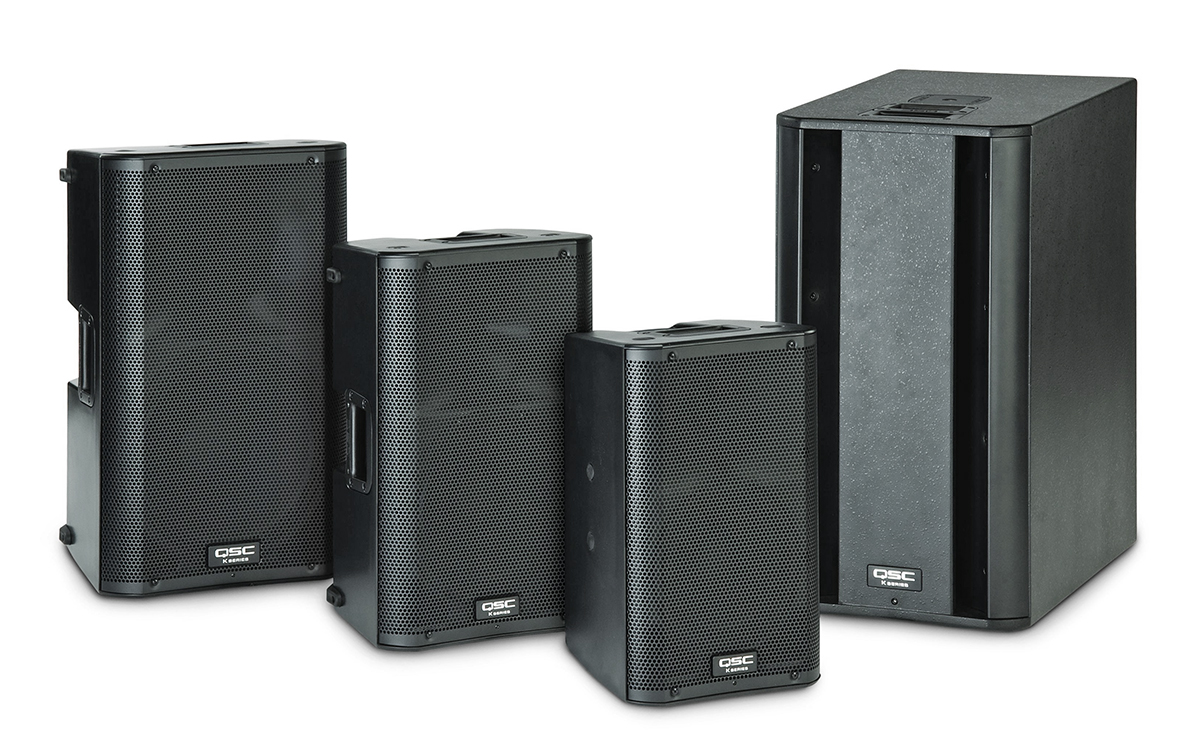 The original K-Series had three DSP-driven, two-way systems with 8, 10 or 12-inch woofers, 1.75-inch compression drivers on axisymmetrical waveguides and 500+500 watts of Class-D amplification, along with a compact, optional dual-12 KSub subwoofer. Offering rugged cabinets, tough steel grills, fly points, onboard DSP and great sound in affordable packages, the K-Series took off like a shot and continue to be a solid seller that’s popular with both pro and M.I. users alike.