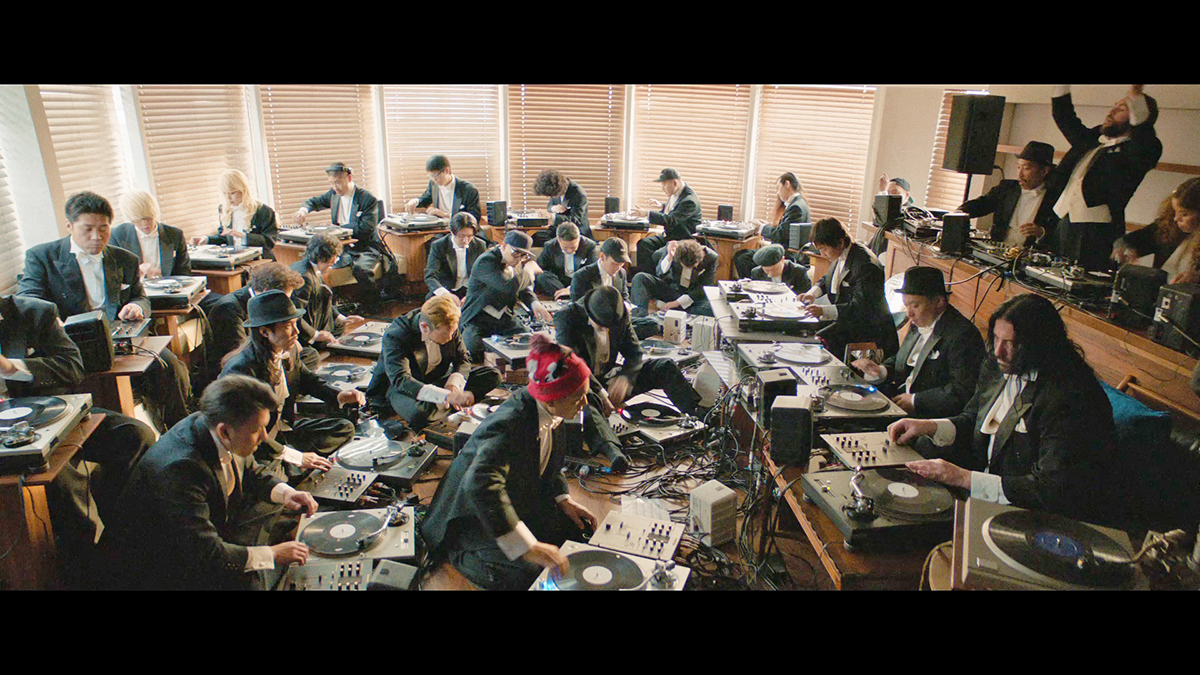 Did we say "turntablists"? Well, they can also be called "renowned DJs", and the "orchestra" features thirty of them from around the world, including DJ Rena, the reigning Japanese world champion (youngest ever world champion in history), who took the "DMC World Championship" title in 2017 at just 12 years old (he was 12 when he won the "DMC World Championship Single" in 2017. He is 13 as of March 2018). All came together to Tokyo, Japan, to create the world's first "turntable orchestra" in the day on which LP records were first born in Japan. Of course, using the Technics' iconic turntable SL-1200 series, originally released in 1972, and their excellent skills.

The theme of the orchestra was "Rediscover Music." All they used were classical music records, mixers, and Technics SL-1200 series turntables. In the session, which can now be seen on the videos released, DJs remixed and mashed up numerous classical music. Fragments of the songs were "collaged and woven together" organically. Together they created an all-new music experience as the world's first turntable orchestra.

The DJs dressed in tailcoats included DJ Kentaro, who became the first Asian world champion in 2002, and many other winners of the "DMC World Championship." With exceptional scratching, beat juggling, and drumming skills, the DJs remixed and mashed up an original 3-minute plus piece of music.

To signal this initiative, a special website with an interactive interface was also designed to resemble Technics equipment. The "Performance Movie Player" is equipped with a start/stop button, volume meter, levels, and pitch faders, and users can also arrange the DJs' performance using the mixer, cue button, and pitch fader.

The SL-1200 series is a legendary analog record player manufactured by Panasonic and sold under the Technics brand. Since being released in 1972, the SL-1200 series has continued to represent the Technics brand and has been loved by many music fans around the world. In 2010, the series left the market, but it came back in 2016 as a limited edition model, the SL-1200GAE, and the SL-1200G general model, both of which inherited the look and feel, and the spirit of the legendary series.

One of its most prominent characteristics is the direct drive featuring an ultra low speed motor and high torque. This unquestionably iconic turntable enables an extensive range of scratch and play, and that is why it has been long loved by DJs worldwide.
You can visit the "The Philharmonic Turntable Orchestra" special website and watch the performances here.