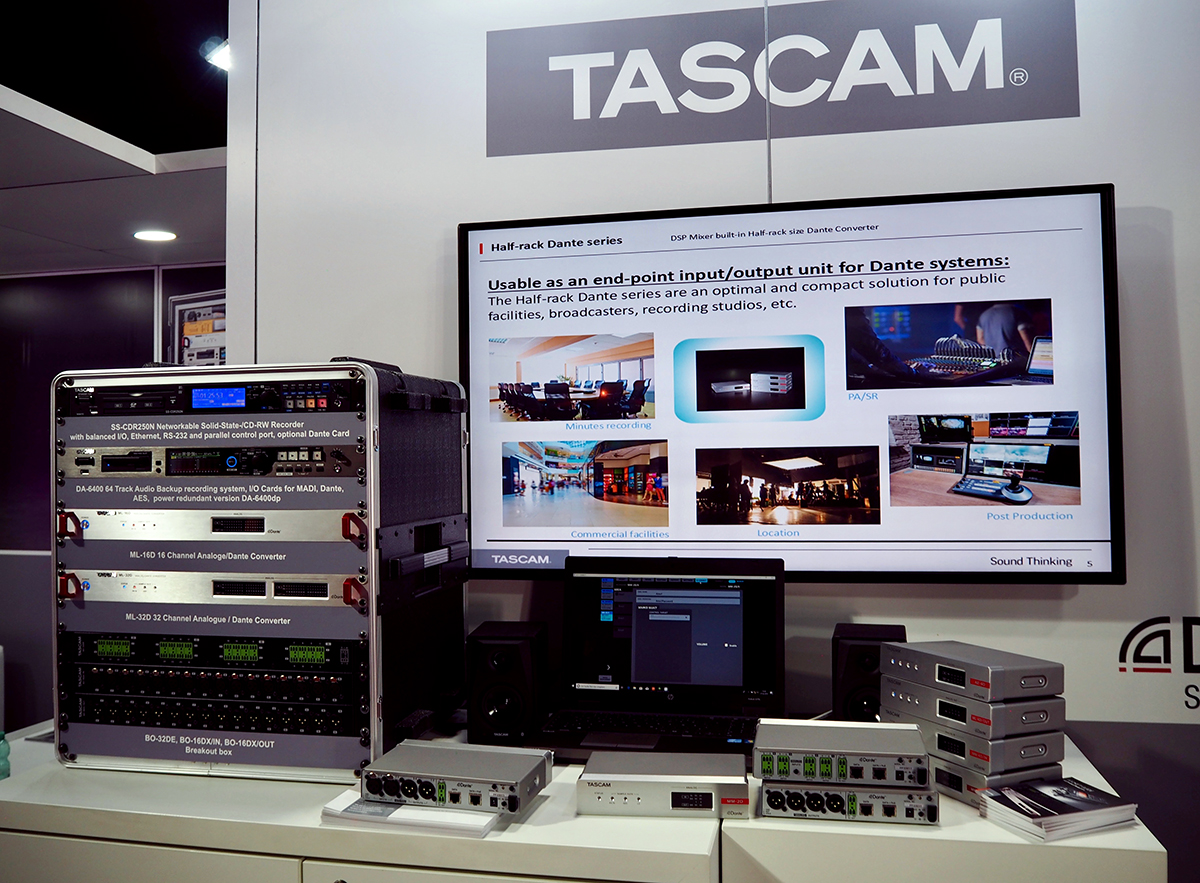 The most popular item shown by Tascam both at NAMM 2019 and ISE 2019 shows was the retro-looking Model 24 Recorder/Mixer, which also signalled the return of the brand to its core values and represents a touch of nostalgia from a time when home studios revolutionized the music industry. The Model 24 Recorder/Mixer can be considered like a very nice physical interface for current computer-based recording and music product systems, featuring nice preamps, among many other interesting features.

The part that Tascam should have looked more carefully for the Model 24 was the choice of USB 2.0 for the computer interface, these days completely obsolete and unnecessary. Instead, or at least simultaneously, Tascam should have offered a network connection, enabling the use with its ML-16D/ML-32D Dante/AES67 multi-channel audio interfaces. That would clearly be something else. 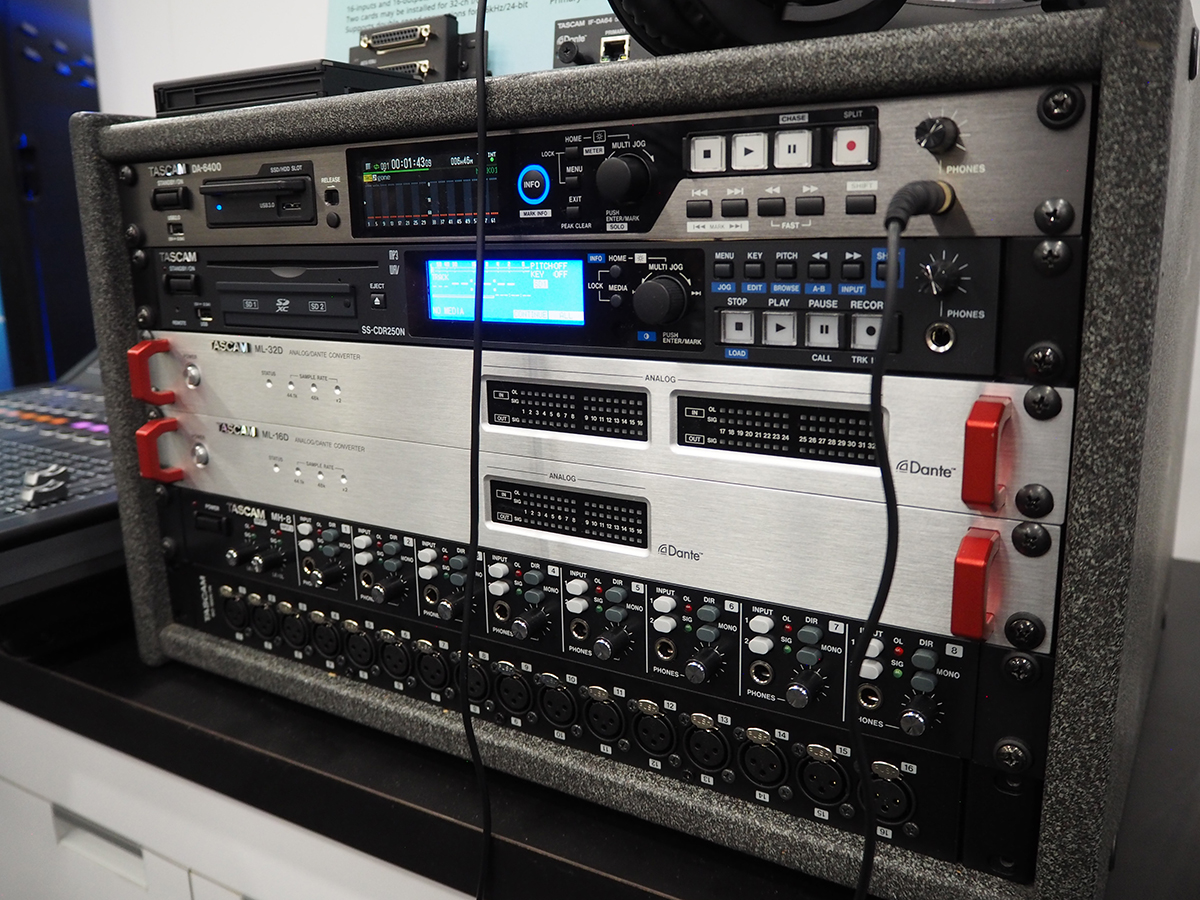 But at least for other applications areas, Tascam is offering an expanded range of Dante-enabled solutions, starting with new Zone Mixers and the Dante/AES67 enabled stereo SS-R250N and 64 channel DA-6400 audio recorder/players. Tascam also offers the new VS-R264 & VS-R265, 4K / HD streaming and recording video devices in a compact 1U half rack size. 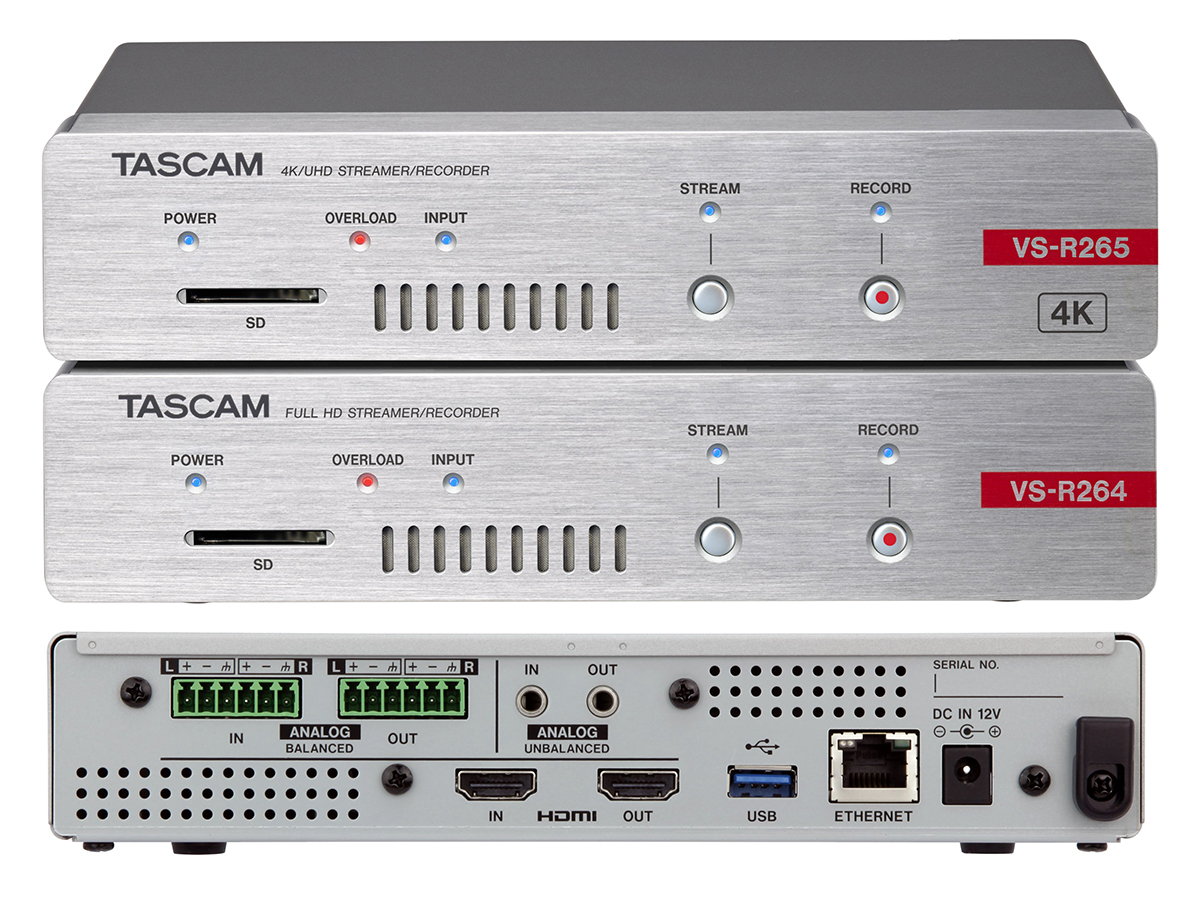 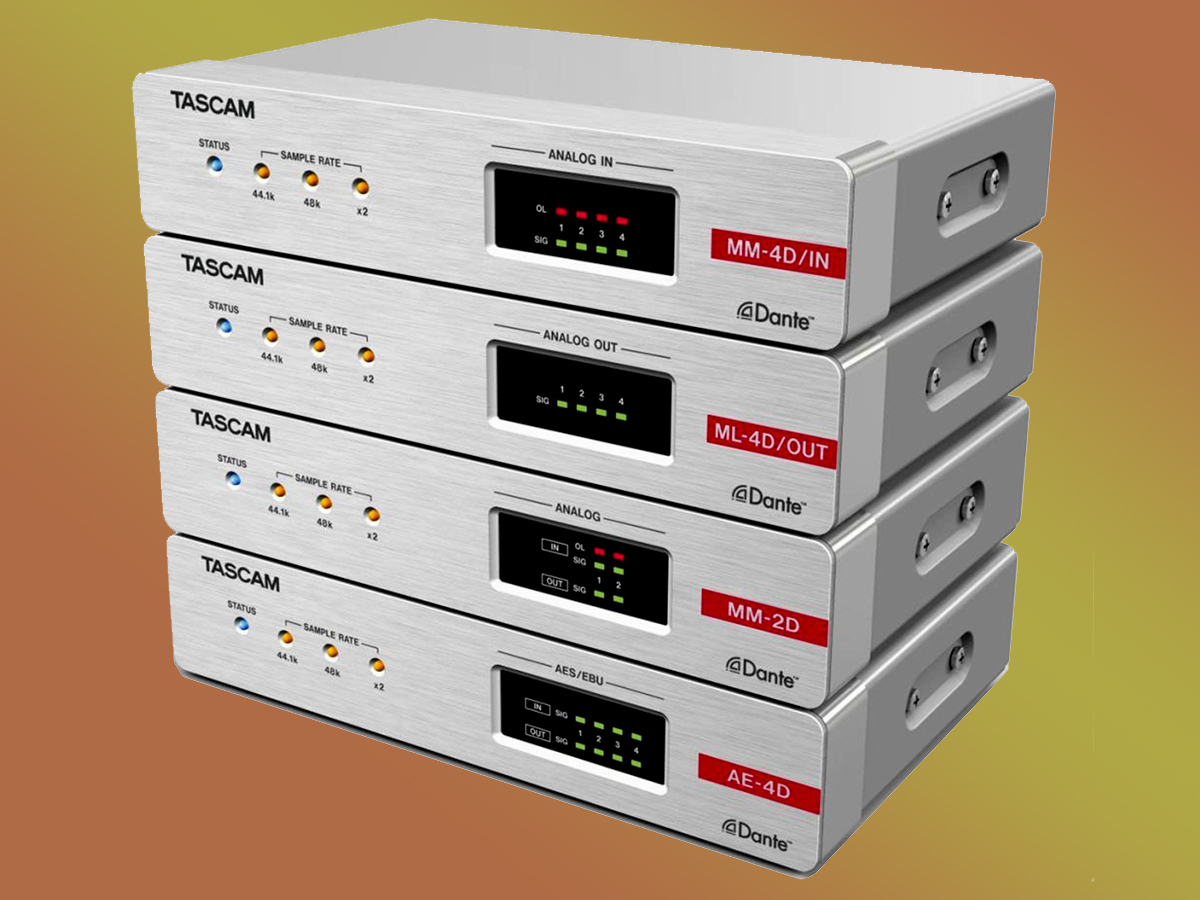 Dante Compact Processors can be freely combined to create custom systems and are easily installed under desks or on walls with the included surface rack-mount angles or rack-mounted with the optional AK-RS1 rack shelf.

All models offer the flexible routing of Audinate's user-friendly Dante controller, and are compatible with Dante AES67 mode and Dante Domain Manager. They offer remote control via GPI, Dante, and either of two free Tascam control software applications, one for integrators and one for end users.

The new Dante Compact Processors can be powered over Ethernet (PoE), via a Euroblock DC In/Out connector for power cascading, and using an optional AC adapter for a redundant power supply or when using the second Dante data port for daisy chaining. All models feature LAN/Dante status and sample rate indicators. The models with analog audio input or output also have audio signal indicators, including input overload LEDs. 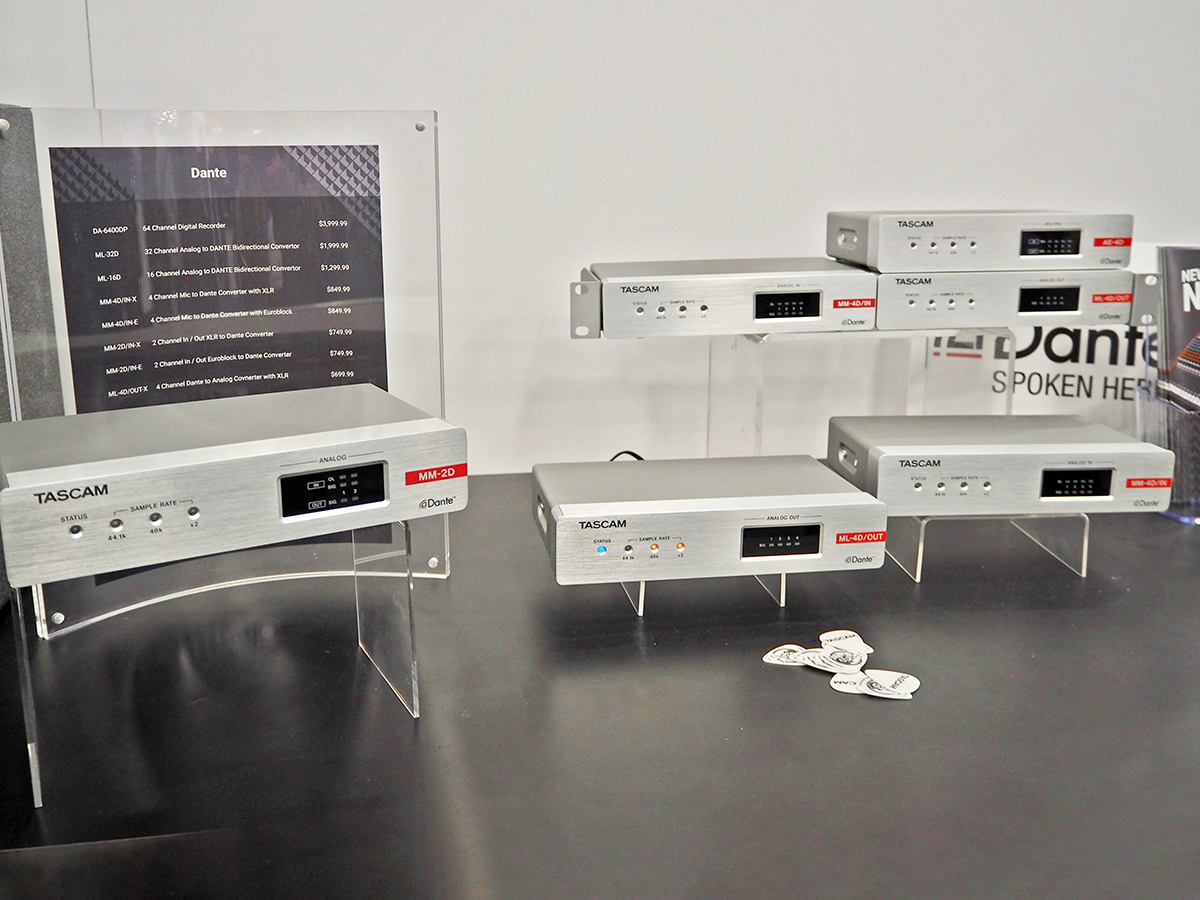