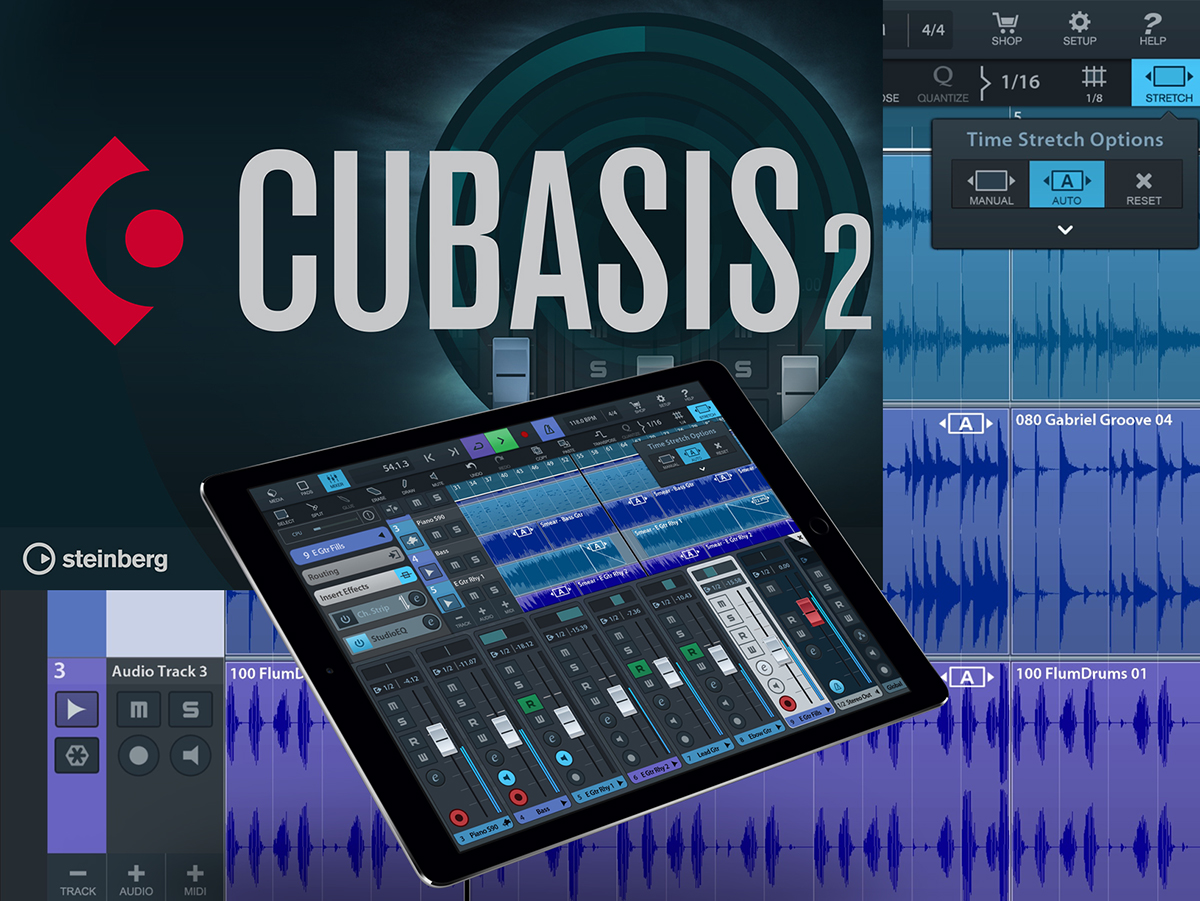 With the availability of the latest iterations of Apple’s iPad Pro - with the incredibly powerful 12.9-inch model in particular - music recording, production and even mastering is becoming increasingly more attractive on tactile iOS platforms, alternatively to desktop based systems. After all, professional studios are adopting touch-screen DAW control based solutions such as the Raven MTX from Slate Pro Audio, while home and project studios benefit of a complete ecosystem of compatible iOS applications, from musical instruments and samplers to complete DAW solutions, which can easily interchange audio and MIDI thanks to technologies such as the Audiobus audio routing app. Many of the iOS apps make excellent controllers to desktop software tools and even some complete production systems benefit from complete compatibility with the main studio systems. If there is an application where the hands-on tactile interface of the powerful iPad excels it certainly is in audio and music production. Increasingly, users are getting used to working directly on the iPad in conjunction with dedicated audio gear and interfaces.

Now doubt, Steinberg’s Cubasis was responsible for introducing many musicians and audio engineers to the possibilities of iOS software and the power, reliability and flexibility of the iPad. After introducing the first version of Cubasis to critical acclaim, the music app world happily bore witness to a host of free feature-laden updates throughout its initial incarnation. Now, Steinberg is back with the second iteration of Cubasis, including refinements to features that users know and appreciate from the previous version, alongside a complete line-up of brand-new tools and capabilities.

Steinberg’s Team Lead & Product Planning Manager Lars Slowak comments: “After releasing over a dozen ‘smaller’ updates to the first version of Cubasis, we now chose to give this release a major version increment due to the many new, full-blown features that this iteration has to offer. It’s certainly also worth mentioning the effort we invested in tweaking the overall app so as to make it even more powerful and intuitive.”

Cubasis is Steinberg’s sequencer app that strongly gravitates toward its desktop equivalent, the Cubase music production system, providing the same look and feel as well as project compatibility that allows for easy import to Cubase. Basically, Cubasis provides all the required tools to arrange, mix and edit music productions, including many effects and hundreds of instrument sounds.

Cubasis 2 comes with the zplane élastique 3, a real-time time-stretching algorithm to tempo match audio loops, alongside the new pitch-shifting feature to align musical keys - something which not along ago was exclusive of the most expensive DAW systems. The professional channel strip boasts its own effects suite, adding a cut filter, compressor, noise gate and tape/tube saturator to each channel.

Spin FX is the latest plug-in addition with a wide variety of DJ-like style breaks, tape stops, stutters and filter effects, while the library of the included Micrologue virtual analog synth has been expanded by more than 75 refreshingly new sounds. With the TAPE expansion, MicroSonic also receives sounds that recreate the trademark sound of the ’60s. Other highlights introduced in version two include a redesign of the user interface, auto quantization of MIDI notes and proven compatibility with iOS 10. 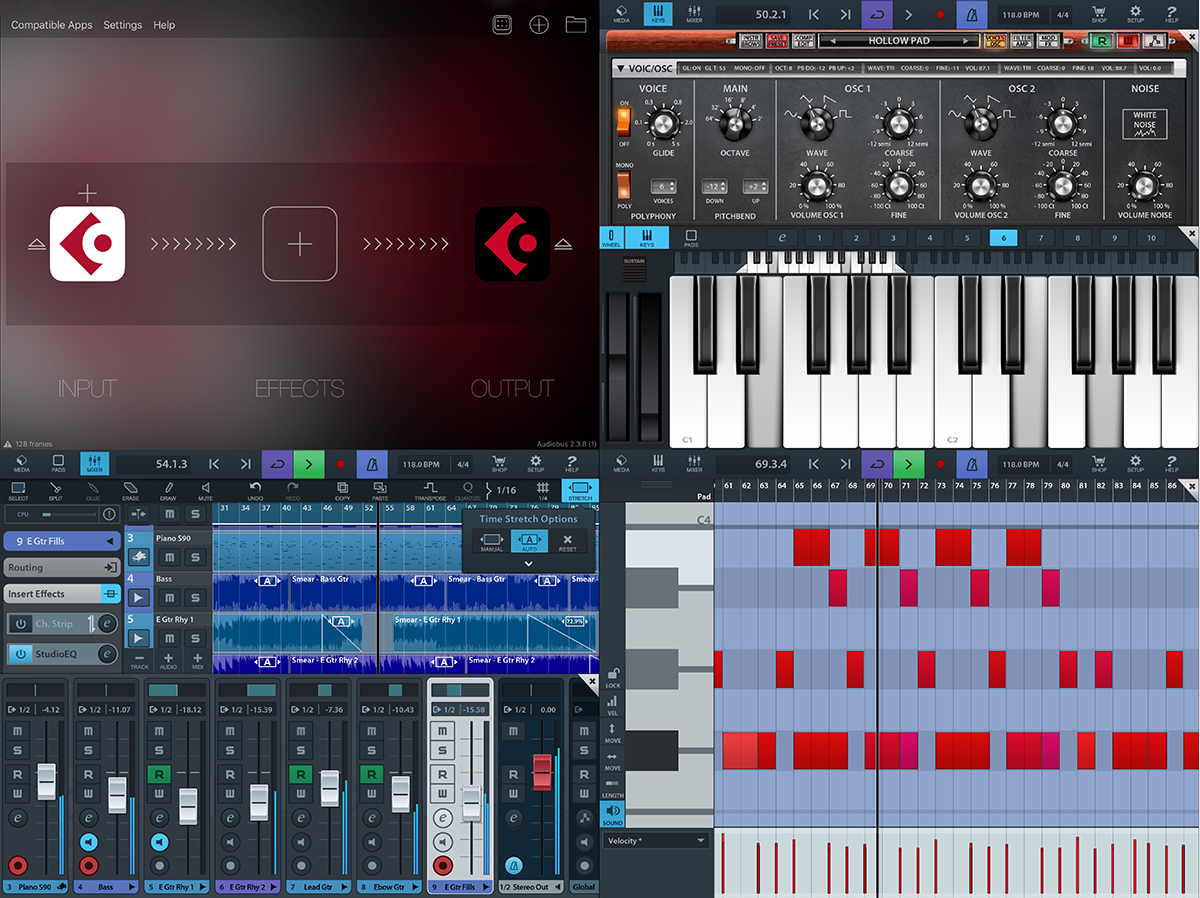 For only $49.99, Cubasis 2 features a 32-bit floating-point audio engine with support for an unlimited number of 24-bit/96 kHz audio and MIDI tracks, 24 assignable physical inputs and outputs, a mixer with studio-grade channel strip per track and 16 effect processors and much, much more.

Next to the release of Cubasis 2, the streamlined Cubasis LE 2 version is now also available and already included with many hardware bundles (such as the Yamaha wireless MIDI adapters and the CME Xkey keyboards) that unlock the LE version’s full potential. By upgrading to the Full Feature Set via in-app purchase, Cubasis LE 2 receives the same feature additions and enhancements introduced in Cubasis 2. Further in-app purchases are the Cubasis FX Pack 1 with six delay and reverb effects and the Cubasis FX Pack 2 with six classic effects like wah and rotary speaker.

With Cubasis 2, we believe that audio recording, MIDI programming and mixdowns have never been easier on the iPad,” adds Slowak.
www.steinberg.net/cubasis
related items