According to Steinberg Media Technologies GmbH, Cubase 11 is "the next major step in the long evolution of DAWs," expanding the possibilities for music production and the features most desired and requested by music producers, songwriters, engineers and composers "and those who aspire to become all of these." Version 11 not only delivers a myriad of workflow and performance improvements across the entire range, but it has also upgraded the smaller Artist and Elements editions now with VariAudio 3, ARA 2 support and unlimited audio, MIDI and instrument tracks (in Artist), and side-chain support in Elements. "Combining these enhancements and upgrades with the exciting newly introduced features provides genuine inspiration for the creative journey of producing music to the highest standards," Steinberg states.

Exclusively available in Cubase Pro 11, for printing stems, exporting processes can be now queued and exported in one operation, with the export selection easily aligned with the selection made in the project, and controlling the full signal path, including channel insert effects group sends and master bus effects. Another focus within the Pro edition is synchronization across different windows. With Global Tracks now displayed in the Key Editor, staying in sync with tempo changes or markers is possible without ever having to leave the editor. 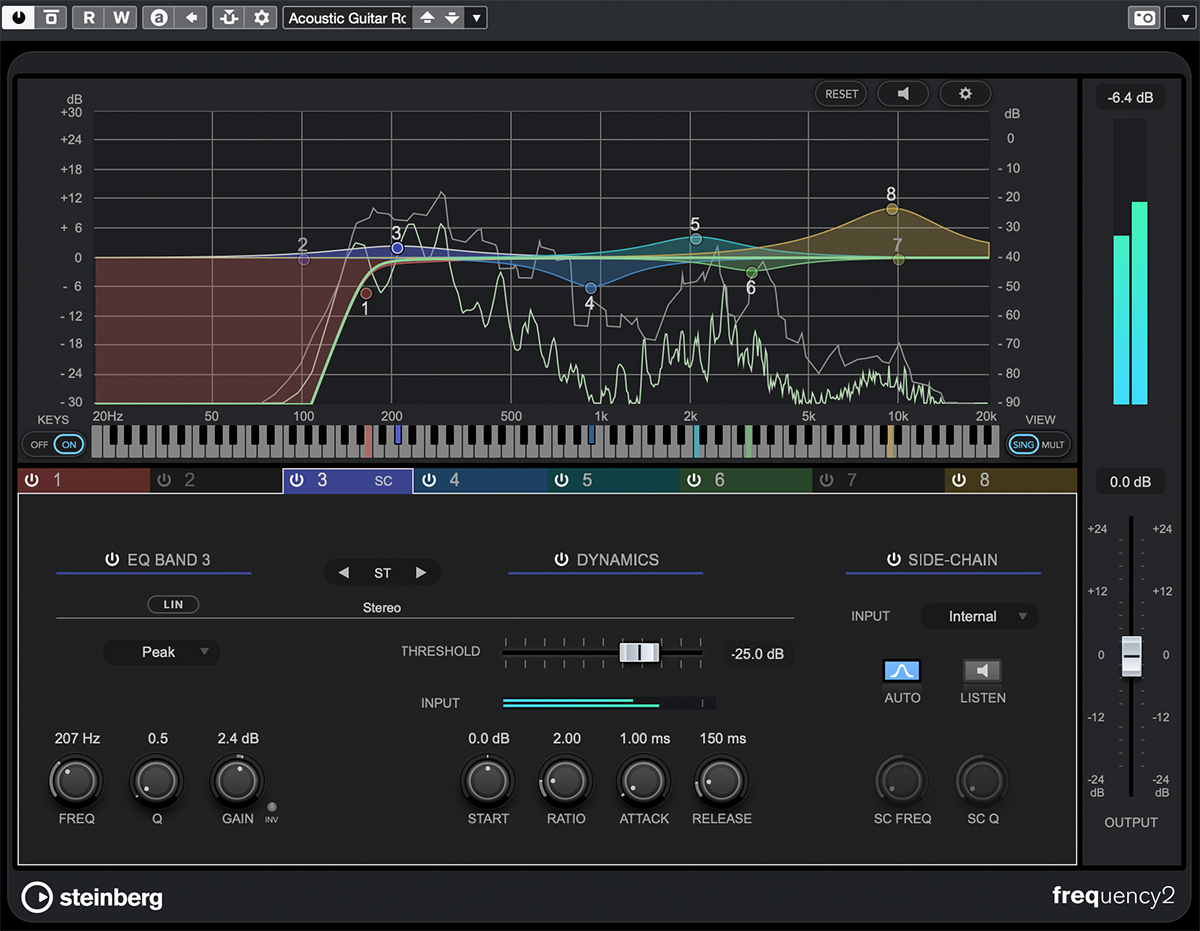 The Frequency EQ plug-in has received an update, now delivering dynamic response options: dynamic mode for each of its eight bands makes the filter nodes follow the input signal, and the newly introduced multiple side-chaining allows each band in Frequency to be set to an individual side-chain.

The Score Editor comes with many new enhancements. The new Properties provides instant access to matching options and notation settings, with Note Editing Overlay notes now edited as conveniently as in the Key Editor. The Score Editor now also supports the SMuFL font format, bringing Dorico’s Bravura and Petaluma fonts to Cubase for the first time.

Other new additions in Cubase Pro 11 are Eucon integration for supporting the latest Avid consoles, the remote recording plug-in VST Connect SE 5 with a resizable and HiDPI-ready user interface, and 5.1 surround sound support for the MultiTap Delay signal processor. 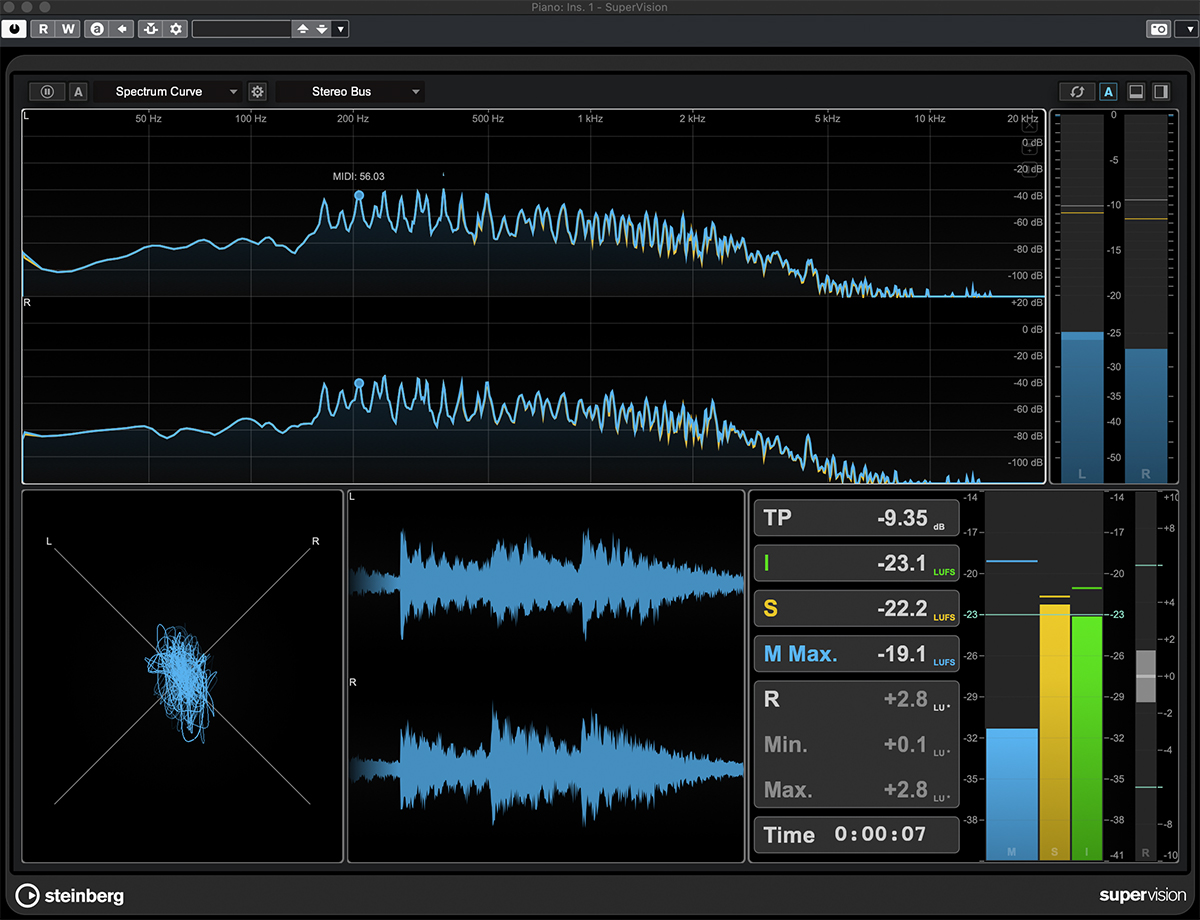 Available in both Cubase Pro and Cubase Artist, SuperVision (screen above) is a fully customizable, multimeter audio analyzer, providing up to nine module slots for level, spectral, phase and waveform analysis. Alongside the many refinements included in Pro and Artist, such as new Marker Lines, Pitch Visibility and improvements to the Range Selection tool and ARA workflow, additional tools have been introduced. These include Imager, the new multiband plug-in that contributes to a cleaner mix, and SpectraLayers One, a compact version of the acclaimed SpectraLayers Pro 7. Imager offers four bands for placing audio tracks in the stereo field, and the individual scope and correlation displays facilitating an easier panning to make the tracks sit perfectly in the stereo spectrum, while SpectraLayers One lets users visualize and edit audio in the spectral domain.

The Sampler Track in Cubase 11 boasts many new additions, such as the new slicing mode for loop-based samples, two global LFOs for more complex filtering sounds, and the new mono legato glide, which is ideal for bass lines. The Scale Assistant is another addition to the Key Editor, setting the scale to ensure that all notes are played in perfect tune. Change the view so that only the notes of the set scale are displayed or let the Scale Assistant analyze the played MIDI notes and change them to the correct scale. Further improvements to the Key Editor’s capabilities include creating ramps and curves in the CC and Pitch Bend lanes, setting pitch bend steps to semitones, copying CC edits to another MIDI track and deleting MIDI notes with a simple double-click — it’s often the small things that make all the difference. 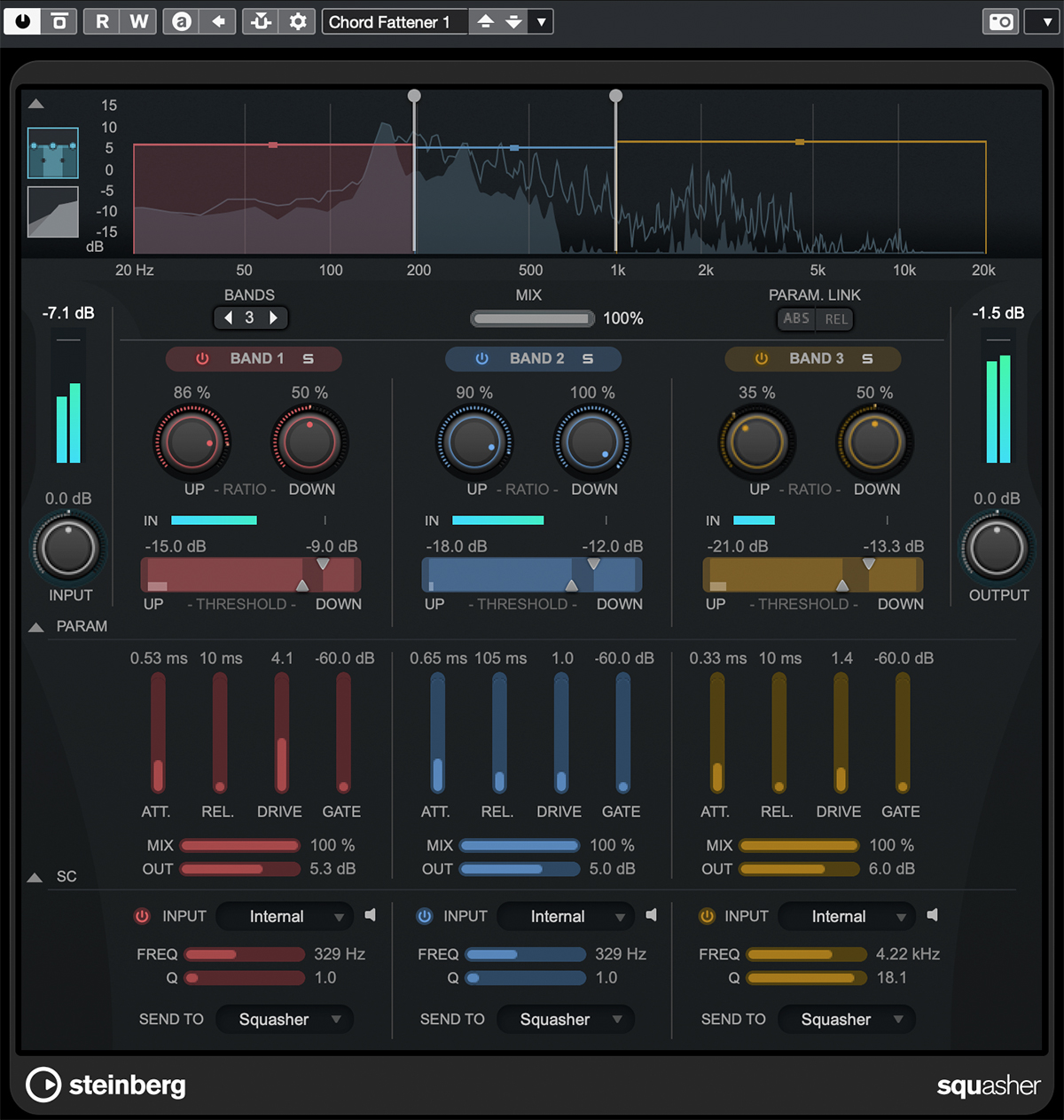 Also new to Cubase 11 is Squasher, a great tool that combines upward and downward audio compression for up to three bands, making it extremely flexible for adjusting the dynamic range. Cubase 11 also comes with fresh-new content: six sound and loop sets have been created by hip-hop producer Beat Butcha, Hollywood sound designer Robert Dudzic and Black Octopus Sound, covering a wide range of music styles that will help to quickly jump-start any music production project.

Additional features across the three editions of Cubase include variable DPI on Windows 10, with more scaling settings than ever before, optimized performance for Apple Metal-capable GPUs, further optimization for real-time processing on systems with more than eight cores, and a new multiple side-chain input architecture.

"Cubase 11 is an outstanding release, which includes many enhancements and new features to make producing music easier, quicker and, yes, make Cubase more fun to use as well. We have been working closely with producers and composers to see what developments would enhance their workflow: some have a big impact on how one works in Cubase while others are small, detailed changes that make certain processes run just that much more smoothly. Overall, Cubase 11 is an essential update for all Cubase users as well as being the ideal version for those looking to dive into the world of music production for the first time," says Matthias Quellmann, Steinberg’s Senior Marketing Manager for Cubase. 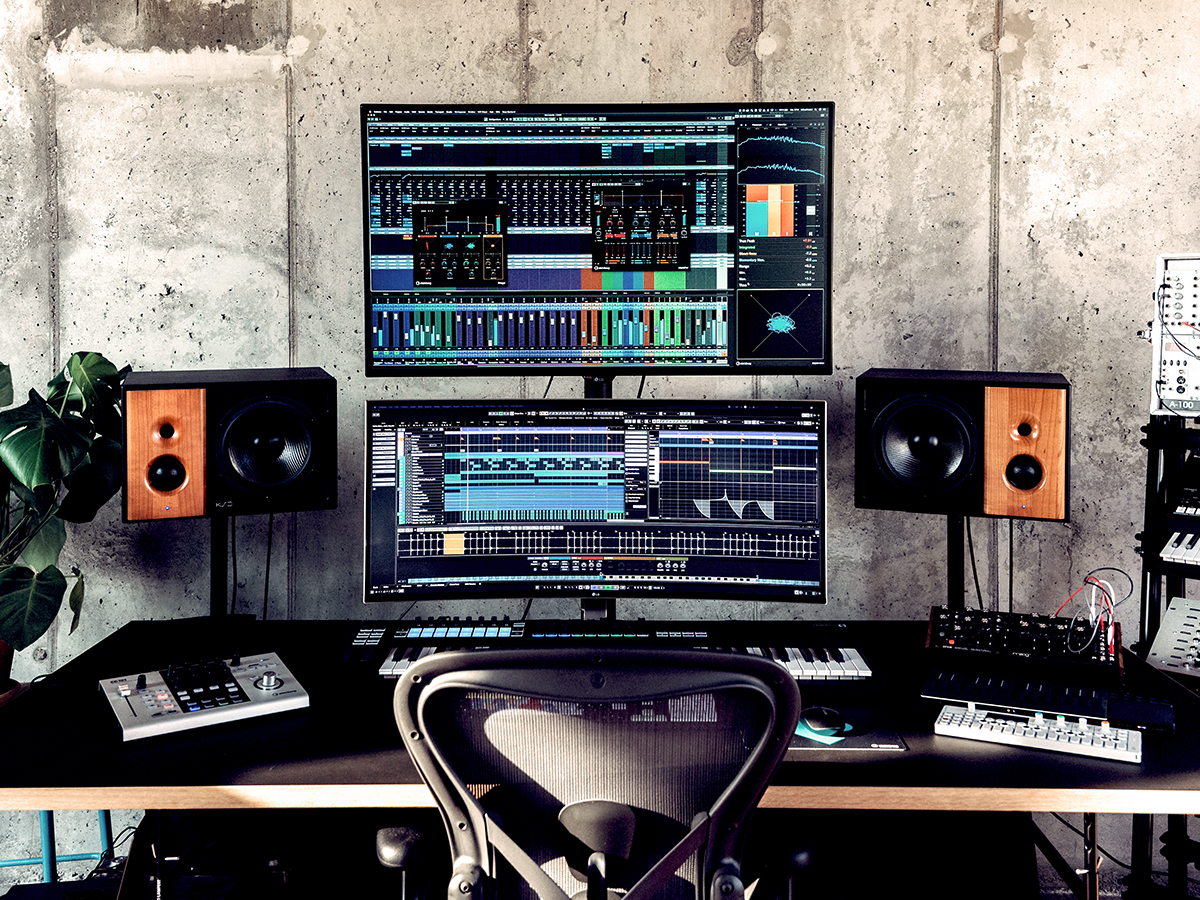