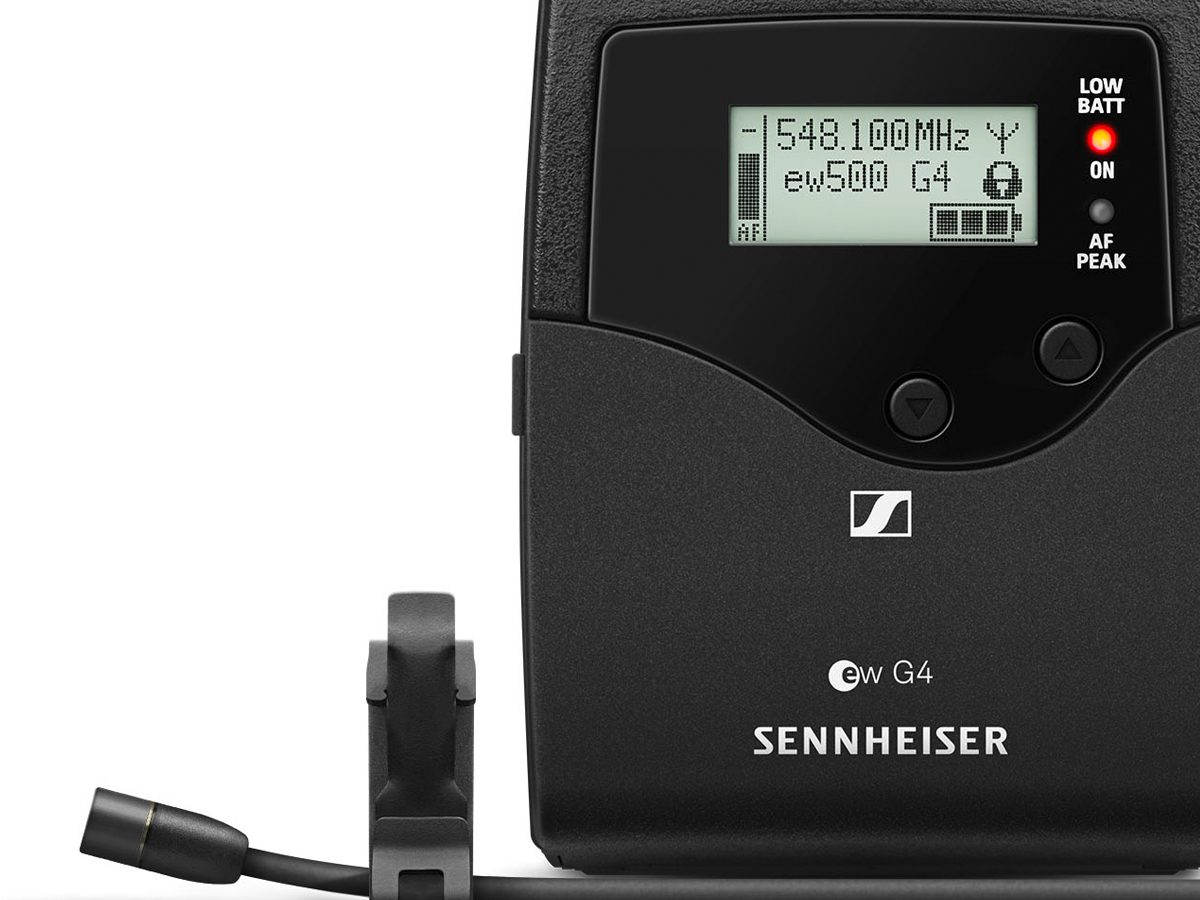 Sennheiser introduced a new headset series at NAB 2018 – the 300 PRO line. Available in summer 2018, the new series consists of two monitoring headphones and three headset/microphone combinations for camera work and backstage communications. For wireless bodypacks, Sennheiser also introduced brand-new headset and lavalier microphones, which will be available by summer 2018.

But one of the most interesting solutions - previewed at the show and still without release date - was an exciting new wireless system for recording high-quality audio on mobile devices. With a design similar to the existing AMBEO Smart Headset solution and its excellent binaural microphone, the new mobile recording device was designed to be paired with the excellent video recording capabilities now available in most smartphones. Essentially, Sennheiser leverage its existing technologies to create a compact device that will effortlessly synchronize and transfer the audio from the omnidirectional microphone clipped onto the target subject, with any iOS or Android device. 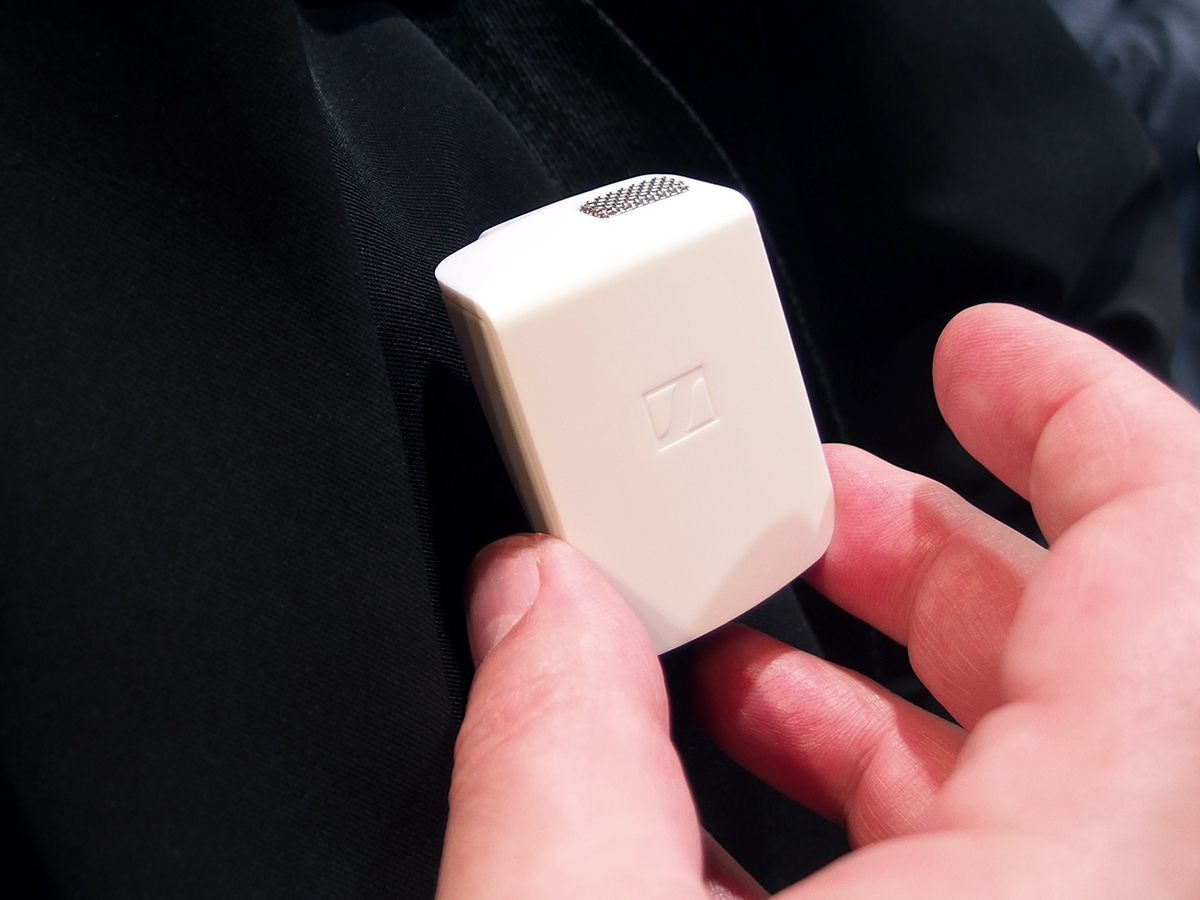 While the smartphone records the video, the new wireless audio recording solution (still to be named) records up to 4 hours of sound with a single USB charge, directly attached to a presenter or interview subject. After the recording, the dedicated app on the smartphone will blend the recorded audio from the smartphone with the captured audio from the Sennheiser wireless recording device, creating a complete professional production. The Sennheiser wireless recording solution features a non-marring magnetic clip that easily attaches the device on a front pocket or lapel, creating an easy to use solution for journalists, youtubers, vloggers, etc. We certainly look forward to knowing more. 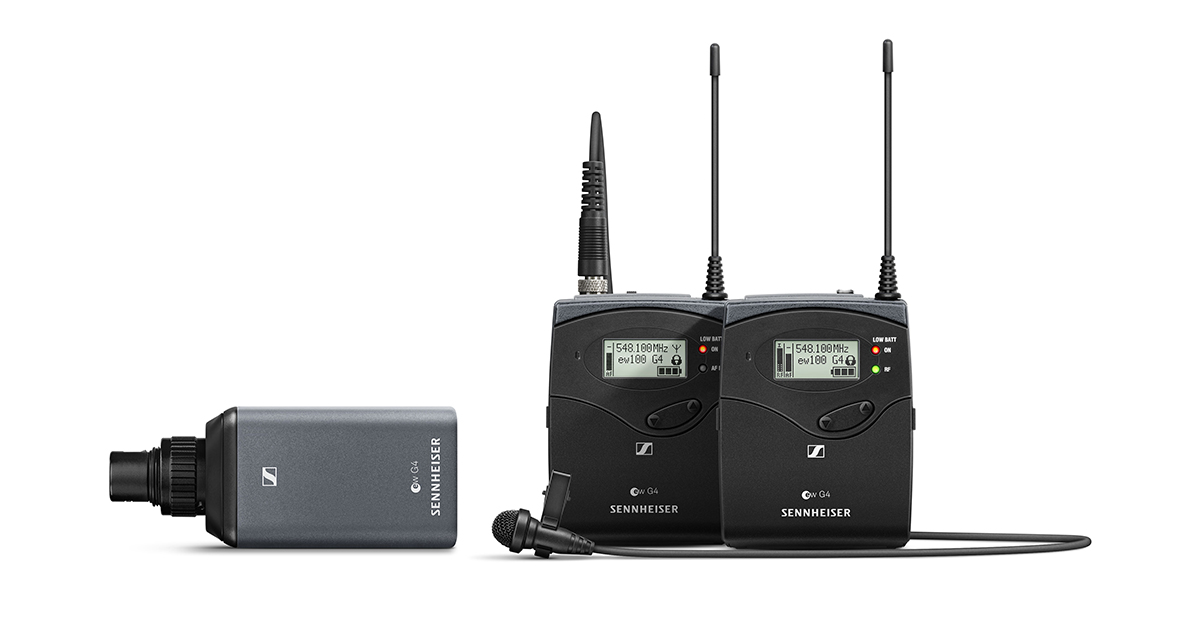 The user interface of the ew 100-p series allows even faster set-up and control on site, with up to 12 compatible frequencies ensure multi-system use. Furthermore, the housing of the SKM 100 G4 handheld is now made of lighter weight aluminum – a benefit in long interviews.

The lavalier mic included in the ew 512-p G4 and ew 500 FILM G4 sets is the broadcast standard MKE 2. Moreover, the ew 500-p housings are less sensitive to moisture, thus withstanding rougher outdoor use. Unlike the SKP 100 G4, which can only be used with dynamic microphones, the SKP 500 G4 also features phantom power and can therefore be used with any type of microphone, including condenser mics.

All ew 100-p and ew 500-p components are also available separately, so that users can tailor-make their best evolution camera system. For example, they can choose their favorite handheld to go with the EK 500 G4 camera receiver – or they can add the new SKP 500 G4 plug-on transmitter to their existing ew 100-p system, benefitting from the compatibility between the different evolution wireless series.

Of course, for more demanding applications, Sennheiser continues to offer other wireless systems, such as the flagship Digital 9000 and Digital 6000 series, including the digital/analog EK 6042 camera receiver, as well as AVX, which works in the license-free 1.9 GHz band. On-camera microphones include the MKE 400, the MKE 600 and the stereo MKE 440, which can be complemented with MKH 416 and MKH 8060 professional shotgun microphones, the long gun MKH 8070, plus the MD 46 and MD 42 reporter microphones.
www.sennheiser.com
related items