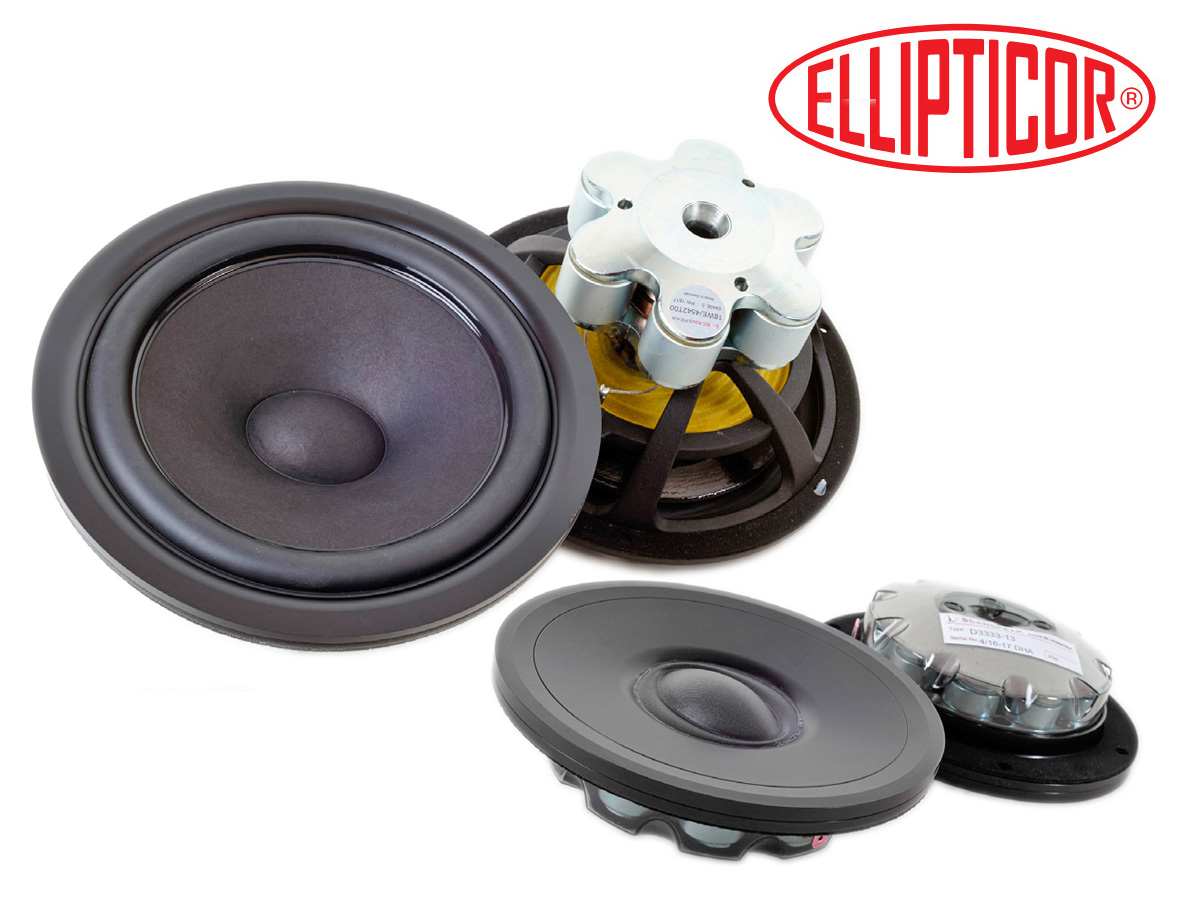 The most immediately distinguishing thing about the new drivers is the voice coil’s shape, elliptical not round. As with the well-known “sliced” cone in the Scan-Speak revelator line, which is designed to reduce cone modes, the Ellipticor’s voice coil shape does something similar by having different distances between the voice coil and the surround, reducing the mode amplitude (there are more modes, but they are way less significant), which results in much lower distortion. It is also noteworthy that both devices use the AirCirc motor structure.

At the presentation event, the new Scan-Speak Ellipticor drivers were demonstrated installed in a demo speaker created by renowned DIY designer Troels Gravesen (www.troelsgravesen.dk), which describes both as "extremely broad-banded and display no serious break-up modes that require any damping. They are the kind of drivers you quickly make friends with and they generously feed your imagination for future constructions (...) they allow you to think in terms of high-efficiency systems, 90+ dB."
According to Scan-Speak, the Ellipticor project was started by Birger Jorgensen, a Senior Engineer in the company's R&D team that sadly passed away in June 2016. Over the years his experience and skills led to many innovations and new designs of audio transducers. The Ellipticor project was taken over by Dennis Hansen, who designed the tweeter, and Simon Møller Nielsen, who worked on the midwoofer project (see photo).

What started as a "sort of a joke", exploring new directions for driver design and improved sensitivity, resulted in exploring the elliptical shape for the voice coil, which was found as an effective way to avoid standing waves in the geometry and lower distortion. The subsequent design process led the team to implement a new version of the AirCirc magnet system from the company's Illuminator series, CU-Caps from the SD-2 patent and a new rear mounting of the magnet system that avoids screws in the faceplate. The drivers feature black anodized trim rings that cover mounting screws and attach magnetically to the driver.

After solving the many challenges of the elliptical driver and optimizing the approach, which included achieving a better control of weave direction, and dispersion by combining the elliptic voice coils with a high power NdFdB (neodymium) magnet system, the new Ellipticor drivers have resulted in units able to achieve the desired goals of low distortion (< 1%), high sensitivity (97 dB on the D3404/55200 tweeter, 92.5 dB for the 18WE/4542T00 midwoofer - measured 2.83 V/1 m), low mechanical loss (Qms > 6.5), and low Q break up modes in and above the crossover frequencies (Fs 475 Hz and 47 Hz, respectively).

The new Ellipticor drivers will be commercially available in August, "packed in nice foam filled gift boxes," and there will be optional trim rings in different colors - silver, copper and red anodizing - apart from the mentioned standard black. For OEM use, the drivers can also be supplied without trim rings.

All Scan-Speak drivers are developed, designed and hand-built in Videbaek, Denmark. Scan-Speak operates as an independent company in the KYET Group (www.kyetek.com/en-us), which acquired the brand in 2014, maintaining a local Danish management, and continuing its tradition of Danish development and manufacturing.
www.scan-speak.dk 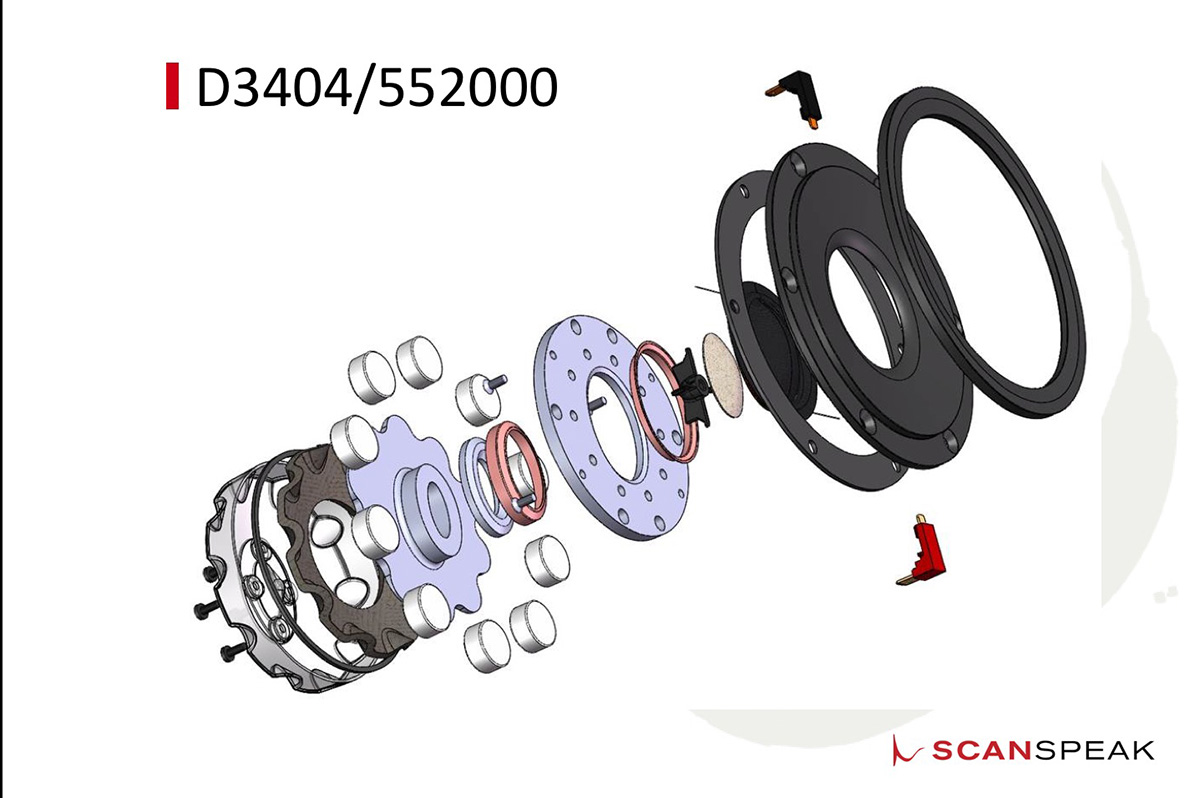 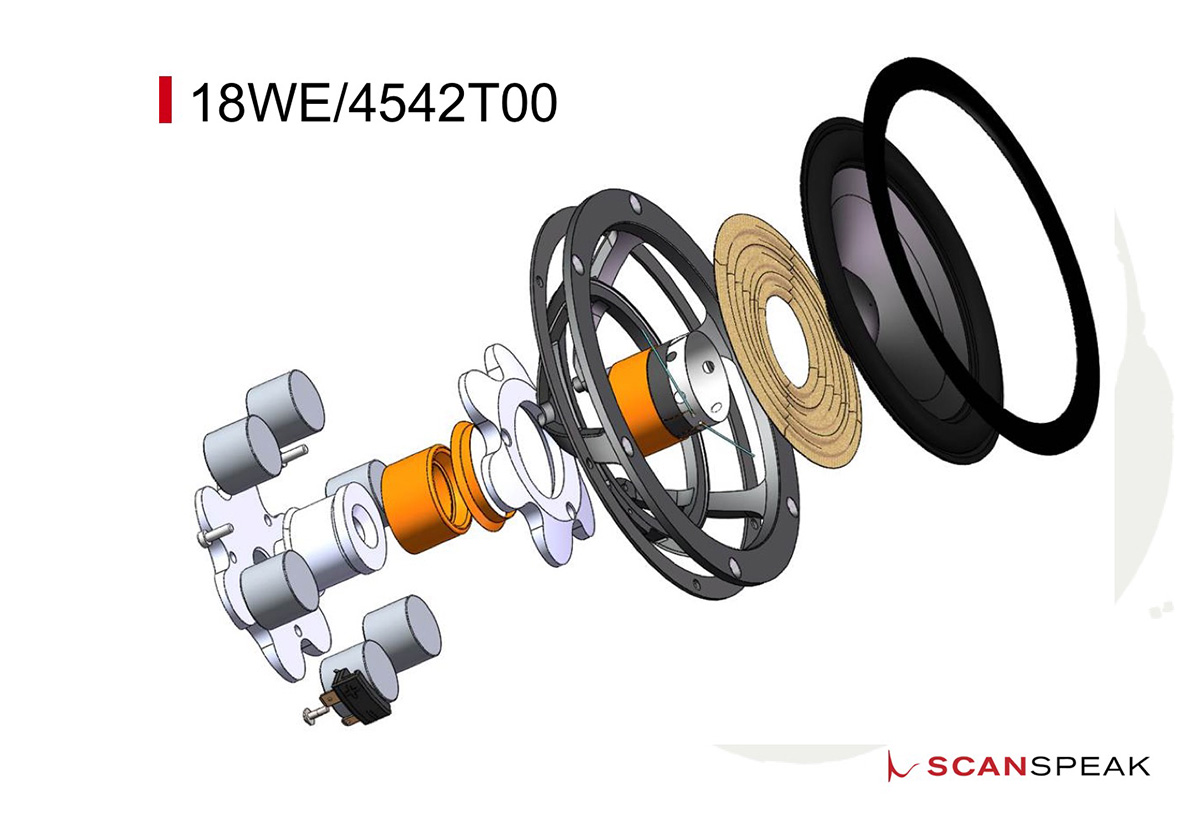