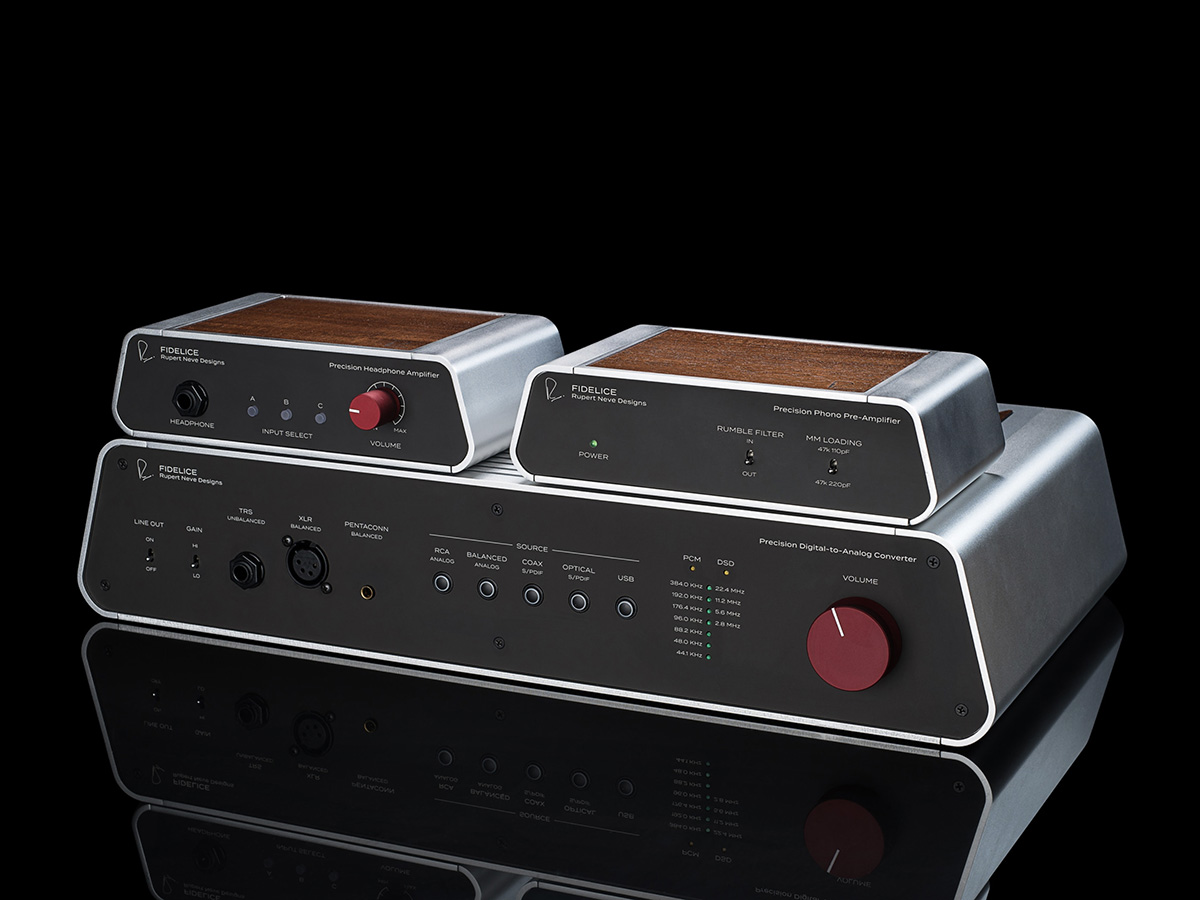 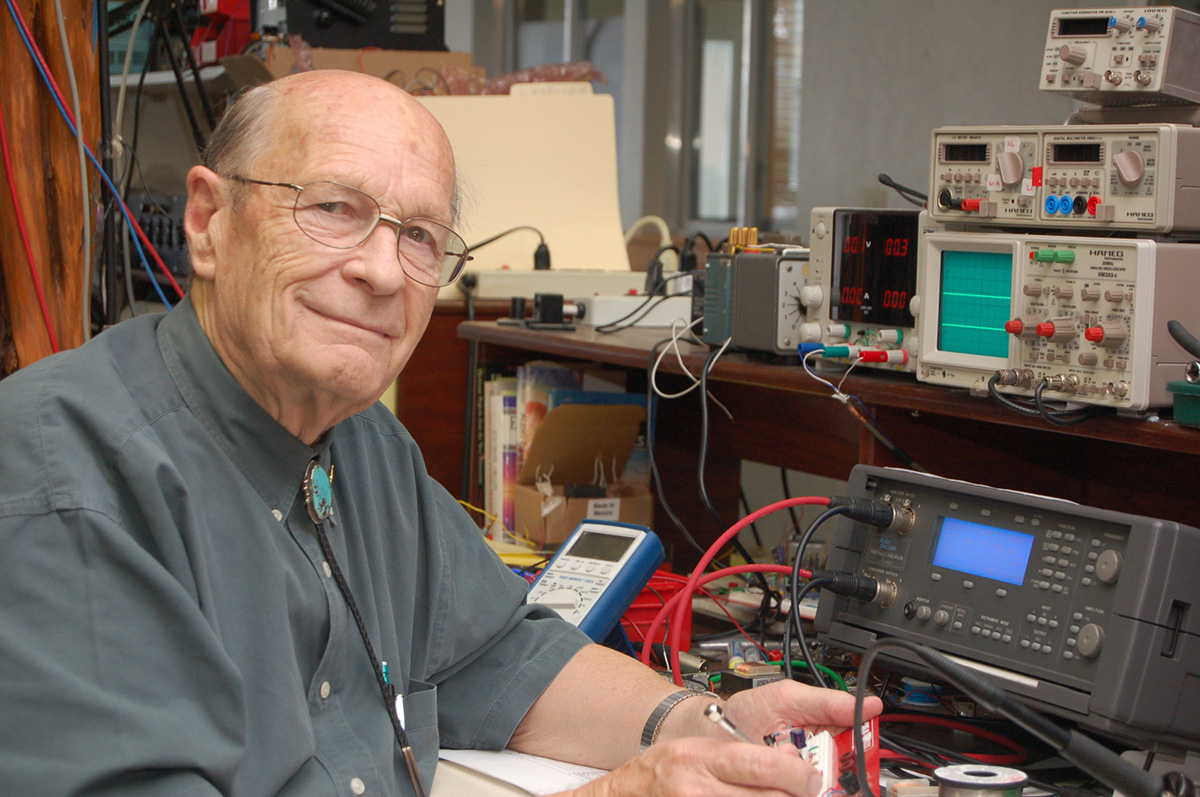 In the fifties, before focusing his attention to the recording studio world, on which he became famous, Rupert Neve actually started his career with CQ Audio, a company he founded to design and manufacture a range of home audio products, including innovative high-fidelity loudspeakers, together with mono and stereo tube amplifiers. He also designed the Tetraq stand-alone bipole tweeter, and started to work on a tape recorder, which would lead him to discover the recording world and later to establish the famous Rupert Neve Company, in the 1960's.

The Precision Digital-to-Analog Converter is the flagship product in the new Fidelice range, built around pure Class-A topologies with transformer balanced XLR outputs, and it “represents a new standard in digital accuracy from the master of analog,” according to the company's announcement. In DSD mode, the DAC is capable of operating at the highest available standard of DSD512 (22.4MHz), and in PCM mode the the DAC is capable of reproducing 24-bit, 384 kHz files.

According to the company, “Pristine clocking with the top-of-the-line AKM converter chips and highly customized integration make the precision DAC a true reference level product.” The Precision DAC’s rear panel also features digital filter sets to further adapt the sound for any system.

The headphone amplifier within the Precision DAC elevates the award-winning RNHP, with an entirely new design featuring the inclusion of XLR balanced and Pentaconn balanced connections in addition to the 1/4" unbalanced output. It also includes a high-gain switch making it capable of driving the most difficult-to-power headphones. 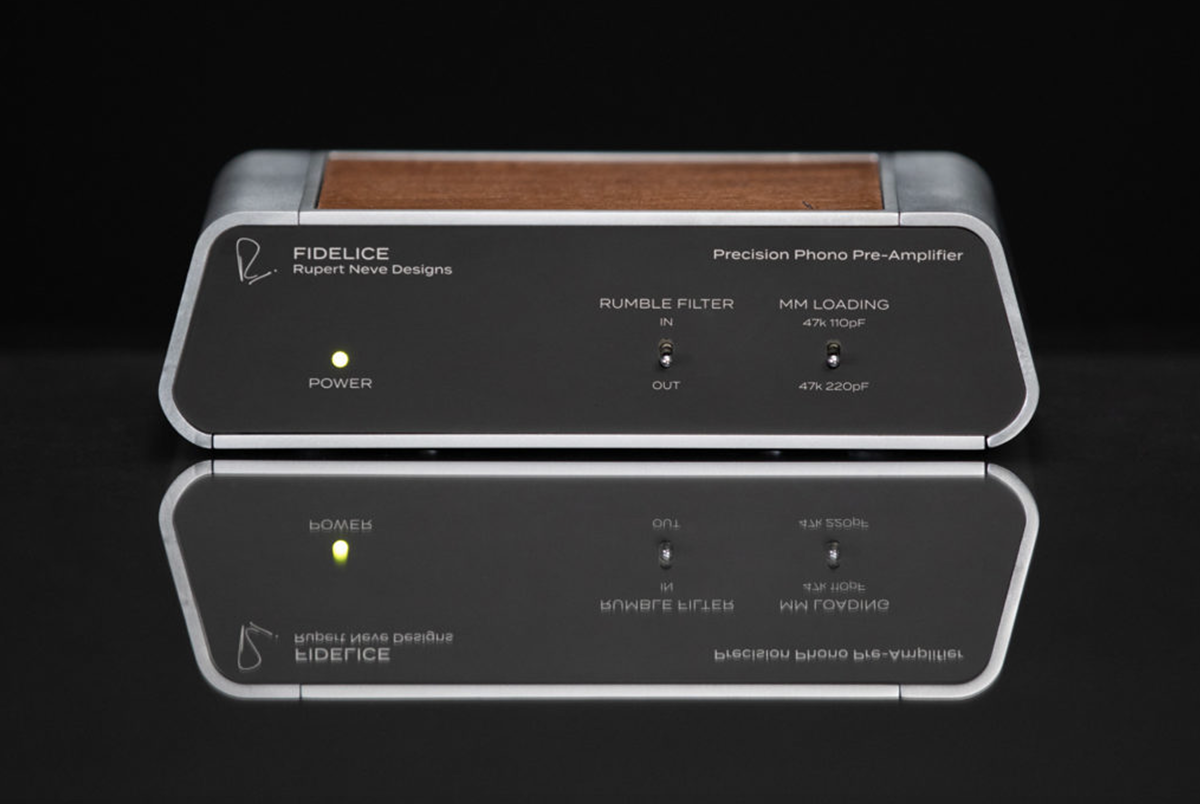 The Precision Phono Pre-Amplifier is a new design based around the classic amplifier topologies that have made Rupert Neve’s microphone preamplifiers so sought-after for decades, and is intended to elevate any turntable setup with "the classic sound of Rupert Neve”. Purpose-designed low-noise JFET-based discrete Class-A amplifiers are implemented throughout the signal path for both MM and MC gain stages, “each painstakingly tailored for an enthralling listening experience with unparalleled accuracy, depth and expressiveness,” as the company describes. The Precision Phono Pre-Amplifier includes a switchable 18dB/octave rumble filter, and the MM signal path also includes selectable capacitance of either 110pF or 220pF to pair with a large variety of cartridges. 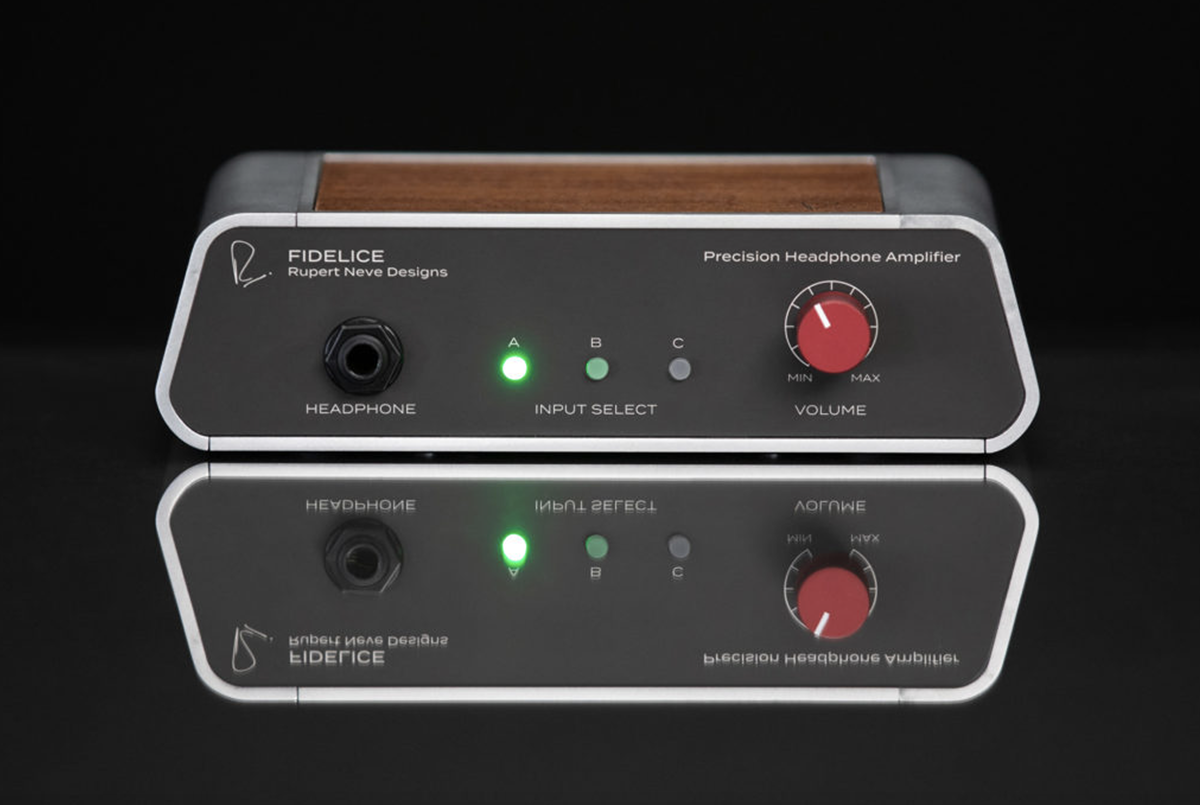 Finally, the Precision Headphone Amplifier is an updated version of Rupert Neve Designs’ award-winning RNHP, a 24V reference-quality headphone amplifier, complete with a new aluminum & mahogany industrial design that makes it at home in any living room or office. Each of its three sets of inputs is specifically calibrated for optimal level and impedance, and it offers effortless, wide-open sonic performance and abundant power to drive any headphones without compromise.

“We are extremely proud of what we’ve been able to accomplish with the Fidelice range of products, and it’s exciting to be able to provide what has become the reference in world class studios to the audiophile and hi-fi communities. This brings Rupert’s designs full circle, as his first commercial endeavor was actually CQ Audio, a British Hi-Fi company,” states Josh Thomas, Rupert Neve Designs’ General Manager.
https://fidelice.com
https://rupertneve.com
related items