Since the merits of the technology are not in question, Revolution Acoustics understood correctly that its purely a matter of making the practical solutions become evident with system packages that will make the life of integrators even easier. At InfoComm 2018, the company did just that with new systems integrating the SSP6 Multiducer. 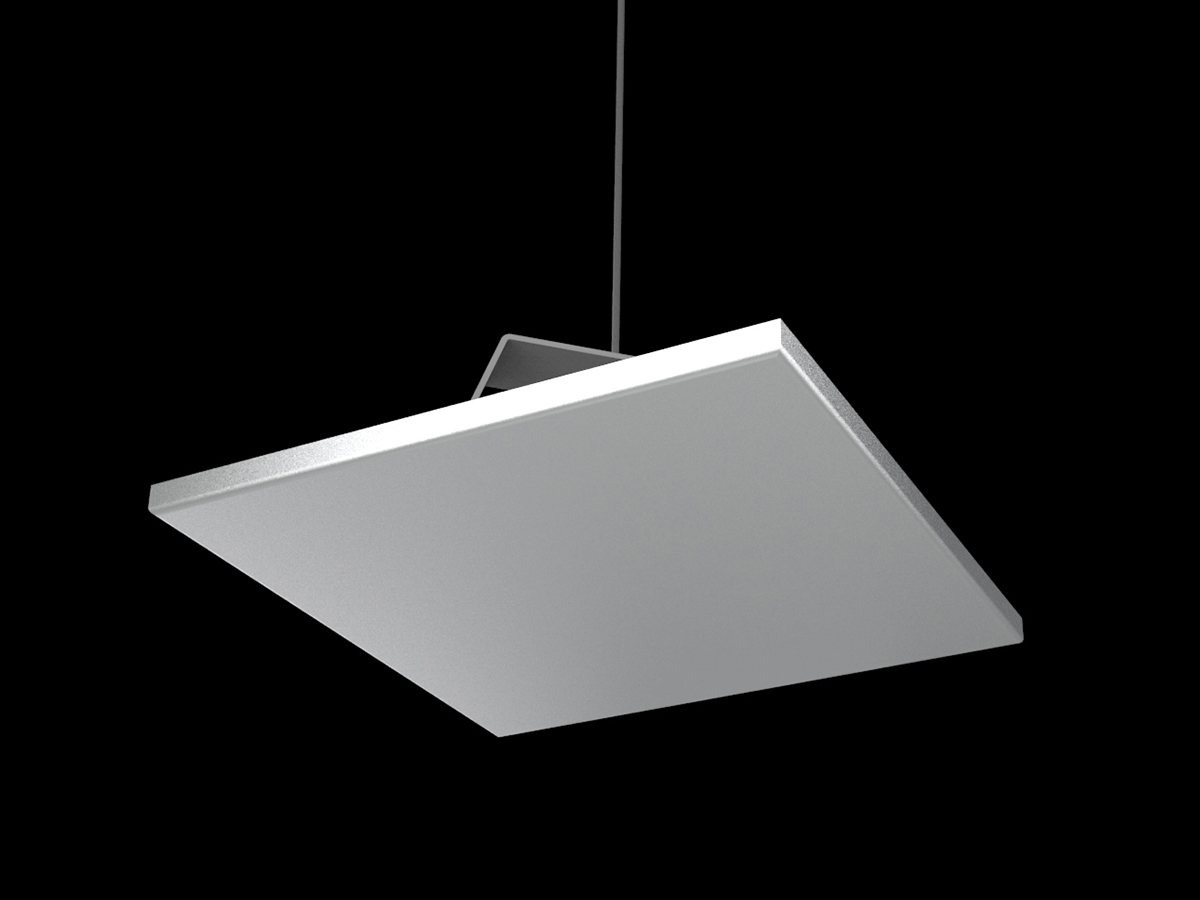 According to Revolution Acoustics, the Pendant360 system brings all the benefits of the SSP6 Mutiducer planar audio wave technology to open plenum spaces, outdoor areas, parking garages and many other places where the SSP6 could not previously be installed. The solution features an ultra low profile pendant mount for the SSP6 Multiducer, generating a 360 degree immersive audio wavefront that's ideal for indoor and outdoor applications. Apart from being ideal as a height-adjustable pendant speaker, the Pendant360 can also be mounted horizontally or vertically, and its aluminum finish surface is paintable and can be completely integrated in the installation environment.

To complement its systems approach, Revolution Acoustics also announced the Ubiqui-T360 ceiling tile, which also provides the same fully immersive 360 degree audio coverage as the Pendant360, but from a fixed height. Ideal for public address coverage in areas where a smooth transition of sound coverage is needed and sound systems need to be invisible, the Ubiqui-T360 ceiling tile can also serve paging, sound masking and background music applications in offices, classrooms and living spaces. 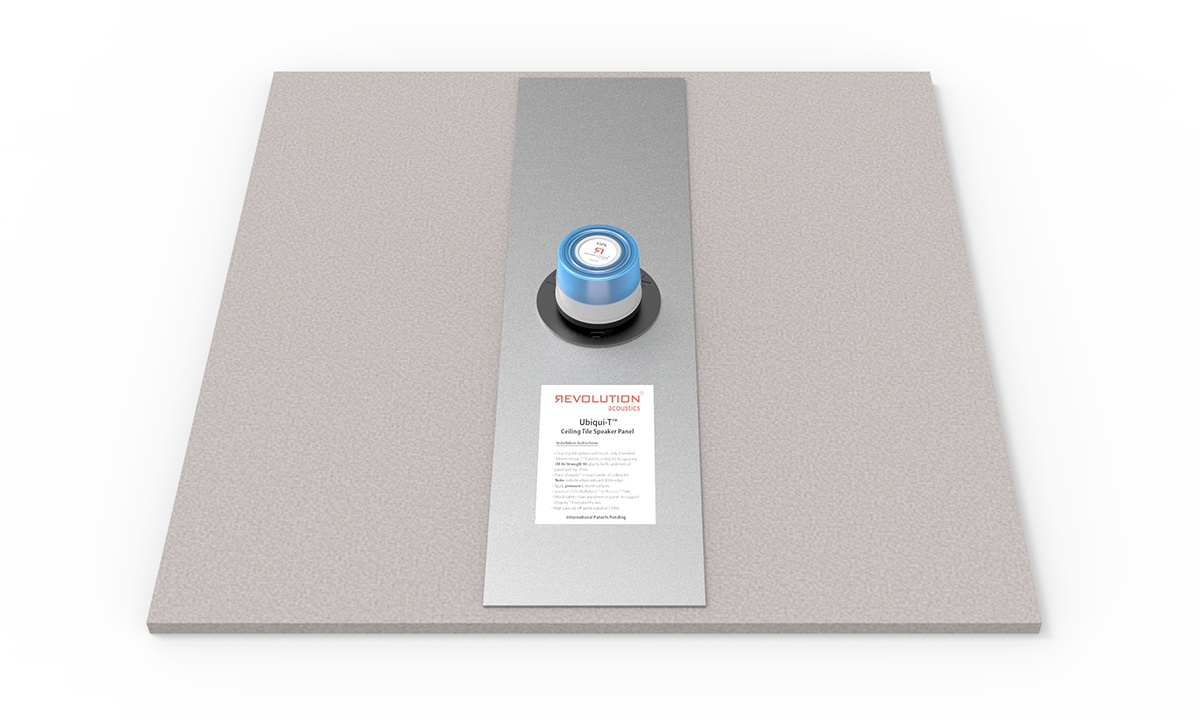 This new version of Revolution Acoustics's technology, continues to explore the full potential of the original SSP6 Multiducer, turning it into an invisible speaker. Any type of space can be easily transformed into 360° planar radiating speakers, with coverage areas up to 1,500 square feet per speaker and even SPL, making it a value proposition unmatched by traditional point-source ceiling speakers.

Revolution Acoustics claims its ceiling tile solution is able to be installed 4x faster and covering 4x times the area of conventional speaker systems, with all the benefits of planar acoustic waves, including even coverage of the required frequency response at the required SPL levels. In practice, Revolution Acoustic’s Ubiqui-T360 Speaker adaptor panels transform these typically acoustically absorptive ceiling tiles into accurate speakers, coupled with an extremely wide dispersion angle that covers the room evenly. There is no abrupt logarithmic roll-off or off-axis losses, a trademark of cone type speaker physics. Ubiqui-T360 also installs in seconds, without the use of tools. 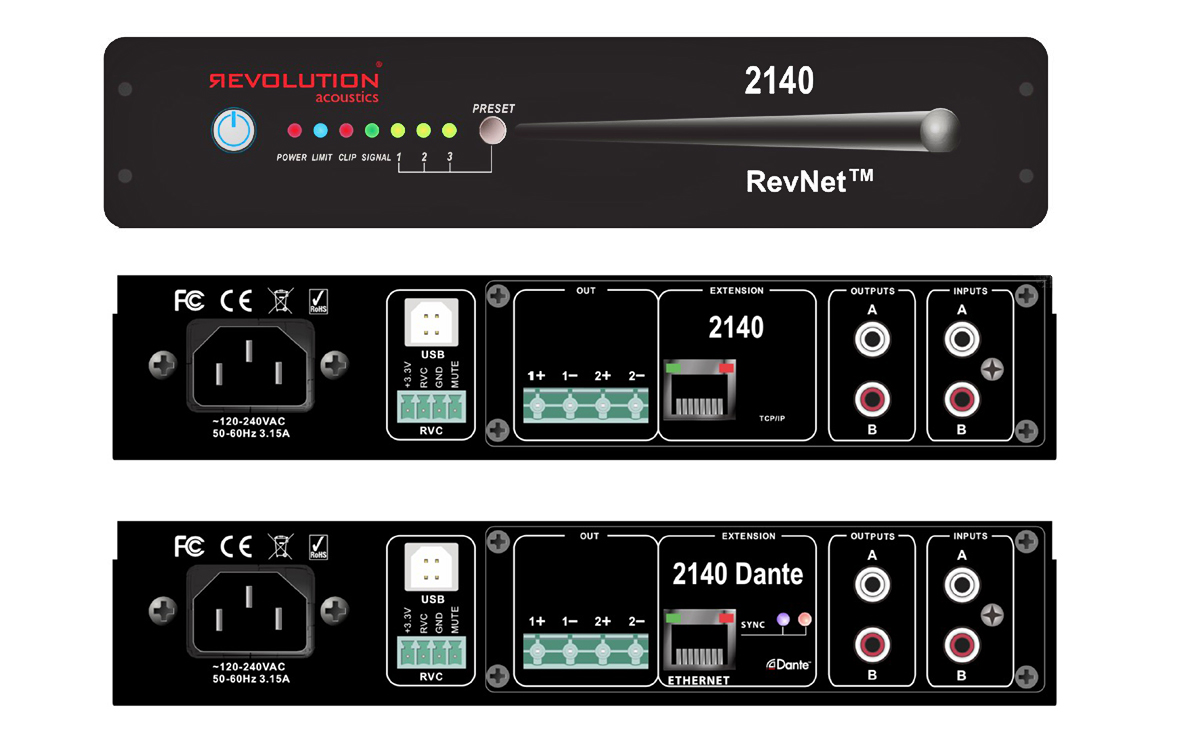 Finally, the company also expanded its amplification options with the introduction of the new RevNet 2140 Series Amplifiers. Designed to be a versatile solution for commercial audio, residential, marine, transportation and any application with the company's products, the RevNet 2140 amplifiers combine 280W of Class-D power in a compact chassis, configurable as 2 channels of 140 watts @ 16/8/4Ω or one channel of 280w @ 70v/100. The amplifiers also feature built-in 31 band equalization and DSP with AutoEQ function, as well as an on-board Sound Masking Generator for such applications.

The integration of Wi-Fi and TCP-IP connectivity on all models for control and configuration allows the RevNet 2140 series to respond to virtually any type of installation, scalable to any system size by simply daisy chaining multiple amplifiers. Revolution Acoustics will also offer the RevNet 2140D version with Dante/AES67 audio over IP network support.
www.revolutionacoustics.com
related items