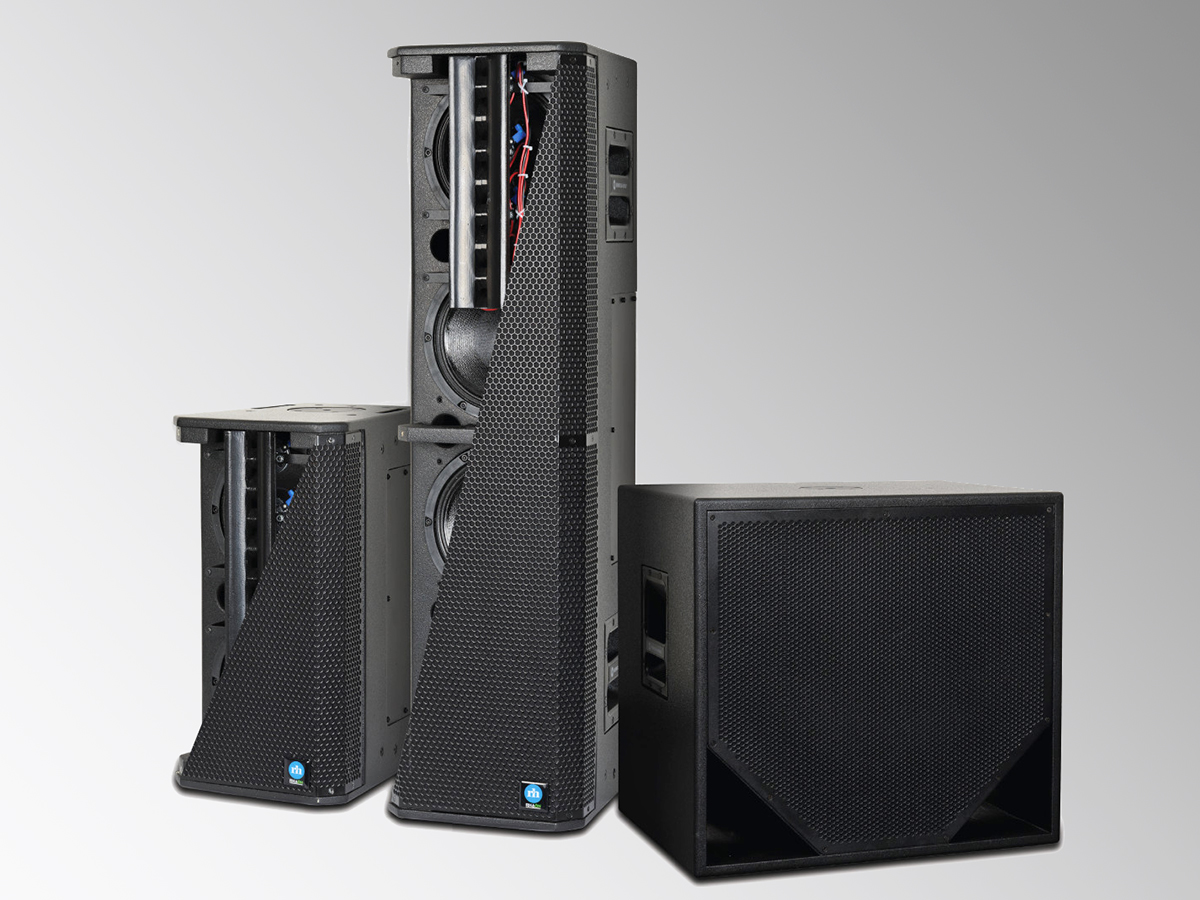 An early pioneer in digitally steerable vertical array loudspeakers with its installation-oriented Iconyx series, California-based Renkus-Heinz was also the first company to show the full potential of those speaker configurations in high-powered applications with its Iconyx Live series, which has evolved over the years. The culmination of over a decade of experience in steerable arrays, now in its sixth iteration, the new ICLive X series is a simplification and evolution of the original concept, designed from the ground up according to Ralph Heinz, Vice President and Chief Technical Officer.

The ICLive X series consists basically of two freely combinable, steerable-array modules, the ICL-X and ICL-XS, complemented with a new matching subwoofer, the ICLX118S-RN, all networkable. Unveiled initially at InfoComm 2018, the new ICLive X series has been a serious redesign effort for the company, resulting in a product that truly leverages Renkus-Heinz’s exclusive Acoustic Source Multiplier (ASM) waveguide, which allows the HF section to be coaxially mounted in front of the LF section. This coaxial driver arrangement delivers a consistent and symmetrical array of both high frequencies and low frequencies along the entire length of the array, allowing the freedom to choose any acoustic center available. In addition, the ASM reduces inter-driver spacing to it’s absolute minimum, insuring gradient-lobe free performance to very high frequencies.

With this new design, the ICLive X series modules become full-range usable speakers, responding from 80 Hz to 18 kHz (+/- 3dB), with the flexibility of being used in high-power, portable configurations, including used as stand-alone speakers, and in the traditional subwoofer and satellite speaker configuration, while keeping all the advantages of a steerable system, able to keep the sound coverage focused on the audience area and avoiding unwanted zones, including reflective walls and ceilings. 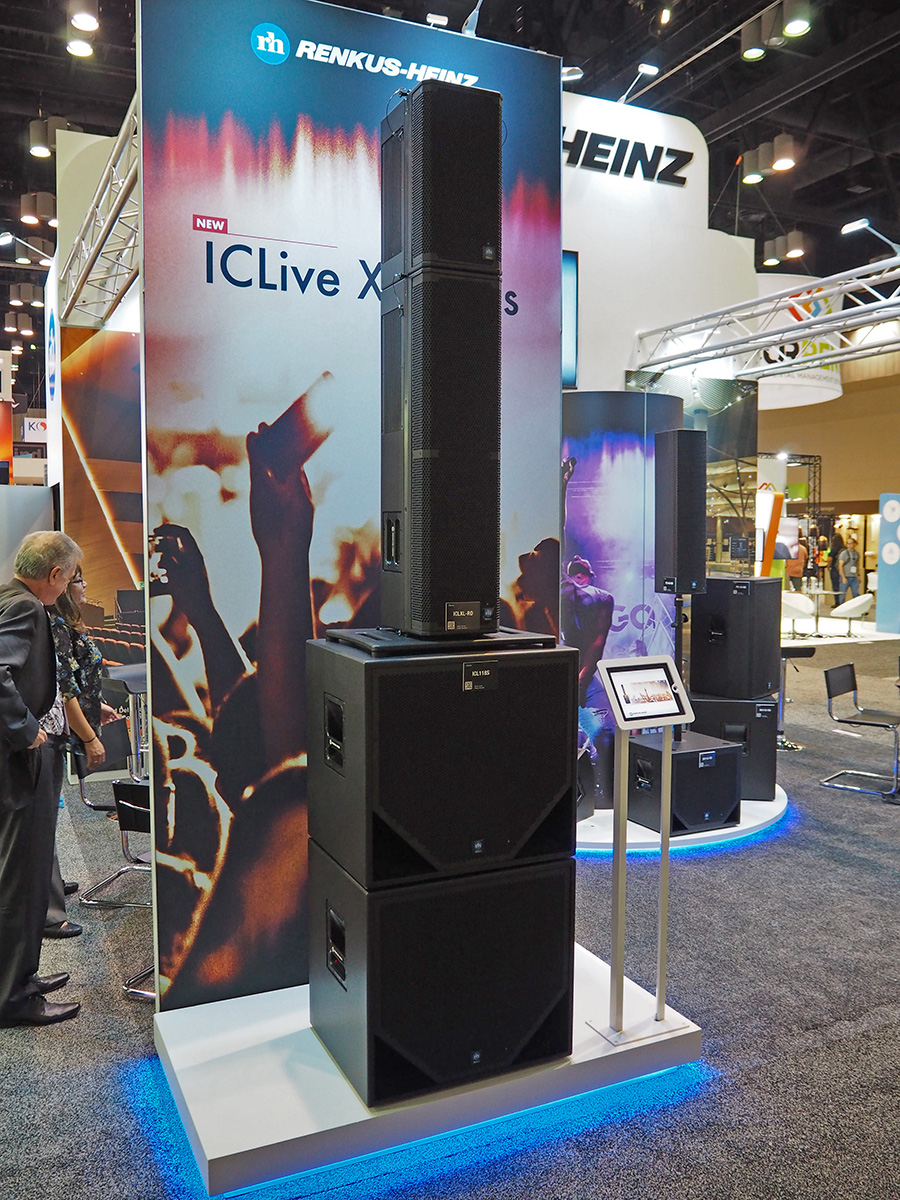 But more important for event and integrators, is the fact that the series is an advanced integrated system, offering two combinable steerable-array modules, which can be freely combined to create the ideal sound configuration for any situation, with quick setup, while delivering concert-level performance and musicality. In fact, the modules can be combined in seriously powered vertical arrays to create highly directional configurations, helping to deal with the most challenging reverberant spaces, or they can be configured in multi-array configurations to power immersive sound installations with great impact. In fact, the most compact ICLive X module can be arrayed up to 12 units tall or can be used in combination with the ICLive XL, allowing taller, more directional arrays for what the company says is a "surprisingly reasonable cost," when compared with existing alternatives in the market.

The ICLX and ICLXL array modules connect with a simple and nearly invisible, metal-to-metal array system. For permanent installation, they are assembled with flat-head bolts. For portable applications, the bolts are simply replaced with quick-release pins, allowing one cabinet version to serve in both install and production markets without compromise in either. 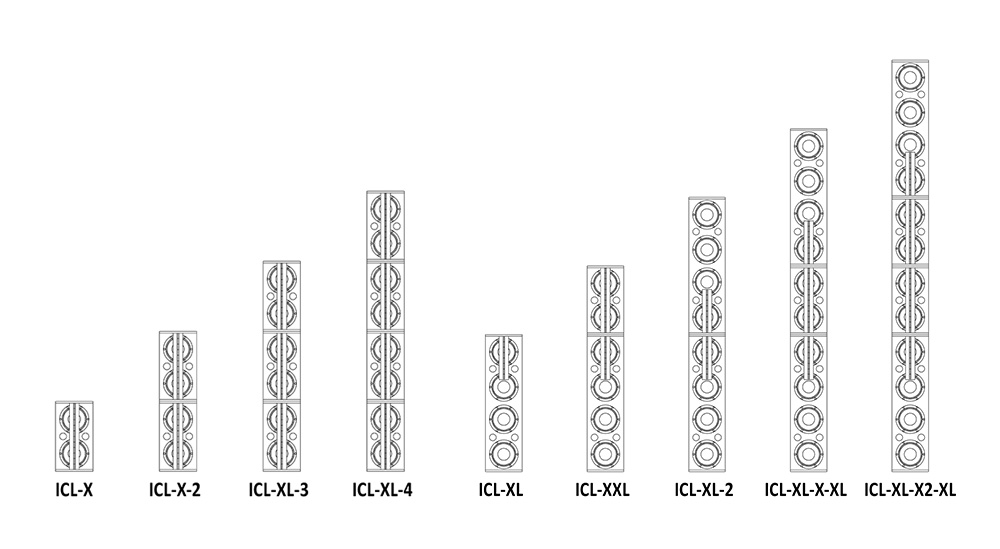 All modules are equipped with Renkus-Heinz proprietary RHAON II networking, which allows for all the beam-steering and control via Ethernet as standard. Since 2016, with the update of the RHAON software, all Renkus-Heinz networked products now also support Dante connectivity, and Dante audio-over-Ethernet is available as an option. The ICLive X series benefits from the full range of RHAON II beam-steering capabilities, including conventional and uni-beams, moveable beam centers and multiple beams, each individually adjustable for aiming, opening angle and level.

The whole solutions uses the most advanced multi-channel Class D digital amplifiers with integral DSP engines to control every single array element with programmable precision. High-current, high-quality audio output stages power each individual transducer in the array. In addition to beam-steering, the onboard DSP provides 12 total filters of parametric EQ (eight fully parametric, high and low shelf & high and low pass filters) as well as up to 170 milliseconds of delay. Each array module has two Ethernet connections which can be used as a two-port switch, making "daisy-chaining" possible. Dante units can be configured as either switched, or redundant network operation. 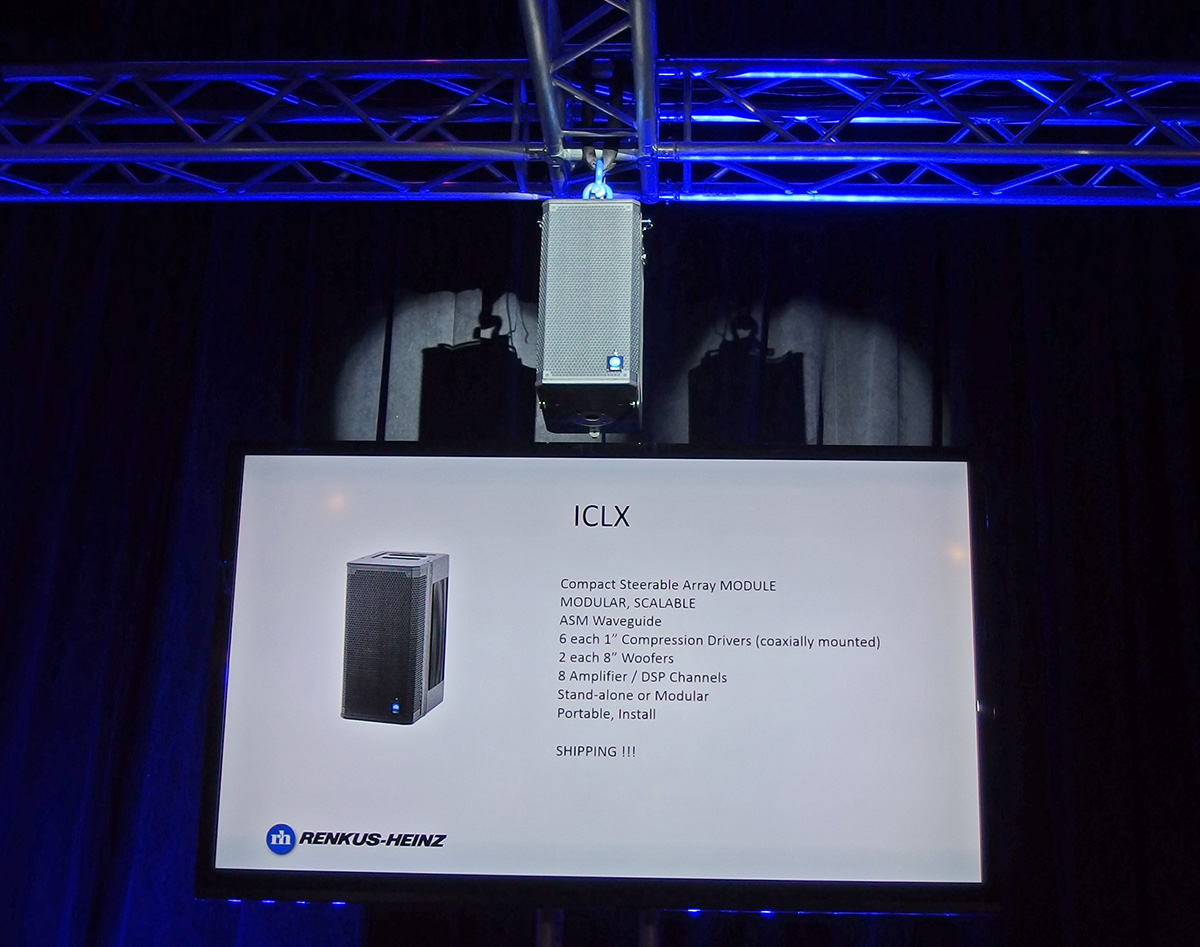 The IC118S-FR subwoofer is a high-power single 18-inch woofer that delivers outstanding low frequency impact with a high-order bandpass design (35 Hz to 120 Hz) that maximizes the efficiency of the driver and Class D digital amplifiers.
www.renkus-heinz.com
related items