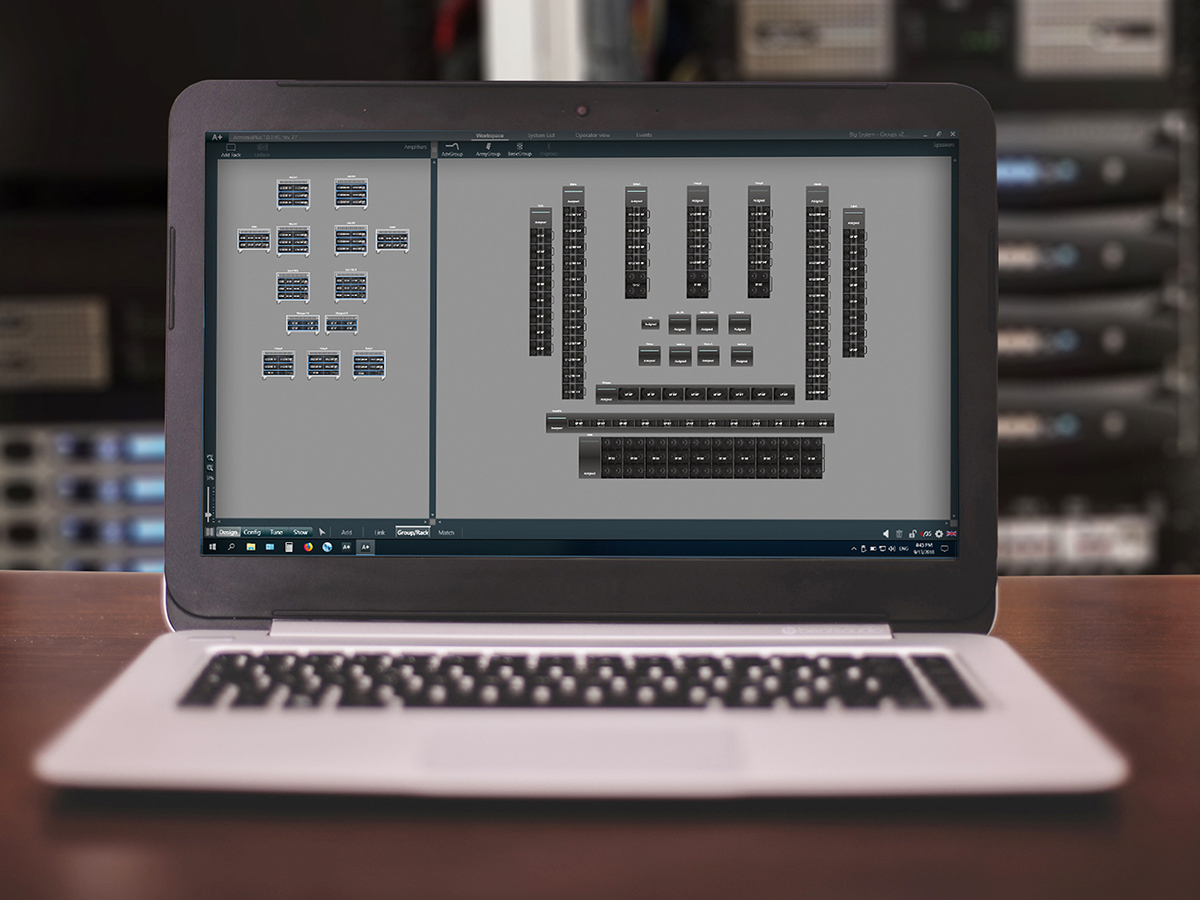 HealthPlus is available now for all ArmoníaPlus users and offers an updated display with a complete suite of system diagnostic controls to monitor the health and effectiveness of any sound system in real-time. This is particularly useful with a touring PA or in fixed installations like cinemas, airports, theme parks, etc. In addition to input monitoring for power amplifiers, speakers, and other connected devices, the system is also capable of measuring system health indicators such as headroom, temperature, voltage, and impedance to ensure optimal performances of all elements and will automatically alert users in case of malfunctions or element failures. 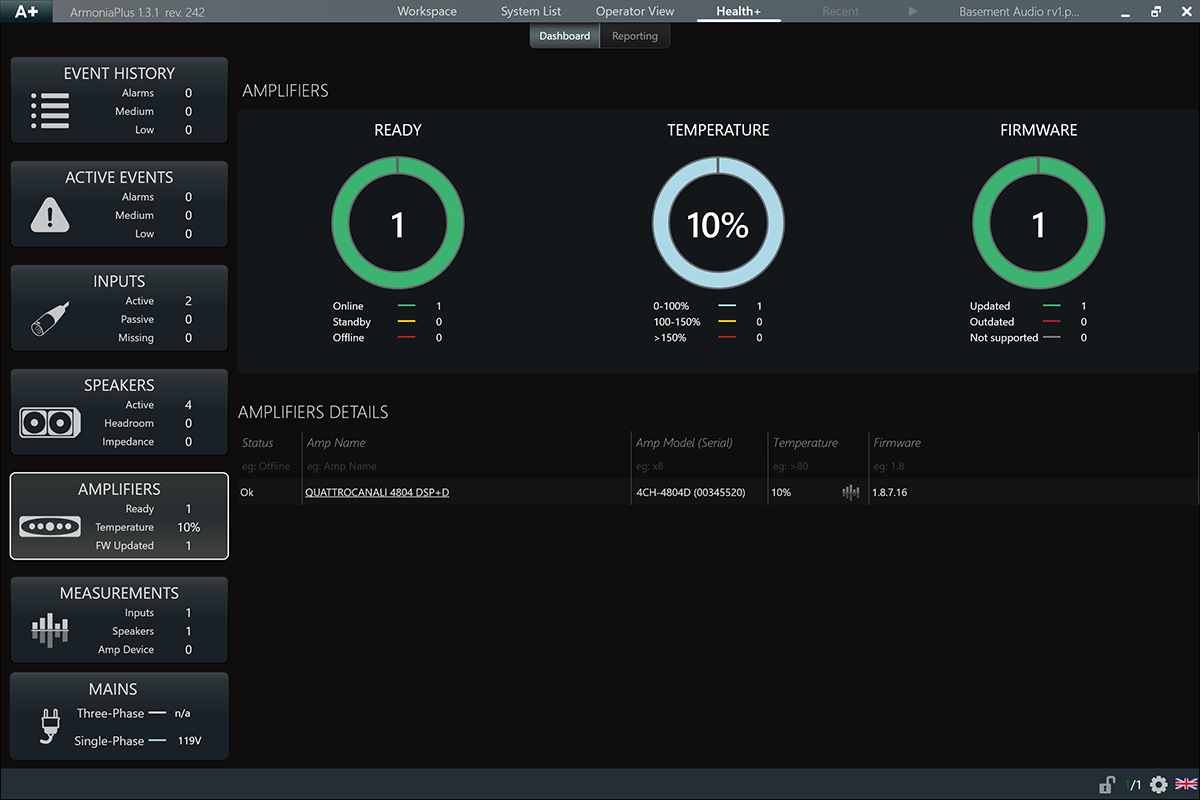 “We've designed ArmoníaPlus to be efficient and streamlined for effective use under any working conditions,” explainz Powersoft U.S. Application Engineer Rick Woida. “With the new HealthPlus tab, engineers now have easier access to a peerless set of tools for system management, ensuring long-time health of any system and the ability to quickly diagnose and fix any potential problems better than ever before.”

25 Years of Powersoft
With a quarter century of innovation to celebrate and a convention center full of industry professionals gathered in Amsterdam, ISE 2020 (11-14 February) will provide the perfect opportunity to signal's Powersoft trajectory and achievements.

Founded in Italy in 1995, headquartered in Florence, Italy, with offices in New Jersey, over the course of its history, Powersoft has been credited with a number of technological innovations and industry firsts. Just a year into its life, in 1996, the company had already mastered designing and developing the (then) first commercially viable Class-D amplifier, which was able to deliver consistently reliable, high power levels — something that hadn’t been achieved until then. This technological breakthrough on switch mode amplification, also helped the company earn a coveted reputation on green power and efficiency, making it the company’s trademark to this day.

In the intervening years, the company continued to push the envelope, always conscious of making the most consistent, efficient, and intuitive products imaginable. This resulted in a number of new products and technologies that have since become industry standards, such as the X Series workhorse and the Ottocanali Series amplifiers, which boasted advanced signal processing and full Dante by Audinate audio networking compatibility, or breakaway innovations such as M-Force, Deva or Mover to name a few. 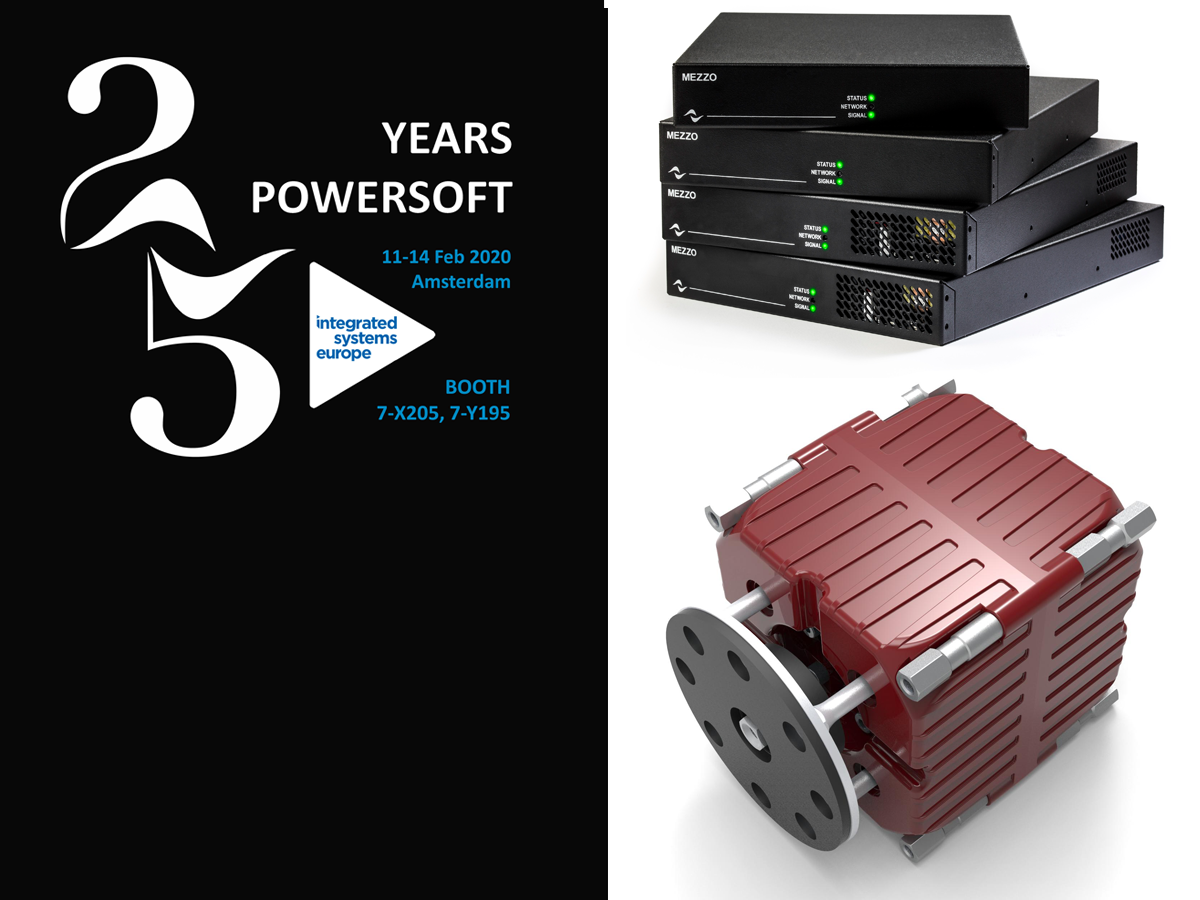 Building on the successful launch of Mover at ISE 2019, this year Powersoft will use its double booth to showcase the capabilities of their latest products in real-life applications like fixed install products for Commercial and Conferencing in one of the areas, while the second area will be used for meetings and hospitality. Highlighting the latest ArmoníaPlus audio system management software update, with the new HealthPlus tab, the ISE 2020 demonstrations will include Mezzo, the Duecanali, Quattrocanali and Ottocanali lines of FI amplifiers.

The hospitality area will feature a sports bar with screens and beer on tap. All audio speakers will be powered by Mezzo, Powersoft’s 2/4 channel highly compact, Class-D technology amplifier platform. Visitors will be able to pick audio from one of the three screens as the source to play in the entire area. In addition, they will have individual volume controls for the Sports Bar and the Stage Area via GPI controllers on the walls.

This year’s ISE will also see the return of Mover - the small yet incredibly powerful linear transducer that can be used in audio applications and, more excitingly, as a linear motor / shaker. Adaptable to various purposes, including 4D cinemas, theme parks, or venues with vibrating acoustic floors - as well as applications that go beyond entertainment - Mover lets audiences feel the sound through haptic perception by vibrating the surrounding environment, which the human body picks up and, through bone conduction, translating the vibrations into perceivable frequencies.  The Mover platform will again be available for attendees to try on the Powersoft stand, linked to an immersive VR video.
www.powersoft-audio.com
related items