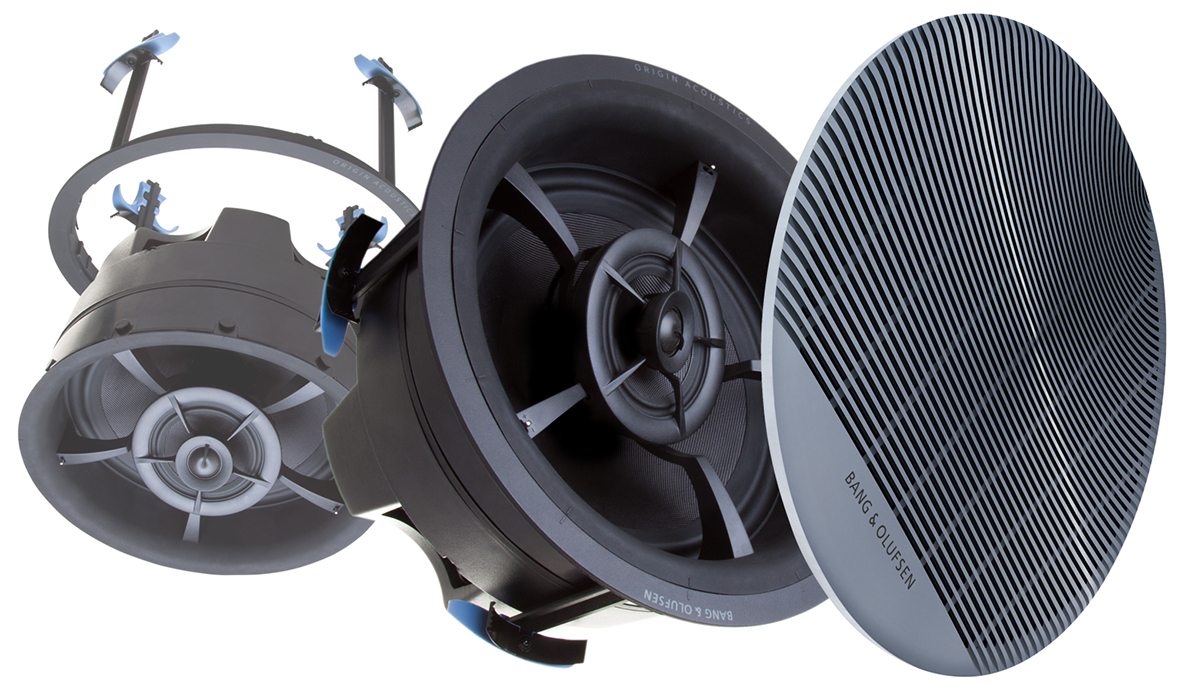 Bang & Olufsen reconfirmed their new partnership with the American company Origin Acoustics on high-end in-wall and in-ceiling speaker solutions during the ISE 2017 show in Amsterdam, The Netherlands. This partnership extends the Bang & Olufsen acoustic product portfolio of passive in-wall/in-ceiling speakers, providing a multitude of options in terms of both design and performance. The portfolio ranges from speaker solutions for background listening and up to dedicated high-end home cinema installations.

The technology and experience from Origin Acoustics, and the knowledge and design capabilities of Bang & Olufsen, bring the advanced, high performing and well-designed architectural speaker range in to market. The two new product ranges include; the Celestial in-ceiling speakers and the Palatial in-wall speaker concept offering an extensive range of grills and covers that complement almost any interior design. 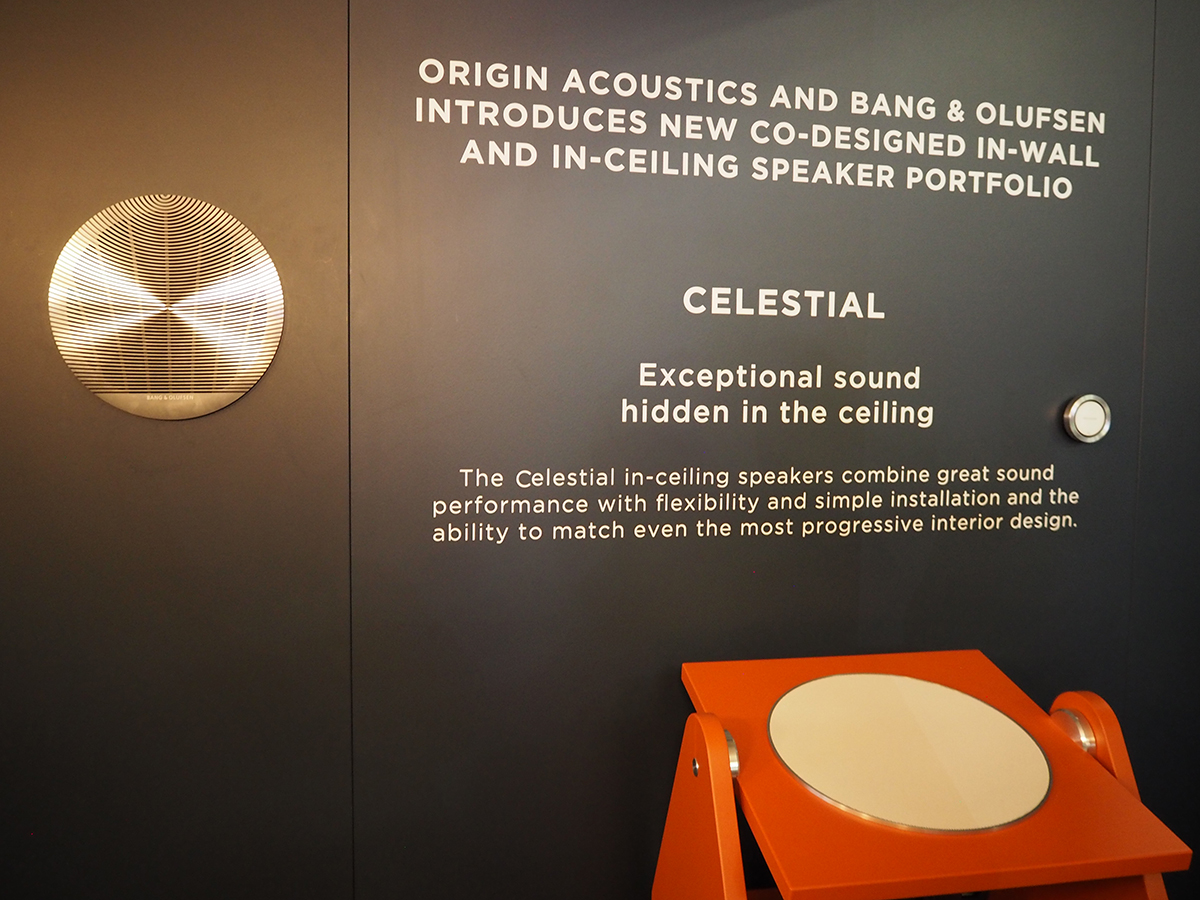 “Origin Acoustics is highly appreciated and respected in the installation industry for providing high-quality solutions that cater to the specific needs of the installers. At the core Bang & Olufsen and Origin Acoustics share the same values when it comes to fundamental acoustics of wanting to give customers superior and accurate sound quality and a dedication to engineering performance while also considering aesthetics”, says Christoffer Østergaard Poulsen, Bang & Olufsen's Senior Director, Home Integration.

“Bang & Olufsen’s modern electronics design have been, are and will be a step above the rest in terms of luxury aesthetics,” says, Nick Berry, Executive Vice President of Origin Acoustics. “We are honored to be Bang & Olufsen’s chosen partner for the engineering, and build of their architectural speaker products.” 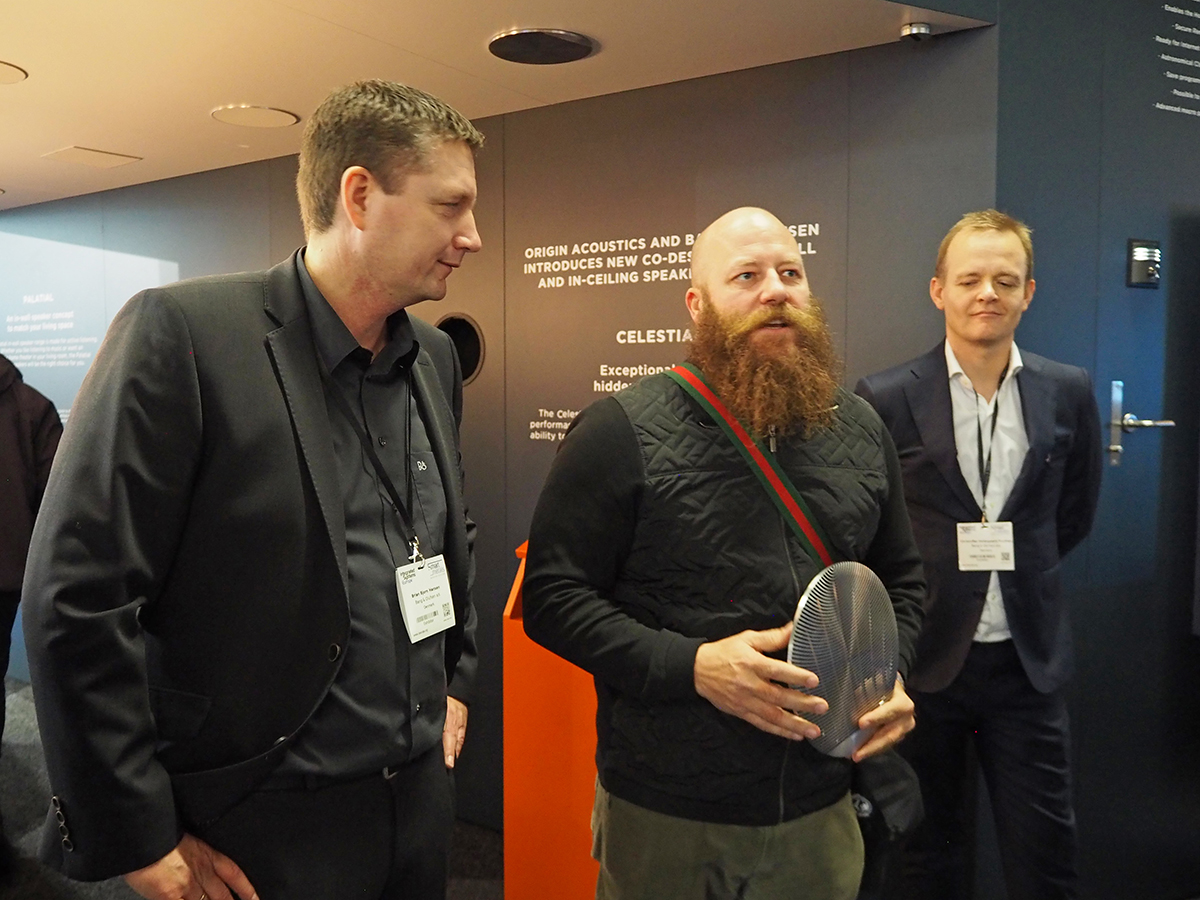 During a brief presentation on the first day of ISE 2017, Jeremy Burkhardt, Origin Acoustics' CEO and main engineering vision recalled how he had already collaborated with Bang & Olufsen back in the 1980s. Now, four decades later, the famous Danish brand renewed their partnership with Burkhardt, this time to create a series of in-wall and in-ceiling speakers that no client will want to make invisible, featuring luxury speaker grilles in both circular and square versions, made from a polished aluminium ring/frame and a white painted steel plate, designed by Torsten Valeur – David Lewis Design.

Underneath the grilles, are Origin Acoustics's speakers with its unique and patented tool-less mounting system, exclusive Tonearm DPSD Tweeters and Multi-Motion mechanics that enable the tweeter to be pointed to the desired listening area with exceptional precision and wider dispersion. The Celestial range - currently with six models - features Origin's Zip-Cliq tool-less installation, while the two Palatial models feature the patented Spring-Lock mounting system.

All the Origin-designed speakers are able to accommodate bigger drivers with an 8-inch woofer fitting into a typical 6-inch baffle, or a 10-inch woofer into a typical 8-inch baffle. The X-Wave woofer surround found in Origin woofers reduces distortion and maintains better driver stability, maximizing the cone area by reducing the width of the surround. Also, the resulting pattern of sound is wider and provides greater flexibility in speaker placement, with the pivoting ability allowing for the sound to be focused at the listening area regardless of where the speaker is positioned. 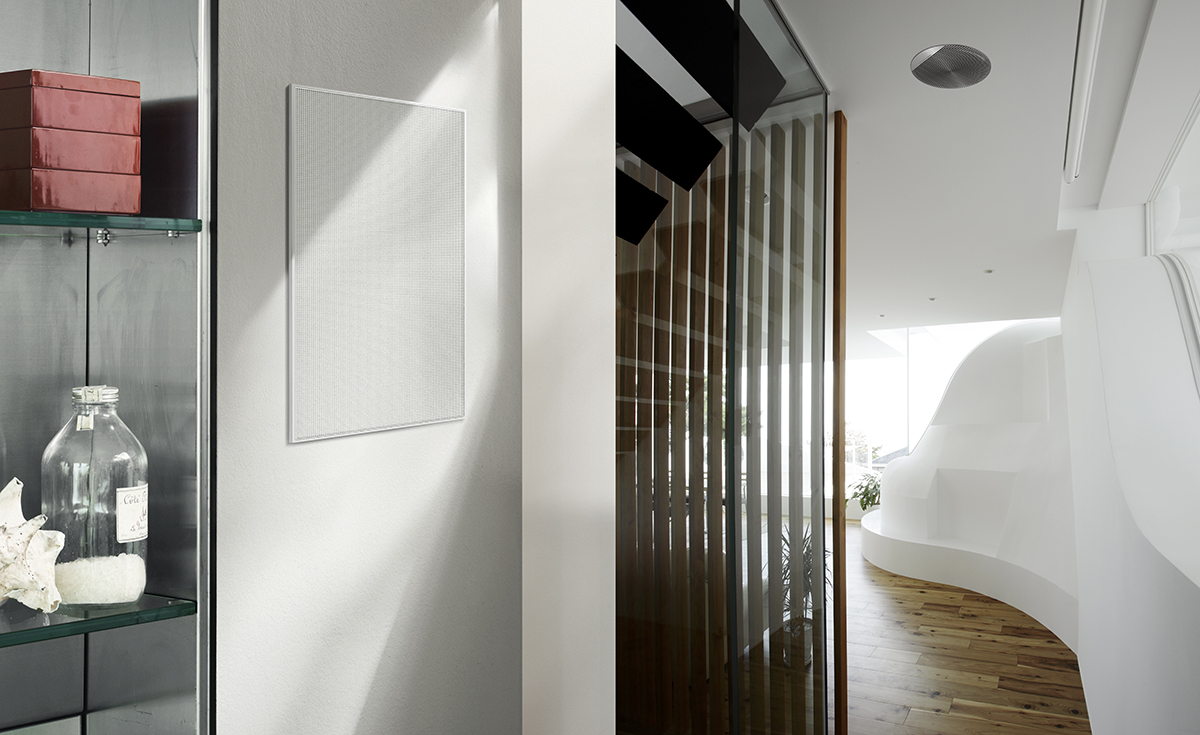 The Celestial passive in-ceiling speakers are designed for both background music and high performance listening, allowing for involving home theater installations. The Palatial in-wall speakers are made for active listening, whether it is music or as an invisible home theater in the living room.
www.bang-olufsen.com | www.originacoustics.com/bang-olufsen
related items