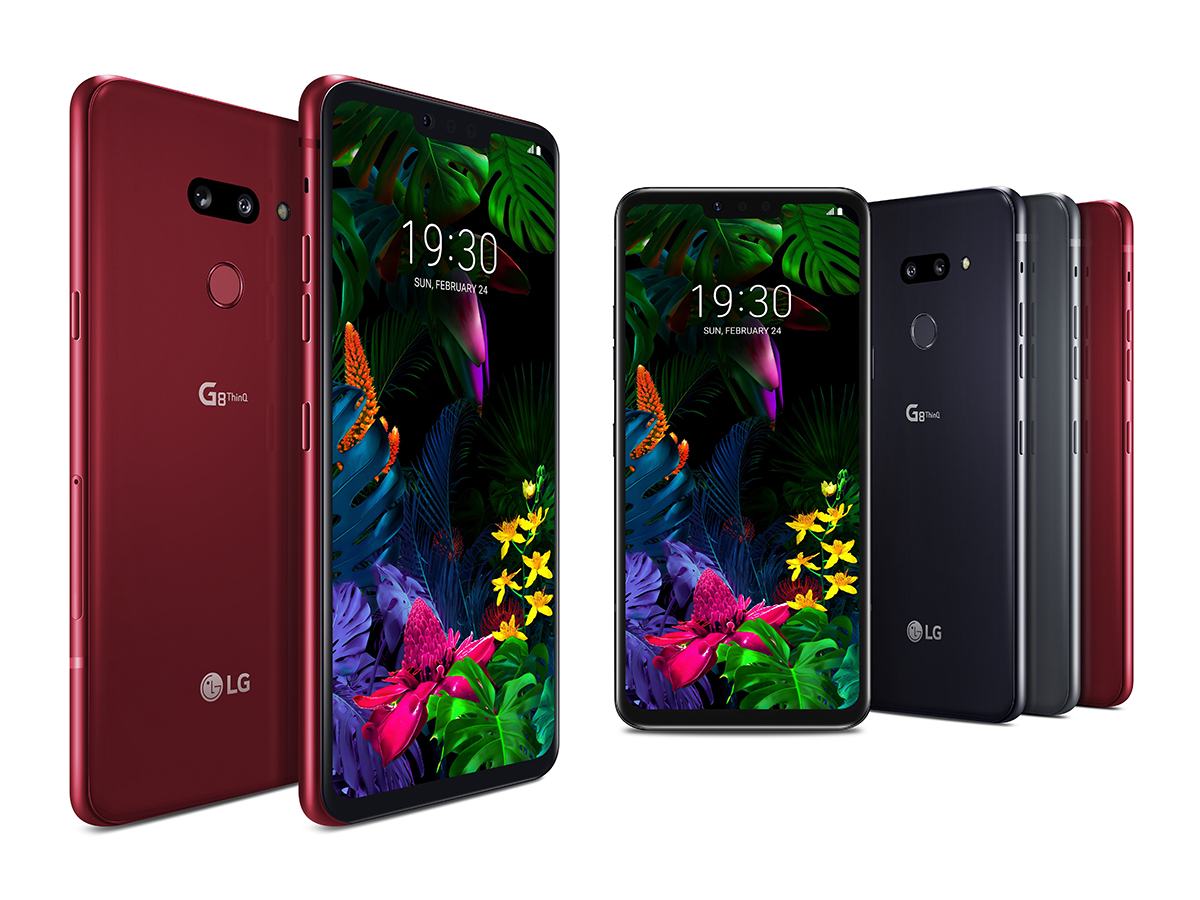 With more and more consumers using smartphones as portable devices for watching movies, playing games and consuming music, the demand for mobile phones capable of delivering high-quality audio is higher than ever. At MWC 2019, LG Electronics (LG) focused on smartphone sound with the new LG G8 ThinQ, featuring a Crystal Sound OLED (CSO) panel, an innovative technology that utilizes the phone’s OLED display as a speaker. The new LG G8 ThinQ model also expands on the collaboration with Meridian Audio. 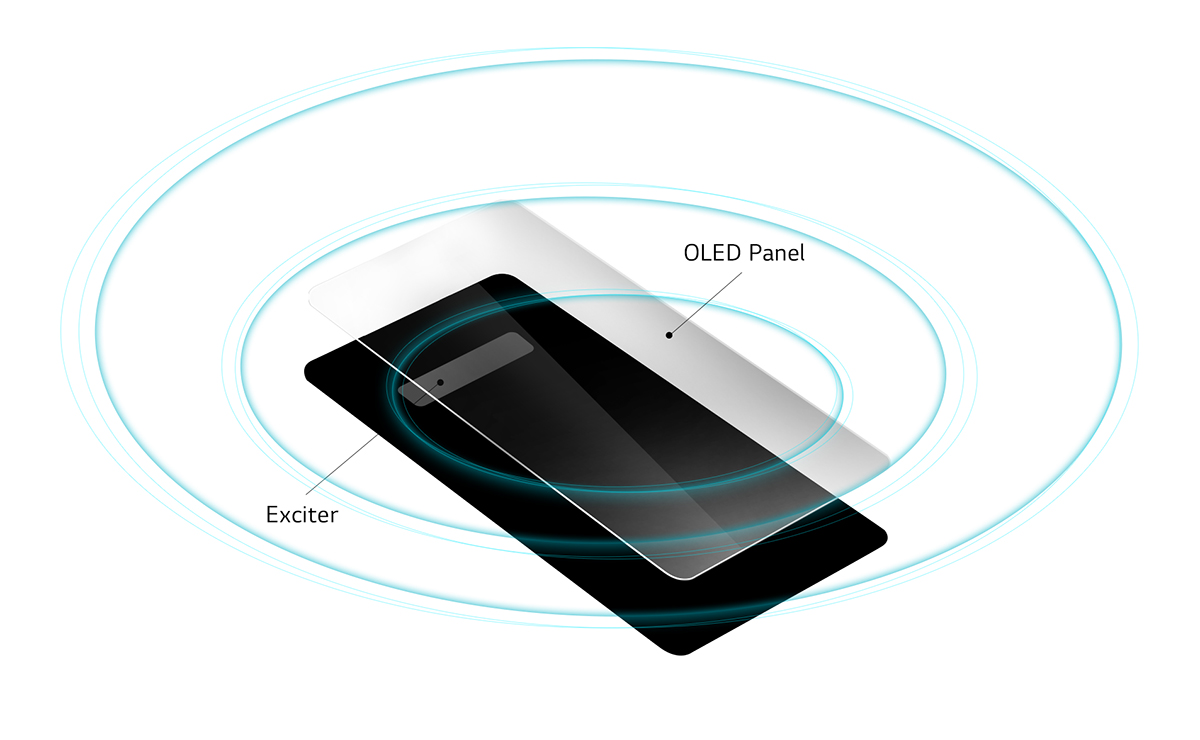 Developed in-house by LG, the CSO technology repurposes the OLED display as a diaphragm, vibrating the entire surface to produce sound with impressive volume. And because the technology takes advantage of the entire display, CSO also improves clarity, making voices easier to discern and subtle musical notes more noticeable. As well as improving the sound, CSO also gives the LG G8 ThinQ a clean, minimalist look.

In speakerphone mode, audio is delivered with impressive bass (for a smartphone) through the bottom speaker. Full-bodied stereo performance is possible with a 2-channel audio setup utilizing this bottom speaker and the top part of the display, taking advantage of the internal space of the phone as a resonance chamber to generate more bass and volume. To generate even more volume and leverage this dual speaker combination in the new phone, LG was showing a speaker-dock where users can place the LG G8 ThinQ and get room-filling sound. The company calls this a "Boombox Speaker." (pictured below) 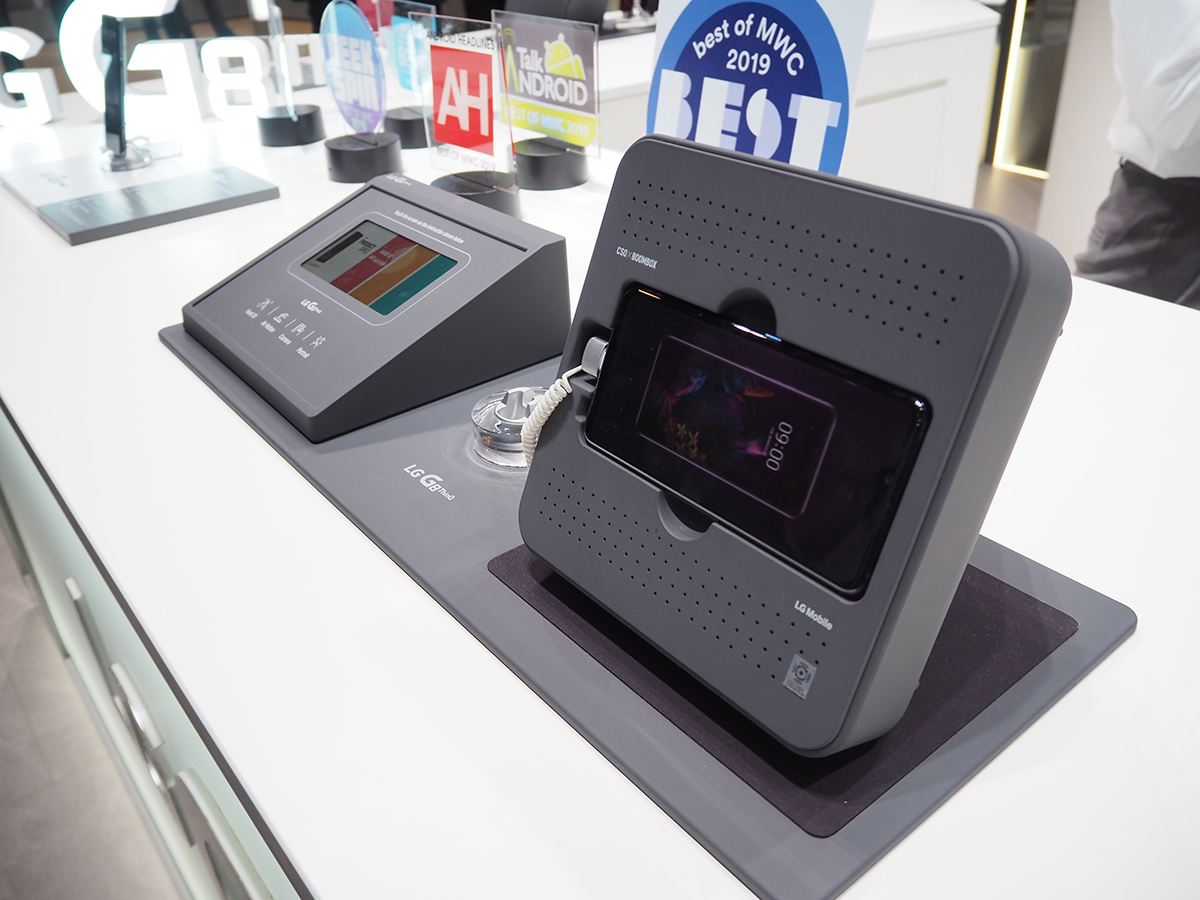 By working closely with Meridian, LG again improves sound fidelity on smartphones, implementing all the features of a premium digital player, which in the LG G8 ThinQ also adds DTS:X 3D Surround Sound to emulate a 7.1-channel system with or without earphones, a first for LG. Inside the new LG G8 ThinQ, there is a new 32-bit Quad DAC with the added ability to up-sample most audio files. And like previous LG smartphones, the LG G8 ThinQ supports Master Quality Authenticated (MQA) decoding and playback for high-quality audio streaming.

Of course, the LG G8 ThinQ also adds many other less obvious "innovations," like replacing fingerprint authentication with "advanced palm vein authentication." This means that instead of simply using your finger to unlock the phone, users will have to use the palm of their hands, which is detected by the front-facing camera. How is the useful? No idea, especially because the phone also features a Face Unlock feature, again trying to emulate the sophisticated technology introduced by Apple in the iPhone X in 2017 and perfected further in the latest iPhone models.

Further specifications for the LG G8 ThinQ detail the use of a Qualcomm Snapdragon 855 processor, 6.1-inch 19.5:9 QHD+ OLED display (3120 x 1440 / 564ppi), 128GB of internal storage with a microSD card reader allowing up to 2TB, three cameras in the rear and one in the front, 3500mAh battery, and support for Wi-Fi 6, Bluetooth 5 and NFC. Of course, there's no longer a headphone jack, since the LG G8 ThinQ - like all other iPhone clones introduced to the market since 2018 - already uses only a USB Type-C connector (USB 3.1 compatible in this model). A very positive plus, on this and other LG phones, is the included FM Radio, the main feature missing from any iPhone.

“Our commitment to driving smartphone audio to new heights is on clear display in LG G8 ThinQ,” says Chang Ma, senior vice president and head of product strategy at LG Electronics Mobile Communications Company. “By developing new technologies as well as working closely in partnership with the audio industry’s best partners, LG will continue to deliver the quality of sound that consumers demand and deserve.” 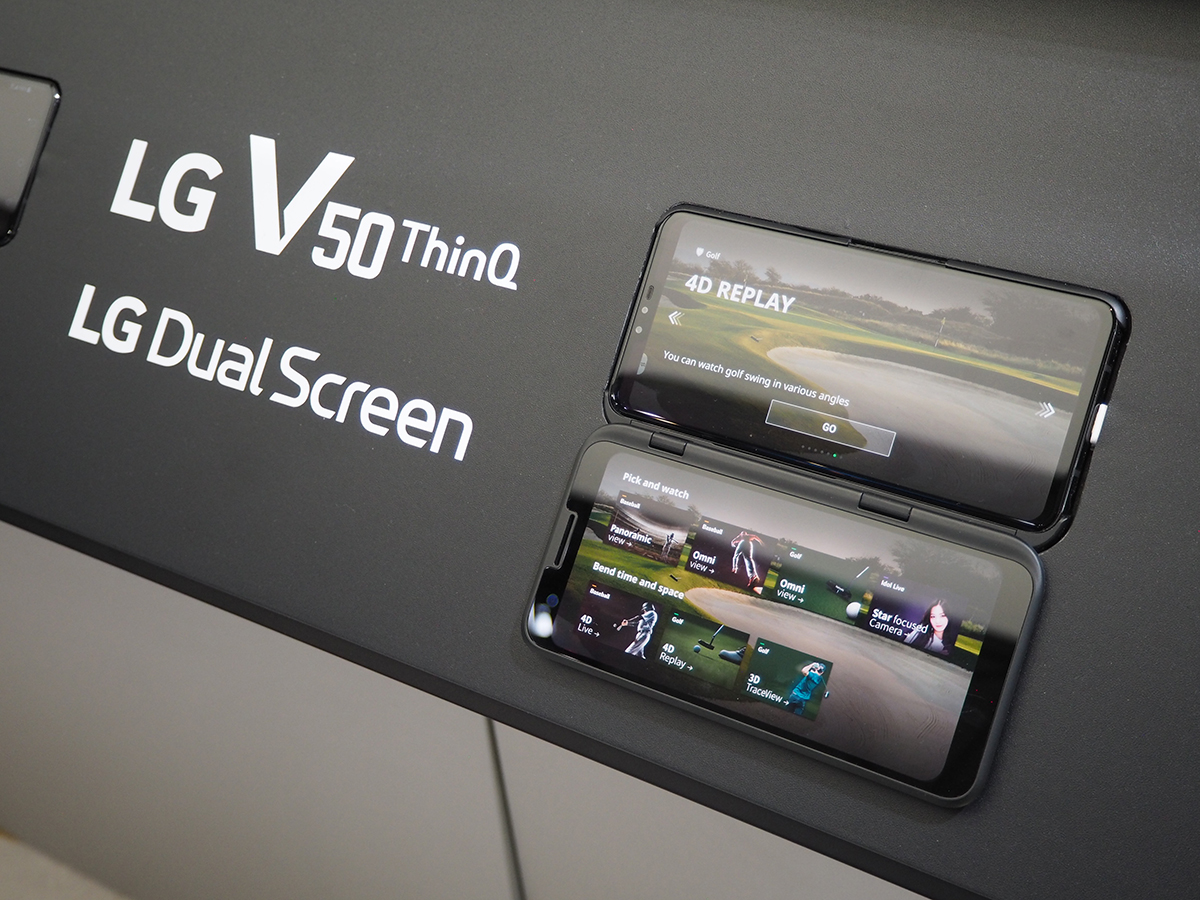 The flagship LG G8 ThinQ smartphone is only a part of the brand's simultaneous unveiling of multiple new G and V series smartphones at MWC 2019, which also includes the LG V50ThinQ model with support for 5G cellular networks — which eventually will deliver up to 20 times the speed of 4G. This model also features DTS:X technology onboard and supports Qualcomm aptX and aptX HD audio. The LG V50ThinQ was designed to support the rollout efforts of 10 major carriers in markets where limited 5G services will be launched in 2019, including the United States, South Korea, Australia as well as a number of European countries.

The new LG V50ThinQ model is also the first with Dual Screen, an optional accessory designed to resemble a cover case, which offers a second 6.2-inch OLED display, ideal for gaming and multitasking. While other companies are showing flimsy "foldable-screen" concepts, with limited Android support, LG opted to offer a second "plug-in" screen, which users can use when needed and leave at home otherwise.
www.lg.com
related items