MPEG-H TV Audio On The Air as South Korea Launches UHD TV Services Based on ATSC 3.0 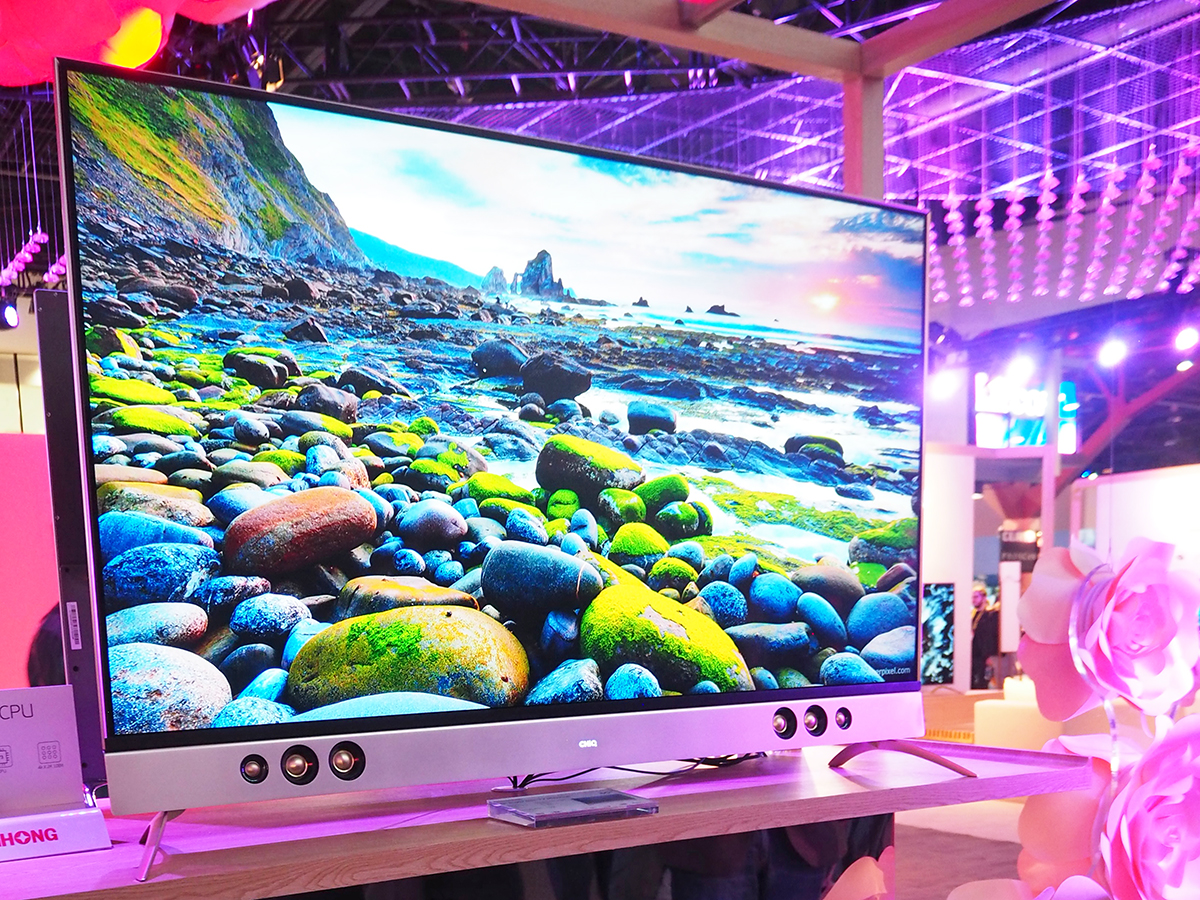 While immersive sound will pull viewers in the center of the action, interactive sound will enable them to personalize their audio experience according to their likings. MPEG-H, which was substantially developed by Fraunhofer IIS, makes it possible. The new TV experience will first be available in the Seoul capital area, and will be extended to the metropolitan areas and the venue cities of the Olympic Games in Pyeongchang in 2018. By 2020, the service is scheduled to be available nationwide. Korean consumers can purchase a growing number of MPEG-H enabled TVs from Samsung and LG today.

Leading up to the MPEG-H TV Audio System going live, Fraunhofer IIS put in a lot of effort in the detail of acquainting Korean broadcasters with the new audio format. Fraunhofer IIS trained a team of Korean sound engineers in Germany who are now supporting the Korean broadcasters on site during production and mixing of audio content in the MPEG-H format. Additionally, a permanent demo room with a studio and training center was established at the Digital Media City in Seoul. At the official inauguration on May 15, more than 100 guests were able to tour the facilities and get a first-hand look of the new possibilities that the MPEG-H TV Audio System provides. 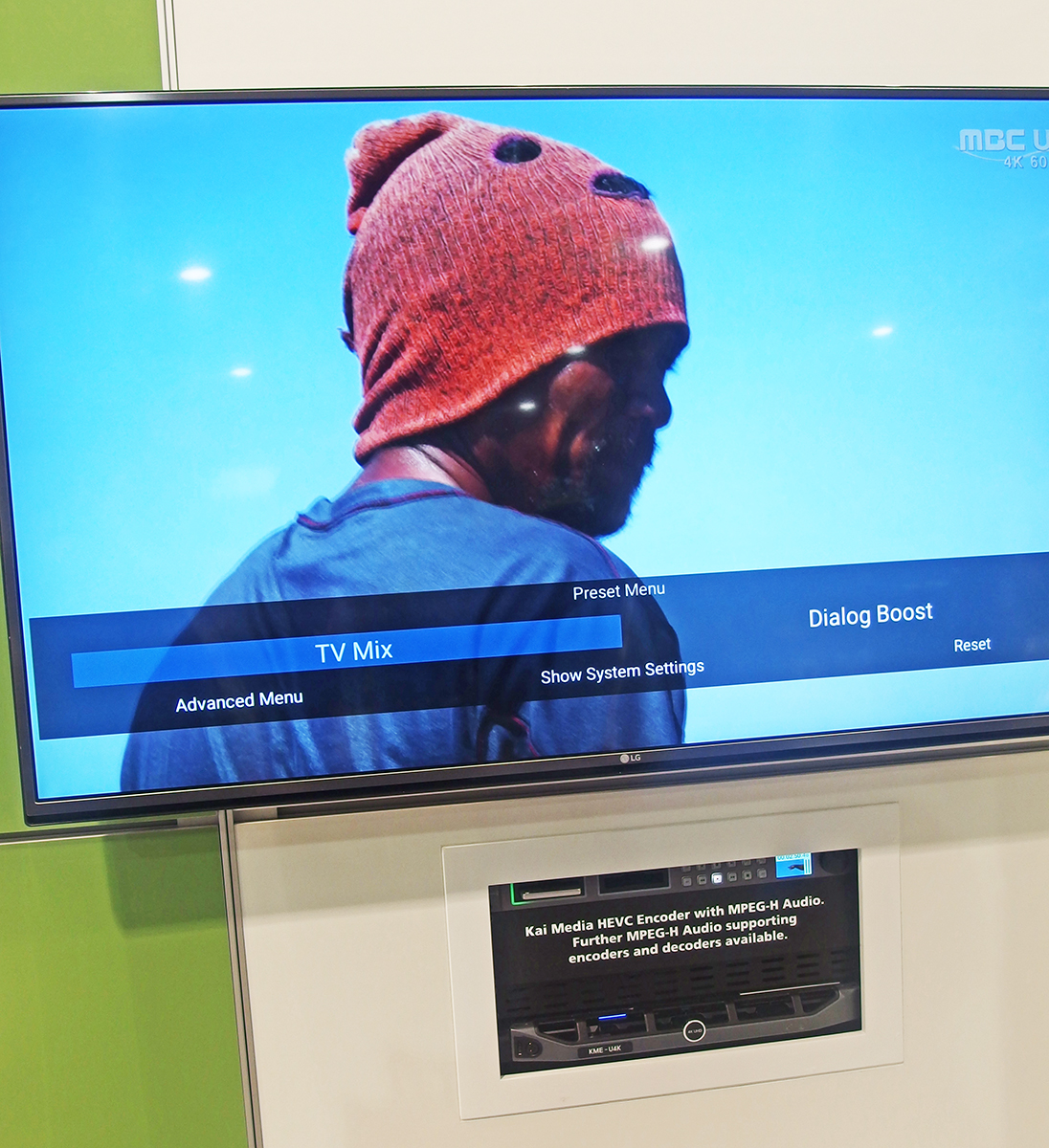 At the demo room opening ceremony, several speakers emphasized the importance of MPEG-H for the success of the UHD TV service as a whole. Dosik Kim, Senior Director of the UHD team at SBS, said that MPEG-H’s audio features are even more important than 4K video, since the viewer can perceive interactive and immersive sound very well and distinguish it from regular sound at the same time. SBS, the largest commercial broadcaster in South Korea, will be providing immersive and interactive sound with its broadcasts of the Winter Olympic Games in 2018.

Yongseok Moon, Audio Director at KBS, Korea’s public broadcaster, said that MPEG-H can be implemented at the station without major changes to the KBS infrastructure. KBS plans to complement its programs with immersive and interactive audio contents step by step.

Immersive sound can be transmitted flexibly and highly efficiently with the MPEG-H TV Audio System. The data rates are similar to those used for surround sound. The supported audio formats are channels, objects and ambisonics which can be carried individually or combined inside a single audio bitstream with metadata. Channels are known as the conventional way of transmitting audio. For example, two channels for stereo, six channels for surround sound or eleven channels for 3D audio. Additionally, audio objects can be transmitted. These objects can be interactive elements or certain 3D audio components e.g. a helicopter flying above the viewers. MPEG-H also supports ambisonics audio formats.

With the MPEG-H TV Audio System, viewers have the ability to adjust their individual audio mix by simply using their remote control. They can change the balance between dialogue and background sounds or music, in order to improve speech intelligibility or put more emphasis on the stadium atmosphere in a sports broadcast. The choice between various commentators of a sporting event can also be enabled, a concept Fraunhofer introduced as “Hear your home team.” 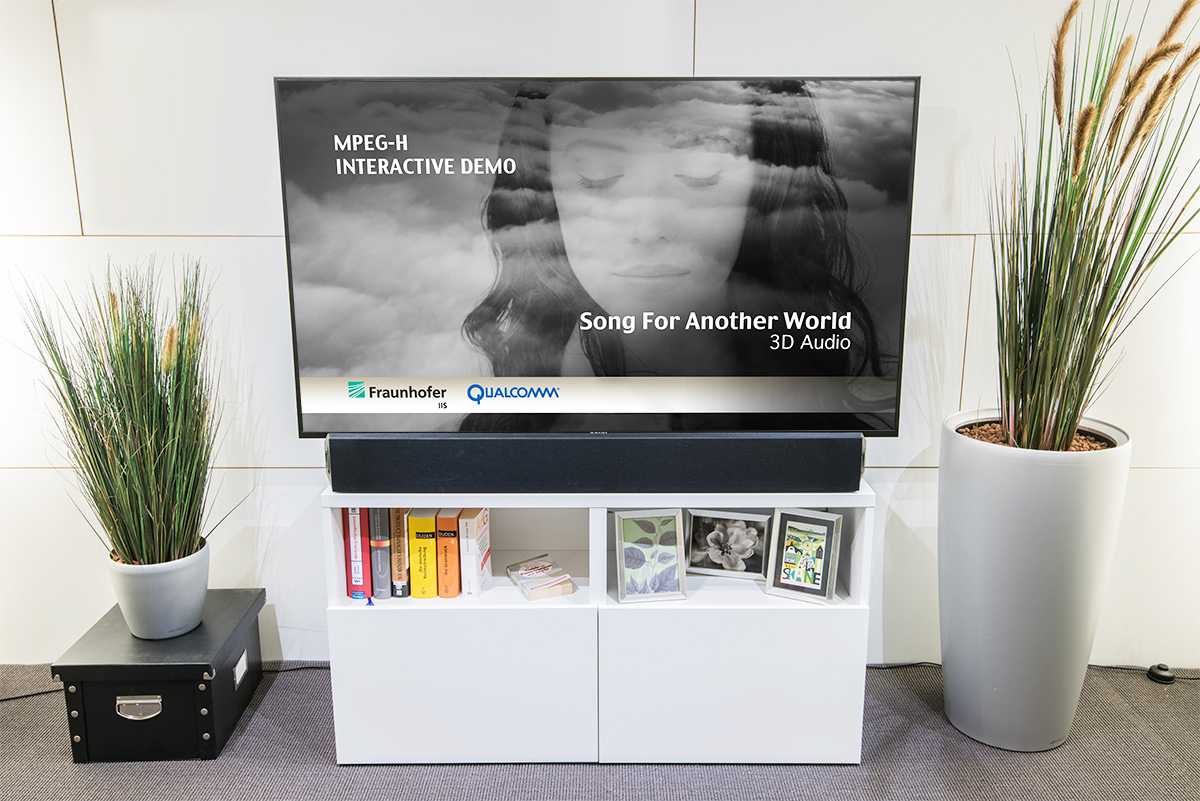 At the Korean broadcasting trade show, KOBA, which took place from May 16 through 19 in Seoul, KBS demonstrated the advantages of the new UHD service at its booth. MPEG-H played an important role as well, and the Fraunhofer team provided extensive support in planning, setup and equipment of the demo. More than 1,500 visitors were able to experience the interactive and immersive sound on a 7.1+4 speaker system as well as the Fraunhofer 3D reference soundbar.