Legrand’s whole home audio system is designed for demanding music enthusiasts for installation by professionals. All connected Player Portfolio products will automatically implement the v4.2.0 software update to support this integration. The corresponding app update for iOS and Android devices will also be available for download from iTunes and the Google Play Store.

“Our integration of the KNX protocol is very important to our dealers across Europe. It greatly multiplies the opportunities for them to recommend the Player Portfolio as a part of larger home systems,” says Desirée Webster, senior marketing communications manager, Legrand North America.

The Nuvo Player Portfolio integration of KNX is made possible via ETS programming, and in conjunction with the Nuvo KNX Interface that will serve as a versatile bridge between system components and all KNX based systems, products and functions. Integrators can purchase the Nuvo Interface (Nuvo KNX-INTFPOINT) via Nuvo’s distributor, Vantage EMEA.

Among the other features firmware version 4.2.0 adds to Player Portfolio control capabilities will be the addition of Maximum Volume and Line-In Boost settings and the option to set the Mute button to the Play/Pause function. Additionally, it adds support for Wi-Fi channels in Russia, the Deezer music streaming service in the U.S. and the Napster streaming service in additional regions worldwide.

New Nuvo Products
The announcement of KNX protocol implementation and other firmware update benefits is particular important at a moment when Legrand has expanded its Nuvo Player portfolio of whole home audio systems, with the launch of the new Nuvo P400, its first tabletop speaker. 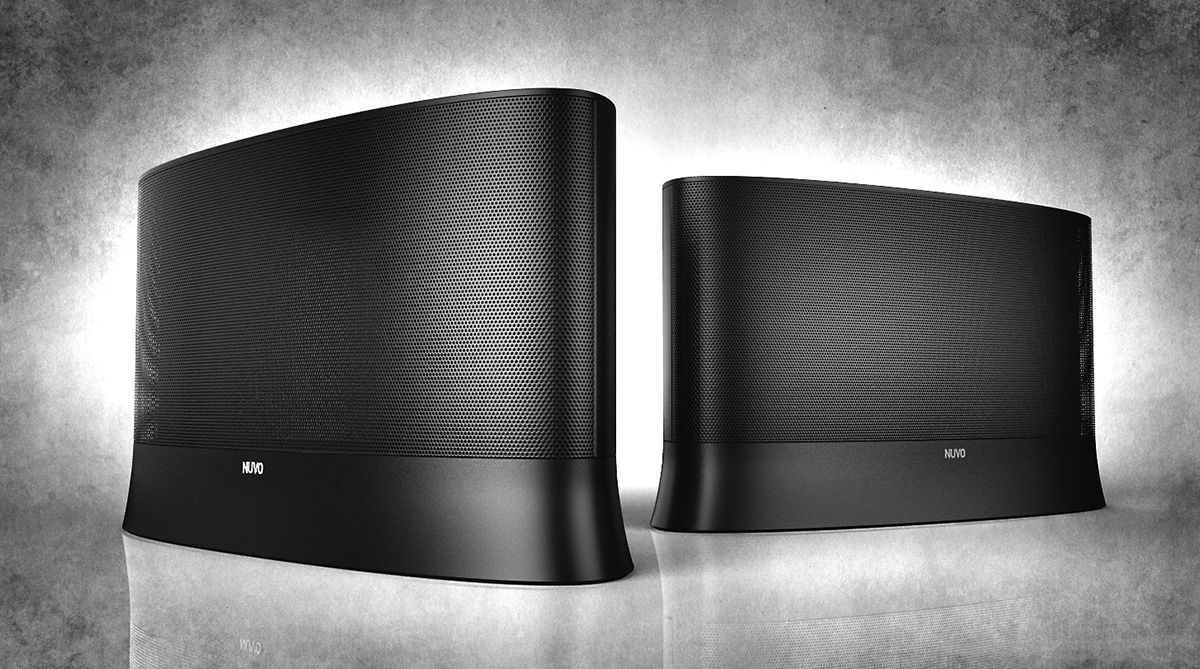 The new unit, which includes built-in Wi-Fi, an amplifier and speakers, offers multiple control options, enabling music to be easily accessed via its top-mounted, back-lit LED controls, any of the Nuvo Player in-wall keypads, or the convenient Nuvo Player apps for iOS and Android devices.

“The Nuvo P400 tabletop speaker is a crucial piece of our whole home audio system, enabling our solution to accommodate rooms where in-wall speakers or book shelf speakers are not an option,” explains Walt Zerbe, Legrand product manager, audio. “Its sleek, modern design fits any space and the fact that it offers the versatility to be used as a single zone or as an addition to as many as 16 zones within the Player Portfolio system makes it very appealing to installers and end-users alike.”

The P400 can be configured as a wired system via Ethernet or wirelessly (802.11 a,b,g,n, 2.4GHz or 5GHz). It also offers TOSLINK and analog line inputs for connecting an in-room audio source for playback. The Nuvo P400 speaker is now available for an MSRP of $649.99.

Another important addition to the Nuvo product range was the introduction of the Nuvo P500, the first sound bar and subwoofer combo in its Player Portfolio whole home audio product line. The two-piece system provides enhanced audio for TV while serving as a Nuvo Player for music and audio content from streaming services, home networks, or iOS and Android portable devices.

A powerful 2.1 audio system with an eight-inch wireless subwoofer, the P500 provides excellent sound quality for enjoying music streamed from services such as Spotify, Pandora and iHeartRadio, as well as dynamic audio with deep bass response for TV and movie viewing. These listening experiences are customizable with four audio modes—movie, music, voice and night mode.

“Used when watching videos or just listening to music, the P500 shows off the outstanding audio quality of the Player Portfolio system and gives customers added flexibility in outfitting rooms for sound,” says Walt Zerbe. "With one of these systems in the room, you have the option of getting great sound for both movies or music. Not every room with a TV is going to have a surround system, but it can still have great audio for video soundtracks and streaming music. With the Player Portfolio built-in, the P500 sound bar works seamlessly as part of whole house system, playing audio throughout the house, or in a separate zone with different content.”

A sleek industrial design, with a metal grill, white backlit touch panel and a neatly hidden internal power supply make the P500 ideal for installation below flat panel TVs and an attractive addition to any room in the home. The innovative system provides easy and flexible control options, including its own remote control, the Nuvo Player app, and optional in-wall keypads as well as integrated control via Legrand’s partners, such as KNX, Control4, Crestron, RTI and URC. The unit also features a built-in IR learning function, which enables it to be controlled via third party remotes sold with TVs and set top boxes.

The P500 can be installed in either an Ethernet or wireless (802.11 a.b.g.n. 2.4GHz or 5.1GHz) configuration and additional components can be connected to it via TOSLINK and analog line inputs. The Nuvo P500 sound bar is now available for MSRP $899.
www.legrand.us
related items