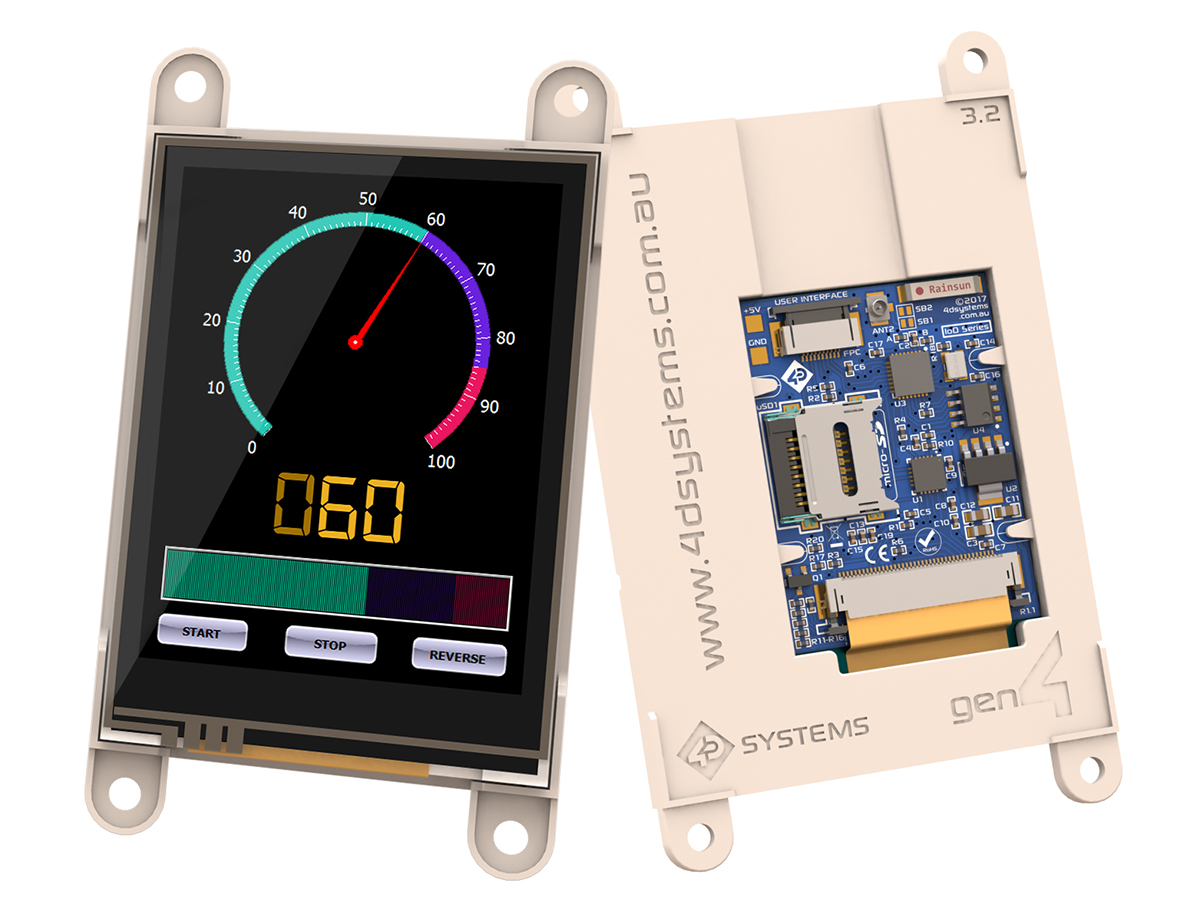 Three sizes are available initially, the 2.4” gen4-IoD-24T, the 2.8” gen4-IoD-28T, and the 3.2” gen4-IoD-32T. All feature a 240 x 320 pixel display with resistive touch and integrated WiFi. The display modules are aimed at manufacturers and enthusiasts who need a quick and easy-to-use professional solution for wireless  GUI applications. Applications wise they are aimed at any wireless application requiring a GUI to display information from sensors, or to control devices and/or sensors using a touch screen.

Powered by an ESP8266 SoC device, the modules are able to handle very demanding levels of graphics functionality, and with wireless connectivity they are able to connect and communicate with cloud data and other devices on the web. An on-board SD card socket enables the use of FAT16 or FAT32 formatted cards for extensive storage capabilities.

As an all-in-one implementation of display, processor and touch screen, the gen4 IoD display modules provide everything required for a wireless GUI application in one small, pro quality package. There is no need to source components from multiple sources, saving time and BOM costs.

The modules utilise proprietary, patent pending manufacturing processes that provide for exceptional cost savings - and thus an unbeatable price - yet an uncompromized build quality. In normal use the modules can be fitted into very small end user application enclosures. Alternatively, the slim and sleek design of the gen4 series means that application boards can sit flush at the back of the module allowing for very compact end user applications.

At the core of the IoD series display modules is 4D Systems’ main software development tool – 4D Workshop4 IDE. This development environment provides users with the possibility to quickly develop GUIs for embedded displays with minimal coding requirements. Users can see what they are developing during the development process, and the software takes care of most of the coding for the graphics. Users can focus on designing the application rather than worrying about the low-level design.