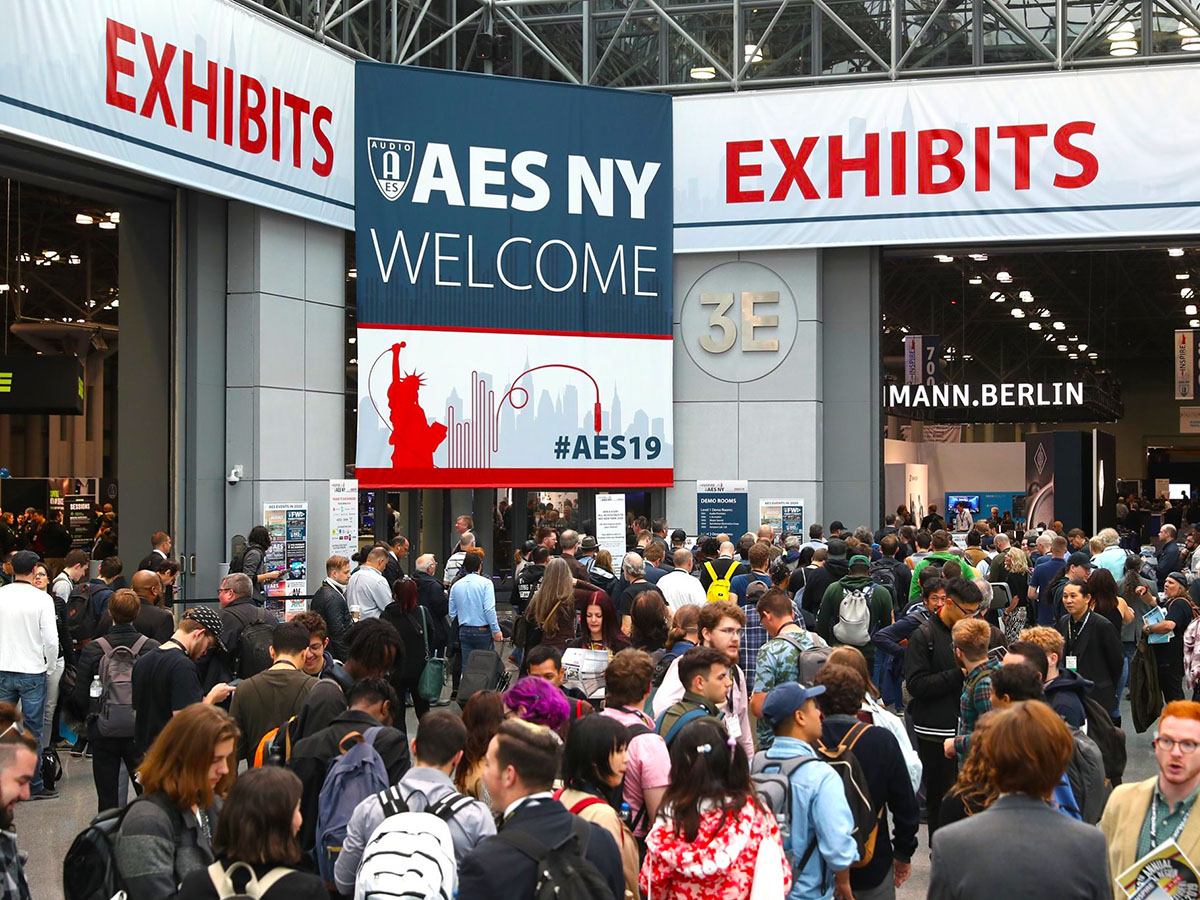 “The program rocked, and the exhibits were packed with people. Everyone was very excited to be there,” shares Agnieszka Roginska, AES New York 2019 co-chair and AES president-elect. “No time in AES’s history has seen a more diverse, innovative and forward-looking program.” Convention co-chair and AES Secretary Valerie Tyler elaborates, “We expanded the comprehensive technical program to include more genres, a broader range of new technologies and a wider breadth of voices than ever before.”

“We’re so proud of the team that came together to make this convention a reality,” adds Jonathan Wyner, the third of the Convention’s co-chairs. “From the technical program to the exhibition hall, the interests of every attendee were met. Expanded topics drew new attendees and let long-time attendees expand their horizons.” 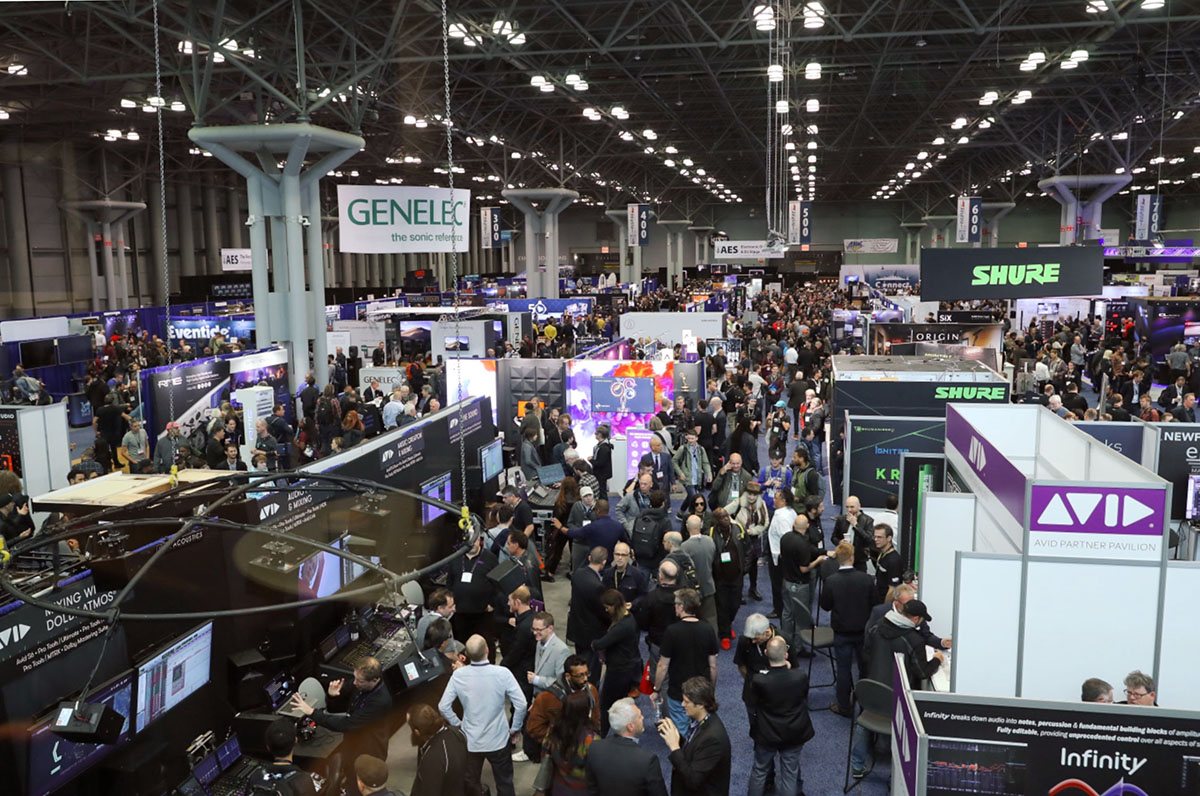 The Convention’s wealth of opportunity – more than 750 of professional audio’s leading innovators presenting in the more than 330 sessions in the All Access Technical Program and the 130 sessions on the Exhibition Hall’s Inspiration Stages and in its topical Theaters, alongside 236 exhibiting brands – was evident in the registration numbers, according to Colleen Harper, AES Executive Director. “Registration for the Audio Engineering Society’s 147th International Pro Audio Convention again topped 14,000,” she says. “That includes a 20% increase in individuals opting for an All Access badge for the full Technical Program. The AES and our events are more relevant than ever to an industry where technology and its application are in a constant state of change.”

“Over the last few years,” says producer/engineer and AES New York 2019 presenter Warren Huart, “AES has actively been bringing in and cultivating young Engineers. This year’s show was amazing testament to this. Plus, all the exhibitors brought their ‘A Game’! Everyone’s booths showed a massive range of products, and the diversity of modern and legacy products was the best it’s ever been. It was so gratifying to see the huge amount of innovation on display!” 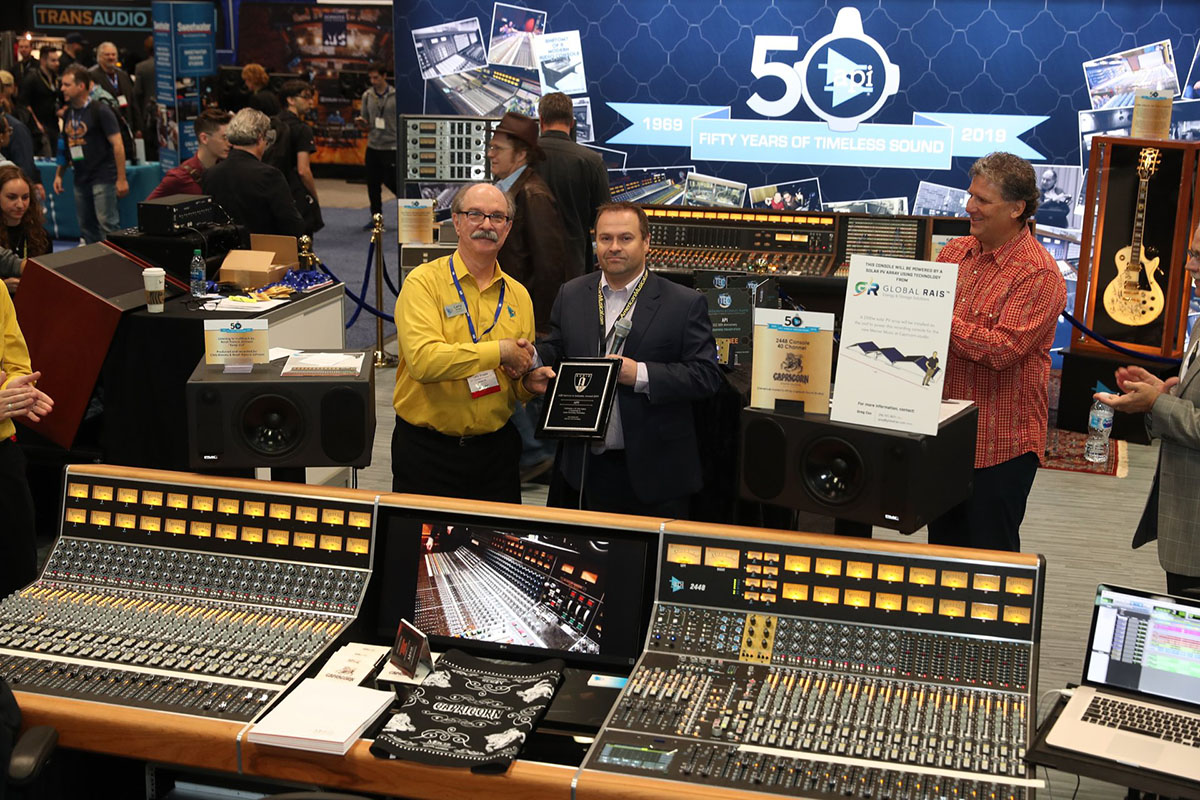 That blend of modern and vintage was exemplified by console maker API’s presence at AES New York 2019, where the company celebrated its 50th anniversary. It was “a great show for API,” says the company’s owner and president, Larry Droppa, “aided by the museum display in our booth, which provided not only a history lesson for the younger generation, but a chance for our contemporaries to reminisce over the 'glory days' of tape-based recording. Attendees were enthusiastic about the state of the industry. We were particularly pleased with the number of student groups and younger audio engineer/producers who value the listening process as much as the advances in technology."

Showing further appreciation for AES’s nurturing of the audio professionals that are the future of both the Society and the audio industry, Genelec’s marketing director Will Eggleston sums up AES New York 2019 by declaring, “The AES audio community is alive and vibrant, indeed. It’s so great to see so many enthusiastic young audio professionals participating and doing so many cool things.”
AES New York 2019 Awards
The opening ceremonies of the 147th Audio Engineering Society Convention took place on Wednesday, October 16, at the Javits Center in New York, featuring the presentation of this year’s AES Awards, along with welcoming remarks from AES President Nadja Wallaszkovits and AES New York Convention committee members Agniezska Roginska, Valerie Tyler and Jonathan Wyner. Awards were presented by Alex Case, AES Awards Committee Chair.

The awards presented include the following:

The Silver Medal Award, given in recognition of outstanding development or achievement in the field of audio engineering. This year’s recipients are:
Marina Bosi, in recognition of outstanding achievements in the development and standardization of audio and video coding and of secure digital rights management.
Louis D. Fielder, for extraordinary contributions to the field of perceptual audio coding, and years of service to the Audio Engineering Society.

The Board of Governors Award, given for outstanding contributions to the Audio Engineering Society, has been presented to:
Gavin Kearney, in recognition of co-chairing the 2019 AES International Conference on Immersive and Interactive Audio.
Mariana Lopez, in recognition of co-chairing the 146th AES Convention in Dublin.
Michael Santucci, in recognition of co-chairing the 2018 International AES Conference on Hearing Disorders.
Jim Starzynski, for outstanding leadership and contributions to the AES Audio Guidelines for Over the Top Television and Video Streaming Technical Group within the Broadcast and Online Delivery Technical Committee.
Jonathan Wyner, in recognition of co-chairing the 145th AES Convention in New York.
The Fellowship Award, given to a member who has rendered conspicuous service, or is recognized to have made a valuable contribution to the advancement in or dissemination of knowledge of audio engineering or in the promotion of its application in practice, has been presented to:
Anthony Agnello, for the continuous invention of influential disruptive audio technologies.
Martha de Francisco, for conspicuous commitment to audio education and mentorship and support of the Audio Engineering Society.
Michael Kelly, for significant contributions to the Society’s leadership in Game Audio.
John Krivit, for conspicuous commitment to audio student education and mentorship.
Jan Abildgaard Pedersen, for advancements in the field of loudspeaker design and for his substantial contributions to the Audio Engineering Society.
Josh Reiss, for valuable contributions to, and for encouraging and guiding the next generation of researchers in, the development of audio and musical signal processing.
Takehiro Sugimoto, in recognition of his diverse contributions to the development and standardization of 22.2 multichannel sound broadcasting systems.
Terri Winston, for providing training, resources, and leadership, greatly expanding the participation of young girls and women in the field of audio engineering.

The Citation Award, given in recognition of services to the Society or industry accomplishments by non-members, has been presented to:
Pat Parker, for over 40 years of invaluable contributions to Audio Engineering Society conventions.

The Honorary Member designation, given to persons of outstanding repute and eminence in the science of audio engineering or its allied arts, has been given to:
Grandmaster Flash, for pioneering revolutionary and influential implementations of audio and music technologies for performance.

The Distinguished Service Medal Award, given in recognition of extraordinary service, has been presented to:
Garry Margolis, in recognition of more than 20 years of dedicated service to the Society as a Section Officer, Governor, Treasurer and President.

On the AES event calendar for 2020 are the AES Academy in January in Anaheim, the AES Worship Sound Academy in Nashville in March, the AES Vienna 2020 Convention in May, the Audio Educators Conference in Murfreesboro/Nashville in July and the AVAR Conference in Redmond, Washington in August. AES New York returns to the Javits Center October 21–24, 2020.
www.aes.org
related items