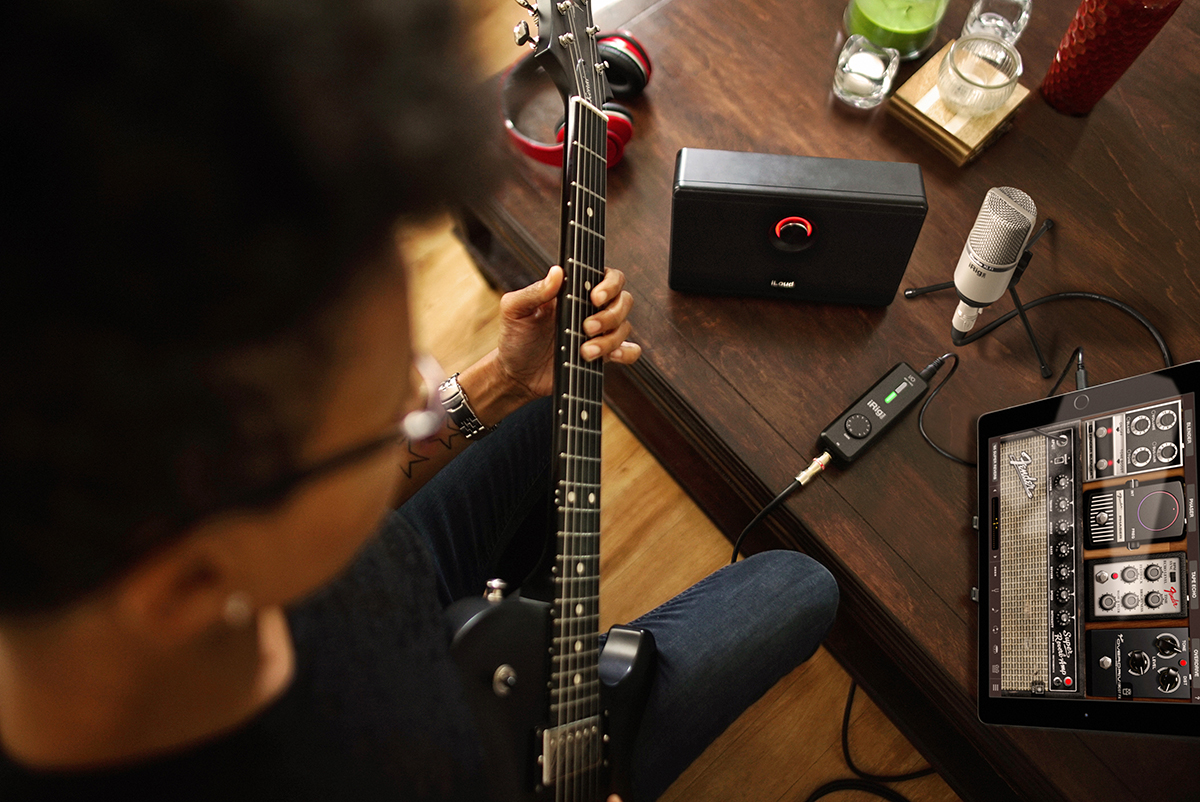 iRig Pro I/O raises the bar for personal mobile interfaces, with a new set of features and included software and apps that are unmatched in the category. iRig Pro I/O is an ultra-compact, plug-and-play, truly portable interface that lets musicians hook up all their gear - guitars, basses, studio mics, vocal mics, keyboards and more - to their mobile devices or computers and record 24-bit/96kHz pro-quality audio and MIDI tracks anywhere.

iRig Pro I/O features a high quality 1/8" headphone/line out with level control for use with the latest Apple devices like the iPhone 7 to connect to headphones, mixers or powered monitor speakers in an ultra-compact enclosure that fits in a pocket and can be taken anywhere. Additionally, iRig Pro I/O is the first interface of its kind that includes built-in device charging for extended playing sessions, using an optional power supply. 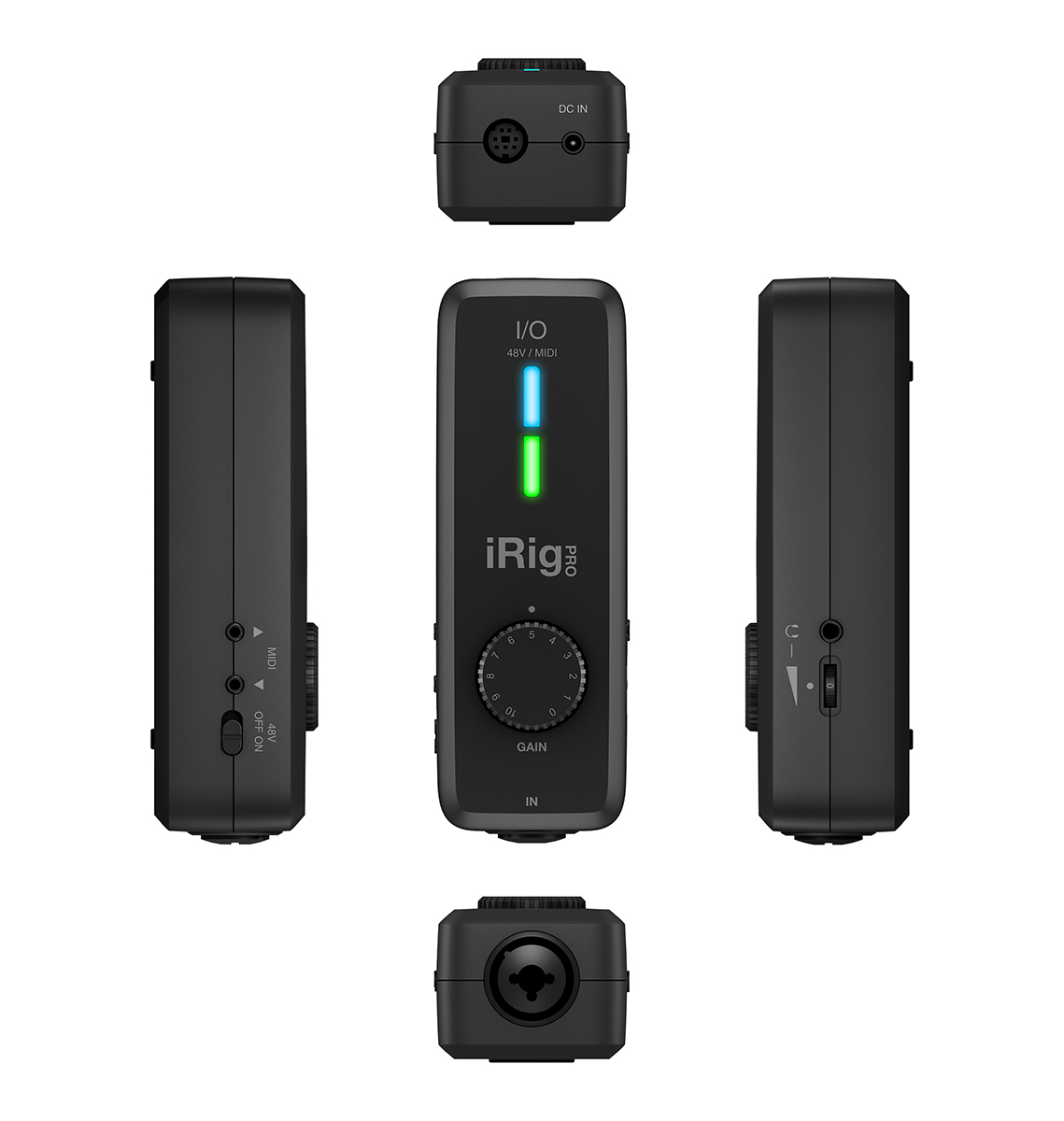 At its core, iRig Pro I/O is a truly professional audio interface, giving players the ability to record 24-bit audio at sample rates of up to 96kHz. The integrated Class-A preamp features a precision input gain control to handle a wide array of input signals giving it a tremendous amount of flexibility in a super-compact design. iRig Pro I/O features a multi-color LED indicator for visually optimizing the input gain level and monitoring the input signal to prevent clipping.

For real-time monitoring on the go with the latest iPhones, iPads and computers, iRig Pro I/O features a high quality 1/8" headphone/line output with level control. Users can plug in their headphones, connect to a mixer, or hook up a set of powered monitors like iLoud Micro Monitor. iRig Pro I/O features a Neutrik XLR/1/4" combo input that lets users plug in all their gear - from dynamic, condenser or ribbon microphones to unbalanced Hi-Z or line level instruments like guitars, basses and more. It also features a 48V phantom power switch for powering condenser or active ribbon microphones.

iRig Pro I/O can operate on 2 x AA batteries (included) when connected to an iPhone/iPad, or on USB power when used with a Mac or PC. iRig Pro I/O also features a new DC in port that, when used with its dedicated power supply unit, charges a connected iPhone or iPad while in use for unlimited playing or recording time, on stage and in the studio. iRig Pro I/O comes with Mini-DIN to USB and Mini-DIN to Lightning cables along with two 5-pin MIDI to 2.5mm cables for connection to standard MIDI gear.

iRig Pro I/O is bundled with more than $/€500 worth of included IK software. Users get full versions of IK's award-winning titles like AmpliTube 4, AmpliTube for iPhone and iPad, SampleTank 3 SE and T-RackS Deluxe with Mic Room. Now available from the IK Multimedia online store and from IK authorized dealers worldwide for only $/€149.99 (excluding taxes.)
www.irigpro.io | www.ikmultimedia.com
related items