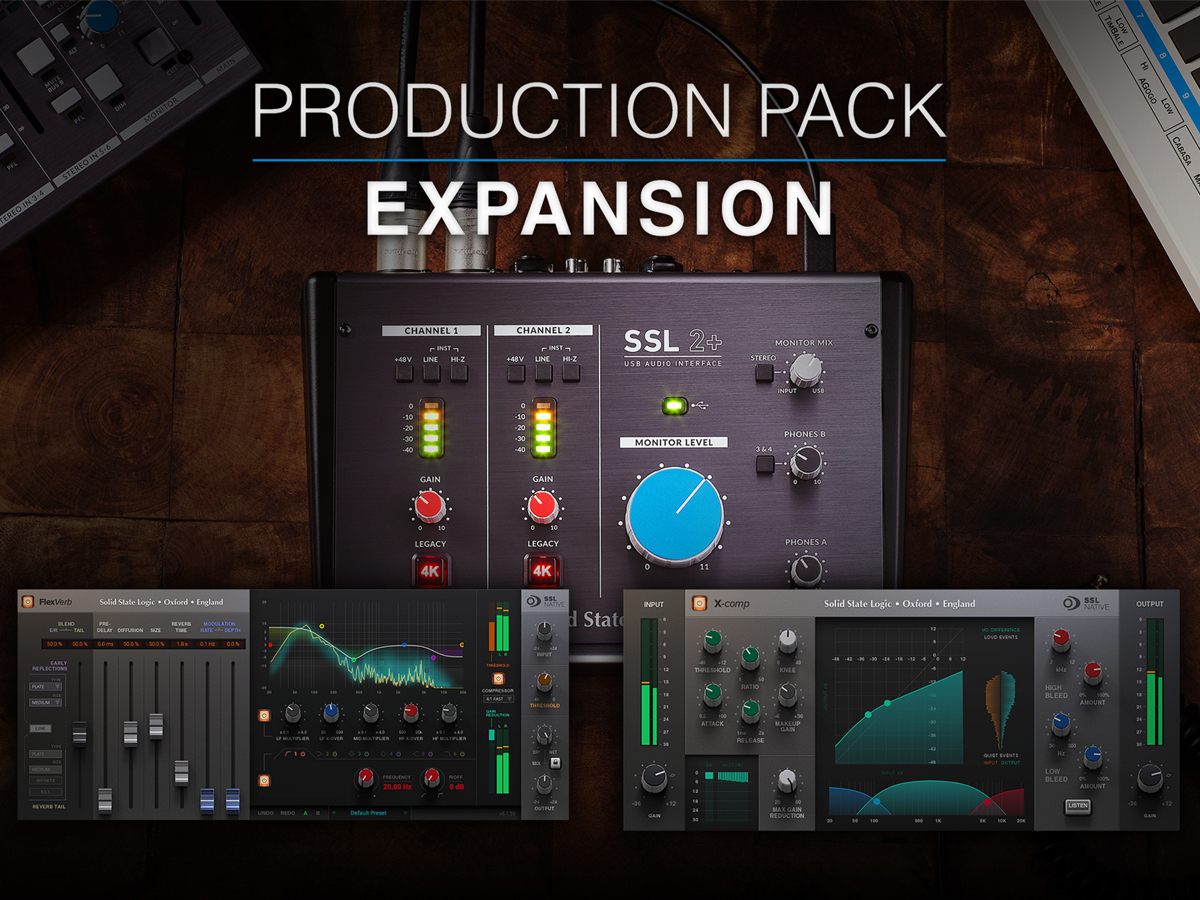 Nigel Beaumont, SSL Managing Director, enthuses “It’s been a pretty amazing year for SSL with the introduction of our professional studio interface range in January. The response to the products has been amazing, and as a thank you to new and current interface owners, we wanted to offer them all a pretty cool gift from the team.”

It's not surprising that the new SSL compact USB interfaces have been so well received, particularly considering that a lot of studio activity has been taking place at home during this year. The two new SSL 2 and SSL 2+ interfaces inherited key technology features and more importantly, the allure of SSL's legendary consoles, at the heart of countless hit recordings for the past 40 years. Immediately noticeable in the construction of these compact units are Alps potentiometers throughout, Neutrik XLR and Jack connectors, and a high-current NJM headphone amp output.

Adding to the appeal of these interfaces are 24-bit/192kHz AD/DA converters and balanced monitor outputs, coupled with additional unbalanced RCA outputs for easy connection to consumer equipment, two high-current grade headphone outputs, allowing users to create a second independent headphone mi, and MIDI I/O. The simpler SSL 2 professional personal studio interface is a 2-In/2-Out USB-C model with all the same remaining features but no unbalanced RCA outputs and no MIDI I/O.

Even though these interfaces conform to the USB 2.0 audio specs, easily compatible with both Mac and PC, they also are completely bus-powered and use the updated USB-C connectivity interface. And the two preamplifiers have been designed with a mixture of discrete low-noise transistors in combination with ICs to improve noise performance and gain range with the power supplied via USB. 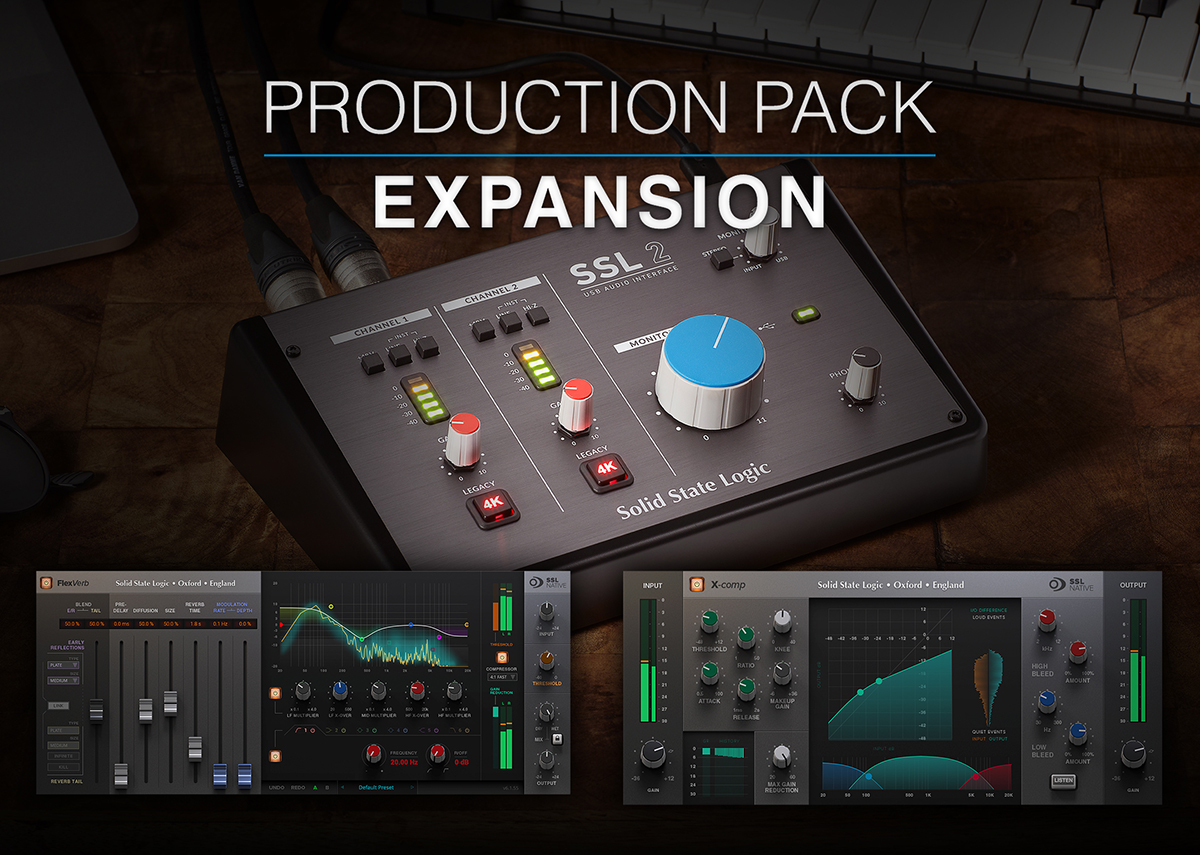 Inside the chassis, there are many details that reflect SSL's history of innovation in analog electronics and console design. The Legacy 4K is an all-new analog enhancement effect, inspired by the character of an SSL 4000 series console (often referred to as '4K'), simply distilled into a single-circuit. With a single knob, users are able to breath some life into 'boring' or 'dull' sounding input sources, by boosting high-frequencies in a musical way and adding subtle-harmonic distortion.

The addition of the SSL FlexVerb and X-comp Native plug-ins to the included software bundles, provides even more production power to the popular SSL 2 and SSL 2+ professional audio interfaces. The FlexVerb is a fully-featured and extremely versatile reverb plug-in with four reverb types, plus early and late reflection parameters. FlexVerb also features a 6-band EQ, High and Low Pass Filters, 3-band reverb time multipliers and input sidechain compressor. The X-comp is a sophisticated and extremely versatile stereo compressor with genuinely professional features, results and interface, in the best SSL tradition.

New and current owners of the SSL 2 or SSL2 + audio interface can receive the new plug-ins and the rest of the SSL Production Pack via their online registration.
www.solidstatelogic.com
related items