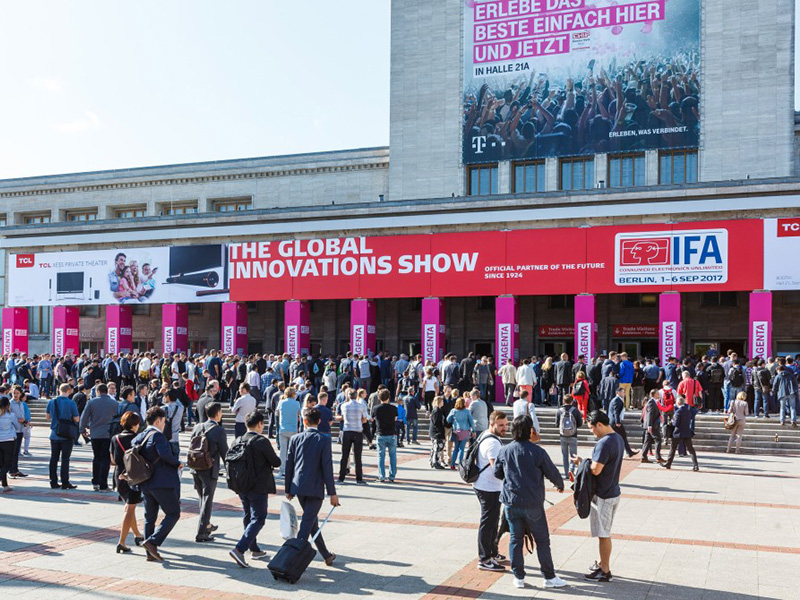 Once again, IFA was operating at full capacity, with 1,805 exhibitors showing their latest products and services on 159,000 square meters of fully booked show floor at Messe Berlin. The mood among exhibitors was highly optimistic, not least given the expected order volume of 4.7 billion euro achieved during the six days of the event.

Once again, IFA 2017 demonstrated that it is a key driving force for both brands and retailers. In the run-up to the industry’s most important sales season, the high order volumes seen in Berlin point to a strong and positive end-of-year business. IFA was also the showcase for numerous innovations and product launches, which demonstrates that “IFA is and remains the ideal meeting place and market place for trade and industry," as stated by Hans-Joachim Kamp, Chairman of the Supervisory Board of the IFA organizer, gfu Consumer & Home Electronics GmbH.

“IFA has strengthened its role as the world's most important trade show in this anniversary year, with the tenth edition of Home Appliances@IFA. It just shows the extraordinary contribution of the event to the expected positive development in the global market for domestic appliances," says Dr. Reinhard Zinkann, Chairman of the ZVEI Association for Electric Appliances and CECED President.

"By bringing together the world´s great innovators, brands, technologies, products, entrepreneurs and media all in one place, IFA is the most efficient platform to tell your story worldwide – whether you are a start-up or a long-established brand," says Dr. Christian Göke, CEO of Messe Berlin. “We are extremely happy with the enthusiasm and energy shown by all our exhibitors." 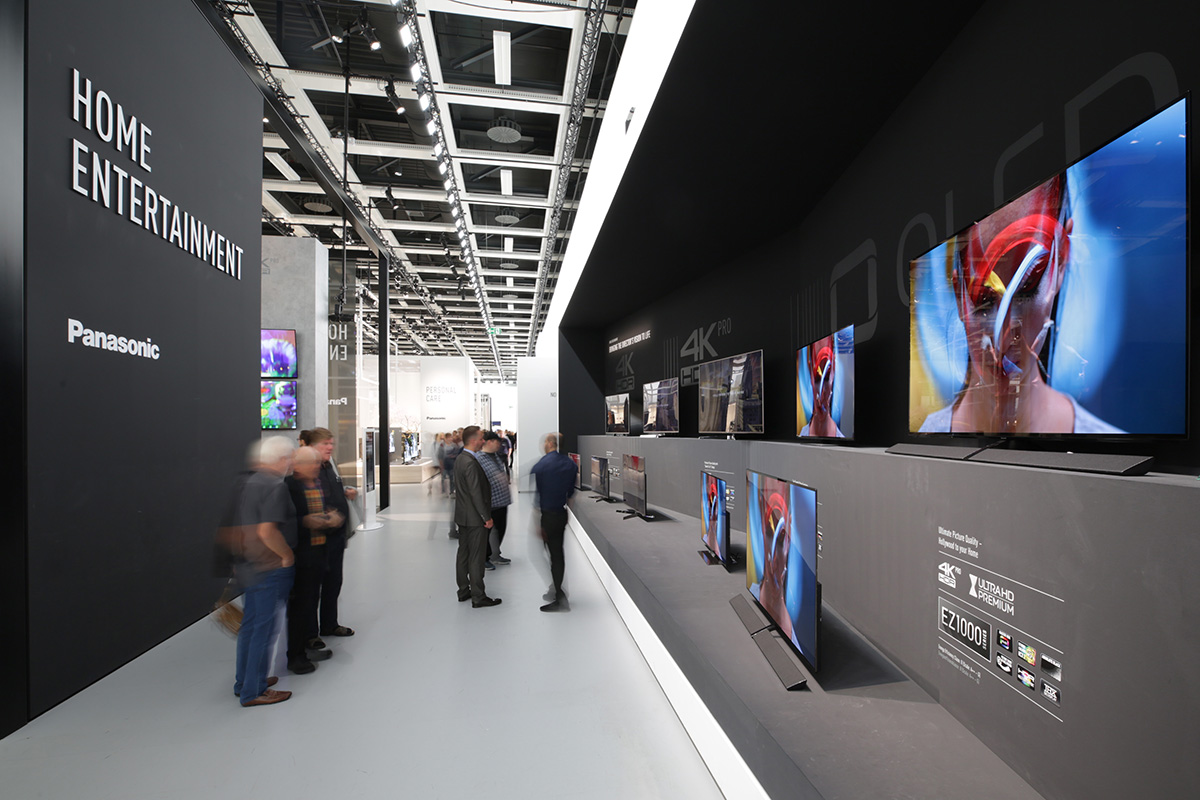 Exceptional global awareness
Journalists from more than 70 countries came to Berlin to report on the flood of new and innovative products and technology trends shown this year at IFA. Jens Heithecker, IFA Executive Director, said: "IFA is the global powerhouse for innovation, and the volume of media coverage around the world just serves to underline IFA’s global importance. In 2017, we welcomed 6,000 journalists here in Berlin, and nearly 2,800 came from more than 70 countries."

This year also saw a huge success for IFA Global Markets, which brings together OEMs and ODMs at one location in the heart of Berlin, in what is now Europe’s largest sourcing and supply chain event for the consumer electronics and home appliances industry. The CEO of Messe Berlin, Dr. Christian Göke, described the event as "absolutely impressive". "This year, IFA Global Markets truly made a quantum leap, both in terms of size and quality," he said.

"Our exhibitors are thrilled," says Zhang Jing, director of the Chinese Chamber of Commerce, who supports 150 IFA Global Markets exhibitors. "Just an hour after the opening, my exhibitors already had some of the biggest and most important customers at their booths," she said.

Changwoo Yoon, senior researcher at the Korean Electronics and Telecommunications Research Institute praised the high quality of the event: "Last year, we gained a large company from China as an important customer. IFA Global Markets is an opportunity for us to meet global companies all in one space."

With IFA Global Markets, the growing B2B segment of OEM / ODM manufacturers has an exclusive new home at STATION Berlin. Compared to last year, the size of IFA Global Markets doubled, and still the event was fully booked. 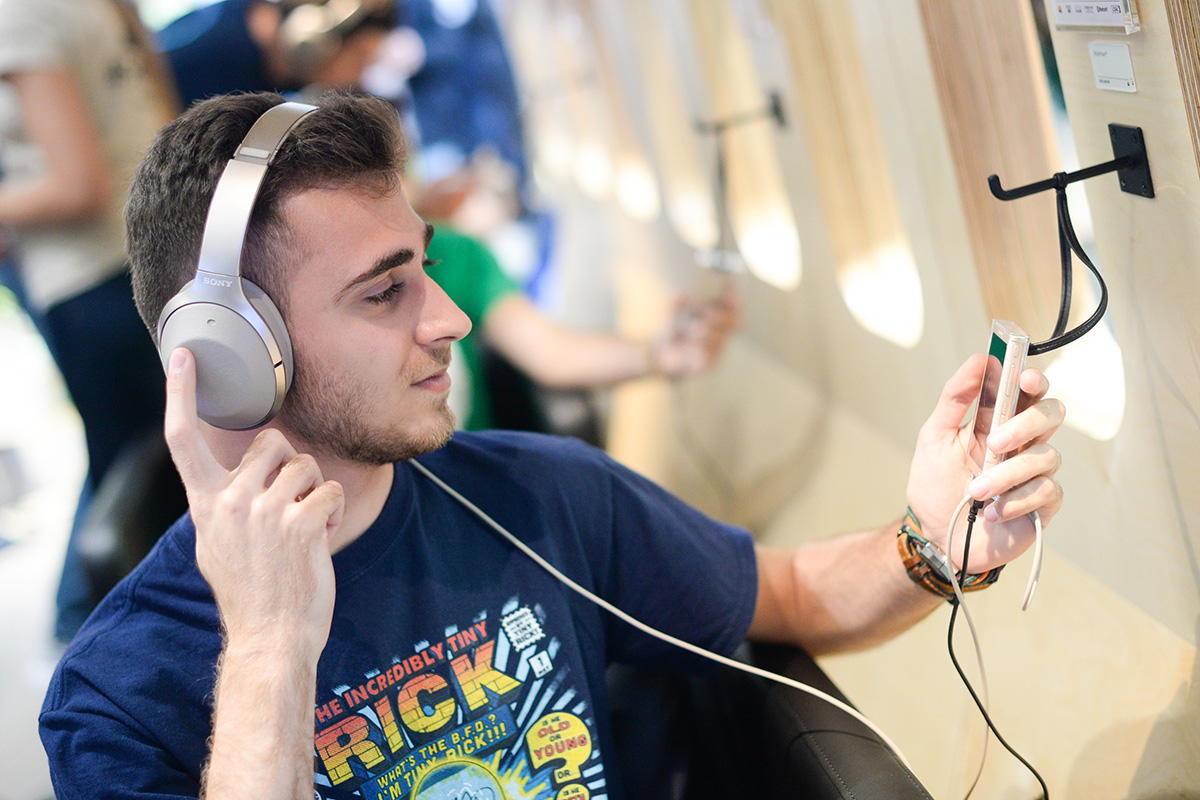 Sensational Kick-Off for IFA NEXT
However, the biggest success was arguably delivered by a new concept - IFA NEXT, which exceeded all expectations. From the very first day, IFA's new innovation hub was hugely popular with all visitors, bringing together a full range of 130 start-ups, 70 companies, as well as industry alliances, organizations and research facilities.

IFA NEXT benefited from the fact that it was based right next to the venue for all IFA Keynotes, the IFA + Summit congress as well as IFA guest conferences. The layout of the new venue gave the event an extra boost, making IFA NEXT an attractive location for both exhibitors and visitors. The open layout of the hall, with clear paths leading to the stage at its center, together with the modern, modular design of the stands, all contributed to the overall impression that this was a marketplace for ideas and the perfect meeting point for a lively community of innovators. Many international encounters, together with visits by ambassadors from Japan and Korea, and leading politicians and business leaders provided plenty of buzz for all at IFA NEXT. The great feedback from journalists also underlined that IFA NEXT is a fantastic platform for innovators of all sizes. 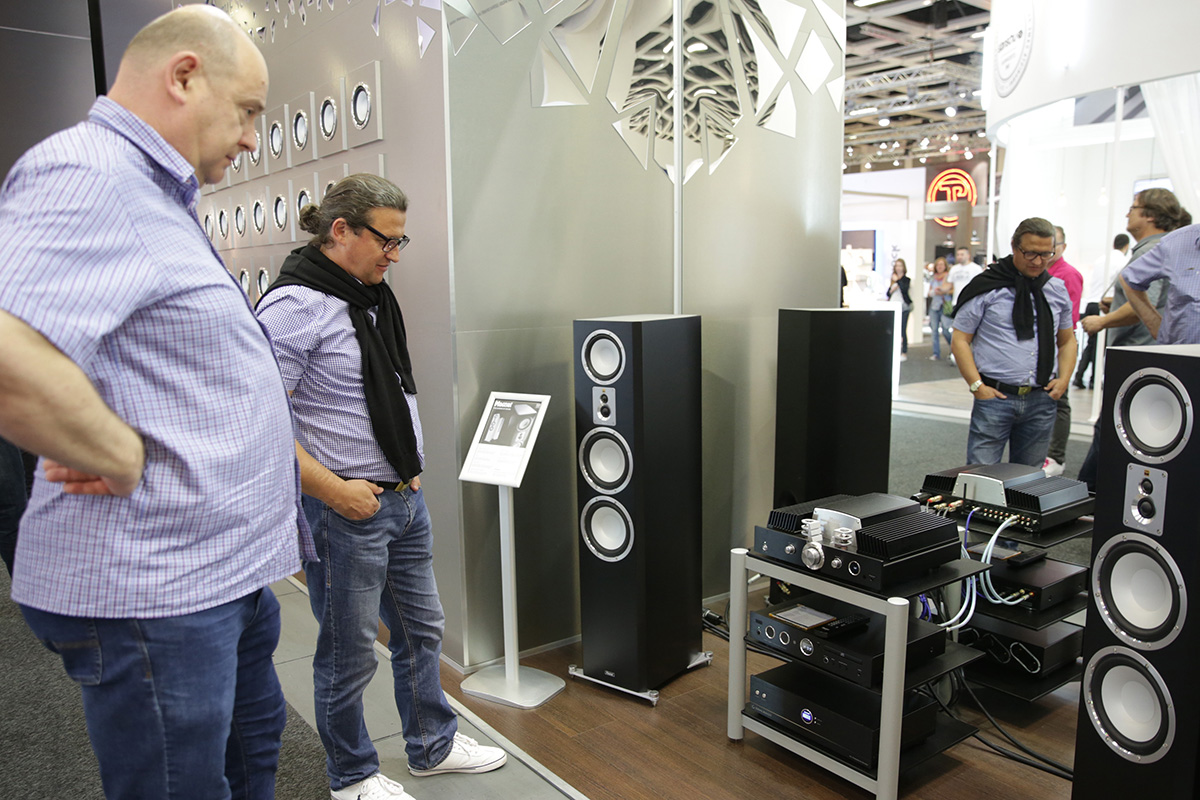