German audio technology pioneer Holoplot reported another successful demonstration of wave field synthesis technology at the Prolight+Sound 2019 show, with examples of its groundbreaking "more than beamforming" conferencing and retail-oriented ORION Series solution. Along with extensive showcases of its current products, the company was an enthusiastic participant in the event's education program, with Head of Applications Emad El-Saghir giving two well-received presentations.


Holoplot is a company from Berlin, promoting products that offer radically new opportunities for applying and controlling audio in various applications, as well as the creation of true immersive sound experiences. The system uses wave field synthesis technology components, but the company has developed its own configuration and approach to making the system scalable and applicable to a large number of use cases, enabling sound engineers to work in what the company defines as "new dimensions of sound reinforcement." 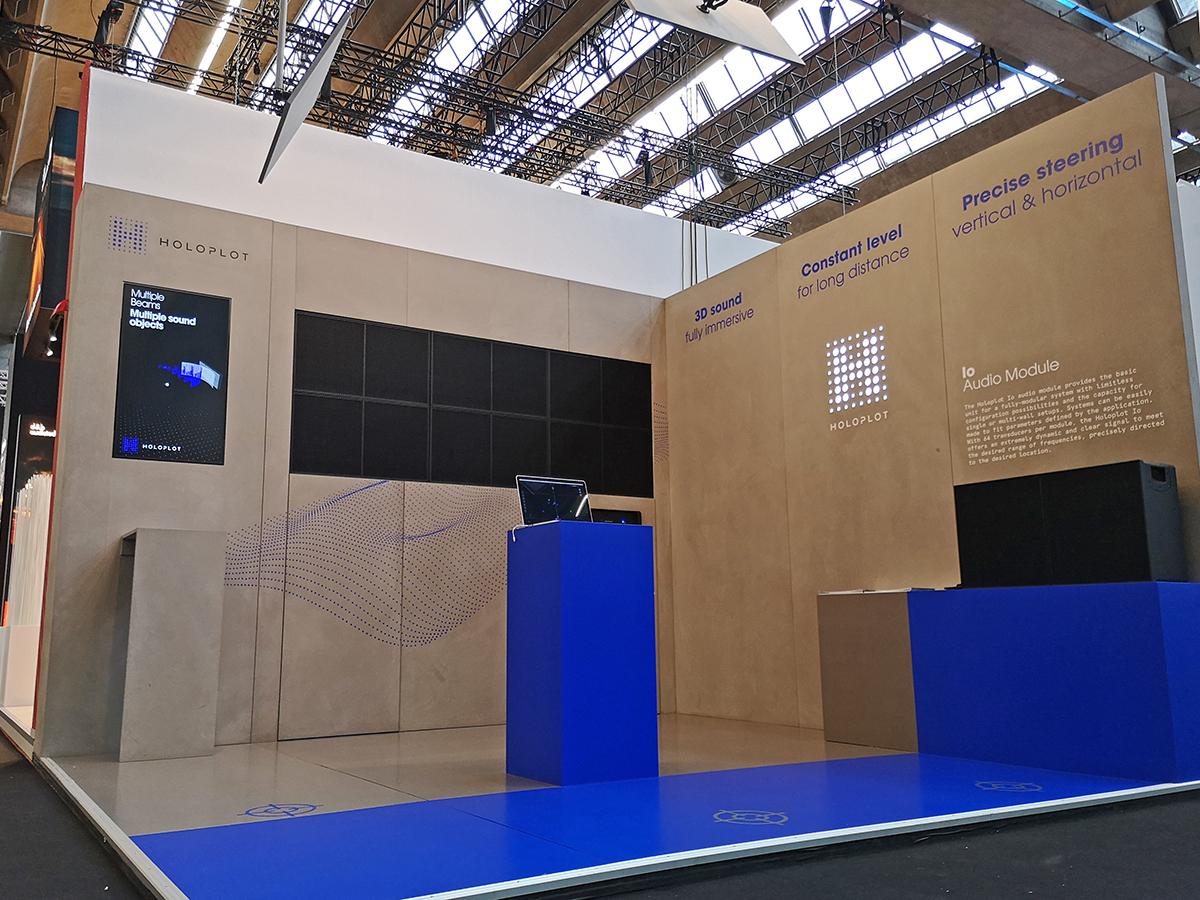 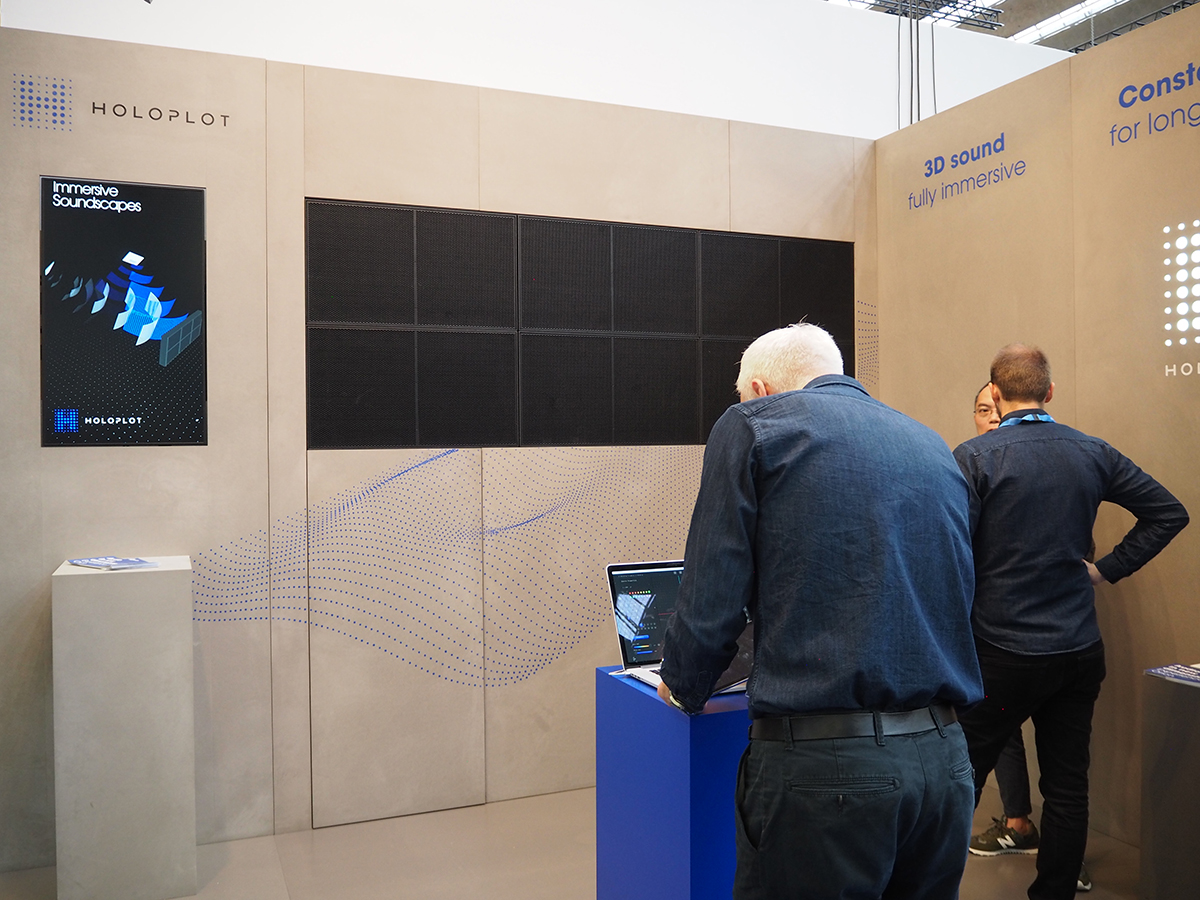 Using knowledge from over 10 years of research, the Holoplot approach is able to generate different and more efficient audio wavefronts, ranging from spherical to cylindrical and planar. This results in the fact that the system’s audio beams can be controlled precisely on vertical and horizontal axis, generating sound fields at constant levels over long distances. The system provides an incredibly powerful toolset to solve many acoustical challenges, deliver highest speech intelligibility even on distances above 100m from the system, but also allows the design immersive sound fields. 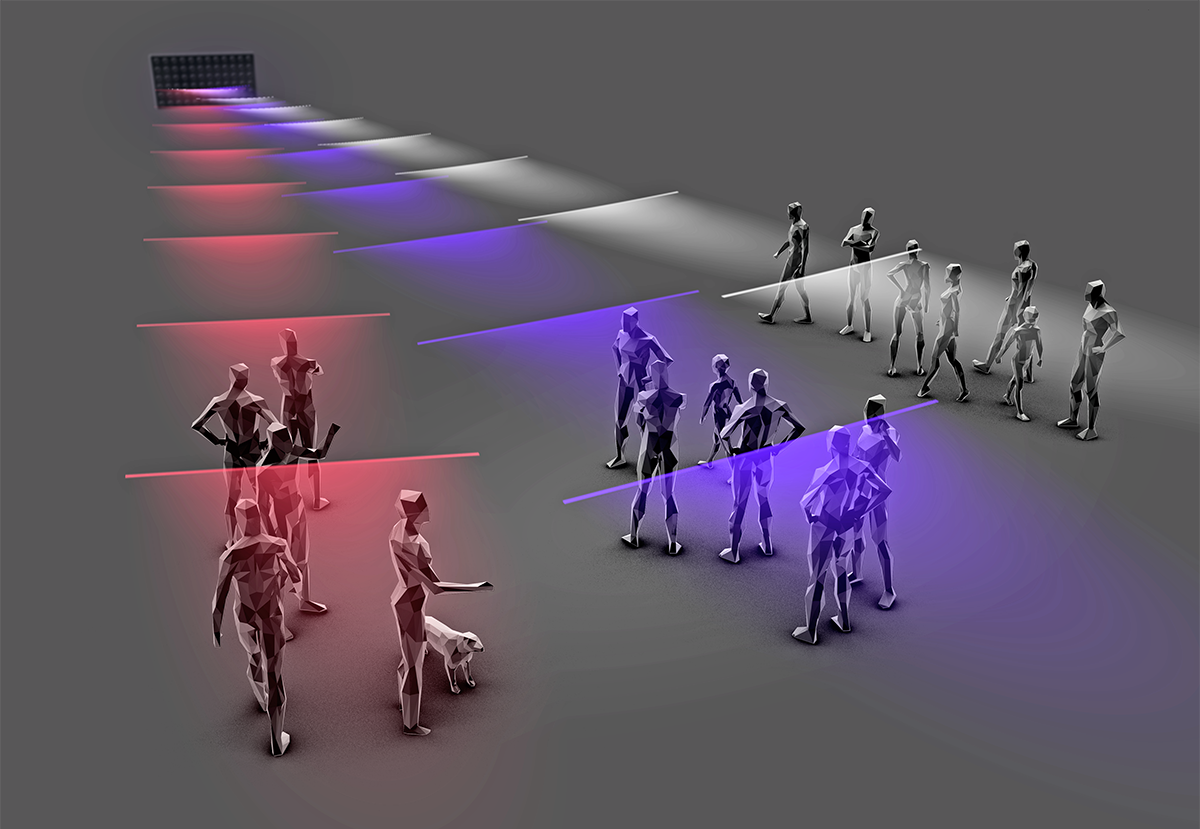 The Holoplot reference installation can be seen in action precisely at the Frankfurt Central Station, an acoustically very challenging environment, where the company has proven that STI measurements of 0.75 and higher can even be achieved in a distance of 200 meters from the audio system, with very constant levels. The company's ready to use modules in the ORION series consists of audio modules, a processing core, and a software interface.

In "Employing room acoustics not loudspeakers to craft unique immersive soundscapes", (Immersive Technology Forum, April 3), El-Saghir addressed the potential of Holoplot’s wave field synthesis technology to help shape creative sonic experiences by working with the acoustics of a room. By taking this approach, El-Saghir explained, it is possible to design immersive soundscapes through the use of a central loudspeaker array and the harnessing of room reflections. 3D directivity control and the accurate positioning of sound objects in space give rise to numerous creative opportunities, and several of these were explored during the well-attended presentation. 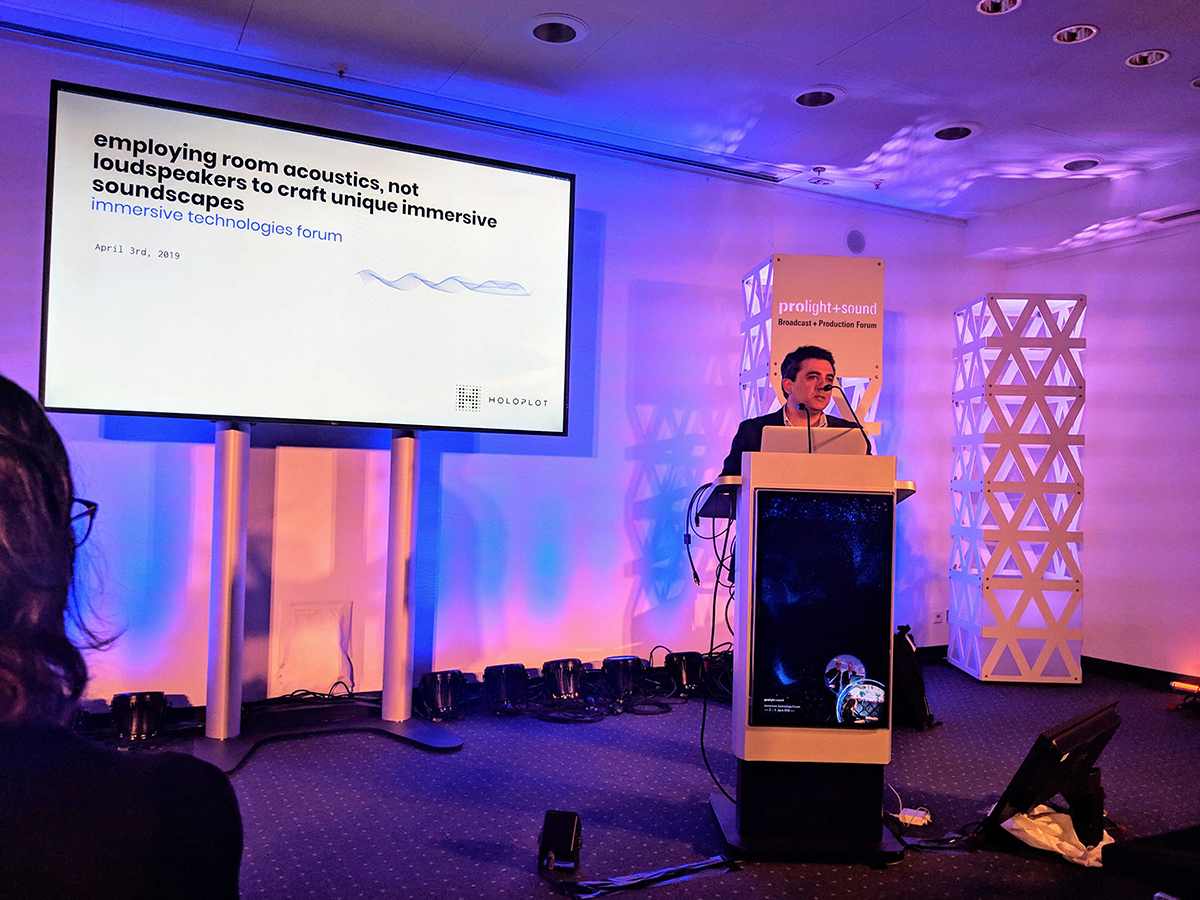 El-Saghir’s second session considered the topic of "The next level of sound reinforcement: even coverage and unprecedented illegibility to the last row" (April 4). This presentation took place as part of the CAVIS series of seminars, previously known as the Manufacturers’ Forum. Achieving a pleasing and fully intelligible listening experience for attendees throughout a public facility is a priority for sound designers and consultants around the world. In this session, El-Saghir demonstrated how Holoplot’s 3D directivity control and wave field synthesis technologies can deliver improved coverage and help maximize STI values throughout an entire audience space, with particular reference to speech-heavy events such as conferences. As El-Saghir remarks, “the goal of Holoplot is to make every seat, the best seat in the listening area.”

In conjunction with the two presentations, at its own booth, Holoplot held demonstrations of its flagship ORION Series solution throughout Prolight+Sound 2019. Developed to allow designers to bring the benefits of wave field synthesis to any installation in a modular way, the ORION Series comprises a software interface, Orbit, which is used to position sound sources precisely in space, along with two items of hardware: the Io module, which is an active loudspeaker having 64 transducers; and the Eta core, which processes the audio signals and masterminds Holoplot’s wave field synthesis engine.

"Collectively, the ORION Series products provide a tool which introduces a new level of control, flexibility and precision, especially when it comes to the creation of intelligible speech or mind-blowing, unique immersive audio experiences. Once again, we were delighted by the positive reaction that we received to the ORION Series solution throughout Prolight+Sound, both at our booth and during Emad’s presentations,” says Roman Sick, CEO, Holoplot.

The core markets for Holoplot includes conferences, retail facilities and experience centers, where it can be used to craft compelling immersive soundscapes for more creative and interactive consumer experiences. In addition to these core markets, Holoplot is continuing to explore new opportunities for its family of technologies in museums, entertainment venues and other public spaces.

“Prolight+Sound is an important show for us to share our insights and discuss the industry’s application challenges with other professionals,” says Roman Sick. “The special characteristics of our technologies benefit from detailed demonstration, and we were delighted to have the opportunity to do just that via both our forum presentations and on-booth sessions. The result is that even more people now understand the tremendous benefits of wave field synthesis and 3D directivity control for applications including conferencing and retail, and we look forward to following up on the many new leads generated at the show over the next few months.”
https://holoplot.com
related items