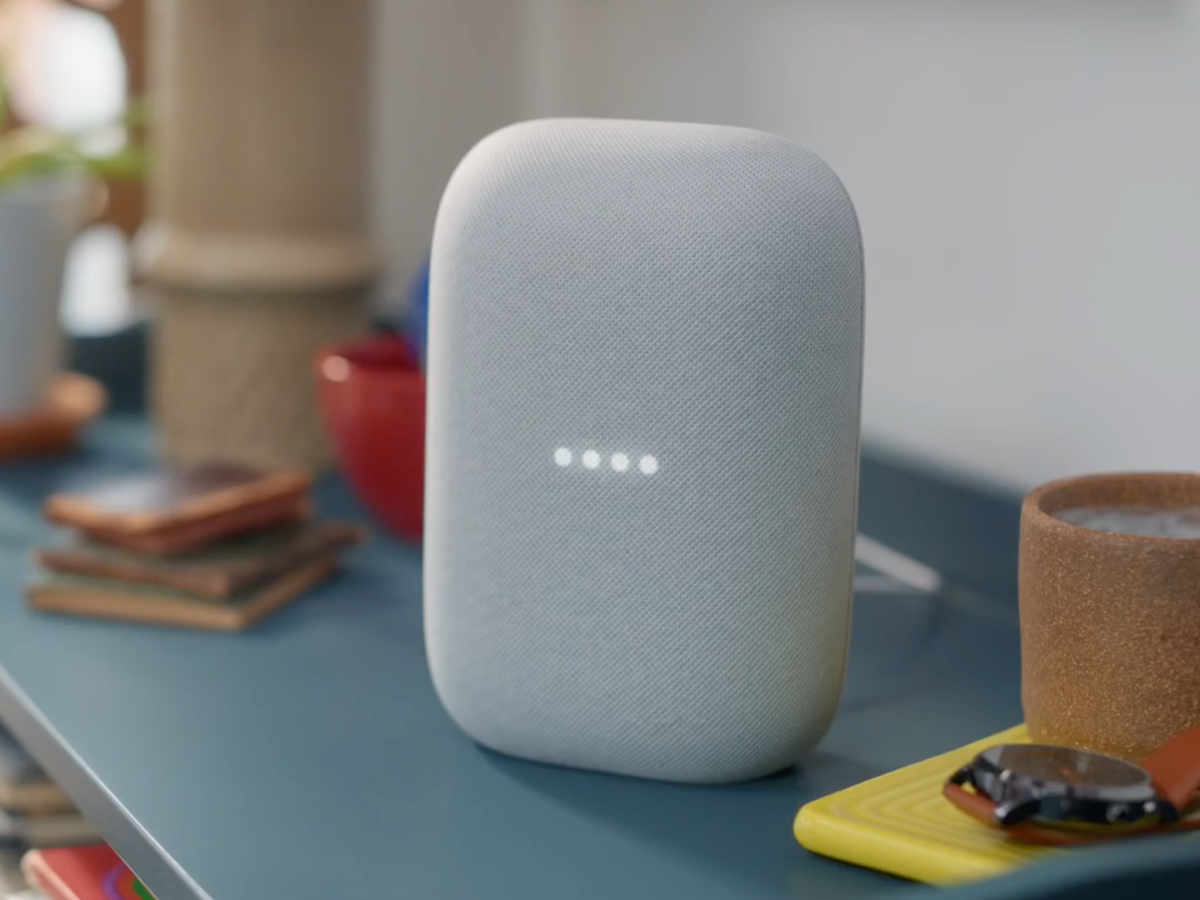 For those less familiar with the Googleverse, Google Nest is a brand used by the company to market smart home products. The Nest brand name was originally owned by Nest Labs, the designers of the Nest Thermostat. Google acquired Nest Labs in 2014, expanded its engineering team in Seattle and finally merged the company into its home-devices unit, in 2018. Last year, Google confirmed that all Google Home electronics will now be marketed under the brand Google Nest. So, the Google smart speaker is now called Nest Audio.

So, following the trend, the new Google Nest Audio smart speaker was designed for music enjoyment, apart from everything else that a connected Google device does. And this one does a lot more, thanks to a quad-core ARM Cortex-A53 processor, Bluetooth 5.0 and Wi-Fi 6 connectivity, among other core things. 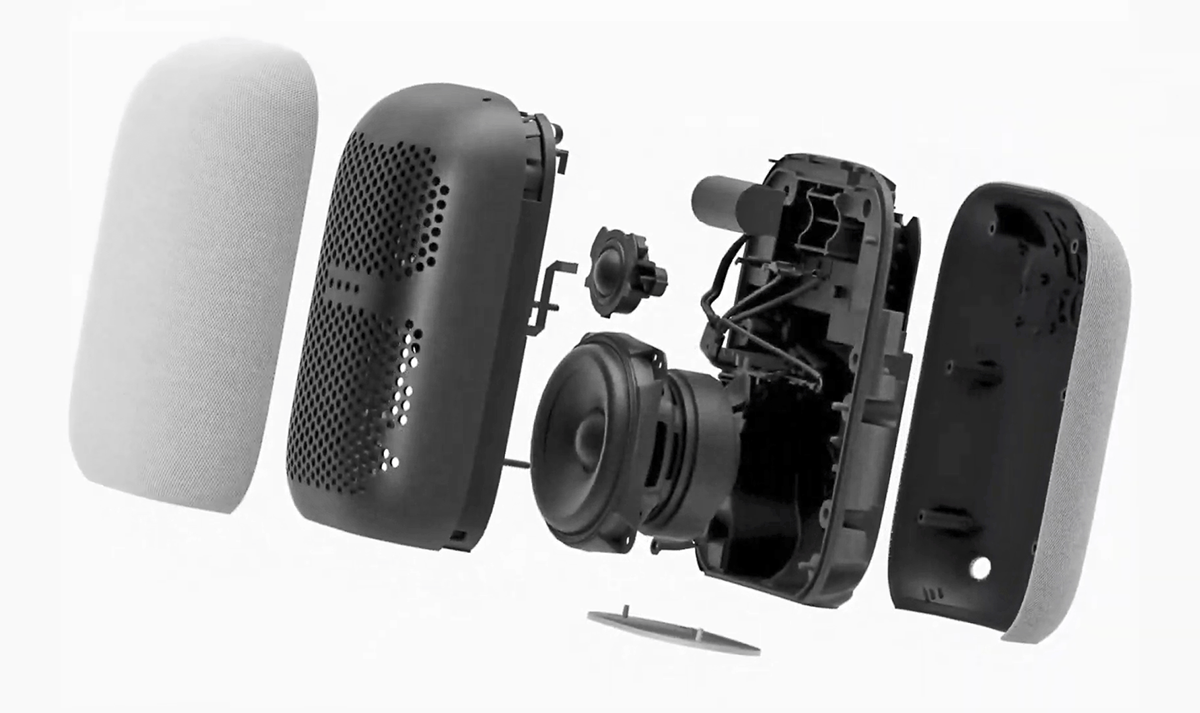 But focusing first on what we learned about the electroacoustic design, the Nest Audio is 75 percent louder and has 50 percent stronger bass than the original Google Home. According to Google's Mark Spates (Product Manager, Google Nest), measurements of both devices were taken in an anechoic chamber at maximum volume, on-axis, to confirm the results. And this is thanks to the fact that the Nest Audio features a custom-designed 19mm (0.75") tweeter for consistent high frequency coverage and clear vocals, combined with an also new 75mm (3") mid-woofer that really expands the bass.

All drivers face in one direction, in clear contrast with the more recent omnidirectional spherical designs from Amazon and other "round" smart speakers. The speaker sound is described as "full, clear and natural," after the team completed more than 500 hours of tuning so that no frequencies were lacking or overbearing and to minimize distortion at higher volumes. 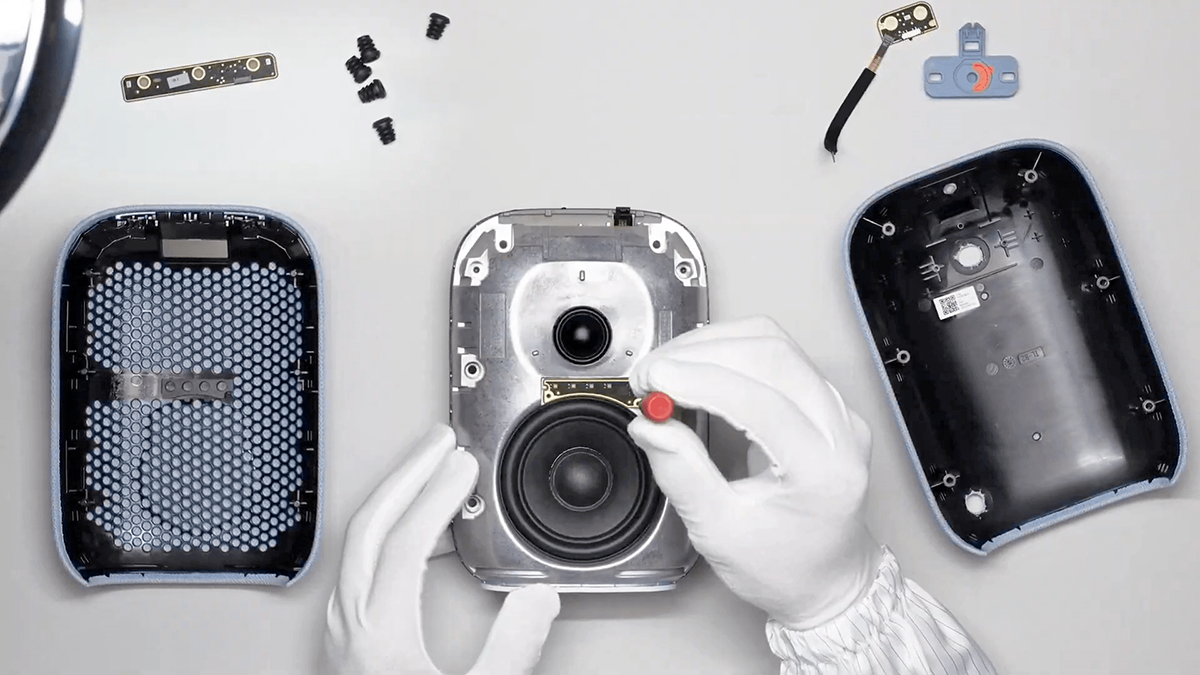 The Nest Audio has a slim profile and, in order to maximize audio output, Google custom-designed not only the drivers but also the whole enclosure to squeeze out every bit of sound possible. "The custom-designed tweeter allows each musical detail to come through, and we optimized the grill, fabric and materials so that you can enjoy the audio without distortion," Spates explains.

"Our goal was to ensure that Nest Audio stayed faithful to what the artist intended when they were in the recording studio. We minimized the use of compressors to preserve dynamic range, so the auditory contrast in the original production is preserved —the quiet parts are delicate and subtle, and the loud ones are more dramatic and powerful," he adds

The Smart Part
But any connected speaker needs to have a brain, and the Nest Audio uses all its power in that domain also to adapt the speaker's frequency and loudness response to the acoustics and the placing. The "Media EQ" feature enables Nest Audio to automatically tune itself to whatever the user is listening to: music, podcasts, audiobooks or even a response from Google Assistant. And the "Ambient IQ" feature lets Nest Audio also adjust the volume of Assistant, news, podcasts and audiobooks based on the background noise, so users can hear the weather forecast over a noisy dishwasher. 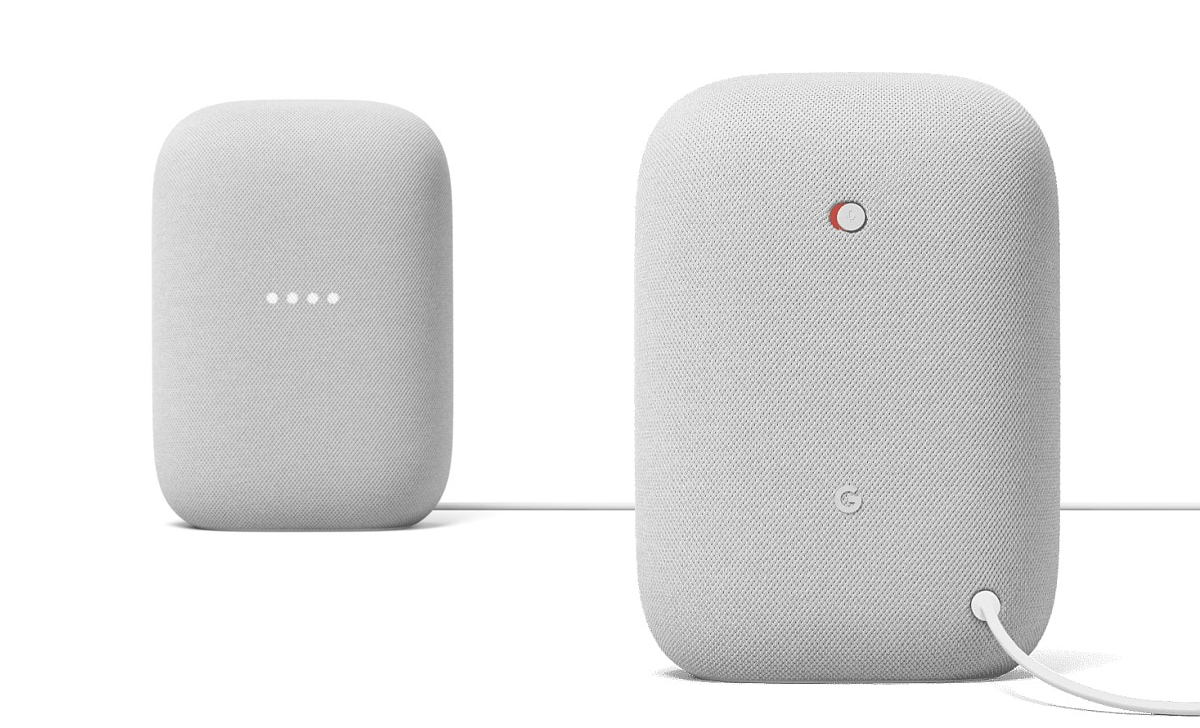 For users who have already a Google Home, Nest Mini or even a Nest Hub, the Nest Audio can be turned into the center of the whole home sound system. If users have more than one Google Home and a Nest smart speaker or display, they can set up a speaker group in the Home App and transfer music from a single speaker to the speaker group to fill the whole home with music. And two Nest Audio speakers can be configured as a stereo pair for left and right channels, while all the remaining Google devices can be used grouped for all whole-home audio. The multi-room control now allows to dynamically group multiple cast-enabled Nest devices in real time.

What is also new is the stream transfer feature, that allows moving music from one device to the other with a natural language voice command (“Hey Google, move the music to the living room speaker”). This can also be done in the Google Home app or a Nest smart display touchscreen. With this feature, users can also transfer music or podcasts from a phone when they move out of the car and get home. Stream transfer is compatible with YouTube Music, Spotify, Pandora, and more services and also supports the latest Chromecast solutions.

But getting back to "the brains", the Nest Audio speaker inherited the same dedicated machine learning chip that was previously developed for the Nest Mini. The new embedded dedicated AI chip with up to one TeraOPS of processing power (that's one trillion calculations per second), allows supporting a big part of the Google Assistant experience directly on-device, instead of just relying on the cloud. This way, the Nest Audio will be able to recognize and support the most common music-related commands and respond two times faster than the original Google Home. It also interacts with smart home controls, even with products from other compatible brands.

Nest Audio will be available for $99.99 in five "pale" colors and the design and manufacturing takes care of the sustainability requirements. The Nest Audio is covered in sustainable fabric and the whole enclosure (meaning the fabric, housing, foot, and a few smaller parts) is made from 70 percent recycled plastic. Availability online will start October 5 in some regions, with general availability in retailers and more 21 countries starting October 15, 2020.
www.google.com
related items