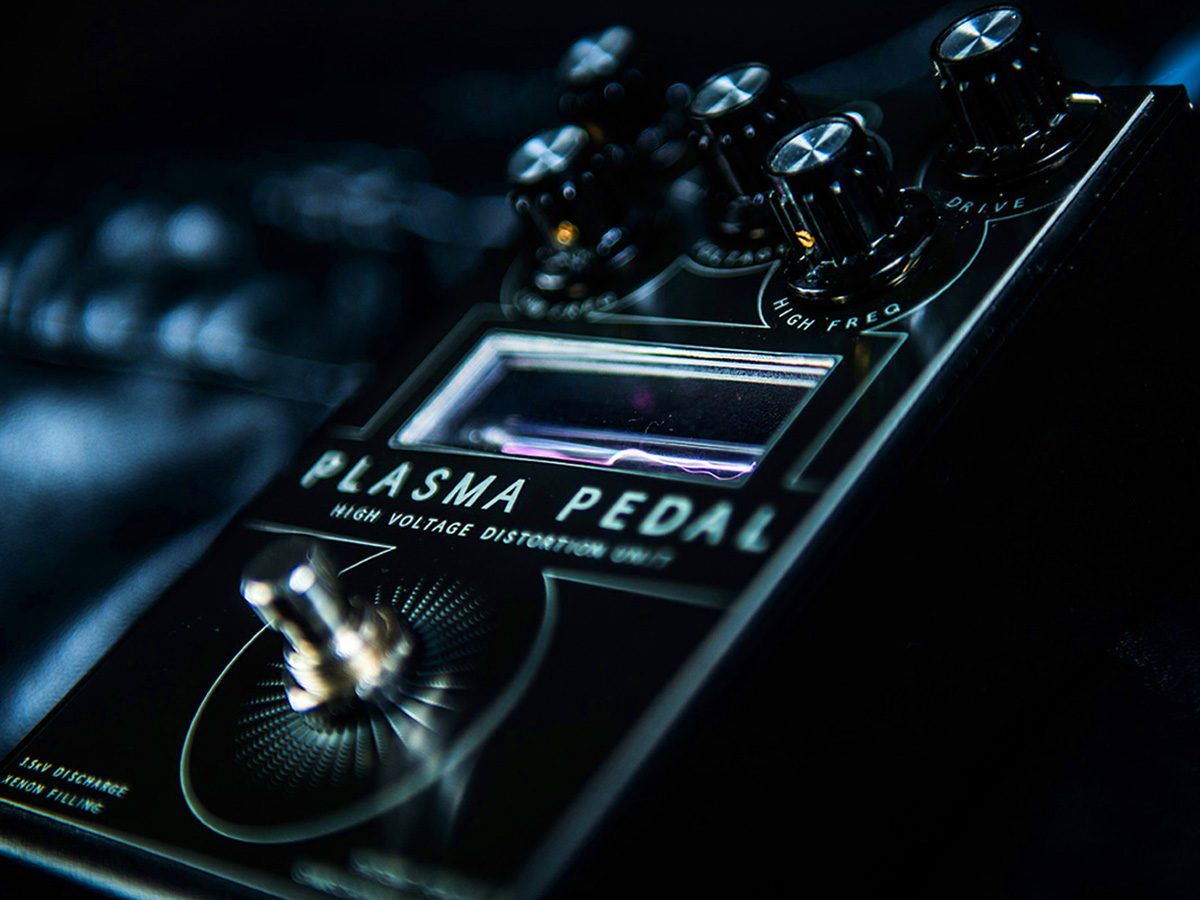 The intriguing PLASMA Pedal was first unveiled in January 2018, at the Winter NAMM show where it received wide critical acclaim from the industry's leading gear experts and countless professional musicians. Everyone that tried it didn't hesitate to confirm it as "a new chapter in the evolution of overdrive, distortion and fuzz effects," as Gamechanger Audio described the stompbox unit.

The design of the PLASMA Pedal is the reasons why it sounds completely fresh and exciting. Instead of using traditional LED circuits, transistors or vacuum tubes to produce overdrive, the PLASMA Pedal transforms an instrument's live signal into a series of continuous high-voltage discharges within a xenon-filled tube. In essence - we are playing a bolt of electricity, and the electrical discharges produced by the instrument are instantly converted back into an analog audio signal, producing a quick, responsive, and extremely heavy distortion. High Voltage Rock and Roll, indeed! 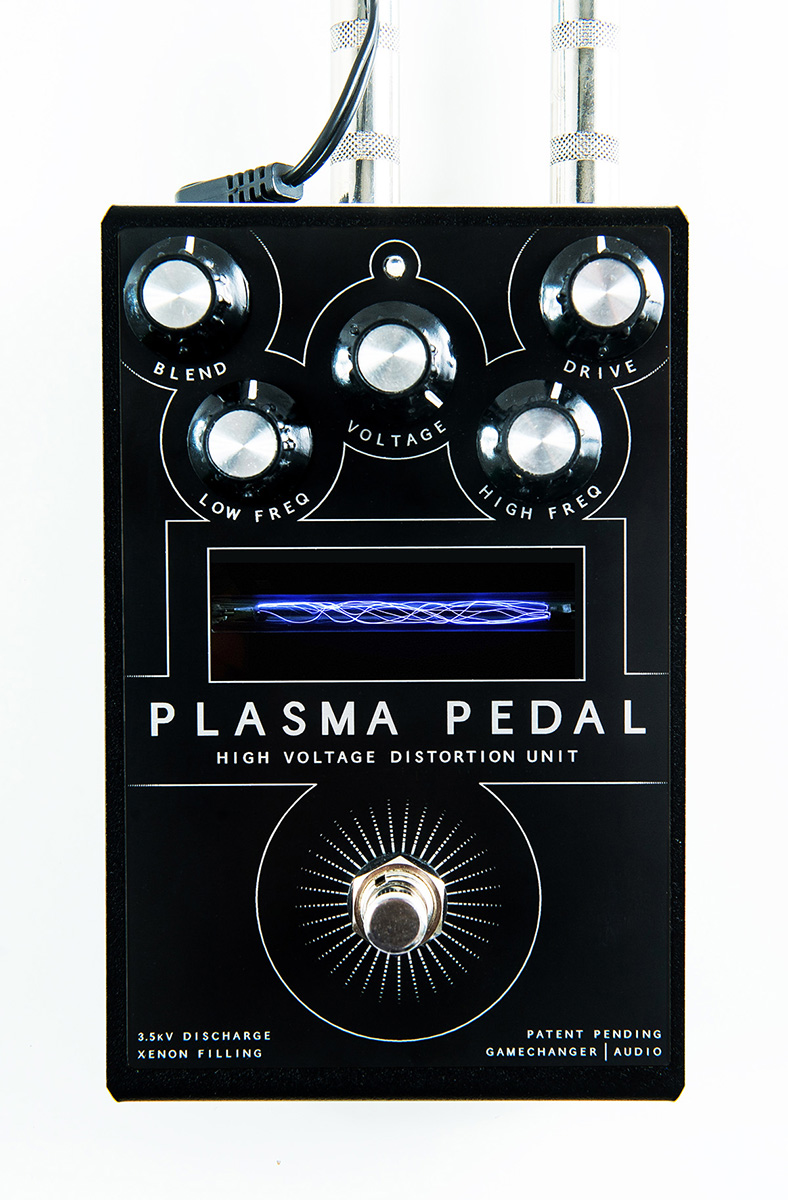 The invention of overdrive in music in the 1950s is what started rock music as we know it. The way an overdriven instrument sounds has as many variations as there are songs, all to suit our musical tastes, and all of them achieved with either valve overdrive or solid-state distortion. Now, Gamechanger Audio introduced a third major approach to analog distortion, by turning the incoming signal into a series of high voltage plasma discharges inside of its special gas-filled tube.

The Plasma Pedal creates very heavy, yet transparent distortion with tons of unique character and lightning-fast dynamic response. The exciting sound is the direct result of actually playing a bolt of electricity, while the beautiful open design allows the user to observe the electrical discharges directly in the unit - which is of course a very welcome and encouraging visual effect.

As important as the distinctive sound effect, the pedal creates a natural noise gate since it will not produce any output signal when the signal chain is broken. This feature allows achieving extreme contrasts between individual notes, by eliminating all of the in-between noises created by the intsrument's pick-ups or by humming strings. It also creates a large amount of non-linear harmonic saturation that causes extremely rich and responsive attacks, and brings out screechingly sharp overtones and harmonics. These harmonic artefacts, produced as a by-product of the high-voltage discharge are uncommon in traditional signal amplification. 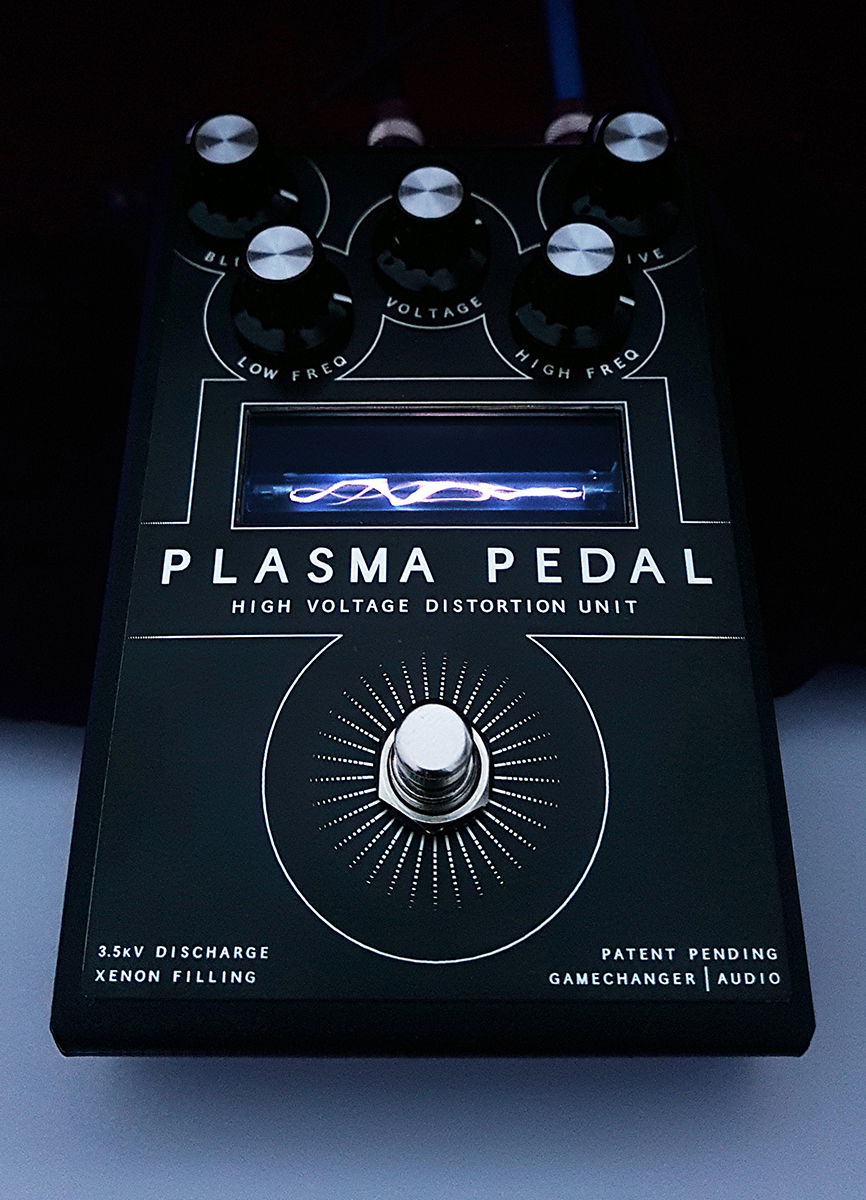 Gamechanger Audio's campaign on Indiegogo was successfully funded in just the first hours after being online and the try-before-you-buy project under plasmapedal.com is obviously an important contribution. As part of their crowdfunding campaign, Gamechanger Audio created an online testing platform which allows anyone to upload a sound sample, dial in their desired settings using a set of remote controlled electric motors, and hear and see their track being turned into high voltage distortion via Youtube Livestream. Take the live test drive of the PLASMA on plasmapedal.com

This is the second product launched by Gamechanger Audio. The company received public acclaim with their debut product PLUS Pedal - a piano-style sustain pedal, released on pre-order in January of 2017 and shipped to customers within 7 months. The first PLASMA Pedal batches are scheduled to ship in August 2018.  The first 250 units will be priced at USD $129 (shipping Worldwide, all taxes included for US and EU customers), the next 500 units will be priced at USD $159, and estimated retail will be $299.

Gamechanger Audio was founded by four friends committed to exploring the uncharted territories of music electronics and creating devices that provide real value while stretching the imagination of both musicians and engineers. "There has never been a pedal like this on the market" say the pedal's creators, "and we are certain that PLASMA Pedal will inspire players, producers and engineers to reimagine what can be done with distortion."