The heart of any preamplifier is the volume control. If not executed properly, it can cause left/right channel imbalances and introduce subtle but tangible distortions at low volume. For this reason, Luxman created the highly regarded LECUA attenuator system. The CL-1000 refines that concept with LECUTA, the Luxman Electronically Controlled Ultimate Transformer Attenuator (see photo below).

The Volume knob is a 34-step rotary switch that triggers 34 relays, located completely outside the signal path. In turn, the relays activate 34 taps on matching left and right transformers. These transformer taps set the volume in carefully calibrated steps. Because transformer cores can influence sound quality, Luxman engineers selected FineMet core material from Hitachi Metals. This has a unique nanocrystal structure for high saturation flux density, high relative permeability and low core loss. As a result, the CL-1000 delivers better sound, even at low volume. 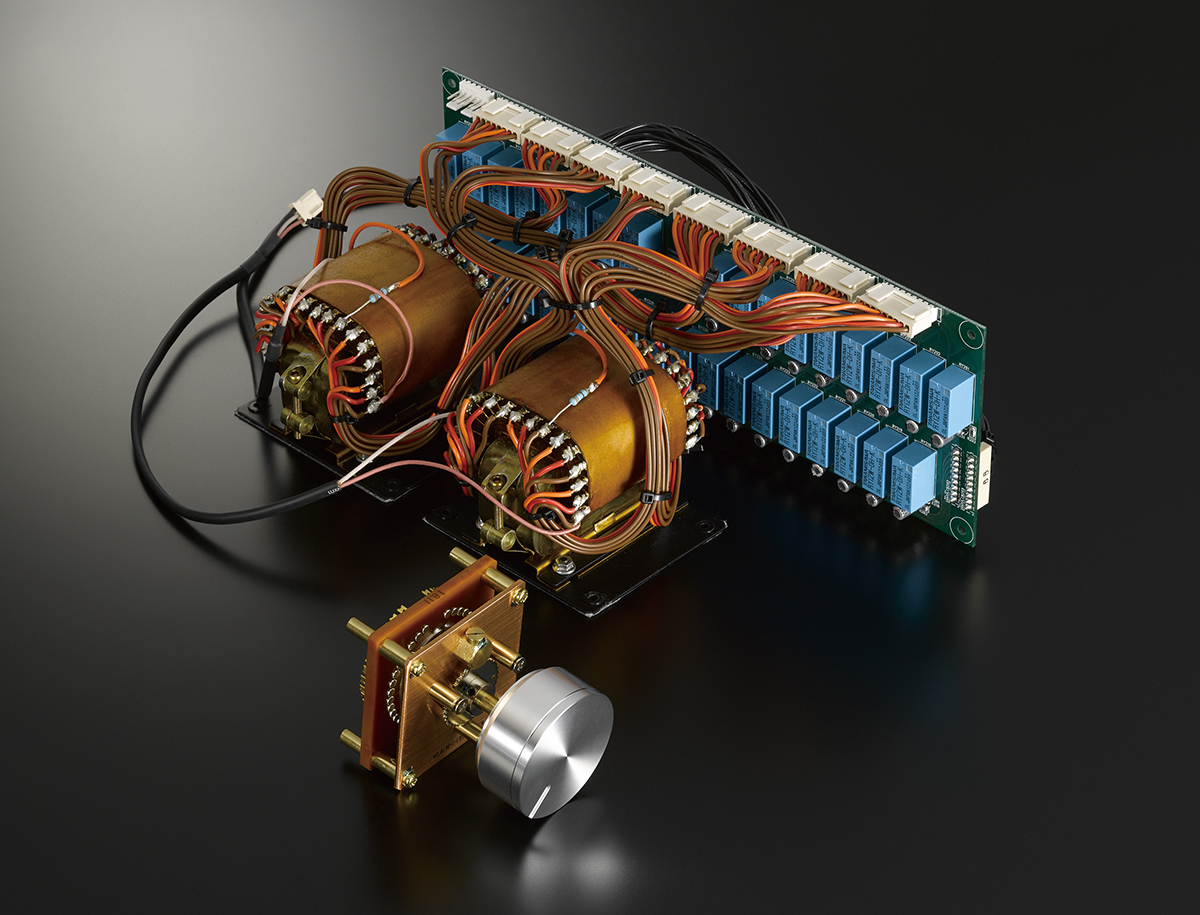 "While some are rediscovering the magic of vacuum tubes, Luxman has been making tube audio components without interruption since the company’s earliest days. The CL-1000 embodies this expertise, complete with refinements to take vacuum tube audio a major step forward," the company states. Because transformers can have a profound impact on vacuum tube audio quality, Luxman chose an input transformer with a high-permeability Super Permalloy core. And the CL-1000 uses two-stage PK NF amplification, with both the attenuator driver and the output stage built with tubes from JJ Electronic.

Luxman’s deep experience with signal path transformers has revealed one downside: residual magnetic fields in the cores. For this reason, the CL-1000 oscillates and demagnetizes the transformer cores every time the owner turns on the power. For an even higher degree of sonic purity, users can perform manual demagnetization with the Articulator switch.

The CL-1000 accommodates both Moving Magnet and Moving Coil cartridges with an audiophile-grade phono preamplifier. Six-position switches on the rear panel enable users to optimize impedance and capacitance. To deliver the most demanding musical peaks without effort or strain, the CL-1000 power supply features large, independent left and right transformers and high-grade filter capacitors. 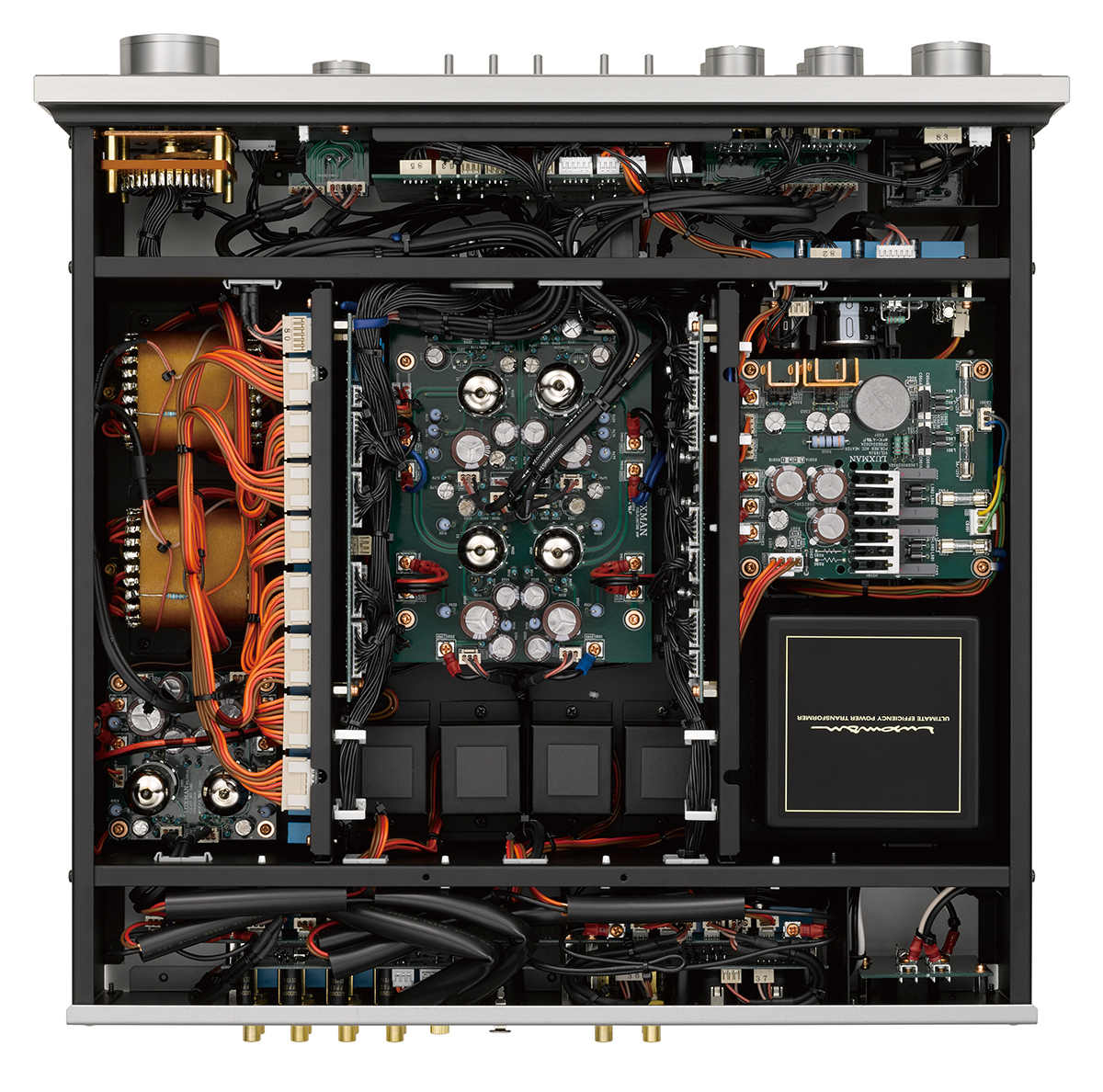 The chassis itself forms an anti-resonant container with internal partitions helping to reduce vibration further. For added protection, Luxman isolated the circuit boards from the main chassis with special rubber dampers. The RCA input and output jacks consist of an alloy that combines the conductivity of copper with the durability of brass. The AC input contacts are treated with non-magnetic nickel and plated with gold.

Luxman America, based in Ballston Spa, NY, is a subsidiary of Luxman Corporation of Yokohama, Japan. Luxman was among the world’s first consumer electronics companies, founded at the dawn of the radio age in 1925. When the audio industry moved en masse into transistor amplifiers, Luxman continued to create vacuum tube amplifiers without interruption. Landmark products include the SQ-5A vacuum tube integrated amplifier (1961), the PD-300 turntable with vacuum disc stabilizer (1980) and the DU-10 universal disc player for CD, SACD and DVD Audio (2001).

The CL-1000 complements the Luxman MQ-300 tube stereo power amplifier and will be available later October 2019 at a suggested retail price of $19,995.
www.luxman.com
related items