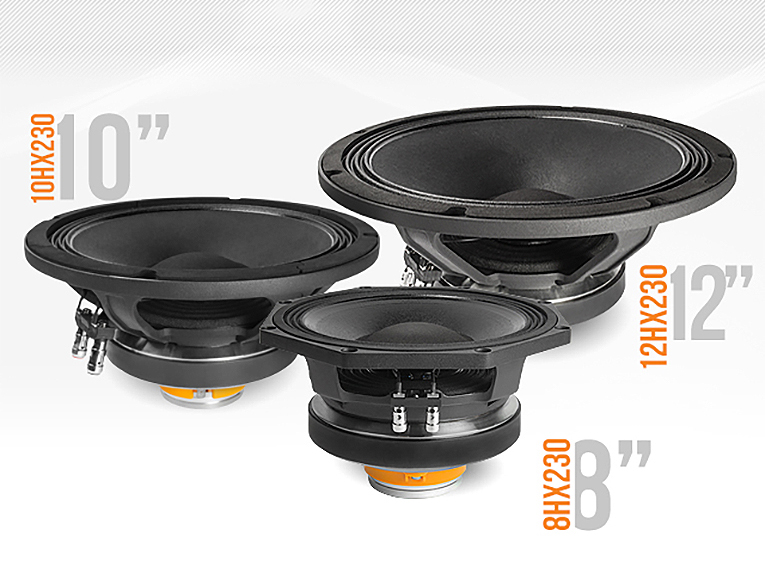 As Flavio Naggi, FaitalPRO Pro-Audio Division Manager points out, "These new professional coaxials are really a great product and, of course, thoroughly follow all high quality prerogatives needed by our range of professional speakers. Given the size and the coaxial configuration, they allow us to realize loudspeaker systems smaller in size if compared to solutions using two separate acoustic sources. In addition, coaxials are great to create stage monitors, near field speakers, hanging or ceiling installation solutions, in touring and in "general purpose" applications of the highest technical and qualitative level."

8HX230 - Coaxial Loudspeaker
The new 10HX230 and 12HX230 stand next to a product recently added to FaitalPRO's catalog, the 8XH230 8" coaxial speaker. With a weight of less than 5Kg, the FaitalPRO 8HX230 is within a small circle of top range products and, at a glance, it has been noted for some typical characteristics, starting with its specific angular dispersion, slightly higher than its similar models in the range.

Capable of optimizing multiple applications in a wide range of possible sound reinforcement and PA applications, where a reinforcement of low frequencies is needed, the 8XH230 features a 250 W power rating for the low frequencies and 30 W on the high section, similar to other coaxial 8" speakers. Its main strength resides in the slightly lower resonant frequency and in a slightly greater excursion as compared to similar 8" non-coaxial models, like the type 8PR155, explains FaitalPRO.

The 8HX230 is designed to cover the mid-high frequencies, and may optionally be joined by a further woofer for reinforcement on the lower range, 10", 12" or higher. The driver employs a 37mm Ketone Polymer diaphragm, with a cutoff frequency centered at 1.7 kHz. The 8" woofer also features a typical cone made of treated cellulose pulp, waterproof, with canvas edge.

10HX230 and 12HX230
The new coaxial 10HX230 and 12HX230 drivers are also positioned as top of the range drivers in the Italian company's catalogue. Capitalizing on the success of existing FaitalPRO's professional coaxial speakers in 8-inch format (8HX200, 8HX150), the company now decided to extend the offer to 10" and 12" models.

According to Flavio Naggi, these new 10HX230 and 12HX230 are able to offer distinctive features, including a very natural tonality and expanded frequency extension, which the audio industry is looking for. 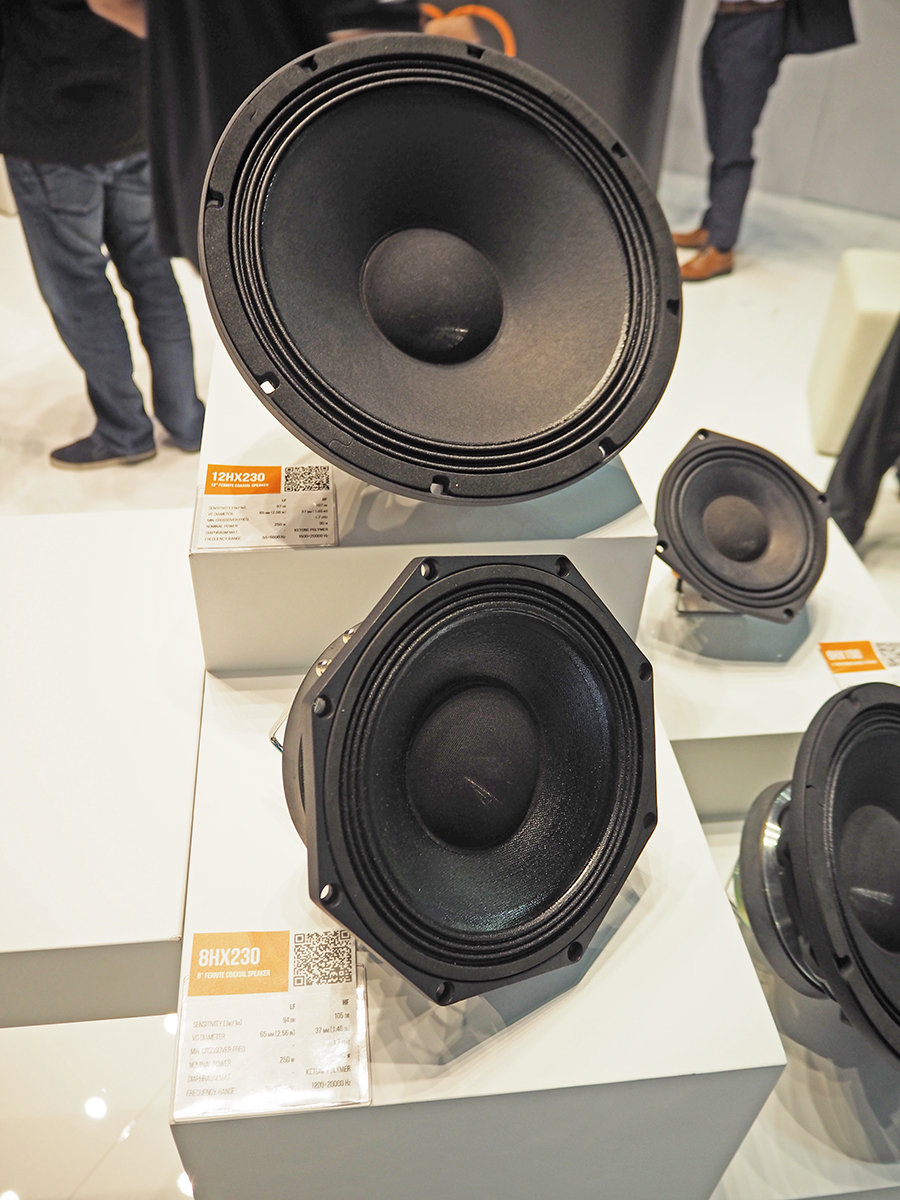 The woofers' ferrite magnetic circuit is common to the already successful 8HX230 model and less expensive, although obviously slightly heavier. A special housing holds the compression driver with a neodymium magnet. The two magnetic circuits are spaced about one cm from a plastic flange and FaitalPRO implemented an annular magnetic circuit with a 37mm (2.2") voice coil within the driver.

The company expects its OEM clients will appreciate the specific tonal characteristics in the reproduction of medium-high frequencies, as one of its outstanding qualities, combined with an ideal coupling with new larger, 10" and 12", cones. The moving coil is identical for both models; as is the magnetic circuit for the woofer section. Just the centering and the diaphragms are different. The small internal horn to the woofer coil which operates the first acoustic coupling on the 10HX230 and 12HX230 drivers features a diffraction design, while the one in the 8HX200 provides an "almost tractrix" profile.

The high frequency operation - that defines the directivity - of the two-new coaxials is also completely different from the 8HX200 model, and the angular coverage, on the horizontal and vertical planes, remains quite wide up to 8-10kHz, so as to generate an even greater dispersion.

The new full range coaxials boast 250W of power for the woofer section, 500 AES maximum, with 96 dB of efficiency (97 dB in the 12HX230 model), with a frequency response from 75 to 4000 Hz. The high frequency section is rated for 30W of power with 107 dB of efficiency, and a frequency response between 1.5kHz and 20kHz. Given the low weight of 4.1 and 4.3 Kg, respectively, FaitalPRO expects the new drivers will be highly appreciated for touring products.
www.faitalpro.com
related items