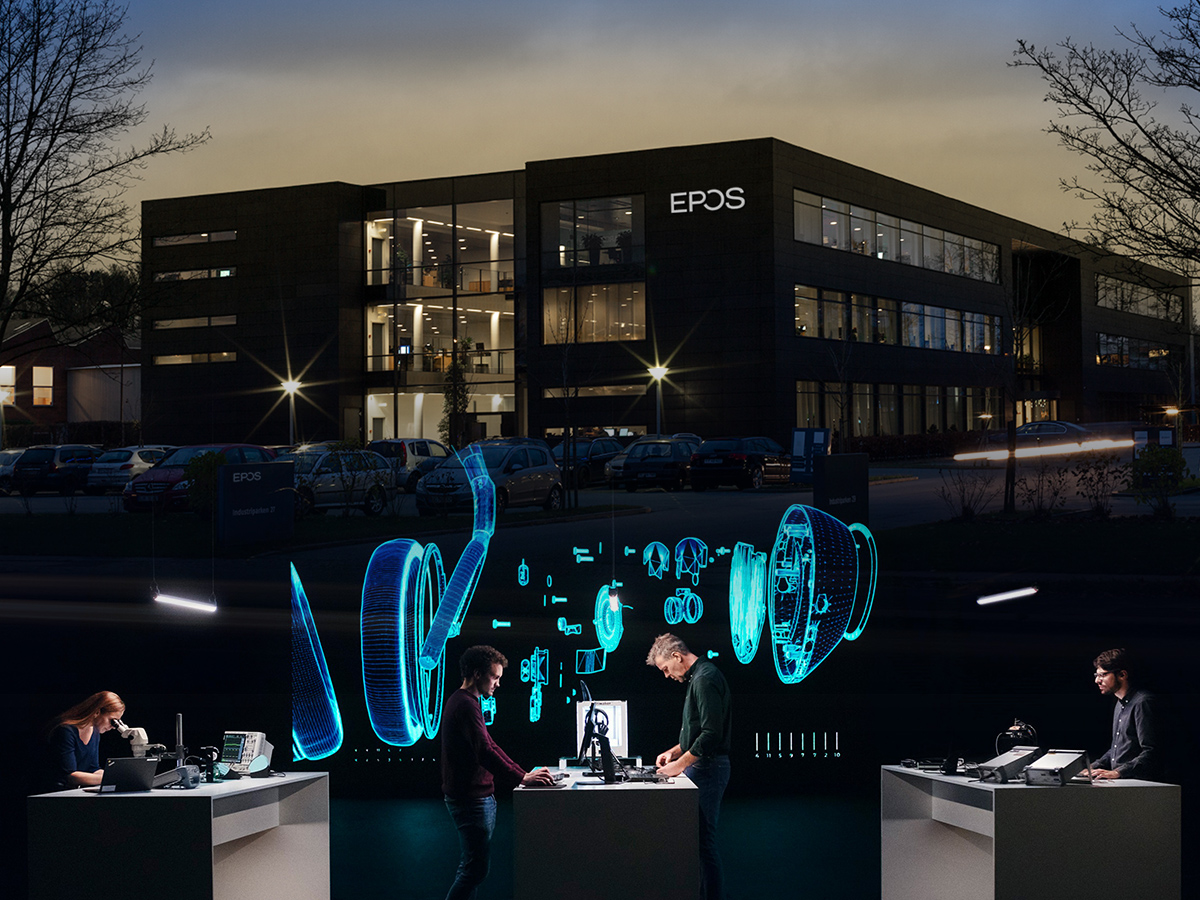 Following the successive joint venture agreements between Demant A/S and Sennheiser electronic GmbH & Co. KG, it was decided to evolve the initiative in new directions during 2020. Established since 2003, the joint venture in Sennheiser Communications, a 50/50 split ownership between Sennheiser and Demant (William Demant Holding A/S), has successfully developed and promoted Sennheiser branded portfolios of Enterprise Solutions, Gaming and Mobile Music headsets.

The formal end of the joint venture means that while the business segment of Mobile Music headsets will be now part of the Sennheiser Consumer business, Enterprise Solutions and Gaming headsets evolved as a new independent company, EPOS, under the direct management of Demant. EPOS will also continue to manufacture and sell the existing Sennheiser Communications portfolio for Enterprises and Gaming co-branded as EPOS | Sennheiser products, while introducing the new EPOS-branded portfolio, which was formally launched in November 2019.

With headquarters in Copenhagen, Denmark, EPOS operates in a global market with offices and partners in more than 30 countries. Its goal is to deliver high-end audio solutions designed for enterprise and gaming, based on pioneering audio technology. Jeppe Dalberg-Larsen, Sennheiser Communications' former president, now became President of EPOS and is leading the efforts.
Earlier in July 2020, EPOS, launched a new global gaming campaign, supported by an extensive global marketing campaign, rolling out through 2020. "Built on the principles of uncompromising audio engineering, contemporary aesthetics and superb build quality, the EPOS brand in the gaming segment exists to serve gamers who demand absolute excellence from their equipment to maximize their gaming experience. Crafted to last, and designed to excite, the EPOS range of headsets will become the definitive gaming audio solution for those who share the EPOS passion for performance," the company announced.

The first major EPOS-only branded gaming product launch is set for October 2020, under the banner 'The Power of Audio.' "With our ambition to make EPOS the industry leader within premium audio solutions in gaming, we aim to win the minds of all gamers who want to push their own limits – unleashing their potential – through the Power of Audio. We have seen a great opportunity to nurture this segment by establishing a dedicated global team of industry experts and will continue to innovate solutions for an immersive audio experience. With audio becoming a key agenda in the industry, we look forward to follow the global gaming landscape evolve even further the coming years,” says Jeppe Dalberg-Larsen, president, EPOS.

Enterprise Headsets
On the business applications front, now strongly refocused towards remote work, EPOS has already announced an extensive range of enterprise communications headsets this year. Four new EPOS ADAPT headset models have also been Certified for Microsoft Teams. Building on the core of the ADAPT product line, the four headsets are designed for professionals who need to collaborate and work from several locations on different devices without ever compromising on style or audio quality, regardless of environment
The portable, wireless ADAPT headsets all feature an advanced state-of-the art Active Noise Cancellation system that eliminates unwanted background noise to boost concentration and productivity in any sound environment – all while delivering the best possible audio experience for both speaker and listener. The headsets upgrade to further audio performance thanks to UC optimization, as well as multipoint connectivity that enables users to switch easily between devices by pairing two Bluetooth devices simultaneously, thus enhancing both flexibility and versatility. Finally, the four new ADAPT headsets all feature a dedicated Microsoft Teams button on the headset, so users can launch the app instantly to ensure an intuitive and streamlined experience.

All ADAPT headsets feature a sophisticated design crafted in high-quality materials that are made to be highly durable, with an ergonomic design for comfort even after hours of wearing. The new Certified for Microsoft Teams devices include the ADAPT 660 top of the range model (MSRP: €399 | $439); the ADAPT 560 with a new discreet foldable ‘boom arm’ and two additional advanced microphones built into the boom arm itself (MSRP: €299 | $329); the ADAPT 400, EPOS’ first-ever wireless neckband headset (€299 | $329); and the more affordable ADAPT 360 model (€249 | $269).
The ADAPT 660 headset, featuring an advanced four adaptive ANC microphone system, is the first product within the EPOS catalog to introduce EPOS AI technology, offering intelligent adaptive audio through unique algorithms that optimize voice pick-up regardless of the user’s environment. And the headset also supports Alexa Voice Assistant, and offers full UC optimization with multi-point connectivity. When not in use, the dual-foldable design neatly fits into a handy carry case.

This latest ADAPT series completes EPOS' current IMPACT range of communication headsets, with four different series and a total of 11 models, some of which featuring ANC, and all previously certified for Skype for Business, now offering a firmware upgrade to be Certified for Microsoft Teams.
www.eposaudio.com
related items