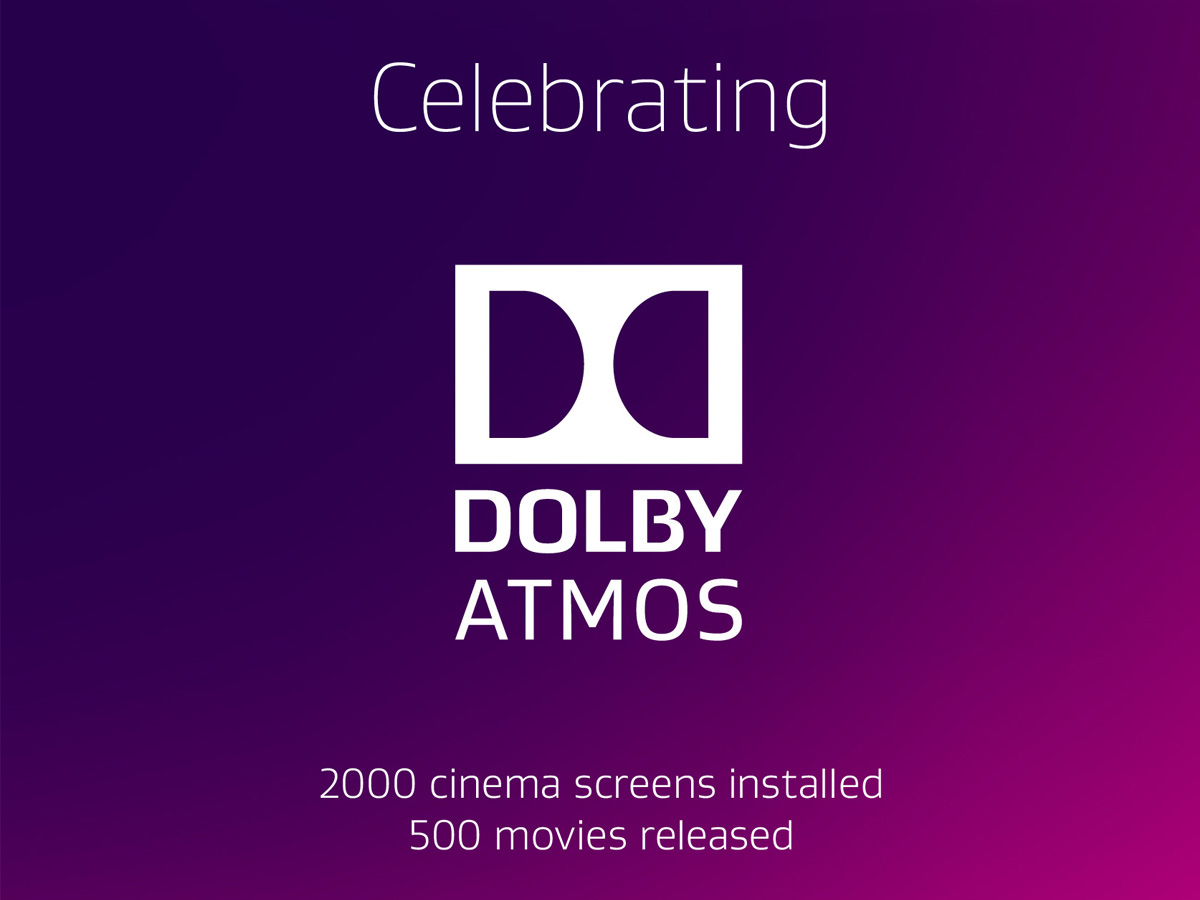 “When Brave was released in 2012, Dolby Atmos enabled us to bring audiences into the rich and fantastic world of Merida through their execution of previously inaccessible soundscapes,” says Mark Andrews, writer and director of Disney Pixar’s Brave. “Dolby Atmos enables our creatives at Pixar to tell stories with sound, taking audiences across new dimensions of entertainment. As one of the first to use Dolby Atmos, we have witnessed this platform’s steady growth and value as an essential element for the next-generation filmmaker.” 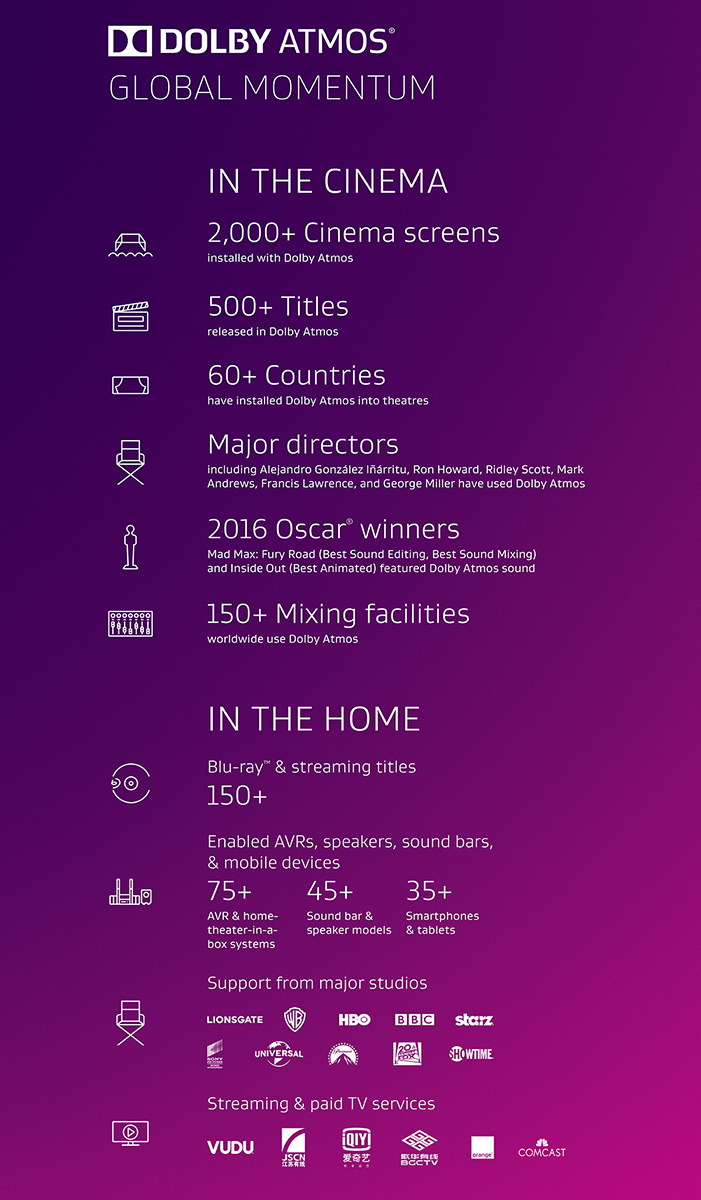 Deployed in more than 60 countries and more than 150 postproduction facilities, Dolby Atmos has been used for soundtracks on many regional local-language films and Hollywood titles to deliver heart-pounding action-adventure blockbusters, lush romances, feel-good comedies, and animated features. The technology paves the way for creative storytelling, building full audio atmospheres that excite the senses and inspire emotion, advancing what audiences then come to expect from cinema. In addition, Dolby Atmos is a key component of the Dolby Cinema experience, the award-winning premium cinema offering for moviegoers that combines spectacular image and sound technologies with inspired design to deliver the total cinema experience. Currently, more than 50 Dolby Cinema locations are screening films around the globe.

“Dolby has made its mark on what consumers can expect from a powerful sound experience, and Dolby Atmos continues to shape the future of entertainment for any environment,” says Curt Behlmer, Senior Vice President of Content Solutions and Industry Relations, Dolby Laboratories. “Dolby Atmos is considered the preferred sound format by many who look to deliver the best in sound to the cinema, in the home, or on the go, and the possibilities are endless.”

“Since launching in the cinema, Dolby Atmos has become an integral part of the entertainment experience for consumers, enabling sound to come alive from all directions, including overhead, to deliver astonishing clarity, power, detail, and depth. Whether you are listening to music, watching movies or television shows, or playing your favorite video games, Dolby Atmos delivers the full impact of the entertainment experience. The success of Dolby Atmos, as a vital component of some of this decade’s powerful films, has paved the way for new applications in home theater, PC and mobile devices, video games, virtual reality, and even music venues, such as the famous Ministry of Sound nightclub in London,” the company states.

“The future of sound for home entertainment is full of amazing possibilities, and Vudu is leading the way for streaming video services by being the first to deliver the Dolby Atmos experience to homes,” says Scott Blanksteen, Vice President of Product, Vudu. “By leveraging Dolby Atmos — a highlight of our premium 4K video format, Vudu UHD — we are able to provide home audiences with dramatically enhanced sound quality that fully engages their senses and brings movies to life in their living room.”

More than 20 titles are now available for over-the-top delivery by streaming-service providers like Vudu. More than 150 titles on Blu-ray Disc have featured a Dolby Atmos soundtrack, and more than 60 percent of the UHD Blu-ray media released include the format. This has paved the way for wide adoption by the consumer electronics industry. To date, more than 75 AVR and home-theater-in-a-box (HTiB) solutions are available, and more than 45 sound bar and speaker models by more than 20 speaker manufacturers provide consumers with a variety of form factor options and price points. In addition, more than 35 mobile devices support Dolby Atmos; three games include Dolby Atmos support on PC; and gaming consoles will soon support Dolby Atmos for Blu-ray. The flexible Dolby Atmos format is also available over headphones and headsets to deliver a single mix through the delivery of rich metadata, creating the peaks and valleys of sound once accessible only on the big screen.