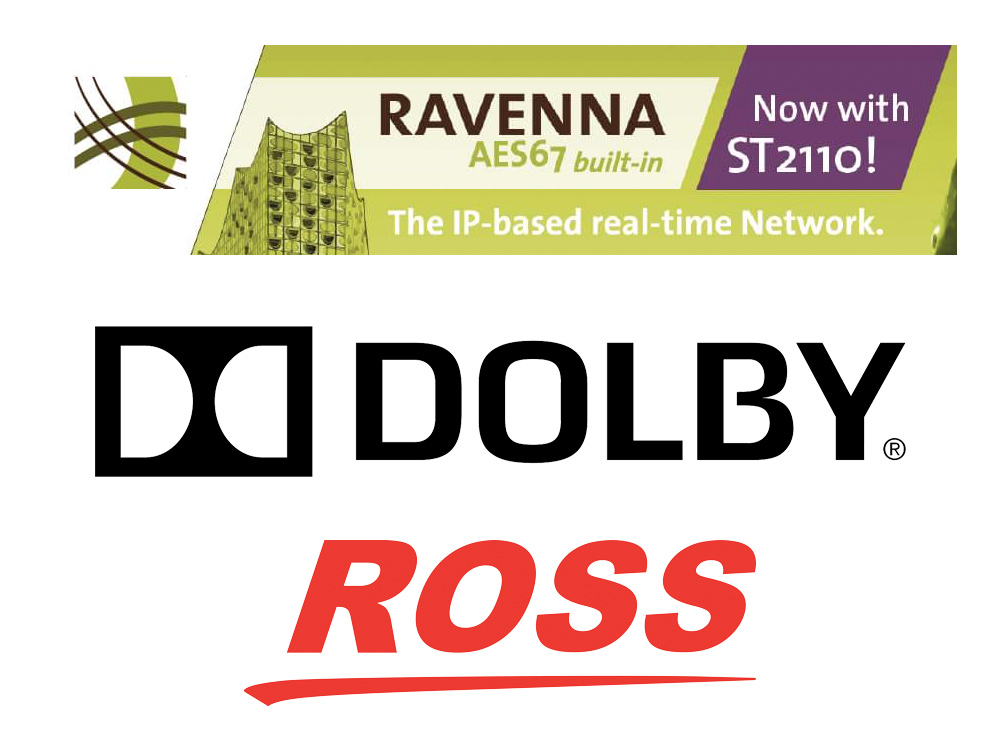 Canadian company Ross Video will be participating in all IP Connectivity promotion activities at IBC 2018 including practical demonstrations of the ST2110 and AES67 standards implementation. Ross is a leader in technology development for IP connectivity and their latest solutions will be on display at show, while the company will be participating in the IBC IP Showcase zone. During the show they will be confirming further announcements of interest to developers.

Meanwhile, Dolby Laboratories has become the latest partner to join the RAVENNA partnership. The announcement comes after the news that German manufacturer StageTec has also become a RAVENNA partner, demonstrating that RAVENNA technology continues to gain momentum as a leading audio networking technology within the broadcast industry.

As Andreas Hildebrand, RAVENNA Evangelist at ALC NetworX, states: “We are absolutely delighted to engage with Dolby in a RAVENNA partnership. Dolby’s unsurpassed know-how and experience adds greatly to the expertise of the RAVENNA  community, further enhancing RAVENNA’s capabilities and scope of application.

The ability to transport audio metadata over IP alongside standard audio signals will open the doors to the world of object-based audio production. Using the RAVENNA open networking technology as a basis for implementation demonstrates RAVENNA’s flexibility and sustainability in the ever-increasing diversity of network-based application requirements.”

Jeff Riedmiller, Vice President, Office of the CTO, at Dolby Laboratories adds: “Dolby and RAVENNA share a mutual commitment to support open standards for IP-based audio transport. RAVENNA is a leader in the industry and their technology has been incorporated in many key standards. We believe the addition of audio metadata to existing IP-based audio solutions will open up a whole new world of capabilities for live audio, enabling features never before possible in live audio production.” 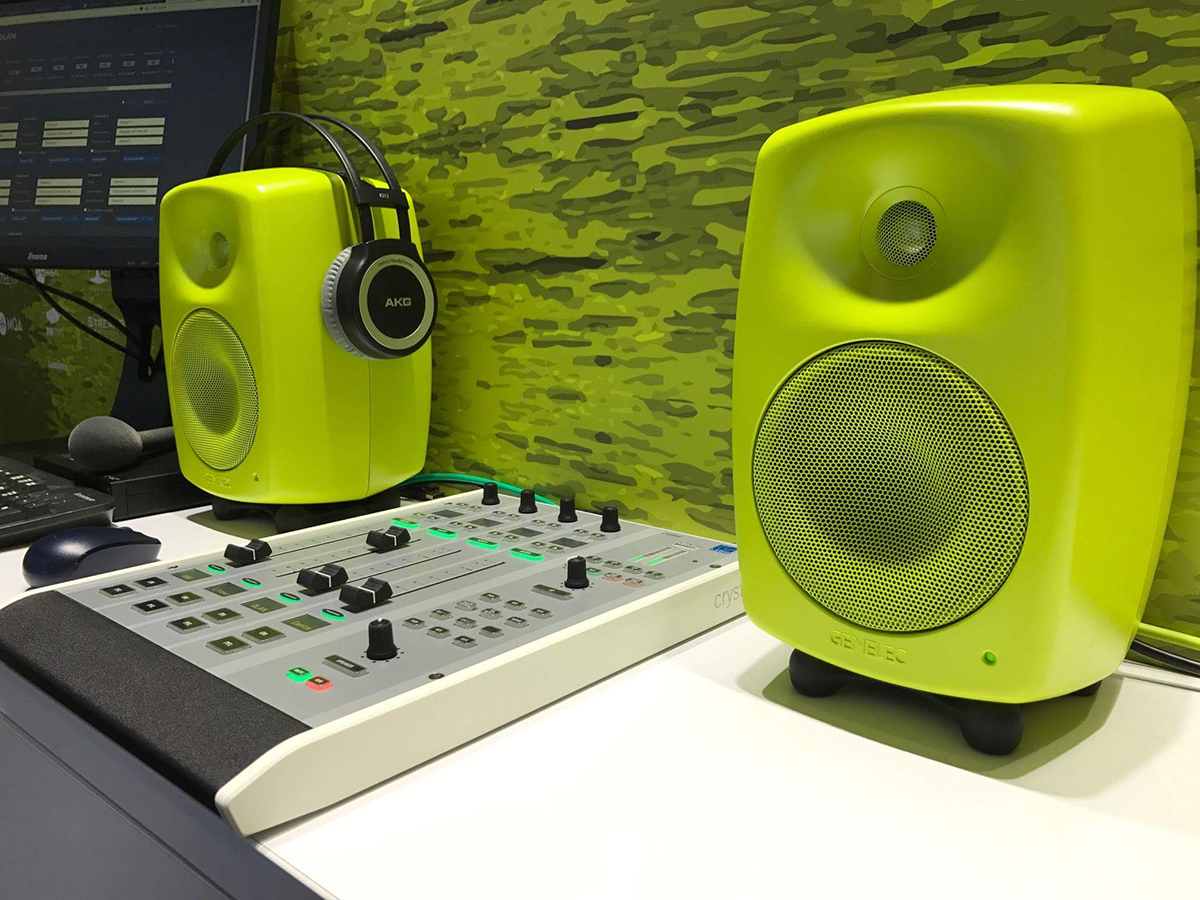 More RAVENNA products
As the community continues to expand, so does the number of RAVENNA-enabled product announcements, propelled increasingly by the adoption of the AES67 interoperability standard that has been championed by RAVENNA since its introduction in 2013. That has since been joined by the ST2110 Media-over-IP standard that was still in its fledgling stages last year, but continues to gain traction in IP circles.

As usual, during IBC 2018, Andreas Hildebrand will be available to explain all about how the audio parts of ST2110 work (RAVENNA booth #8.F57) and will be presenting sessions on the topic during the IP Showcase. This interoperability demonstration area continues to go from strength to strength since its inauguration two years ago with participation from over 50 vendors this year. 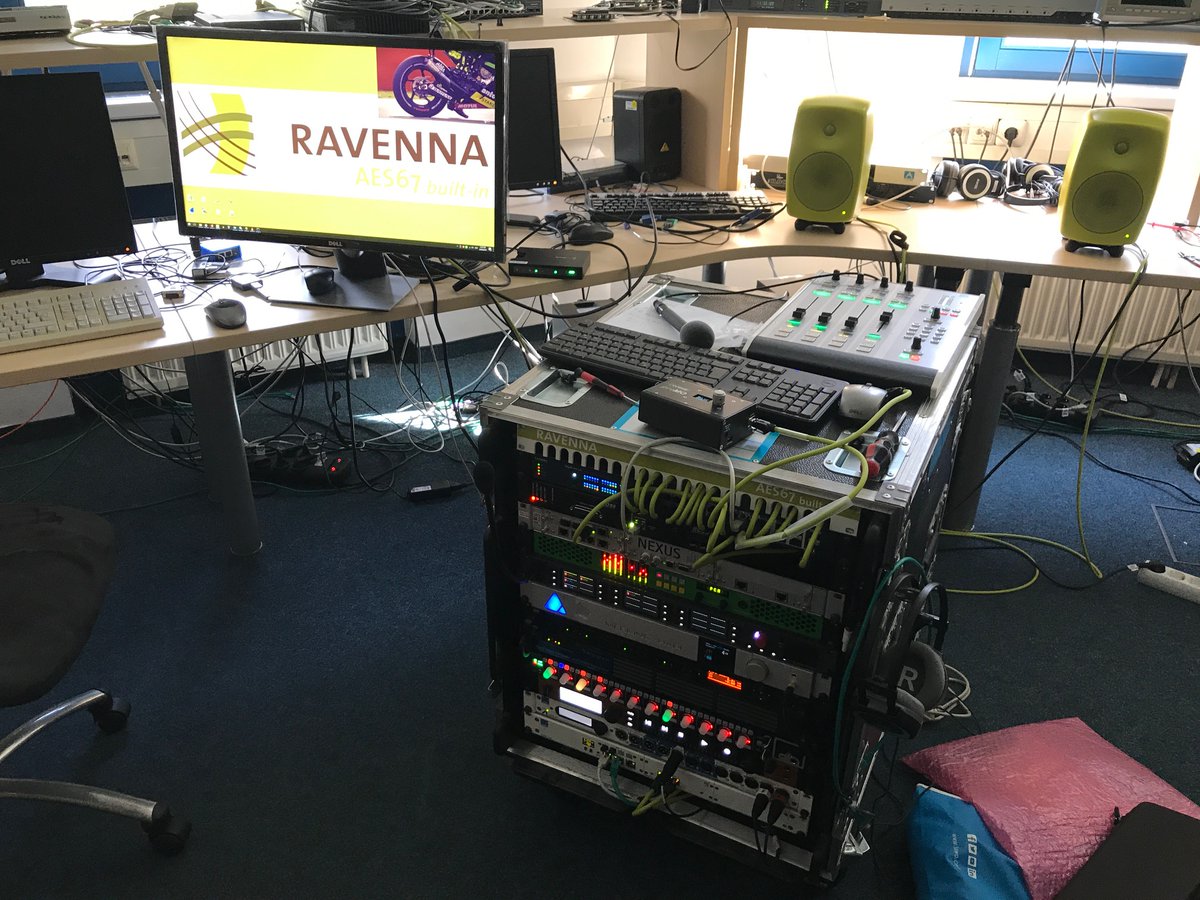 On the show floor, apart from exclusive product launches, which will be confirmed only after the doors open, there are lots of recently announced products to see as well.

Ross Video (11.B08, 11.C10 and 11.C23) has also been busy with the announcement of two new products: the IGGY-MADI is a RAVENNA/AES67/ST2110-to-MADI AoIP converter which supports up to 80 channels per stream. Iggy also natively bridges/supports multiple audio networking technologies such as RAVENNA, Livewire+, Dante/SAP, NMOS, JSON and DashBoard.

Sonifex (8.E61) have been as prolific as ever. AES67 (and by default, RAVENNA) is definitely the buzzword for them at IBC with the launch of a range of new multi-channel AES67 audio interface mix engines, the AVN Portal range for use in any application where mixing of signals is required. Two further additions have been made to the AVN range of talkback intercoms that link devices over a standard Ethernet network using AES67 for simple installation and web browser configuration. They’ve also announced new firmware that adds even more functionality, so stop by and see them. 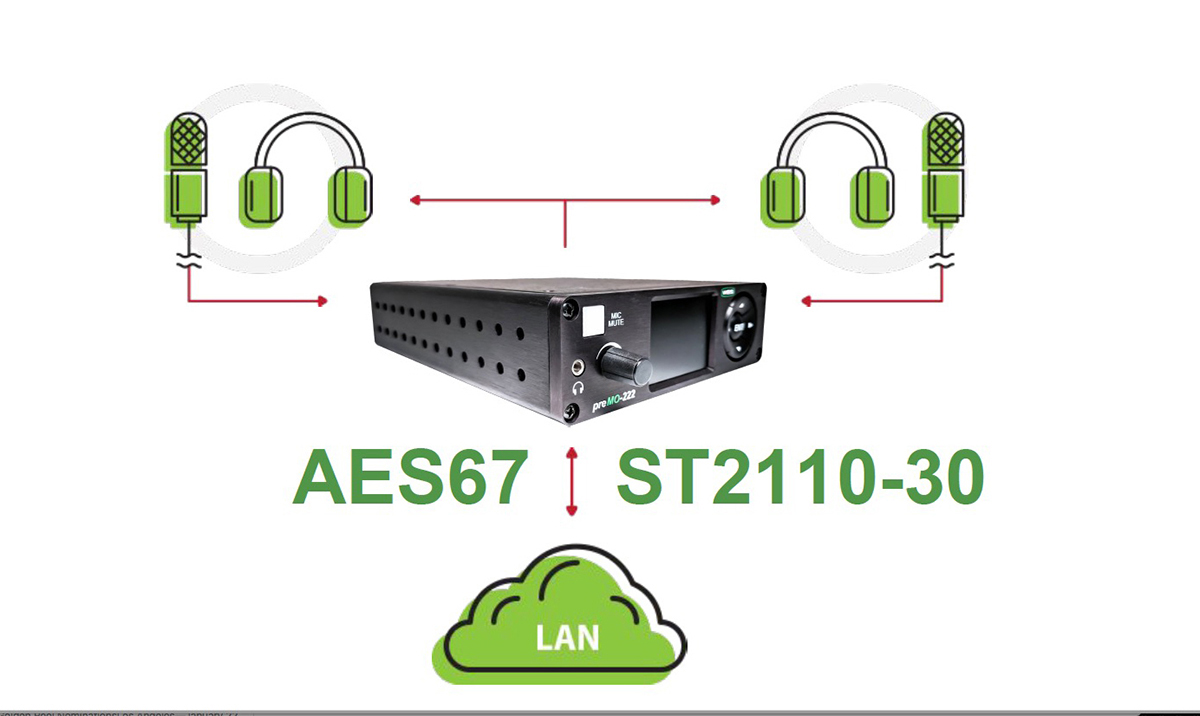 Ward-Beck Systems is introducing the PreMo-222, a fully AES67- and ST2110-compliant dual mic preamp and dual stereo headset driver which connects performance to producers, voices to ears, talent to task and audio with networks. Featuring PoE plus redundant local power supply, PreMo-222 is perfect for talk show radio, reporters on the go, live-casting, live sports commentary from the stadium, and more. They’ll also be presenting at the IP Showcase.

New from DirectOut is the PRODIGY-MC modular audio converter and router. Capable of routing up to 320 inputs and 324 outputs, the device provides eight converter slots for AD/DA, mic-pre and AES3 plus MADI and network audio option boards. A RAVENNA module supports AES67/ST2110 and ST2022-7 for redundant streaming; control is via globcon, a browser-based GUI and touch display.

Last, but by no means least, DHD Audio (8.B31) presents the versatile RX2 mixing console designed for the most demanding radio and TV broadcast environments. Fully RAVENNA/AES67-compliant, RX2 features integrated touch screens for fader modules and central modules and from 6 to 60 faders in a slim, elegant table-top design.
www.ravenna-network.com
related items