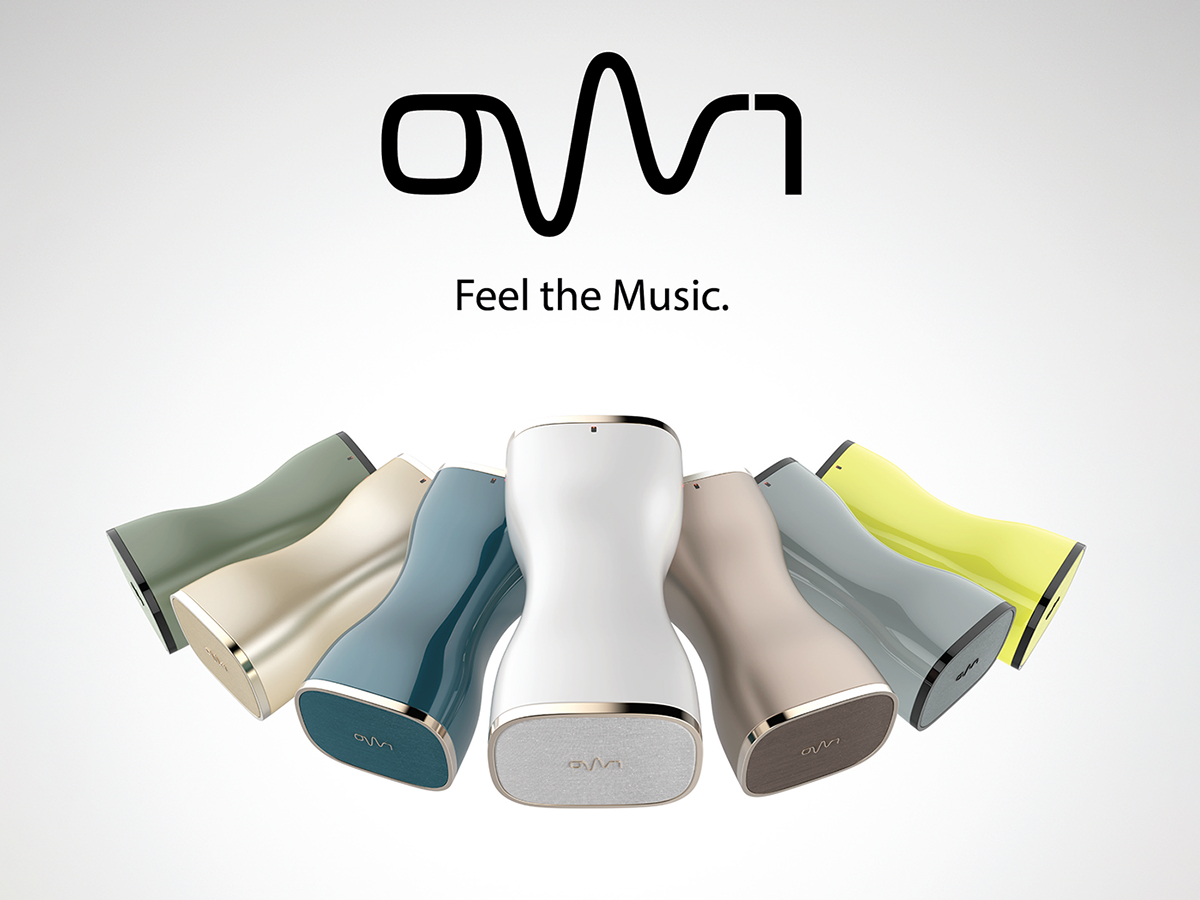 0W1 Audio is a French music technology company that designs connected audio platforms. 0W1 Audio was started in the summer of 2016 when its founders, Jean Beauve and Phil Briot set out to create a smart and beautiful speaker adapted to the modern lifestyle. The very first prototype music box was presented to Sacha Lakic, an internationally renowned automobile and product designer. He was instantly seduced by the pristine sound and got on board. "The goal was to create a minimal, timeless, technical and yet incredibly simple object. The shape that I imagined has no other objective than to refine and enhance the music that escapes from it,” states Lakic. The resulting product is certainly a landmark design for a wireless speaker – and it should be noted how many remarkable designs in the category have been recently originated by French companies.

The premise for 0W1 Audio starts with the desire to create "an all-in-one compact, autonomous and portable audio system with the most natural and balanced sound quality." Because the wireless speaker category has so often been associated with mediocre or just-OK sound, 0W1 Audio wanted to show that high-end audio systems that are able to transcribe music in all its emotional dimensions are also possible in a contemporary wireless speaker design. Another important goal was to make it an environmentally friendly system, with a very low carbon footprint, minimal power consumption and minimal parts-count. 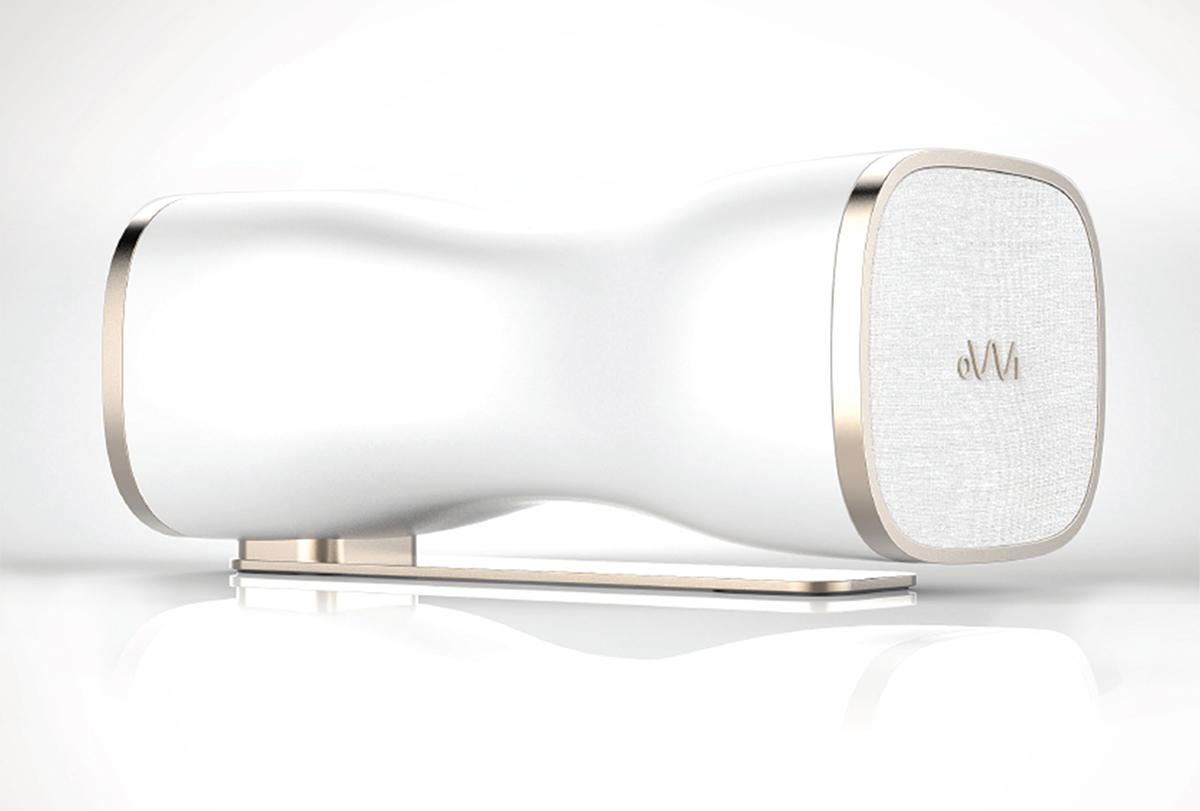 To achieve this, 0W1 created an all-in-one, smart and portable audio system suited for today's home audio needs, where the beautiful design supports function. The D5 was created from a bespoke injection molded acoustic resin, suspended by a non-slip aluminum base, resulting in an acoustic ensemble that is directly inherited from studio research and the subject of several patents. Supporting the audio quality, the company carefully selected a balanced mode Class AB amplifier, receiving its signal from a filterless, non-oversampling Ladder DAC. 0W1 Audio doesn't not detail neither the driver selection or configuration, just revealing that the resulting speaker is able to generate 95 dB at 1 meter with 15 Watts maximum power and respond from 60Hz to 20KHz.

The speaker structure is also able to hold an internal battery with 7 hours autonomy, creating a wireless audio system that is truly portable, and plays music directly from its own built-in hard disk, not depending on external sound sources to play music continuously – even when there's no connectivity. As its creators imagined from the early concepts, "...a kind of a NAS (network hard drive) running on batteries."

But the D5 also supports directly most of the web streaming platforms and plays all types of audio files, from DSD to compressed formats, streamed directly from the Internet. It even provides direct access to hundreds of thousands of Internet radio stations available with presets. This, because inside the D5 there is basically a Linux computer, running on a Quad-Core ARM Cortex A7 @ 600 MHz, and supporting automatic upgrades and a Securized Applications SDK.

More importantly for today's needs, by using WiFi 802.11b/g it can form part of a multiroom audio configuration that can automatically synchronize multiple D5 audio systems and create a smart music center, with its built-in intelligence being able to recommend songs, buy and download tracks/albums and even interact with other connected smart home objects. 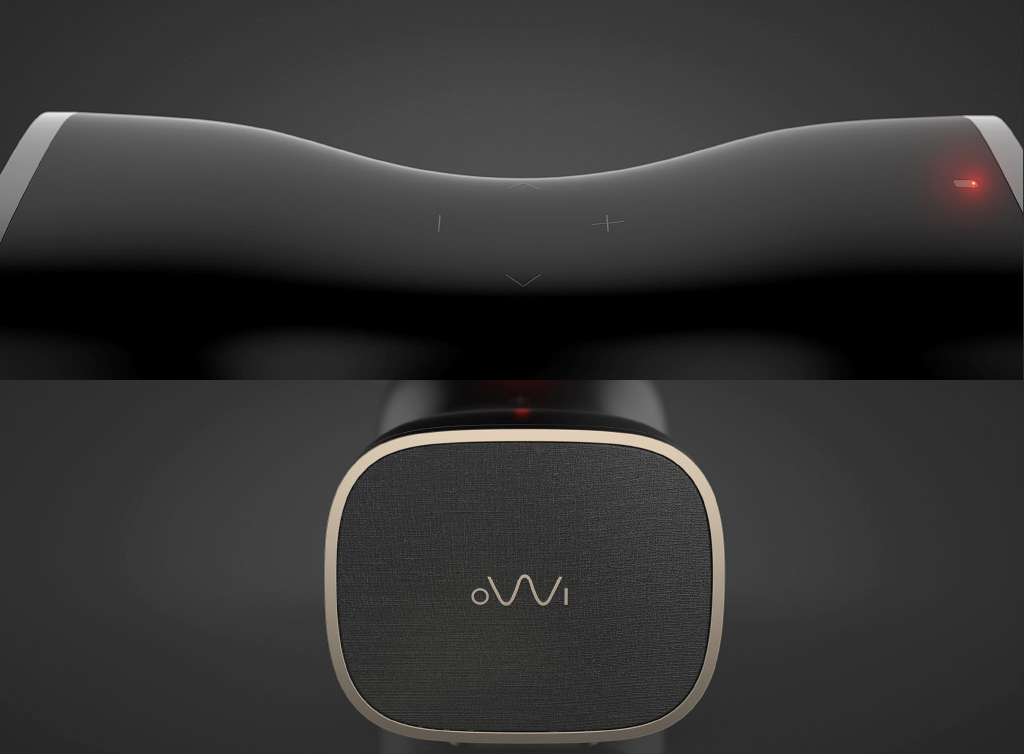 And the design doesn't stop with the D5's optimized acoustic or aesthetic properties. User interaction was another focus for 0W1 Audio, using the clean top surface to implement a standalone gesture interface, and allowing users to control basic features using just a few "caresses". For a more in-depth interaction, the D5 can also be controlled from a smartphone, tablet a computer or a TV thanks to an integrated web interface.

We are looking forward to seeing the final results and evaluating its sound (not easy at a CES show floor). The product itself should be easy to spot at the CES 2019 Innovation Awards Showcase, where it will be displayed. According to 0W1 Audio the D5 will retail for approximately 1,000 Euros when it will be available.
http://0w1audio.com/en/
related items