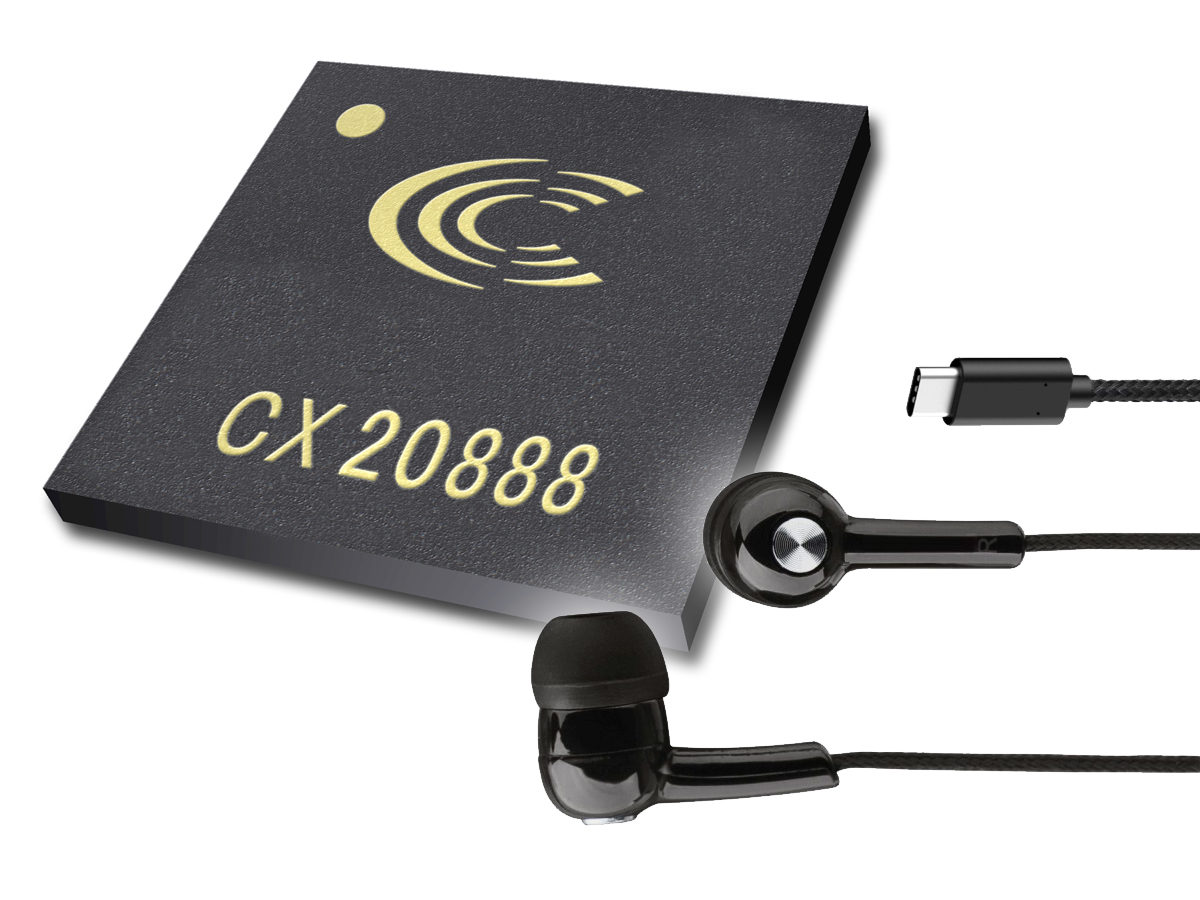 USB-C is revolutionizing the interface market, enabling higher data speeds, faster charging, increased device interoperability and more – all in a single cable. Billions of consumer devices are expected to take advantage of all that USB-C offers over the next few years, making it poised to become the connector standard of choice. USB-C’s arrival on the scene has already had an impact on audio accessories, such as headsets, enabling a better, more powerful connection – and removing the design limitations of the past.

Conexant continues to break new ground in the audio accessories field and is enhancing its AudioSmart family of USB-C-compliant audio CODECs with innovative new features. The CX20888 is the only single-chip solution that includes ANC, ambient inclusion and a ‘Wake-On-Voice’ trigger. This unique combination of features allows Conexant to offer the ultimate solution for USB-C headsets used in mobile, gaming and office environments. Conexant’s ANC technology provides an impressive noise cancellation depth of up to 30dB with a range of up to 3.8kHz.

“With USB-C continuing to gain adoption at an unprecedented pace, we are seeing a truly new ‘audio playground’ emerge, where the possibilities for audio accessories are nearly limitless,” says Saleel Awsare, Conexant president. “Our new stereo USB-C audio CODECs provide an open platform that gives developers the option to include more features than ever. Our ANC solution has shown superior performance without the suction effect you feel with competing solutions. Additionally, from motion and sensor connectivity to custom tuning profiles, we are providing an all-inclusive solution that opens the door to creativity and differentiation.”

Featuring a stereo 24-bit DAC and ADC for music and voice communication applications, the CX20888 supports sampling rates of up to 96kHz. It minimizes bill of material costs by eliminating the need for an external crystal and integrates a capless headphone driver that produces a full-range frequency. The highly integrated CX20888 is housed in a 5mm x 5mm BGA package which requires minimal PCB area – making it ideal for USB headset and docking station designs.

The true-ground headphone amp requires no output capacitors, and thus provides consistent performance with a wide range of drivers. In addition to ANC, the onboard DSP provides acoustic echo canceling, equalization, noise reduction, microphone automatic gain control, and volume control, all of which make it easy to maximize performance of headsets, docking stations, voice command devices and other audio products.

The heart of the CX20888 is an ARM Cortex M0+ 32-bit microcontroller, which controls Conexant’s dual-core, fixed point 32-bit DSP with floating-point assist. The DSP engine runs at up to 100MHz per core, for a total 400MIPS. The CX20888 supports up to 504KB of SRAM, which can be shared between the ARM Cortex MCU and the DSP. Numerous peripheral components further expand the CX20888's utility. These include one I2C-bus master and one slave interface (or two I2C masters), one I2S interface, one Serial Peripheral Interface (SPI), two multi-rate timers, a self wake-up timer, four monitor ADCs, two PDM digital microphone interfaces, S/PDIF input and up to 28 General Purpose Input/Output (GPIO) pins. 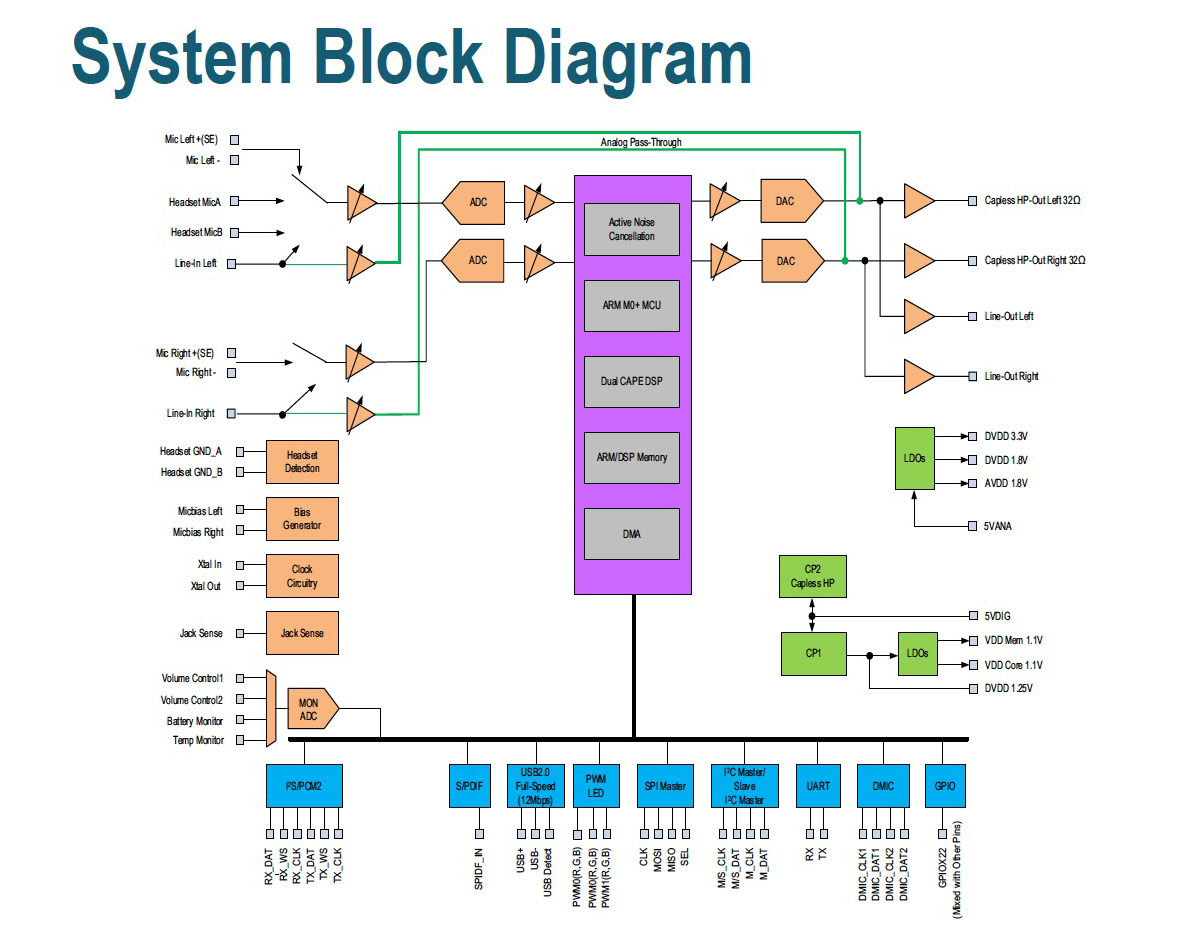 Conexant also confirmed that other hearables, including health monitoring headsets, will be targeted for the AudioSmart 3.0 treatment enhanced user experience in the near future.
www.conexant.com
related items