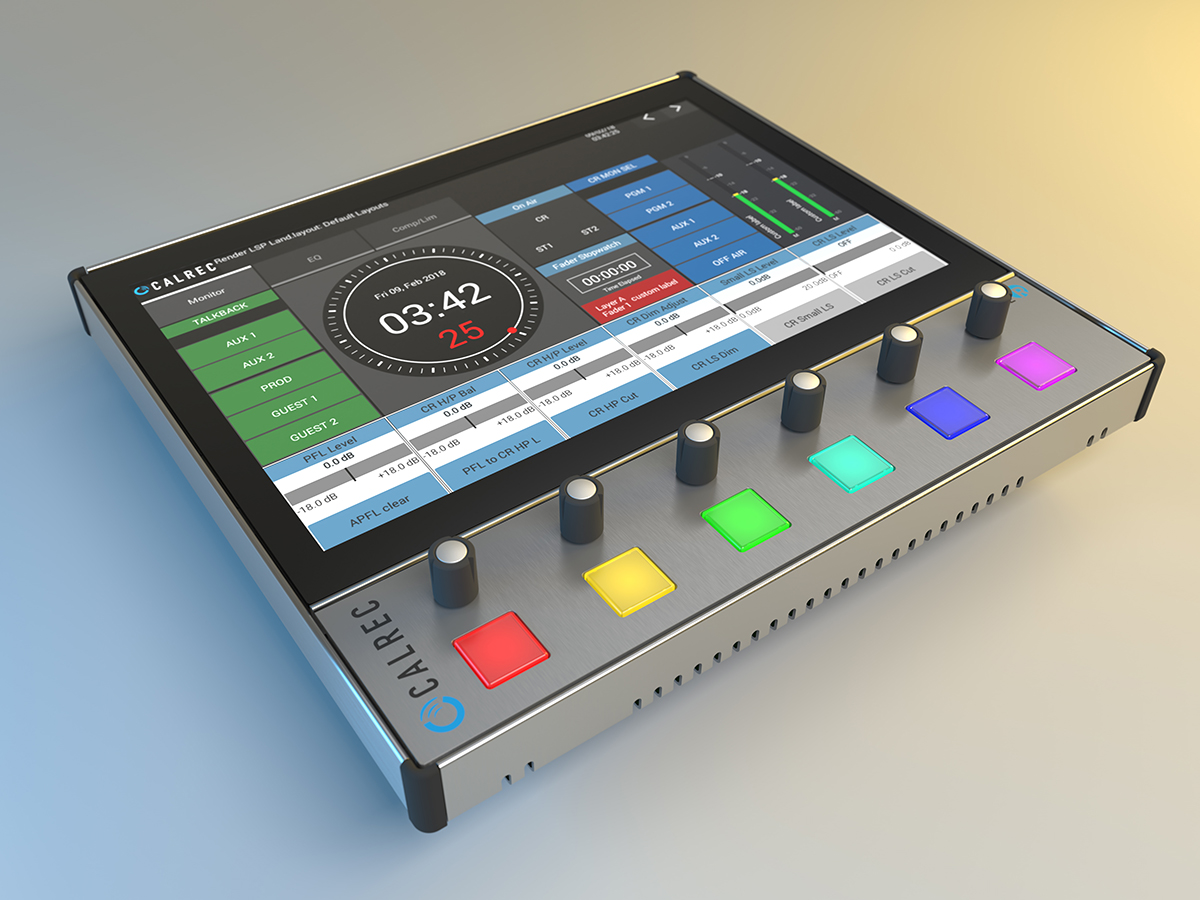 On show for the first time in Europe, Calrec Audio’s new modular, expandable, IP-based radio system, Type R is making its IBC debut. Type R makes use of standard networking technology and combines it with configurable soft panels that can be tailored to operator needs. Type R’s physical control system consists of three slimline panels: a fader panel, a large soft panel and a small soft panel. Each is compatible with COTS hardware and powered over Ethernet to keep cabling to a minimum.

At the heart of Type R is a simple 2U core with integrated I/O resources to get systems up and running immediately. A single core can power up to three independent mixing environments, with no sharing of DSP resources. Whether used as independent studio consoles, microphone processors or utility mixing, the ability to use multiple mixing engines combined with the flexibility of an AES67 compatible network provides enough flexibility to keep pace with radio’s changing requirements.

Calrec’s upgraded Brio consoles with expanded channel capability will also be on display. Calrec’s widely deployed Brio12 and Brio36 audio consoles are getting a boost in channel count. New Brio DSP expansion packs are now available, bringing the Brio12 up from 48 to 64 input channels and the Brio36 from 64 to 96 input channels. DSP expansion packs are available for all Brio consoles on v1.1.6 version software or above. 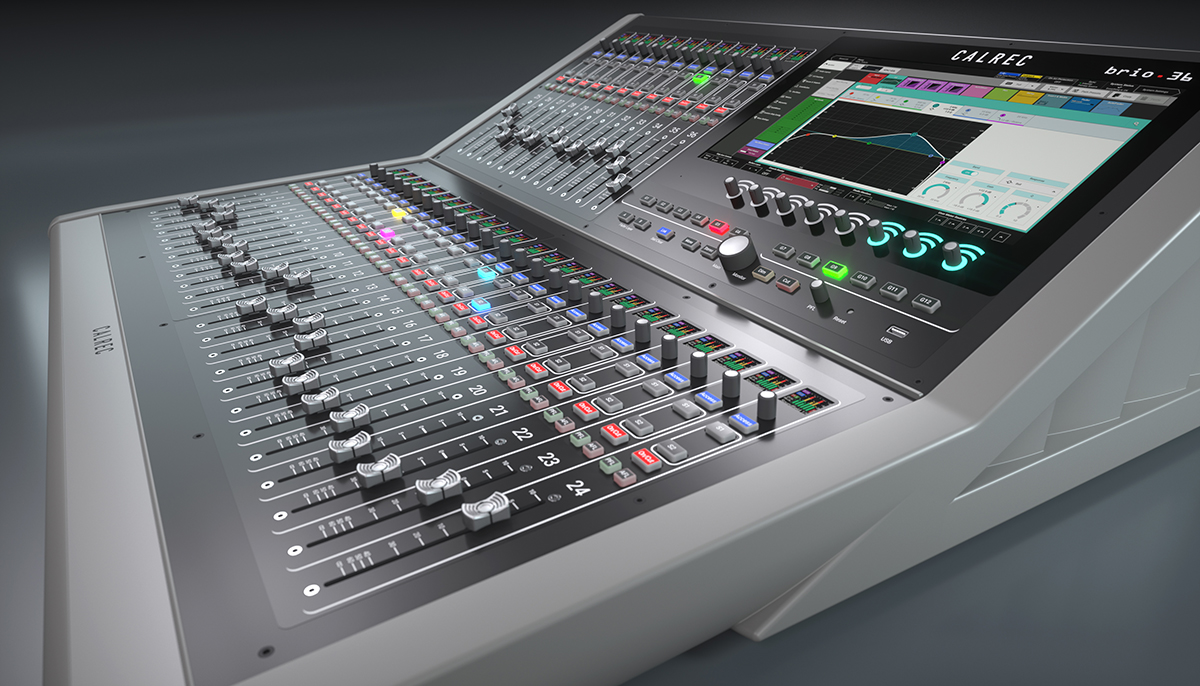 DSP expansion packs can be purchased from Calrec's new online shop or through Calrec's extensive distributor network. All new Brio consoles can be purchased with the bigger DSP pack already installed. The Brio36 includes an impressive range of on board I/O so it’s operational straight out of the box. It also has full Hydra2 network compatibility and a sensitive price point that doesn’t reflect the full and rich broadcast feature set.

Impulse core
At IBC 2018, Calrec is previewing its new Impulse core, the next generation audio processing platform. The Impulse core is a very powerful audio processing and routing engine with AES67 and SMPTE 2110 connectivity, and is compatible with existing Apollo and Artemis control surfaces, providing a simple upgrade path for existing Calrec users.

"Impulse is a very robust and scalable DSP platform that illustrates a clear direction for Calrec’s future development, giving our customers a fully defined upgrade path as they transfer to IP infrastructures,” says Dave Letson, Calrec’s VP of Sales. “In addition, future scalable expansion will allow up to three DSP mix engines and control systems to run independently on a single core at the same time, providing the ability to use multiple large-format mixers simultaneously in an extremely cost-effective and compact footprint. 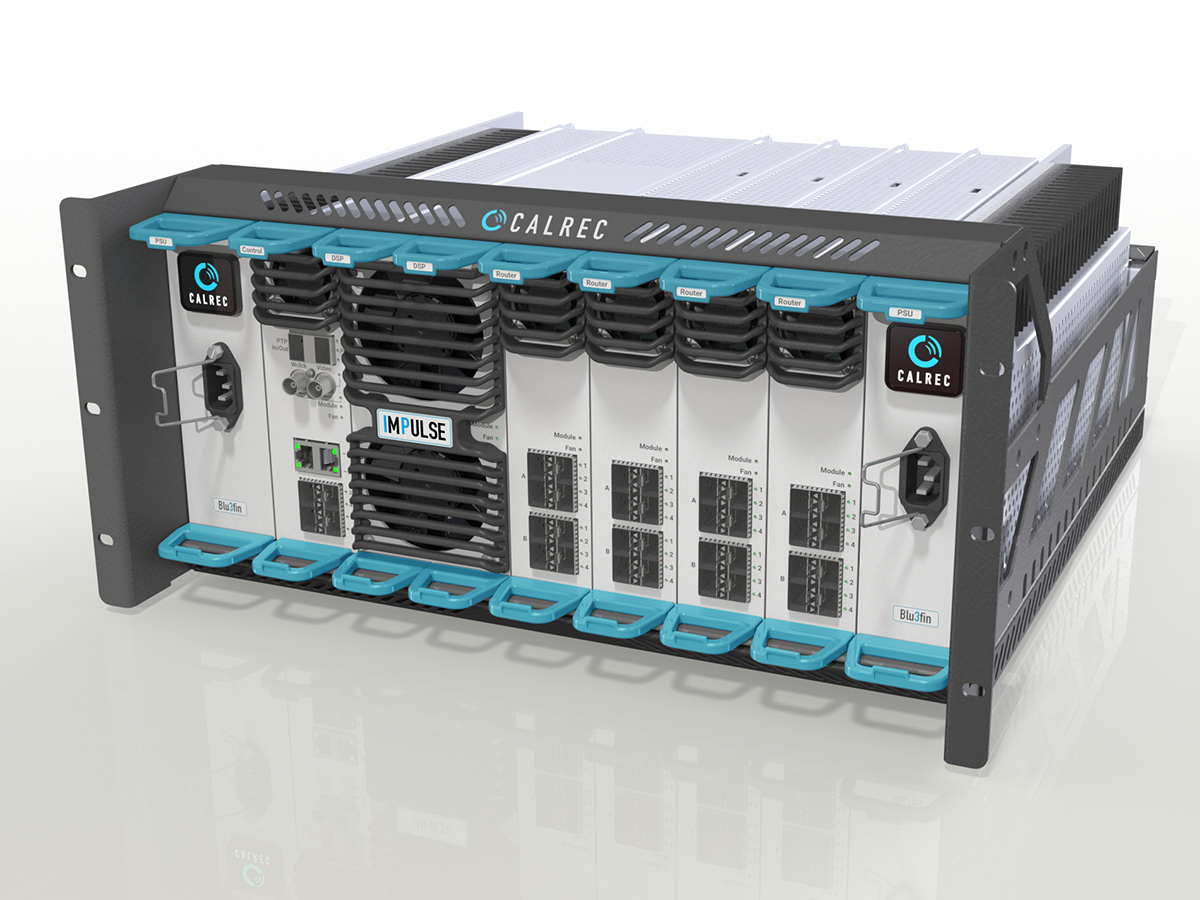 Impulse provides 3D immersive path widths and panning for NGA (next generation audio) applications, 5.1, 5.1.2, 5.1.4, 7.1, 7.1.2 and 7.1.4 input channels, busses, monitoring and metering are available. Height and 3D pan controls are provided, and paths of all widths can co-exist within a mix and be routed to/from each other with flexible panning and downmixing built in.

“The signal processing capacity of the Impulse core is unlike anything else available and is the most powerful DSP engine on the planet,” continues Letson. “It utilizes the next generation of Calrec’s award-winning Bluefin DSP technology – Blu3fin – with five different user-upgradable DSP packs, all of which will be available from launch and range from 256 input channels in the XS Pack to 1,122ch in the XL Pack. In fact, Impulse provides more than 400 independent busses; 192 x mains/groups, 48 x auxes, 96 x tracks, with 3 x AFL and 3 x PFL immersive busses.”

He added, “With control connectivity via IP, surfaces can be physically remote and connected over standard networks using COTS hardware. Above all else, it gives our customers a very powerful suite of broadcast features, which will take them into the next era of broadcast workflows.”

Impulse has an integral AoIP router, which fully supports NMOS discovery and connection management, as well as mDNS/Ravenna discovery. Up to four router cards can be fitted, each with a 4096 x 4096 audio routing matrix, and can operate at 1- or 10-Gbps. Two 5U Impulse cores can be combined to provide full redundancy and can be physically remote from each other for disaster recovery.

“This technology enables all Calrec customers to make the transition to NGA and IP infrastructures, and provides the flexibility to do so in a timescale that works for them and without an overhaul of production equipment,” adds Letson. “Impulse gives existing customers the opportunity to upgrade to new network technologies when it is right for them, and provides a clear, simple and cost-effective upgrade path.”
www.calrec.com
related items