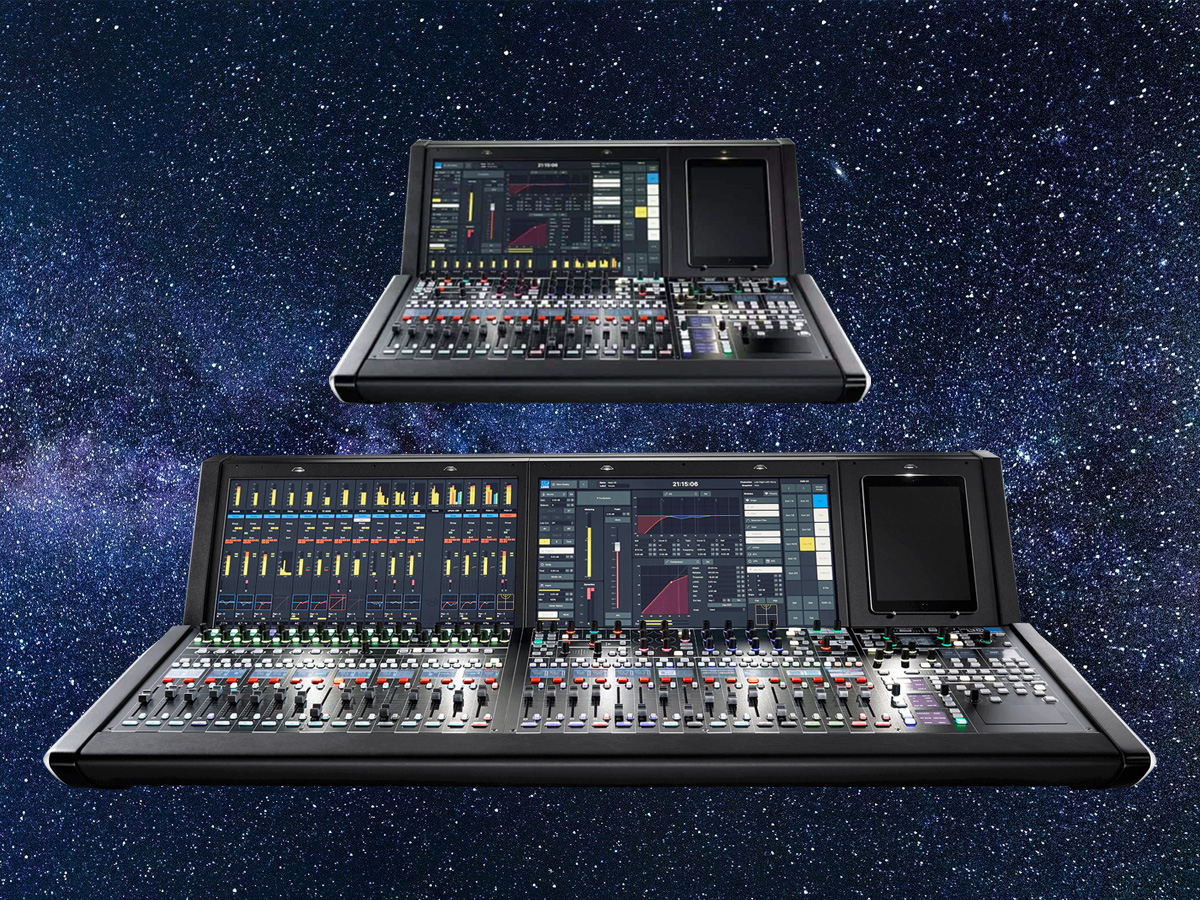 Now featuring 256 processing channels, available at both 48 and 96 kHz, a new I/O capacity of 864 channels, with local connections which include 3 redundant IP network interfaces, 16 Lawo-grade mic/line inputs, 16 line outputs, 8 AES3 inputs and outputs, 8 GPIO connections, and an SFP MADI port, the new mc²36 is surprising in every front. And the console is available in a 32-fader version and a new 16-fader frame - the smallest, most lightweight mc² ever built - perfect for mobile use or any tight mixing space.

Users are even able to expand the mc²36 with third-party solutions like recording systems, effects engines including the Waves SuperRack SoundGrid, etc. running on external PCs into the mc²36 user interface. Applications display in the console’s screen while the console’s keyboard, touchpad and touchscreen provide control, with no additional screens or control devices needed.

All this was made possible by Lawo’s latest generation of A_UHD Core Phase II software-defined processing technology. This new incredibly powerful A_UHD Core audio engine was launched simultaneously with the mc²36 console, both products being designed to deliver maximum output using minimal space, weight and power requirements. The native-IP A_UHD Core is now Lawo’s new console core for all mc² consoles and takes a decisive lead in processing power, by delivering an astounding 1,024 channels of audio processing in just 1RU, while dramatically cutting power consumption — a performance that previously required 5x the power and 10x the rack space.

"UHD stands for ultra-high density," explains Christian Struck, Lawo’s Senior Product Manager, Audio Production. "And it lives up to its name. A_UHD Core combines minimum size with maximum performance. It has everything a live production console needs, including 1,024 channels of mc²-grade processing algorithms, multiple sets of monitoring matrices, downmixing and upmixing, and is ready for next-generation audio formats such as Dolby Atmos and MPEG-H. It packs the power of systems formerly requiring 7 to 10 RU into just one rack space; weighs only 7 kg versus the 20 to 25 kg of a traditional console core. Even more astounding: it consumes only 220 watts of power."

This new core processing unit is also a native IP device, designed from the start to work within IP networks and manage networked devices. As such, it is based fully on open standards such as ST2110-30/-31, AES67, RAVENNA, Ember+ and NMOS. And it’s designed for both 48 kHz and 96 kHz operation. "From now on, A_UHD Core will be the power behind all mc² consoles," says Struck.

Being a software-defined hardware, the new A_UHD Core processing unit can easily accommodate new features and capabilities in the future, while users can tailor the capabilities of their systems to fit their needs and budget, changing features and functionality based on permanent or temporary software licenses. A "pooling" license allows one A_UHD Core to divide its DSP power between multiple mixing surfaces. Instead of one very large console, the new core processing unit can support up to four consoles with 256 DSP channels each, as an example. And any mc² surface may receive resources dynamically allocated on-the-fly from any other networked A_UHD Core. 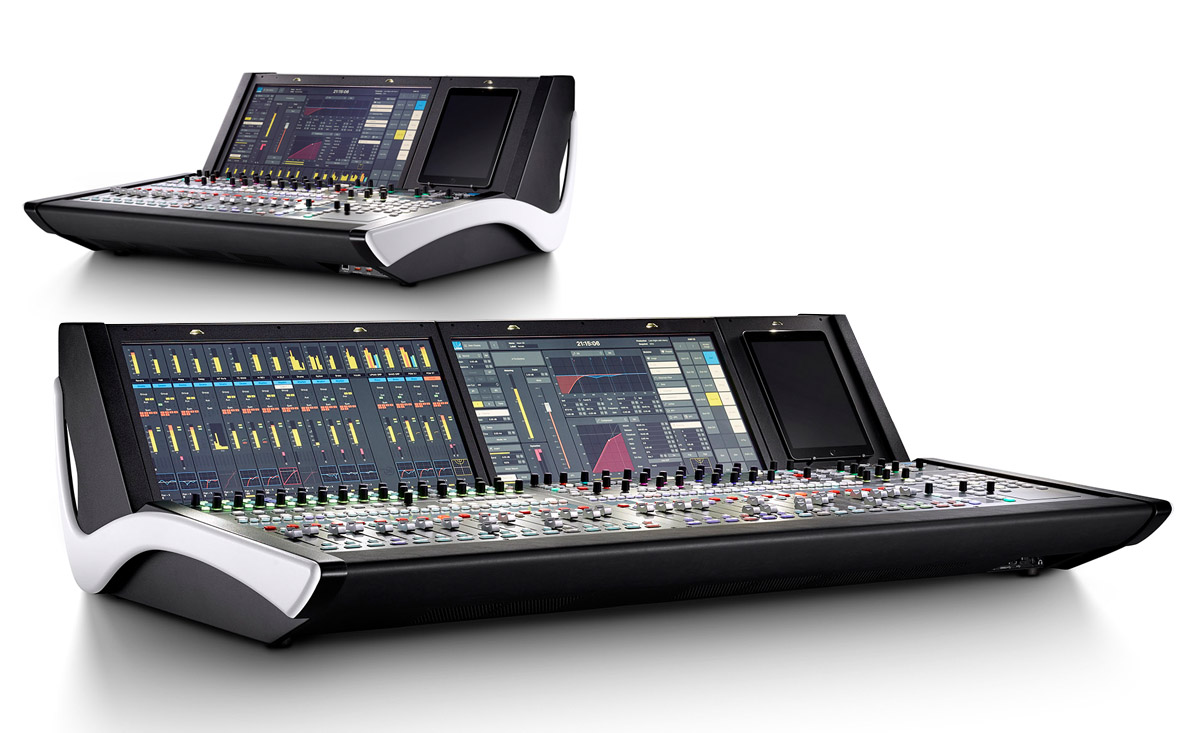 All Lawo systems are now completely network redundant and this new core processing rack offers 8 front-panel ports, split into 4 SFP network interfaces that provide dual, independent IP network connections, with ST2022-7 Class C Seamless Protection Switching ad extended buffer size to ensure flawless operation on WAN as well as LAN. Each SFP interface can receive a total of 128 Tx and Rx streams; providing 512 audio channels. A second A_UHD Core with a "redundancy license" can be deployed locally, across campus, or across the country, as a 1+1 hot spare device mirroring the active device and taking over seamlessly if needed. And all power supplies are redundant units and are hot-swappable.

The new mc²36 console follows on the applauded recent redesigns of Lawo’s mc²96 and mc²56 consoles. "When we introduced the mc²36 in 2014, its small form-factor and its price-point quickly made it a favorite with customers we'd never been able to address before – venues like houses of worship, performing arts centers or smaller OB trucks – anywhere a small, powerful live mixer was required," says Lucas Zwicker, Senior Technical Product Manager, Audio Production.

"New capabilities in the mc²36 provide customers who need a small console something they’ve never had before — an IP-native mixer, with outstanding DSP power and comprehensive I/O connectivity. Furthermore, the new console does not only provide best in class IP connectivity, but also Lawo-grade microphone inputs and line outs, and also AES3 and a built-in MADI port for legacy equipment." 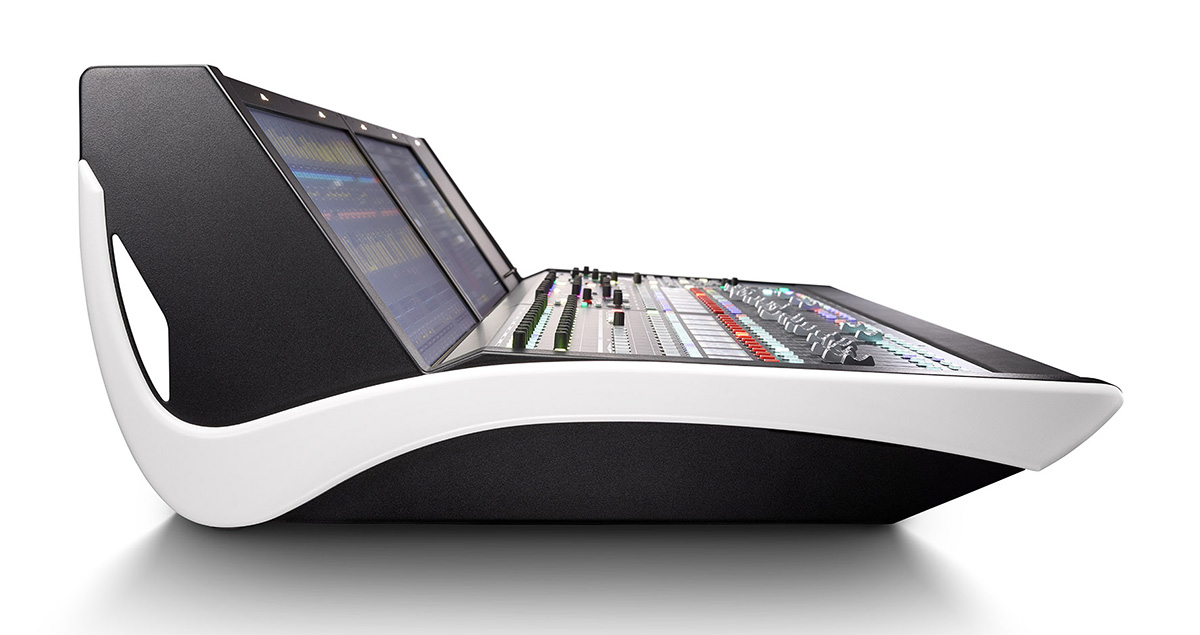 "And, moving the mc²36 to the A_UHD Core means that all developments in the future will happen on a single platform and that Lawo continues to provide production file compatibility between all mc² consoles. Imagine the possibilities... a production file from an mc²36 could be used on an mc²96 for post-production! The A_UHD Core platform opens the door to a lot of very cool developments. It’s a whole new level of performance," adds Zwicker.

Lawo's “Phase II” development of the A_UHD Core includes the innovative new IP Easy functionality, making IP setup as simple as analog. IP Easy simplifies the management of IP devices, which makes connecting audio I/O devices as easy as if they were baseband. The console automatically detects new devices and makes them available at the touch of a button. IP Easy even manages IP addresses, multicast ranges, and VLANs, and includes security features like access control and quarantining of unknown devices to protect your network.

"Lawo has always been known for innovation and performance, as well as maximum redundancy and reliability. With the simultaneous introduction of the new software package for A_UHD Core and the new mc²36, audio professionals will find themselves enjoying a whole new world of power, flexibility and ease-of use. This flexible, software-defined architecture is the platform from which many new and exciting developments will be launched," Christian Struck concludes.

All Lawo products are developed in Germany and manufactured to the highest quality standards at the company’s headquarters in the Rhine-Valley town of Rastatt, Germany. In 2020, Lawo celebrated its 50th anniversary. Founded in 1970 as an engineering office with a focus on audio and broadcast, the privately-owned corporation grew into an industry-wide recognized innovator on the highest-end of professional audio.
www.lawo.com
related items