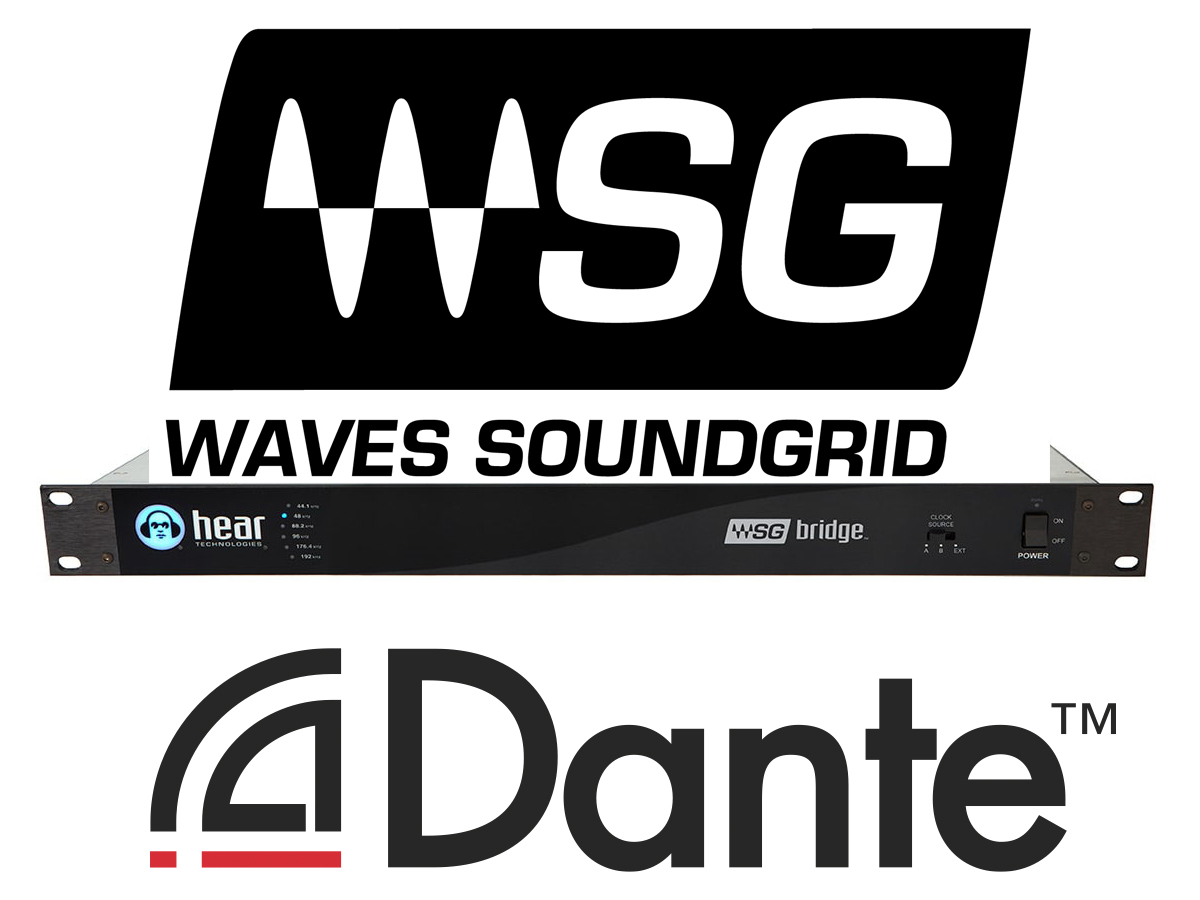 A great fit for any environment – from simple project studios to live venues to complex networked recording and broadcast facilities – SoundGrid is an Audio-over-Ethernet technology developed by Waves. It allows users to stream high counts of digital audio channels (up to 128), and to process that audio through plugins at ultra-low latency (as low as 0.8 ms), all taking place over a 1Gb network. Together with a SoundGrid Waves Server, a Mac or Windows host computer and a SoundGrid I/O, SoundGrid allows running a multitude of reverbs, equalizers, compressors, and other mixing tools by Waves, as well as any other SoundGrid-compatible third-party plugins, all in real time.

Meanwhile, with the growing popularity of Dante-based audio networking solutions, Waves and Hear Technologies detected the need to also provide networking access to Waves’ powerful processing capabilities and plugins, allowing compatibility with a growing number of products in the market. The WSG Bridge, which will be distributed directly by Waves Audio, is an excellent and cost-effective solution for that purpose. The WSG Bridge simultaneously transmits up to 64 channels of audio from Waves SoundGrid to Dante and 64 channels from Dante to Waves SoundGrid.

As Nason Tackett, Senior Design Engineer, Hear Technologies, explains, “By providing 64 channels of bidirectional audio between the two protocols with sampling rates from 44.1kHz up to 96kHz, we’re providing yet another innovative tool to our innovative customers.”
www.waves.com | www.heartechnologies.com
related items