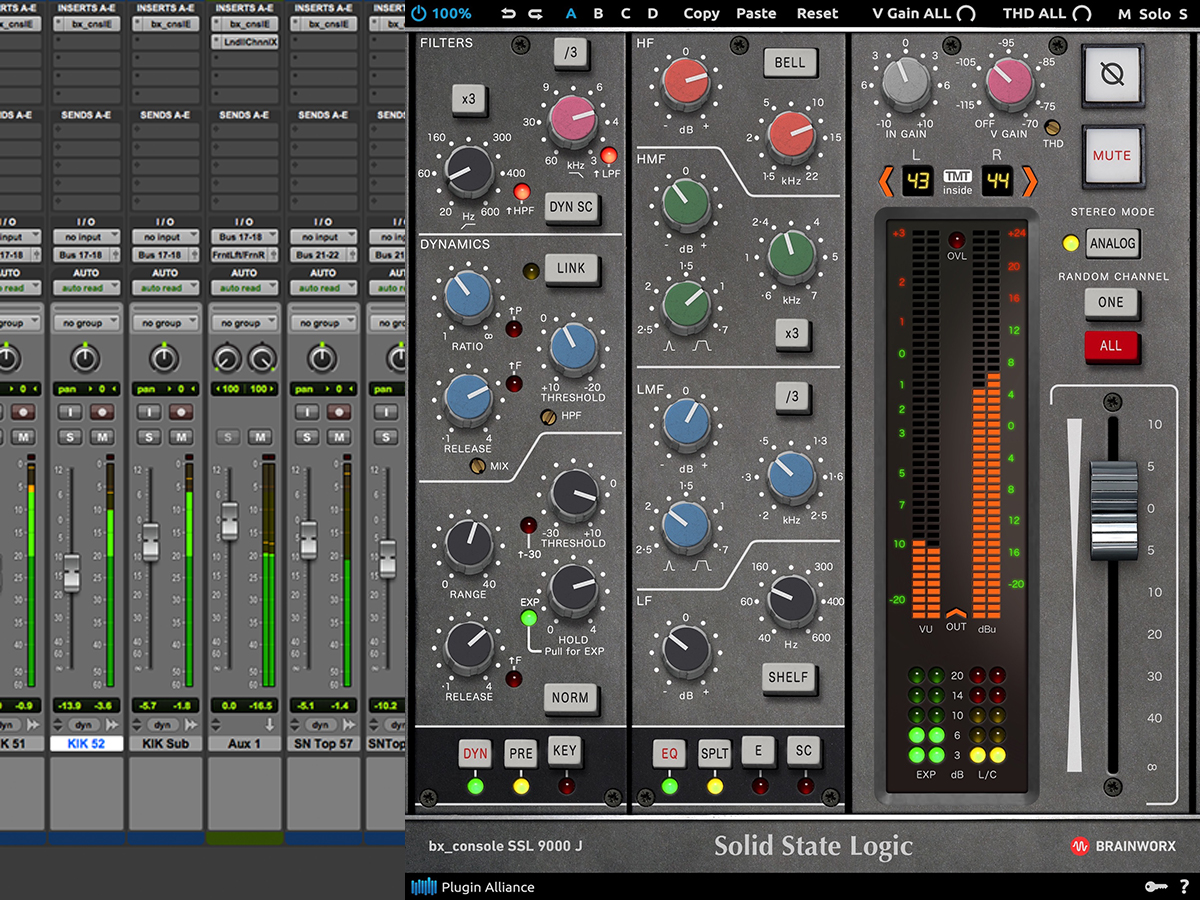 When audioXpress had the chance to review the first bx_console plug-in, we were a bit skeptical about the TMT technology concept. In short, Tolerance Modeling Technology takes analog circuit emulation to the extreme and introduces the same manufacturing tolerances that are found in analog components. This means that, instead of each plug-in instance duplicating the same characteristics, there will be audible differences between each instance. This is what happens in a real analog console, where each channel has slight sound variances, due to circuit tolerances defined by each of the channels' components. All analog components have manufacturing tolerances that state an acceptable range of differences, with tolerance variations ranging from 1% on some parts up to 20% in many standard electronic components. Since a single console channel has more than 100 components, the sum of all these slight differences causes that each channel has its own unique sound.

Brainworx has been making extensive use of the TMT technology, and currently we can find extraordinary versions of plug-ins available through the Plugin Alliance, from classic analog studio consoles, all the way to the most rare outboard processors.

Since the technology was first used, software plug-in developers have refined its use and it became clear that it does, in fact, add something important. The results in Brainworx' remarkable rebuilds of the classic SSL sound stand up against a very capable competition – SSL emulations are probably the most emulated channel strip circuits, with plug-ins available from Waves, Universal Audio and many others, including a native version from SSL itself. But the bx_console SSL 4000 E and G plug-ins have proven how the technology truly allows adding specific flavors of the sounds that made the late 70s, the 80s and so on. And in capable hands, it allows remarkable results.

The original SSL 9000 J console improved upon its predecessors by offering extended bottom end, a more clean and open top end, and additional distortion-free headroom — quickly making it a favorite among the top producers and engineers who crafted some of the biggest pop, hip-hop, R&B, and orchestral recordings of the 1990s, 2000s, and beyond.

As Brainworx explains, the new  bx_console SSL 9000 J plug-in was developed using the original Solid State Logic 9000 J schematics and built by using component modeling in close collaboration with SSL engineers. Additional refinement of the exacting emulation came courtesy of Grammy Award-winning mix engineer Michael Brauer, who helped Brainworx by matching the plugin's sound and behavior to the SSL 9000 J he personally used on countless Gold- and Platinum-selling records throughout his celebrated career.

Musically, Michael Brauer and other top-tier mix engineers also have helped create a rich menu of presets so users of the bx_console SSL 9000 J plug-in can get going without necessarily needing to start from scratch. But better still, the bx_console SSL 9000 J plug-in was taken to the next level by Brainworx adding powerful plugin-only features, such as continuously variable THD (Total Harmonic Distortion) and V GAIN (virtual gain) controls to add colorful saturation and/or simulated analog noise independently or globally — changeable across all plug-in instances. In addition to the original EQ, Dynamics, and Filters sections, it also features switchable EQ modes between E- and G-style filters.

Notable 9000 Series-only dynamics features such as ‘peak detect’ and expander/gate ‘hold’ are all present and correct, accessible via a scalable UI (User Interface) to adapt to various screen sizes and workflows. With 72 different TMT channel emulations in one plug-in, bx_console SSL 9000 J users will be able to work with a unique console emulation, with the proper scale of a multichannel configuration.

“The bx_console SSL 9000 J was the missing link going hybrid and in the box,” says Michael Brauer, which successfully worked for years with Solid State Logic’s legendary large-format 9000 J Series console in his previous New York studio, before bravely moving into a hybrid situation at his new cutting-edge mixing studio, BrauerSound.