Three years past since the acquisition of Bowers & Wilkins by Silicon Valley investment firm EVA Automation, a year since the opening of its brand new Southwater Research & Engineering (SRE) center in the United Kingdom, and less than six months since the appointment of Gregory Lee as Chief Executive Officer, Bowers & Wilkins announced a completely new family of wireless audio products, directly aimed at a new generation of users for the prestigious brand. Outstanding features include AirPlay 2 compatibility, Wi-Fi and wired Ethernet connections. 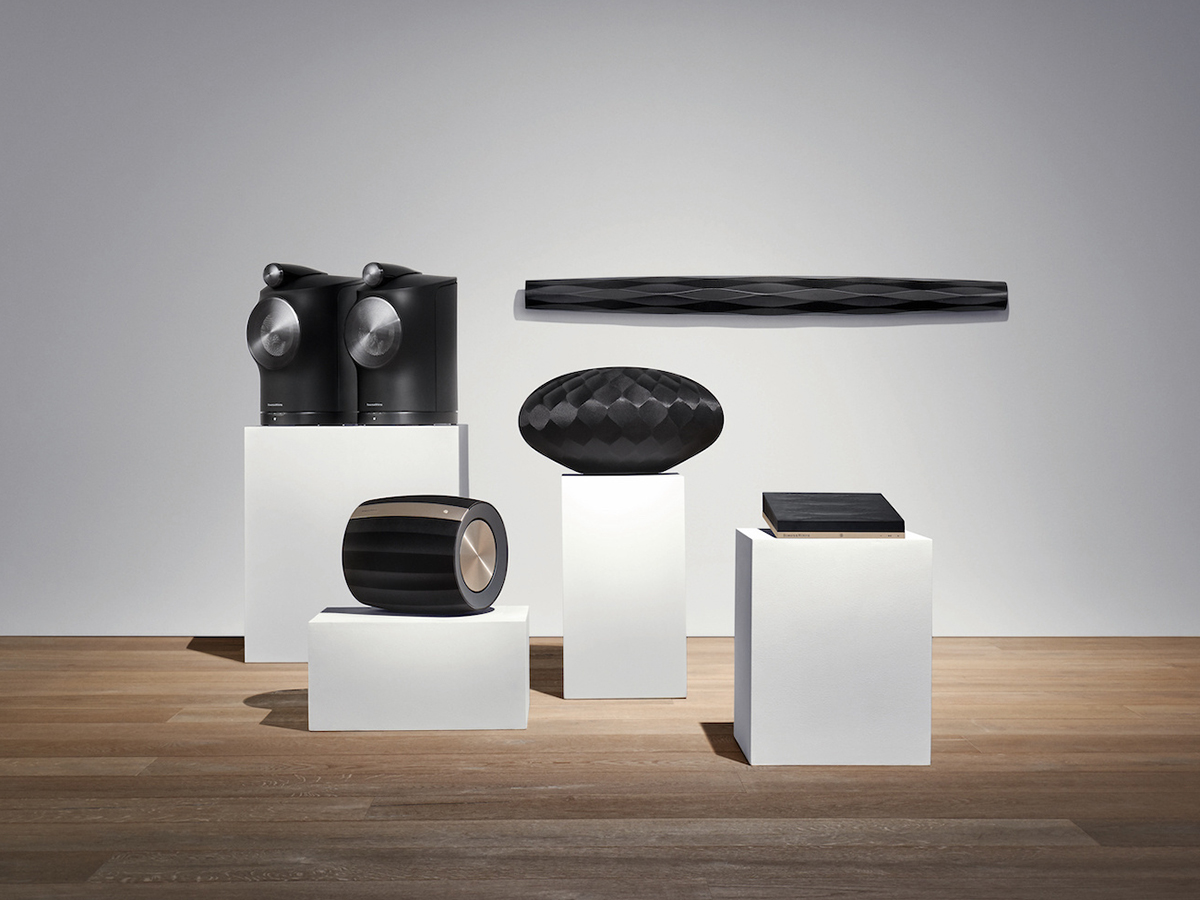 Three years past since the acquisition of Bowers & Wilkins by Silicon Valley investment firm EVA Automation, a year since the opening of its brand new Southwater Research & Engineering (SRE) center in the United Kingdom, and less than six months since the appointment of Gregory Lee as Chief Executive Officer, Bowers & Wilkins announced a completely new family of wireless audio products, directly aimed at a new generation of users for the prestigious brand. Outstanding features include AirPlay 2 compatibility, Wi-Fi and wired Ethernet connections.

The Formation Suite is Bowers & Wilkins attempt to position itself above the competition in the whole home audio market segment, while still maintaining its position as an upscale brand targeted at those users willing to spend a little more for the brand. Introduced as "the first wireless speakers system that provides wired fidelity, wirelessly," the Foundation range includes five totally different products, starting with the more traditional Formation Duo wireless active speakers and Formation Bass subwoofer, followed by the Formation Wedge, a portable wireless speaker that evolves directly foundation of the popular Zeppelin, now with improved specifications. The Foundation range also includes a versatile soundbar with a design that follows closely the Wedge look - and could very well share a living room with it - and finally, the Formation Audio box, which is essentially a network streamer for those homes who have invested already too much in traditional passive systems and need a solution for multi-room audio integration. All five products can be configured and controlled using the dedicated app (iOS and Android) with a streamlined user interface. 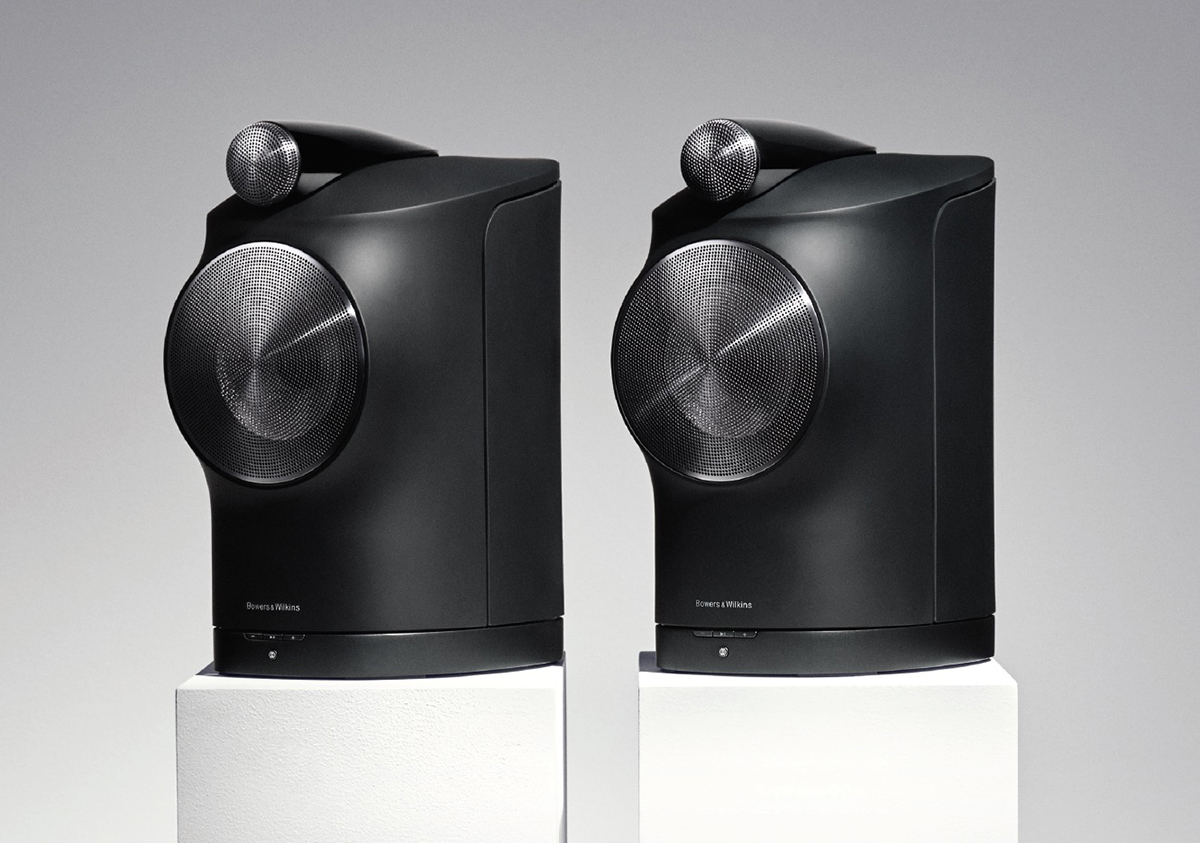 The Bowers & Wilkins Formation Duo is probably the most recognizable product of the Formation family, being wireless speakers that share much of the design principles of the brand's more recent speakers. Each one features B&W's patented, 1" Carbon Dome, tweeter-on-top technology, and the same Continuum cone 6.5" driver found on the 800 Series Diamond speakers, coupled with the range Formation Wireless Technology with up to 24-bit/96kHz support. Users will be able to connect the Duo speakers to Apple AirPlay 2 (at up to 24-bit/48kHz) and explore the Spotify Connect and Roon Ready features that are built-in. The electronics include network (RJ45 Ethernet or WiFi) connectivity, Bluetooth input (albeit a modest Bluetooth v4.1 Class 2 module with aptX HD, AAC and SBC support), a built-in 125 watt Class-D module, and finally a Digital Signal Processing (DSP) module with dynamic EQ features. There is a USB port but is used for service only.

The Format Duo active speakers cost $3,999.99 (per pair), which should not be considered expensive for those users who recognize the Bowers & Wilkins prestige. Considering they look like traditional B&W speakers and actually have a Bowers & Wilkins logo in the front, for many these will be the cheapest entry-ticket in the brand's exclusive club. And that is part of the strategy.

The interesting detail regarding the Formation Wireless Technology module that is common with all products in the range is the fact that they will create a mesh network. Each product in the network dynamically chooses the optimal path to route audio-data between products, in order to ensure a robust streaming experience. The solution is certified for High Network Availability (HiNA) and conforms to the appropriate power requirements set out in the European directive for energy-related products (ErP). According to B&W, the Duo speakers will consume below 6 watts when in sleep mode. 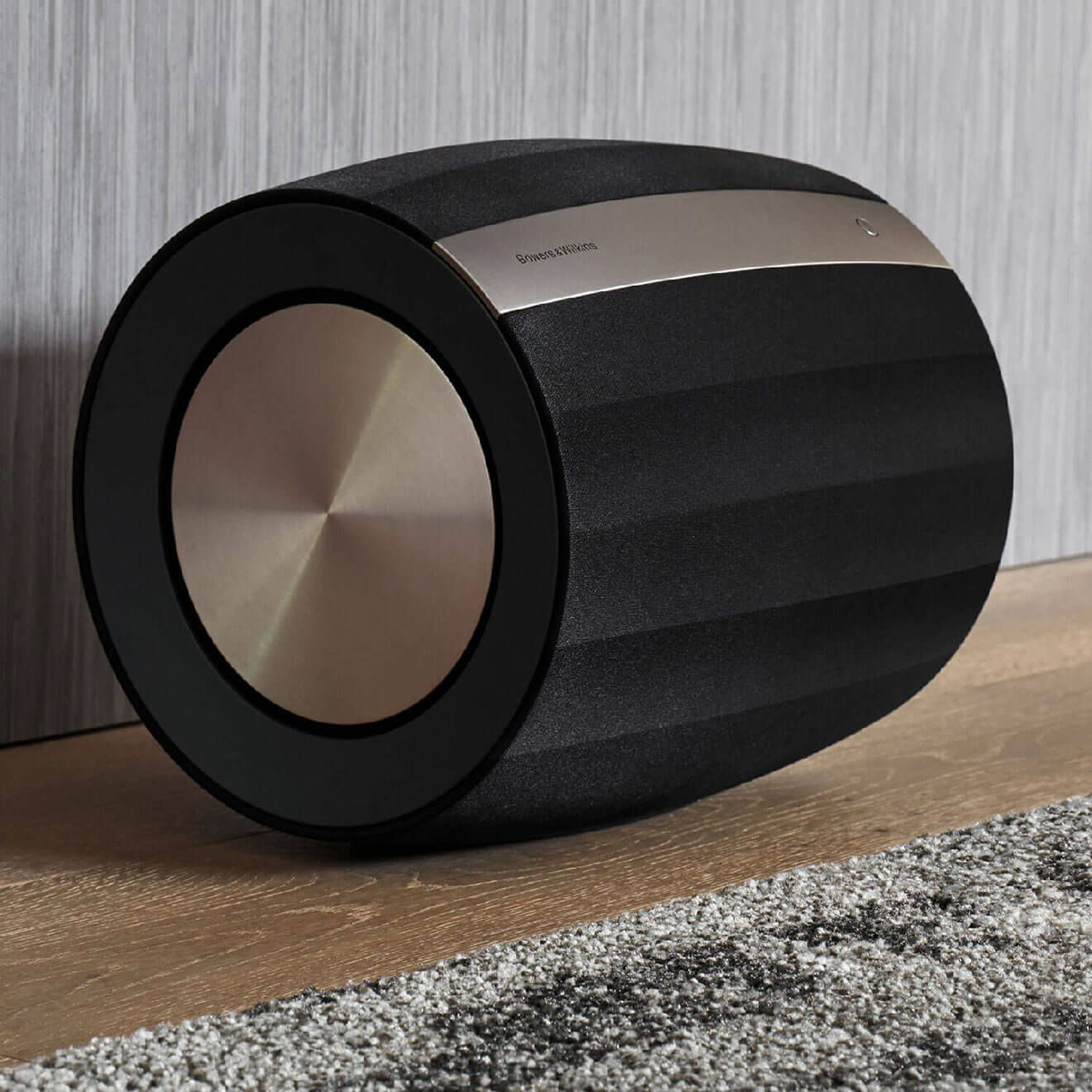 The wireless Formation Bass unit - $999.99 retail - was basically designed to complement the Formation Duo speakers, using a unique patented cylindrical design that enables the use of opposed 6.5" long-throw dual drivers to reduce distortion, while a powerful Class D amplifier with Dynamic EQ delivers the subwoofer punch. This is the only product in the Formation range that was design exclusively to connect to the other Formation products via RJ45 Ethernet or WiFi. 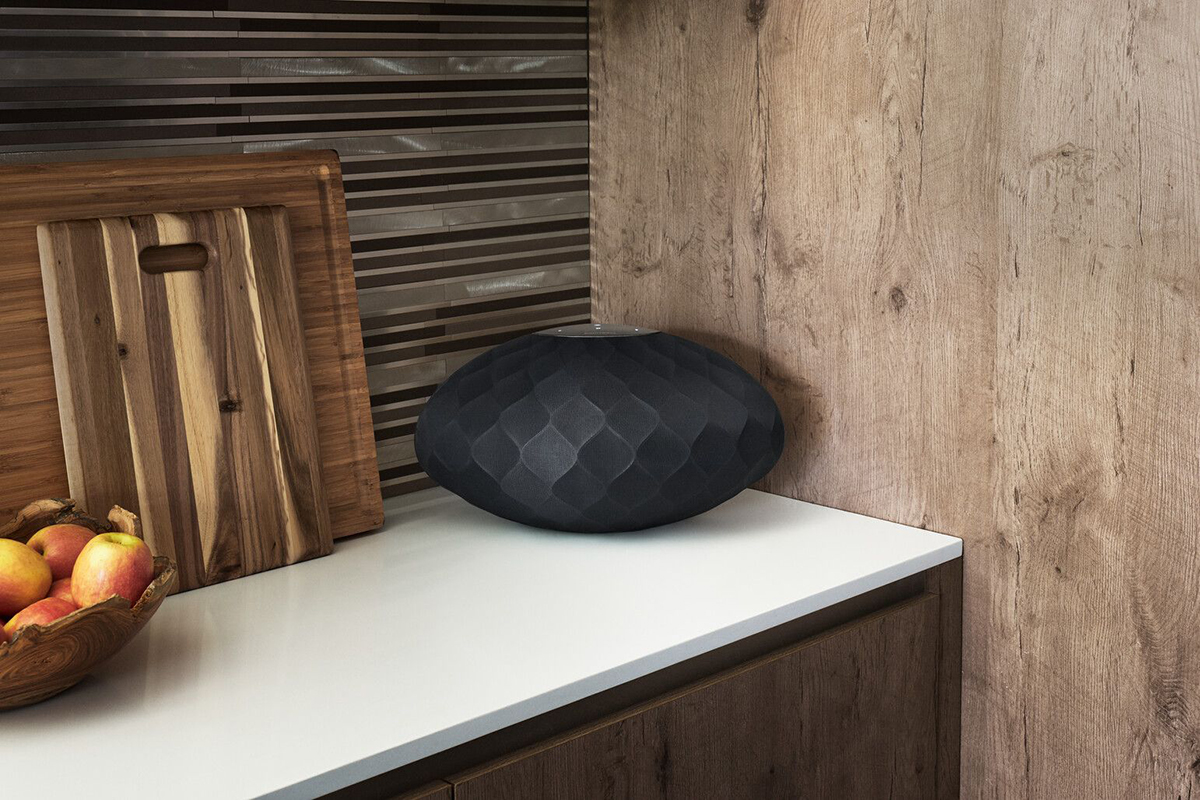 The Formation Wedge is a portable wireless speaker that shares most of the specifications in the series, contained in a single cabinet and featuring a double dome tweeter configuration, two midrange drivers and a woofer, all powered by an internal amplification system that delivers 40 watts to the tweeters and mids and 80 watts to the subwoofer section. The new design tries to maximize the already impressive room-filling experience of the Zeppelin, now in a larger and more robust design "meant to please the eyes as well as the ears," as the company states. The unique 120-degree elliptical speaker shape was created to hold the full-range of high frequency, midrange and subwoofer components for a true stereo effect, with calculated, angled drivers so sound reaches every part of a room. The speaker will stream in 24/96 quality and sync easily with other Formation speakers for a complete multiroom set up. At $899.99 retail it's probably the most "upscale" of the series' products (especially if it is going to sit in a kitchen corner...). 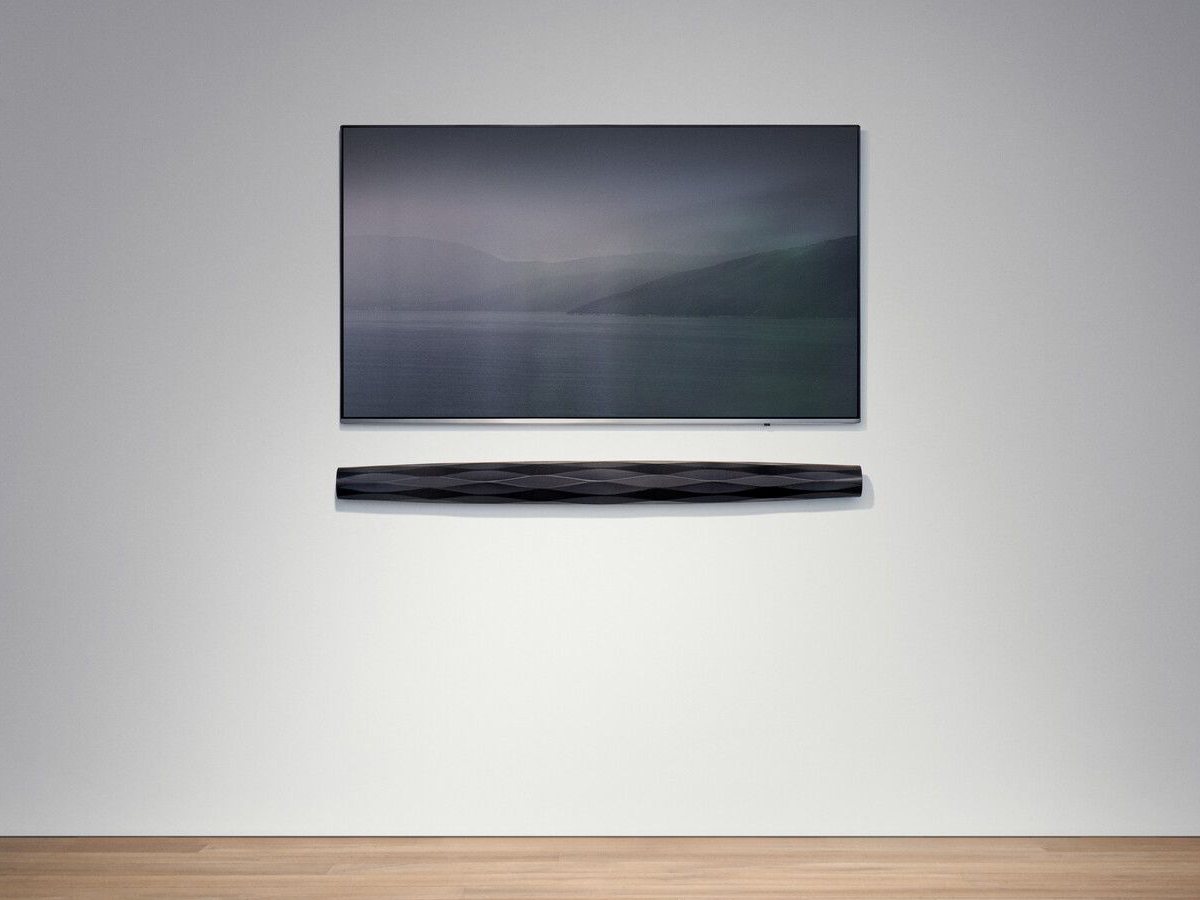 Also interesting is the design of the brand new Formation Bar soundbar unit, which effectively condenses the same wireless audio platform in the specific form-factor of a speaker designed to seat under the TV and be the centerpiece of an entertainment living-room area. As Bowers & Wilkins explains, wireless soundbars are supposed to help give a full, immersive home theatre sound experience in a compact design, but often they fall short, with too few speakers that aren’t placed at an optimum angle due to the limited shape and size. For the Formation Bar, B&W has focused on sound quality, using nine optimized drive units, optimally positioned in a sleek design to create a wider, all-inclusive, soundstage, while a dedicated centre channel layers in crisp, clear dialogue. The drivers include three 1" double dome tweeters and six 2.6" woven glass fibre cone bass/midrange units, delivering a frequency response down to 40Hz, using six 40W amplification channels. The electronics and wireless module follow what we described for other Formation products, adding the specific digital signal processing to deliver immersive sound with Dolby Digital. The fact that the Formation Bar features Apple AirPlay 2 and Spotify Connect - and can be reinforced with the Formation Bass subwoofer - makes it a very versatile soundbar for just $1,199.99. 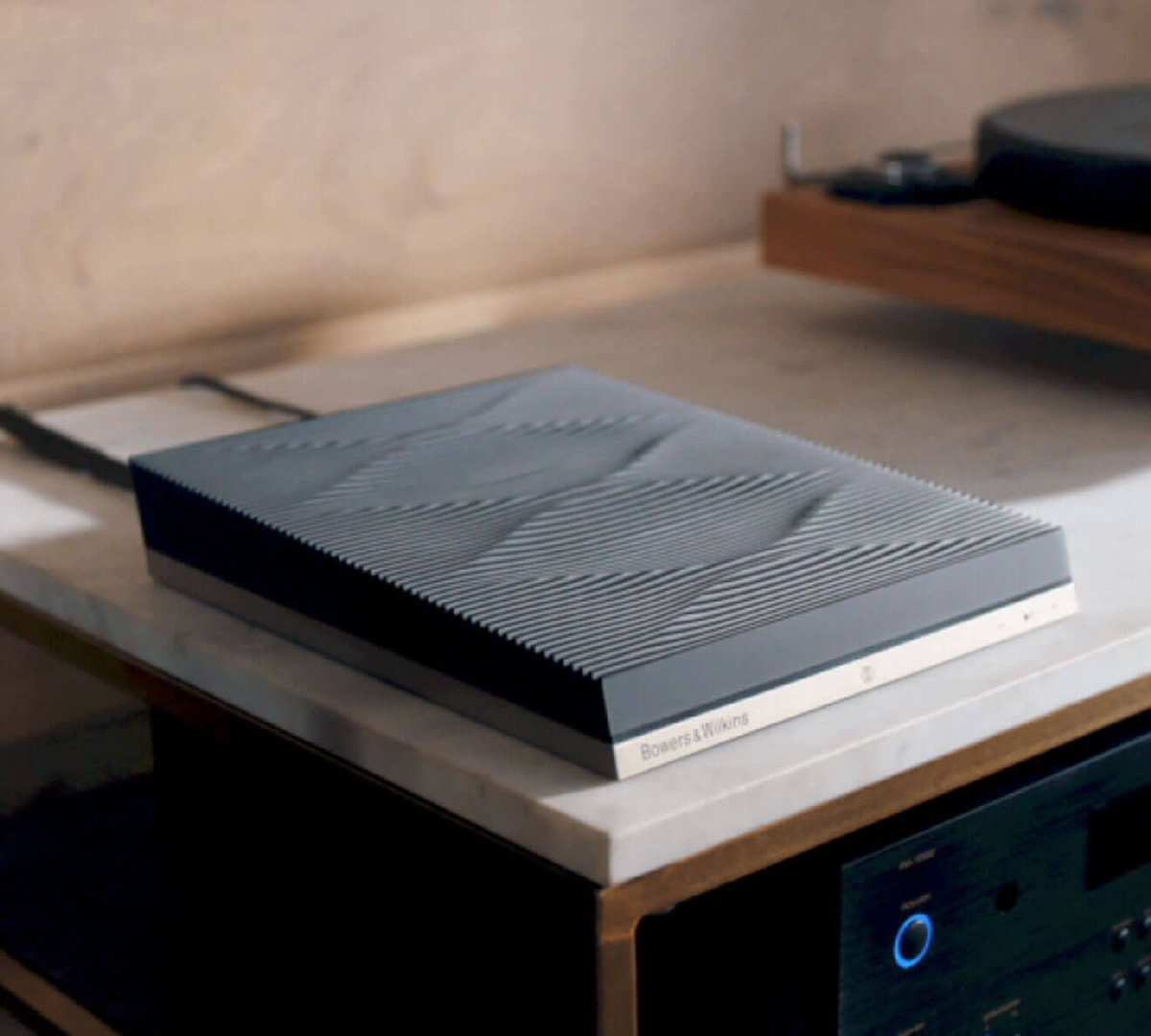