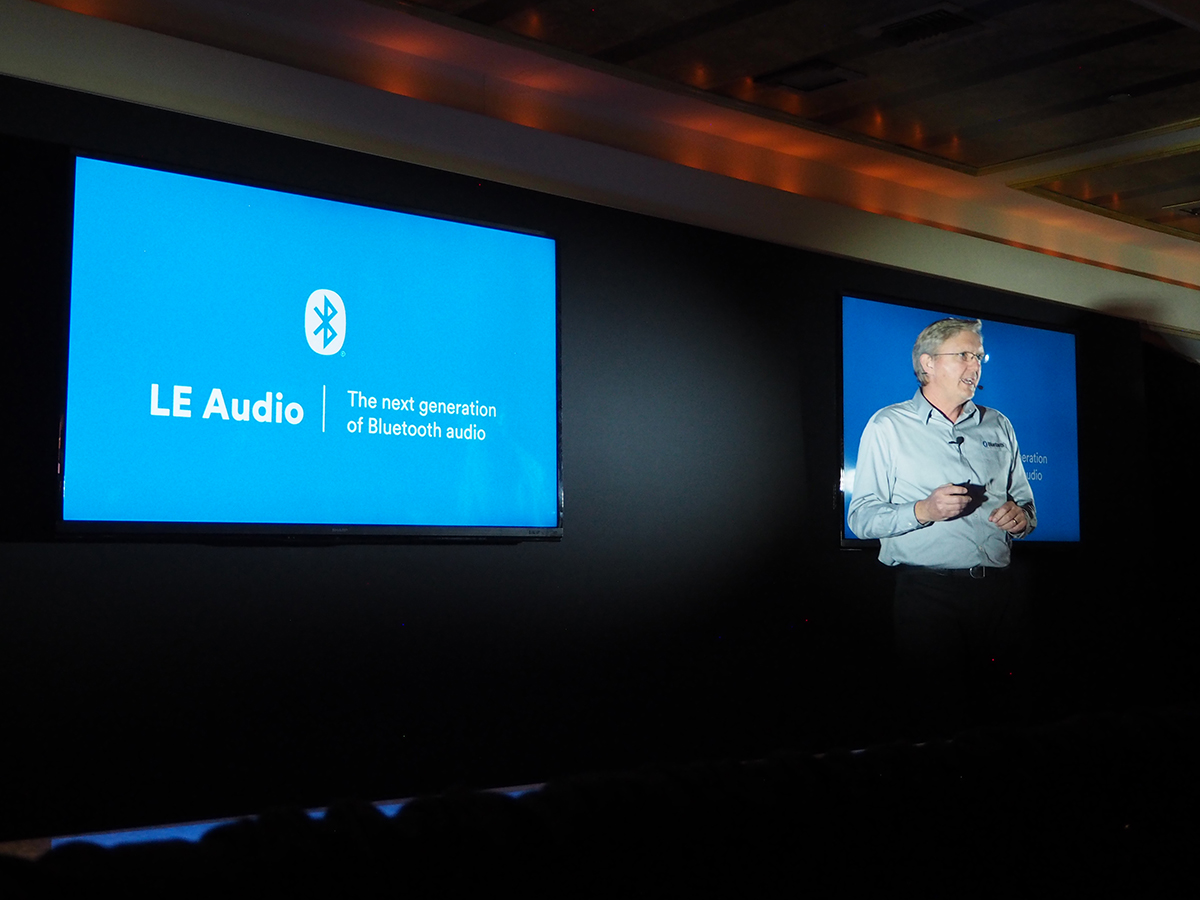 Bluetooth audio will support two operation modes. LE Audio will operate on the Bluetooth Low Energy (LE) radio while Classic Audio - “classic” being the new designation for what we have today - operates on the Bluetooth Classic radio (BR/EDR). LE Audio will support development of the same audio products and use cases as Classic Audio, while introducing new features to improve their performance as well as enable new ones. 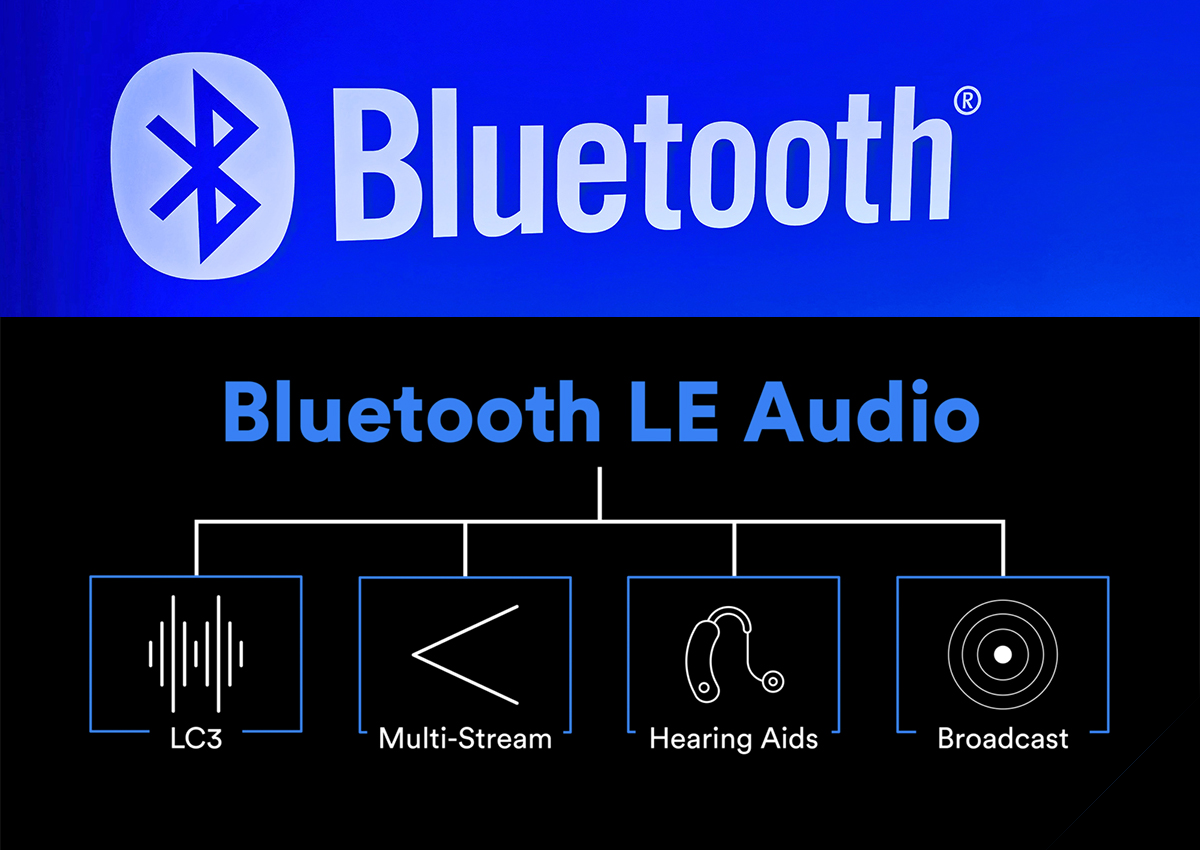 As one of its main building blocks, LE Audio will include a new high-quality, low-power audio codec, called Low Complexity Communication Codec (LC3) for Higher Quality and Lower Power. Providing high quality even at low data rates, LC3 will bring tremendous flexibility to developers, allowing them to make better design tradeoffs between key product attributes such as audio quality and power consumption.

“Extensive listening tests have shown that LC3 will provide improvements in audio quality over the SBC codec included with Classic Audio, even at a 50% lower bit rate,” says Manfred Lutzky, Head of Audio for Communications at Fraunhofer IIS, the the research institute responsible for LC3. “Developers will be able to leverage this power savings to create products that can provide longer battery life or, in cases where current battery life is enough, reduce the form factor by using a smaller battery.”

Among the main uses cases, enabled by Bluetooth LE Audio and the new low-power LC3 codec, is the possibility to multi-stream audio for better performing true wireless earbuds. Multi-Stream Audio will enable the transmission of multiple, independent, synchronized audio streams between an audio source device, such as a smartphone, and one or more audio sink devices. And Audio on Low Energy, means devices capable of both wireless data transfer and audio streaming using a single mode Bluetooth LE radio. 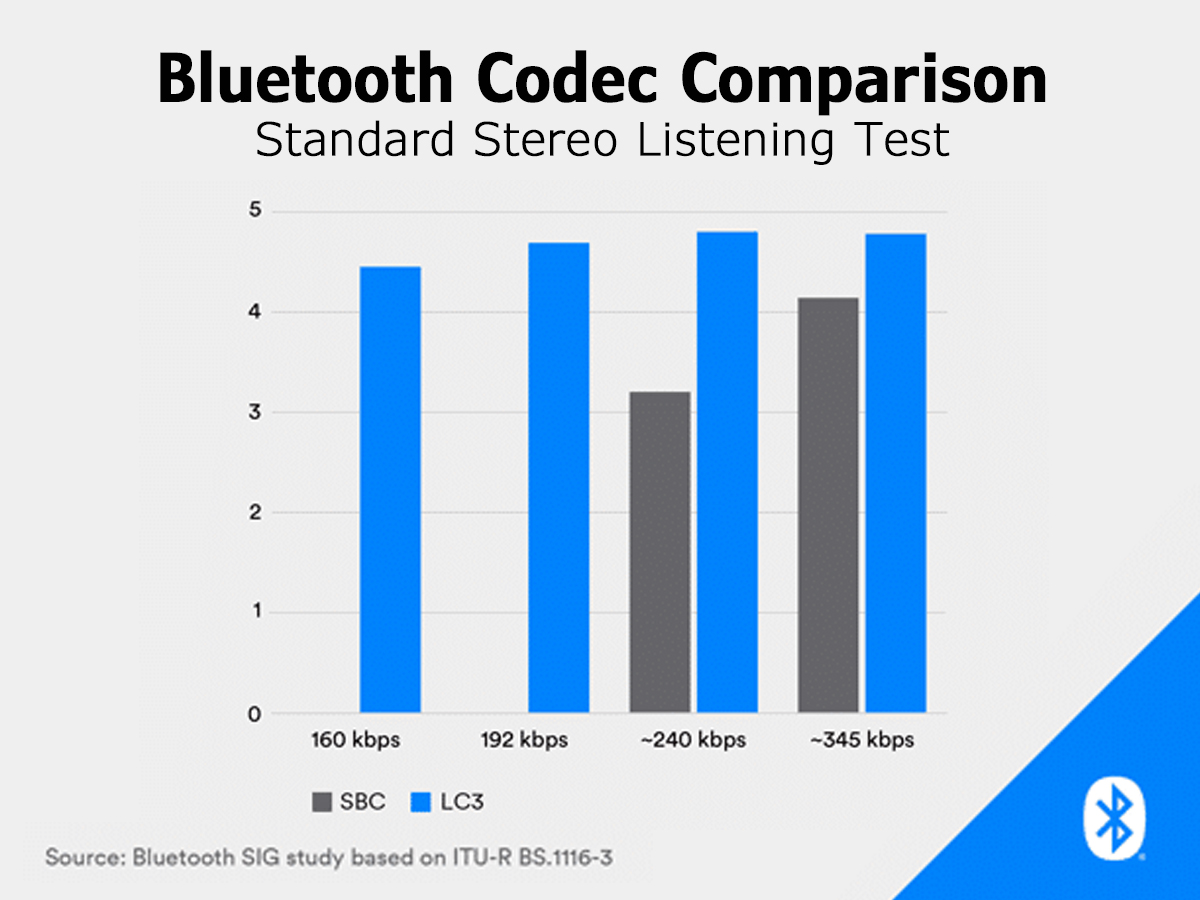 Power reductions will depend on implementation and product usage. Listening tests have shown that the LC3 codec can provide higher audio quality than the current SBC codec when operating at that same bit rate (and same power consumption), as well as provide the same, or slightly better, audio quality as SBC at less than half the bit rate (half the power consumption).

As a result, product developers focused on providing the highest audio quality might choose to implement LC3 in a way that would provide higher audio quality than products today but with the same battery life. Other developers focused on battery life might choose to implement the LC3 codec to provide longer battery life – up to double – than products today but deliver the same audio quality. Or they may choose something in between, where the product would provide slightly better audio quality than today as well as up to a 50 percent increase in battery life. And while support for LC3 will be mandatory, LE Audio will allow for the addition of optional codecs as well as the use of custom codecs.

These capabilities will mean developers will also have the tools to develop enhanced hearing aids, building on the low power, high quality, and multi-stream capabilities of LE Audio. While Bluetooth audio has brought significant benefits to a large percentage of the global population, with wireless calling, listening, and watching, LE Audio will enable the development of Bluetooth hearing aids that bring all the benefits of Bluetooth audio to the growing number of people with hearing loss.

“LE Audio will be one of the most significant advances for users of hearing aids and hearing implants,” says Stefan Zimmer, Secretary General of EHIMA, the European Hearing Instrument Manufacturers Association. “EHIMA engineers have contributed their specialist knowledge to improve the audio experience especially for hard of hearing people. As a result, within a few years most new phones and TVs will be equally accessible to users with hearing loss.” 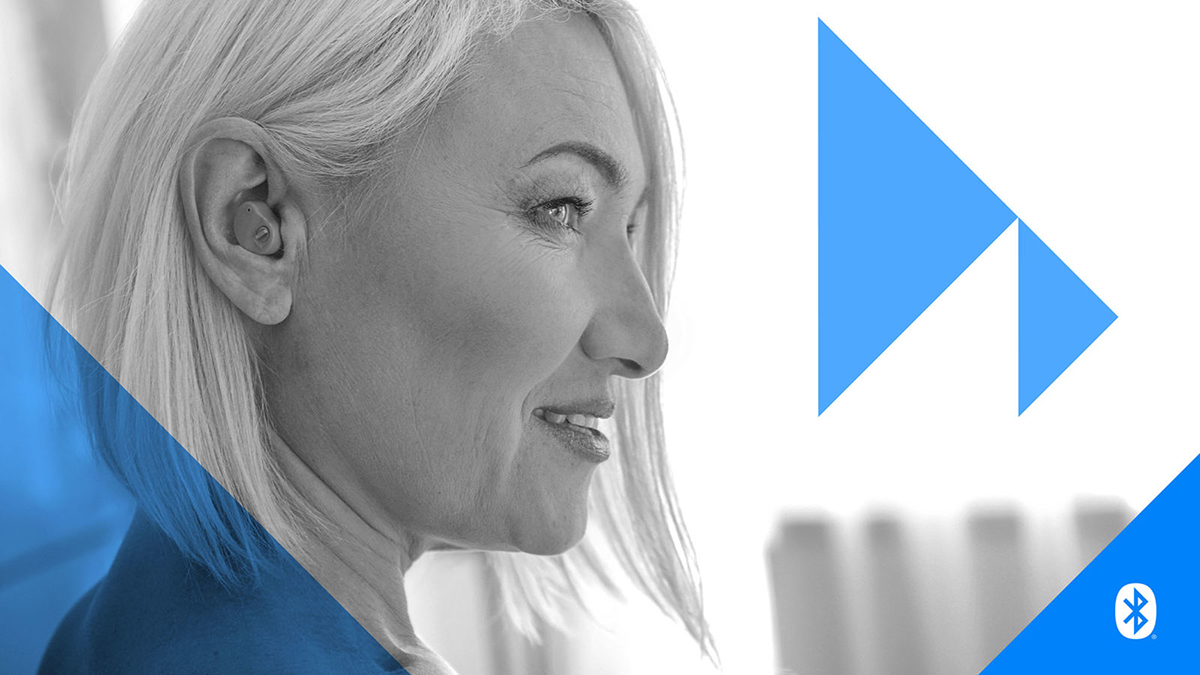 Other exciting possibilities for LE Audio are Broadcast Audio, which opens significant new opportunities for innovation, including the enablement of a new Bluetooth use case, Audio Sharing. This enables an audio source device to broadcast one or more audio streams to an unlimited number of audio sink devices. This paves the way for assistive listening applications in classes and auditoriums, multi-language distribution during live shows, silent-discos, or simply being able to tune into a specific TV channel while running at the gym, or tune into the TV audio on the sports game at the bar.

“Location-based Audio Sharing holds the potential to change the way we experience the world around us,” says Peter Liu of Bose Corporation and member of the Bluetooth SIG Board of Directors. “For example, people will be able to select the audio being broadcast by silent TVs in public venues, and places like theatres and lecture halls will be able to share audio to assist visitors with hearing loss as well as provide audio in multiple languages.”

The Bluetooth specifications that define LE Audio are expected to be released throughout the first half of 2020 and are part of the new Bluetooth Core Specification Version 5.2, which includes three primary updates. Products that support LE Audio will also support LE Isochronous Channels and brings an isochronous data transport option to the Bluetooth Low Energy radio. This will be an end-to-end solution, that requires sinks and sources to use the same approach.
www.bluetooth.com
related items