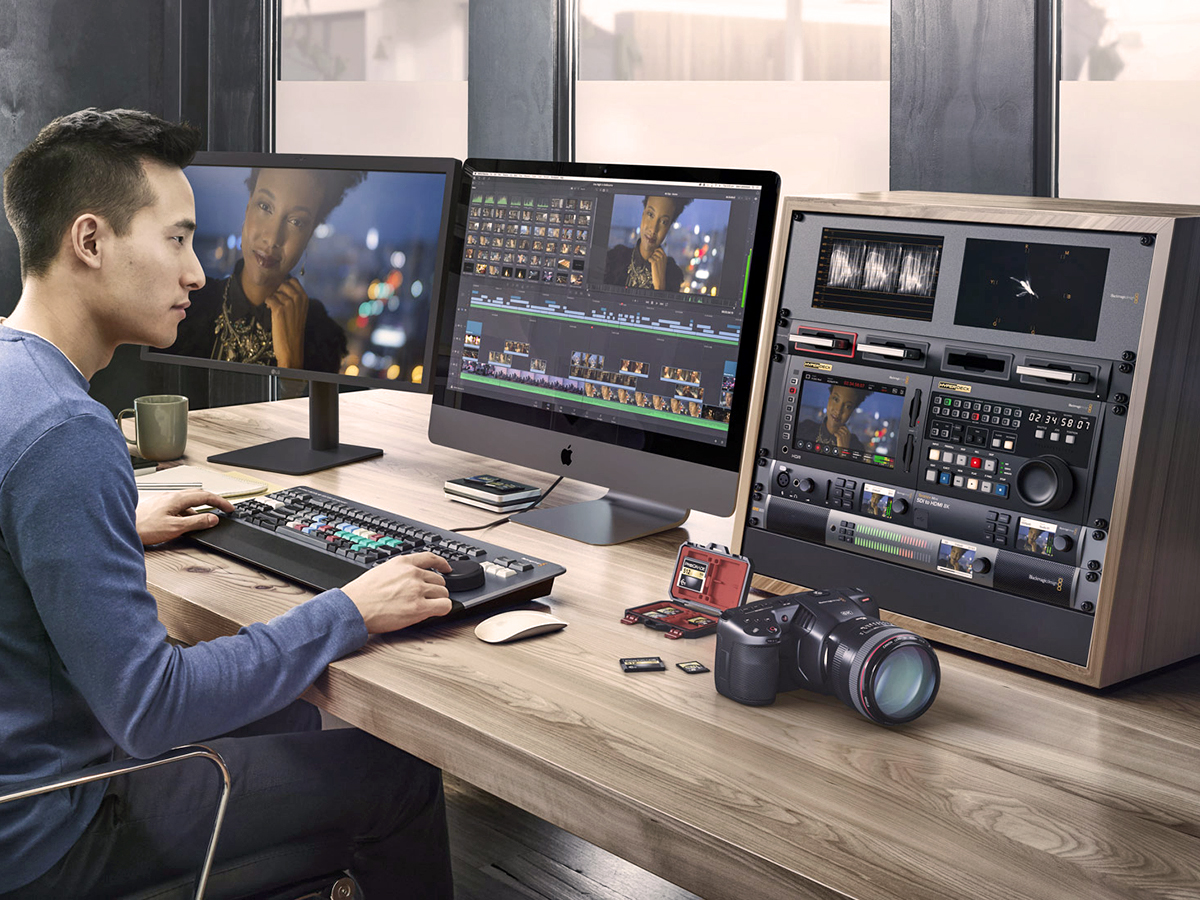 The audio user interface now also benefits of many improvements, such as support for clipping indicator for main buses on the Fairlight mixer, support for enabling extended bounce tail durations from the option menu for audio clips with reverb and other tail effects, support for customizing the tail duration threshold for reverb and other tail effects, and support for automatically enabling Insert In for an audio track when manually patching track inputs. There's also an improvement in performance when loading and switching timelines, when generating waveform profiles for nested timelines, and peak hold and decay behavior for meters in FairlightFX plugins. Finally, one the audio front, the company introduced support for displaying and persisting individual audio effect windows on top of other windows.

As the large film studios that use DaVinci Resolve for most of the world’s feature films need to get their systems updated before the next programming season starts, this new public beta lets Blackmagic Design continue to develop new ideas without causing delays for the large studios who need a finished and well tested release of DaVinci Resolve. Apart from the audio features described, the new version is focused mostly on the new cut page, which continues to evolve around Blackmagic's declared goal of making it "the world’s fastest editor."

In general, the new software update improves on the intelligent features that Blackmagic introduced in version 16, creating faster ways to work in areas where the computer can actually help the user. Blackmagic calls it "smart features." Things like the new Smart Indicator in the cut page, which works by estimating where the editor wants to add an edit or transition and then allowing it to be applied without the wasted time of placing in and out points on the exact locations of the clips. In complex edits, the new smart indicator provides a small marker in the timeline so users get constant feedback on where DaVinci Resolve will place edits and transitions. The new smart indicator constantly live updates as the editor moves around the timeline. 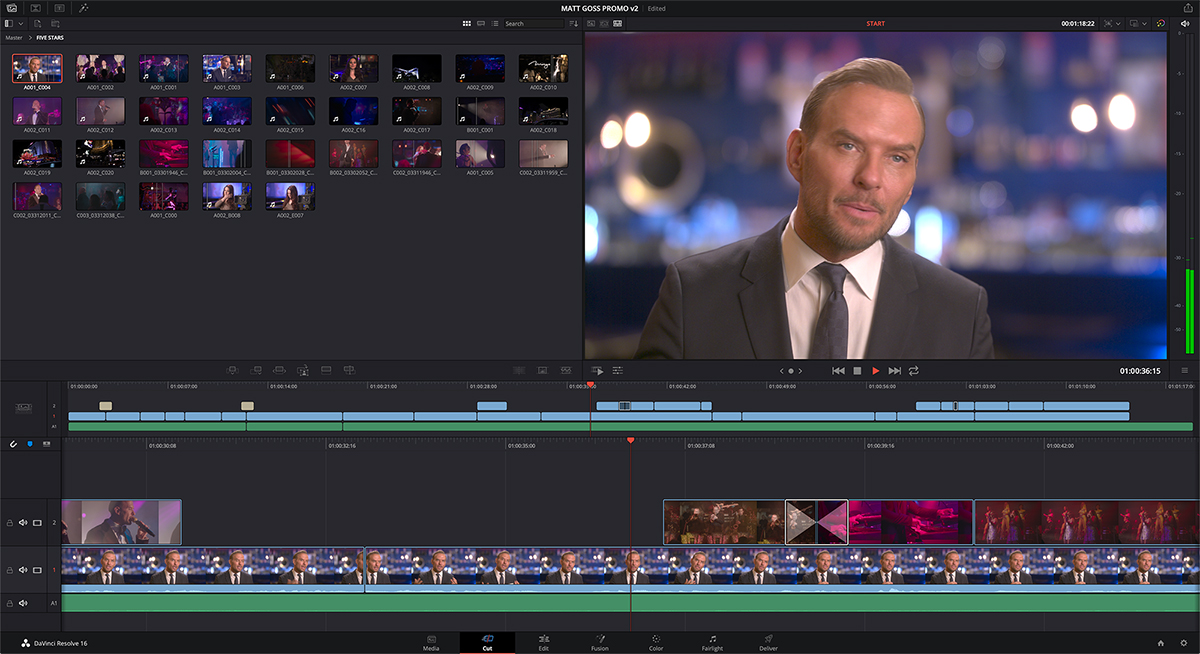 DaVinci Resolve 16.1 also includes a cut clip icon in the user interface and simply clicking on it will slice the clips in the timeline at the CTI point. And sometimes, when there is little time to continuously play an edit to see where the sequence gets a bit boring, DaVinci Resolve 16.1 introduces a new Boring Detector that allows the whole timeline to be highlighted where any shot is too long and would be boring for a viewer to watch. The boring detector can also show jump cuts where shots are too short as well.

One of the most powerful features of DaVinci Resolve 16.1 is the new sync bin. The sync bin is a digital assistant editor which constantly sorts through thousands of clips and finds only the clips users need and displays them synced to the point in the timeline customers are on. It uses date and timecode to find and sync clips, and simply by using metadata and locking cameras to time of day, users can save time in the edit. This completely changes how multicamera editing can be completed. The software is also able to sync shots from cameras without timecode, only based on audio detection.

Another smart image analysis improvement is the close up edit feature, which has now been enhanced in DaVinci Resolve 16.1 and does face detection and analysis and will zoom the shot to create better framing based on positioning the face of a person.

"We are excited about this update as it has more new features that bring a totally new way to solve complex editing problems," says Grant Petty, Blackmagic Design CEO. "These new features have never been done before and we are trying new ideas that we have developed in collaboration with our customers. It's very exciting to be doing things that are totally new and never been tried before!"